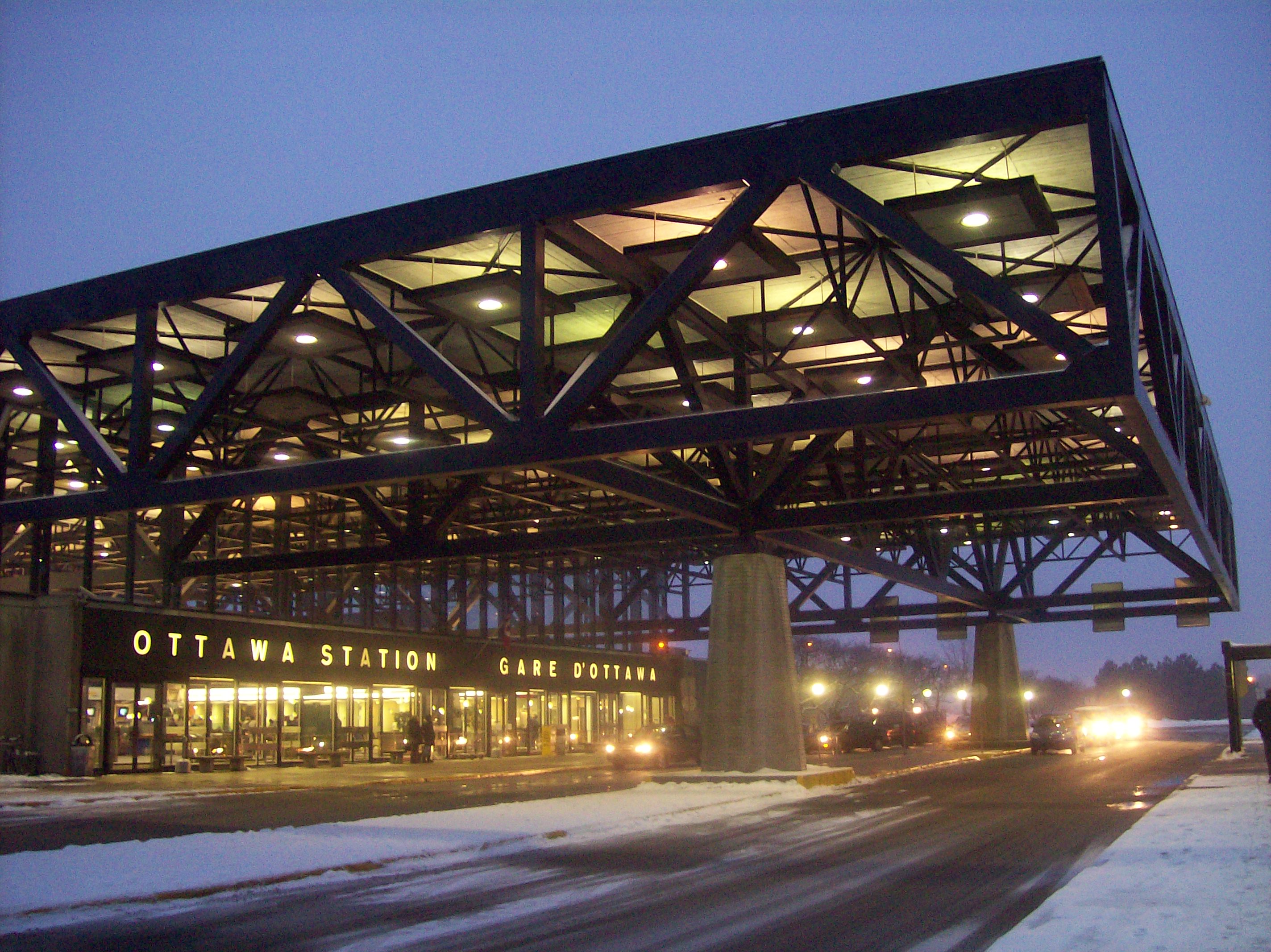 I have always liked the humble yet enticing Ottawa Train Station. Simple in concept, it evokes the lofty expanses of the train stations of old while in no way copying their form. A very deep space truss system is held aloft by beefy columns, enclosed by much glazing that brings light deep within. A circular and somewhat sculptural ramp at the far end provides access to the rather mundane platforms outside. And that’s it. The space within is otherwise left open.

What has been placed in that space is, unfortunately, rather uninspired and underwhelming, and the aforementioned platforms are also rather pedestrian. However, the simple gesture and language of the structure itself still speaks volumes, and provides a nice point of arrival and departure to those who are willing to take it in.