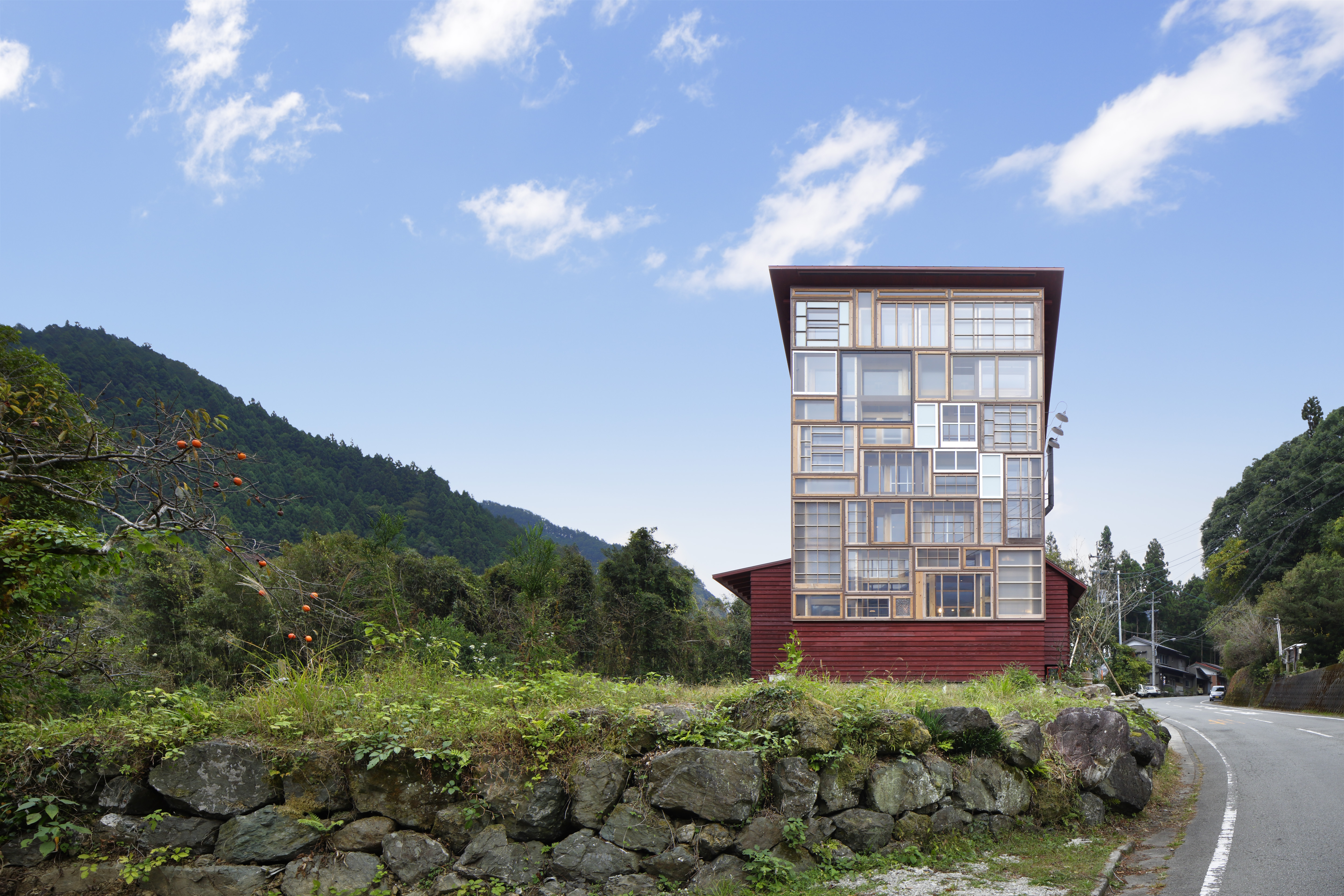 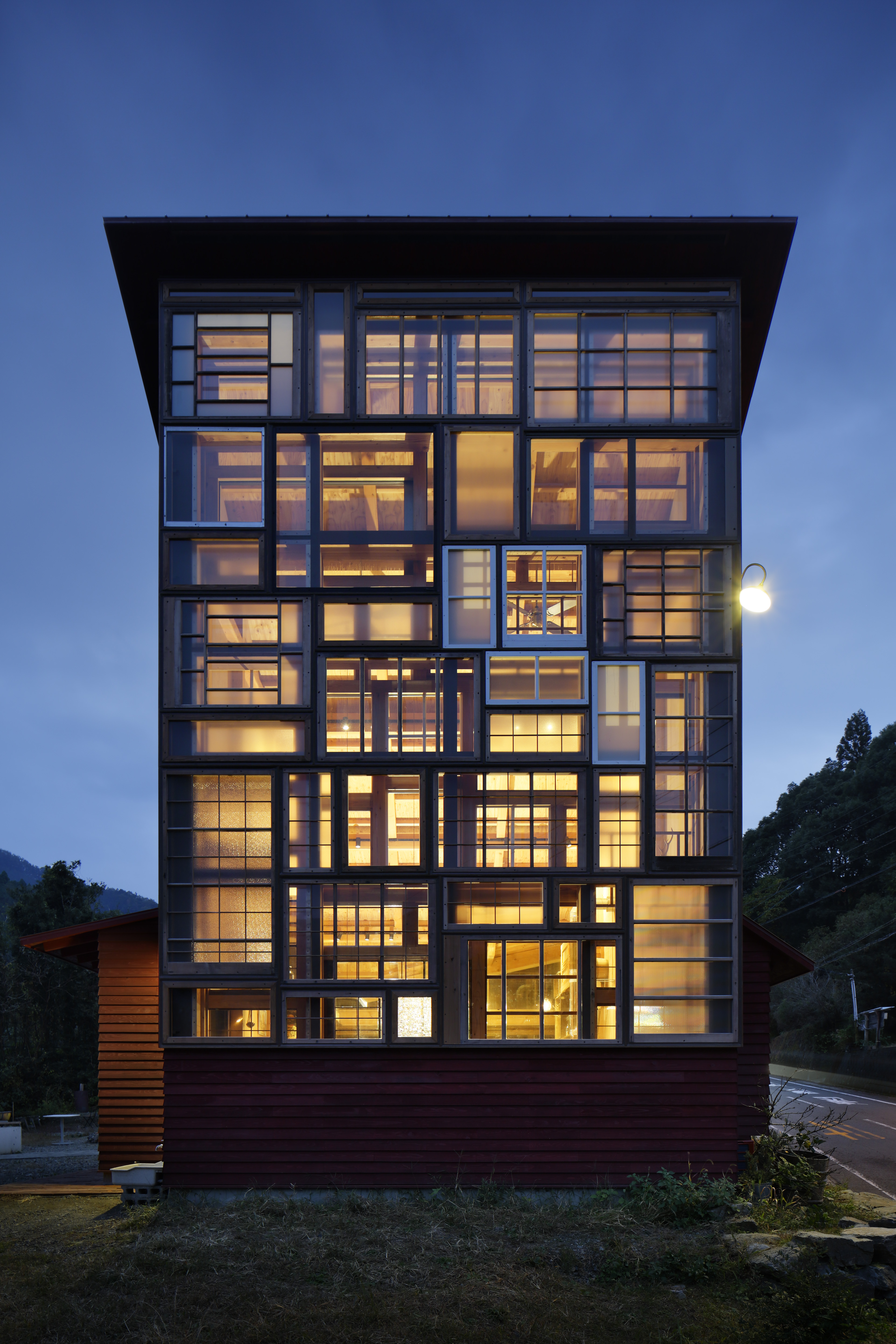 Oh my, I love this!  That crazy amazing facade of windows upon windows upon windows is great in its own right, but its backstory is even sweeter:  they are all reclaimed.  Every single one of them had a previous life.  And it doesn’t stop with just the windows:  old farm equipment is reborn as furniture, bottles become light fixtures, bricks and wood and more are all given a second career. 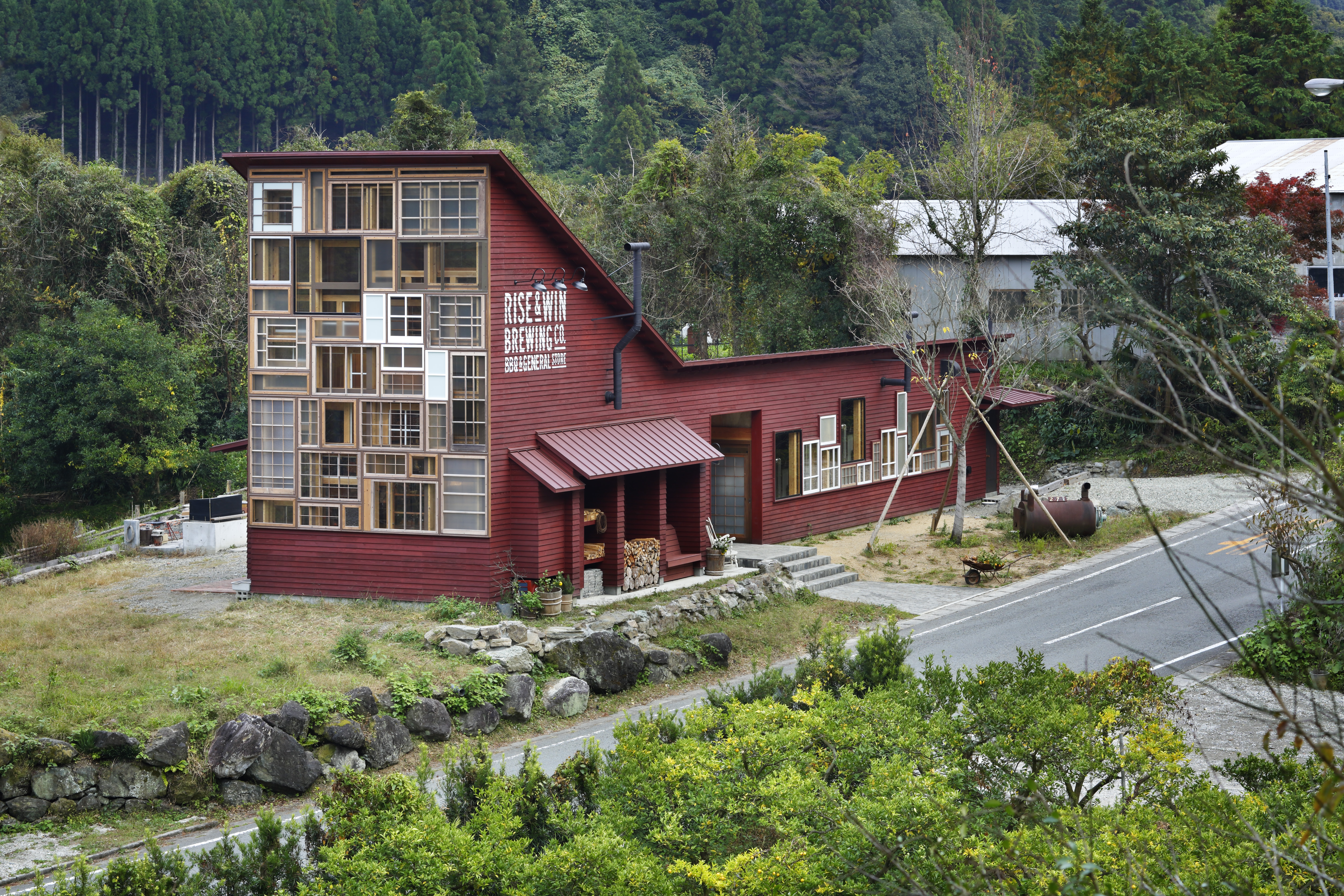 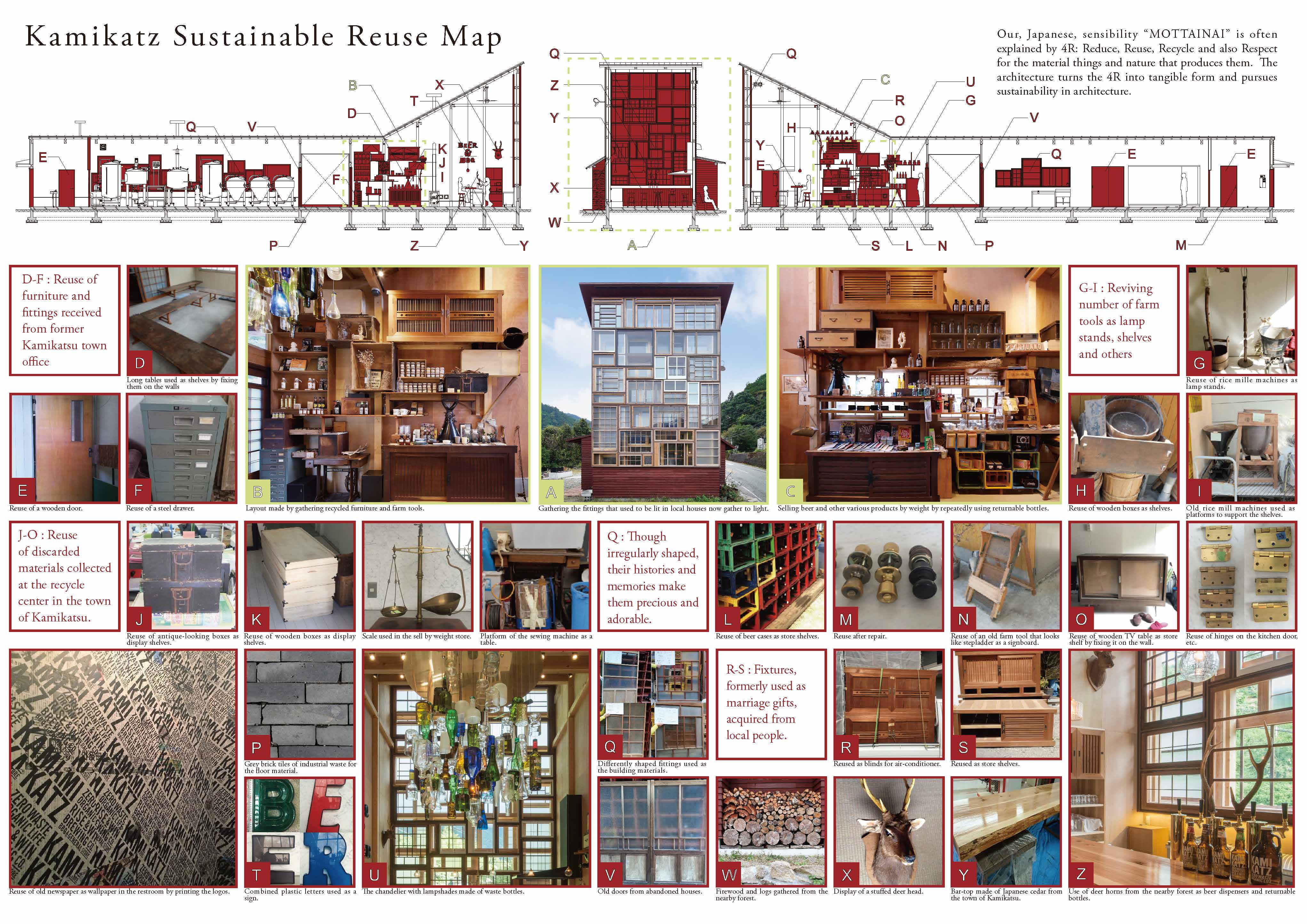 This community building is literally built from bits that have histories from within the the community.  It’s a reuse gem. 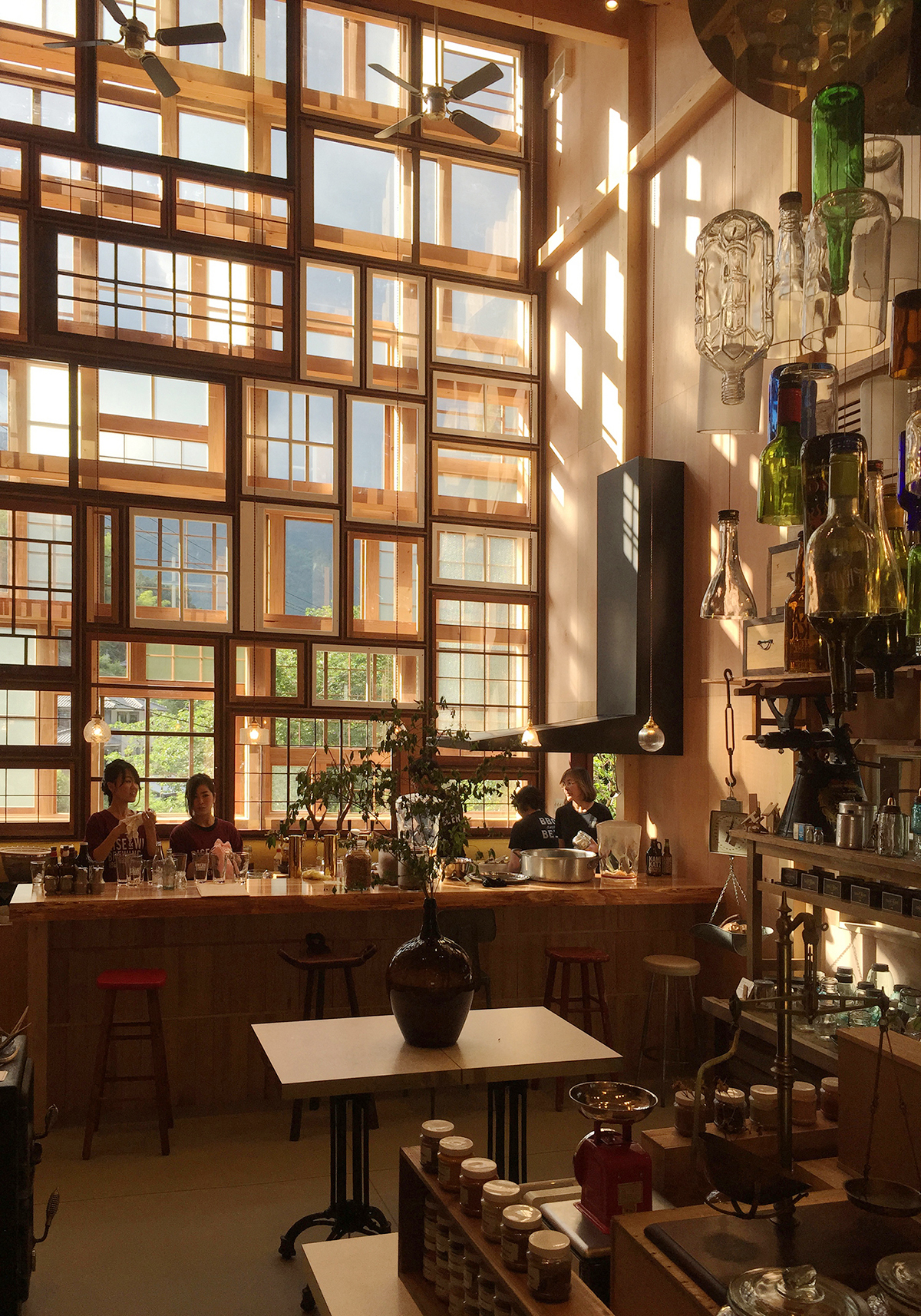 Those windows look great on the outside, and they glow magnificently like a lantern at night, but wow is it even better inside.  The twin-layer of the irregular windows creates an absolutely marvelous space, a complex intricacy of lines and patterns and shapes (almost a Mondrian painting) that in turn creates a tableau of light and shadow, both on the windows themselves and projected onto the walls.   And that rising roofline, beneath which sits the shop and taproom, contrasts so nicely with the more compact brewery, exploding the senses upward and outward in elation.  It’s exhilarating. 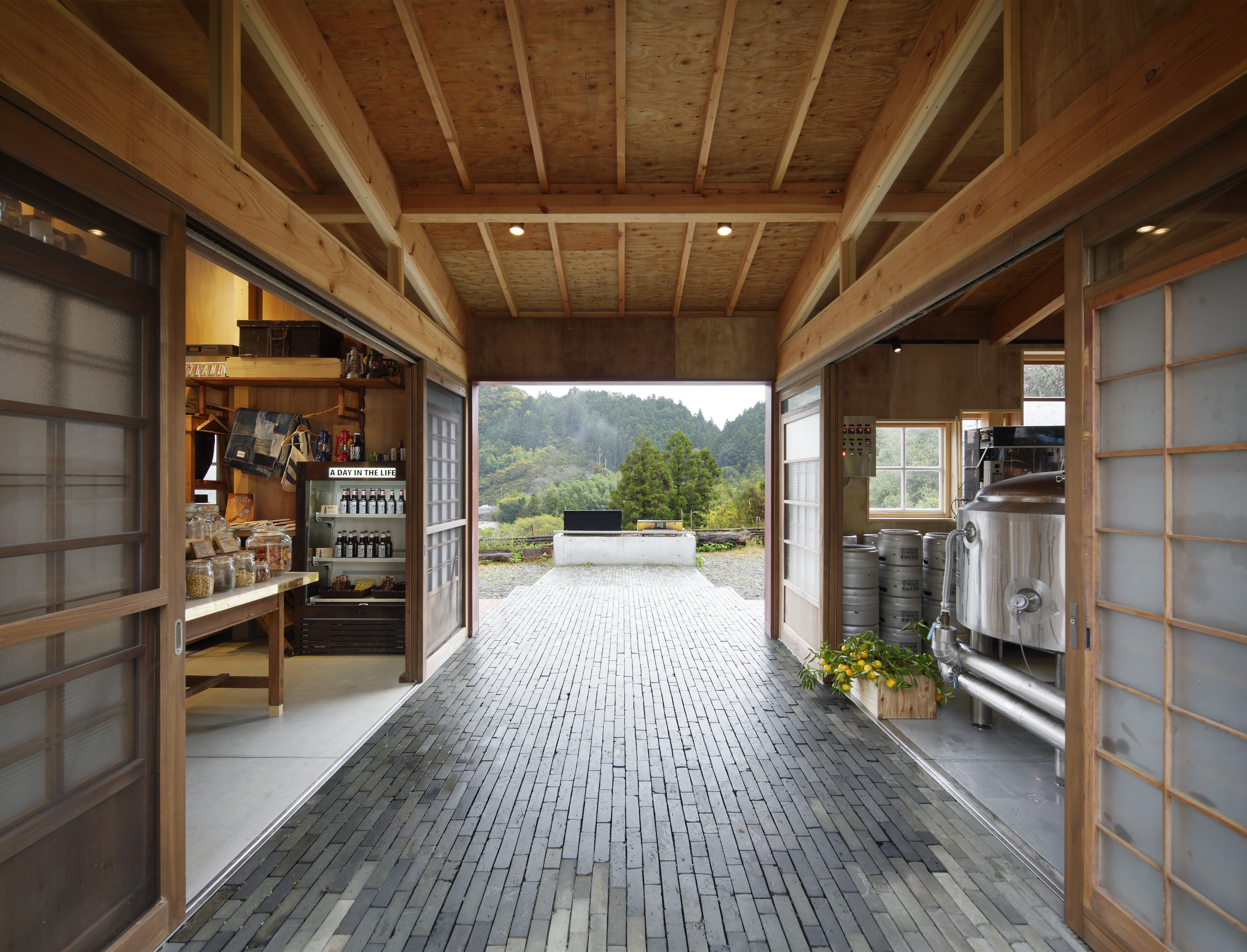 Not that the brewery itself is any slouch, nicely proportioned and well refined detailing with a traditional Japanese bent.  A reclaimed brick pathway cuts crosswise through the building, pulling you through and linking the community BBQ and lawn outside back to the town.  Inside, the pathway is flanked on one side by the cluttered homeliness of the shop, and by the precision stainless steel brewery on the other. 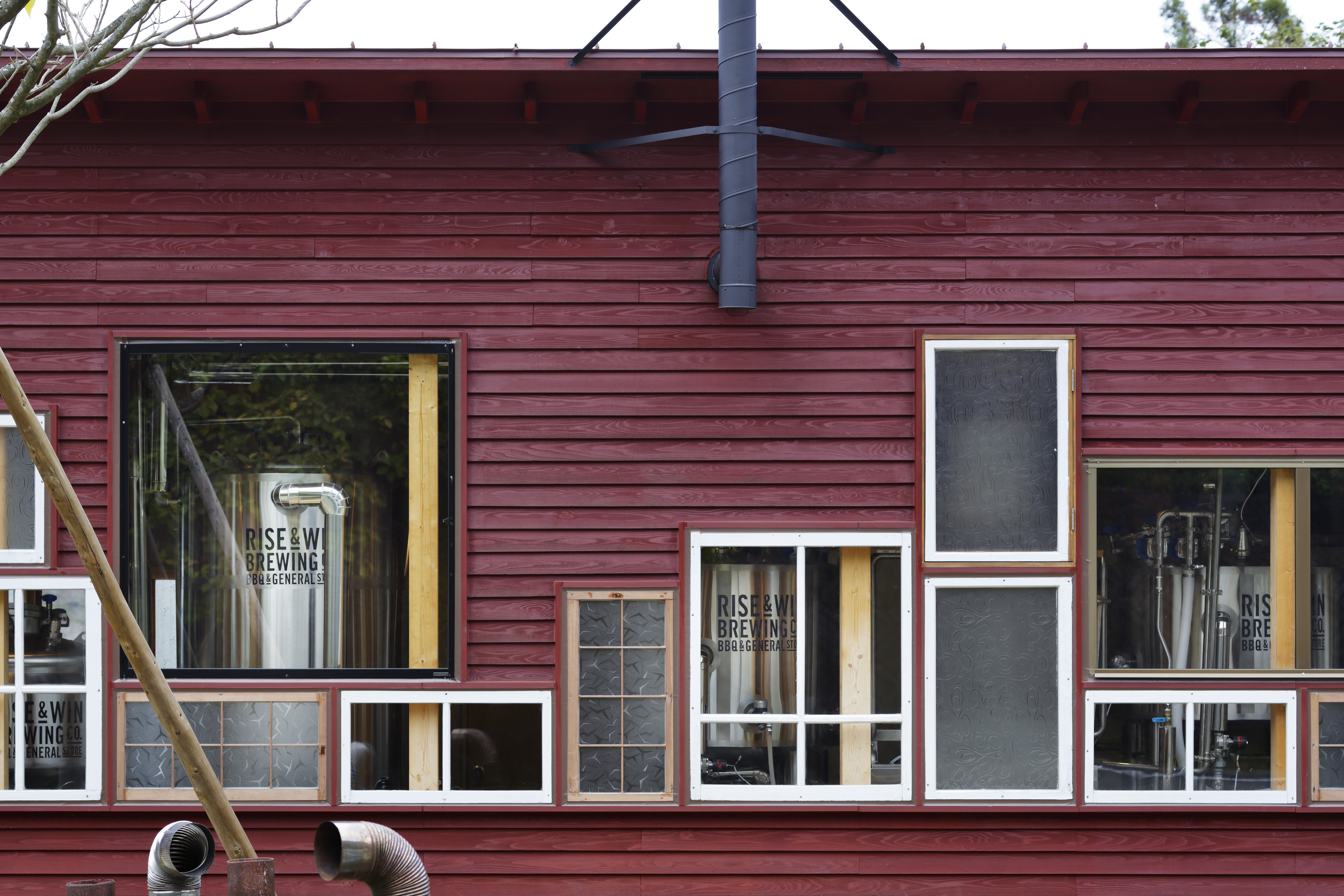 There’s so much to love here.  A very resource-minded building that uses a simple palette of materials, many found and reclaimed, with careful craft to create delightful spaces within while connecting to the community without.  Great, great work.