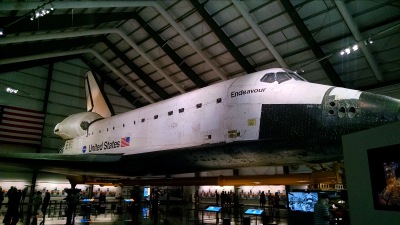 There are few times the expression “stopped in my tracks” has been a literal one for me.

This was one of those times.

I recently visited the space shuttle Endeavour at the California Science Centre.  I had seen this shuttle before, as it flew overhead on its last voyage towards its science centre home.  But this was up close and personal.  As soon as I entered the doorway to the hanger in which it resides and looked up at the shuttle raised overhead, I was hit with grandeur and amazement.  I stood there for many minutes and just looked, taking it all in before I returned to myself and began an slow and deliberate tour around its entirety, from nose to tail and back. 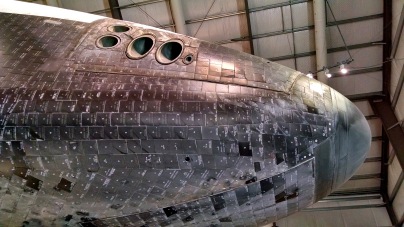 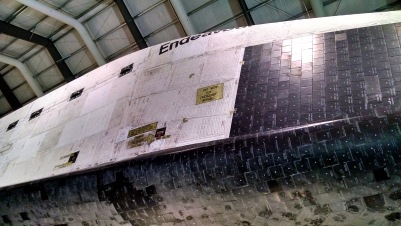 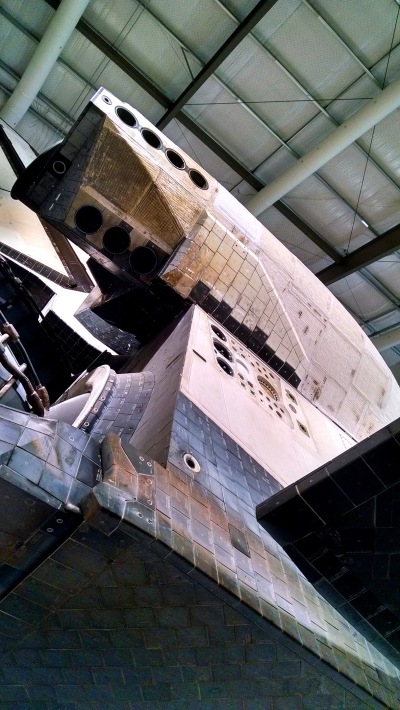 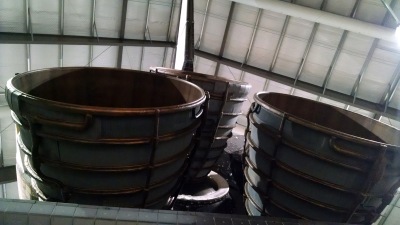 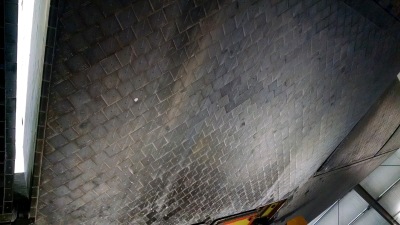 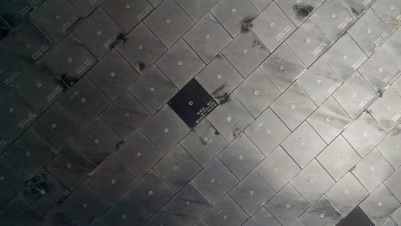 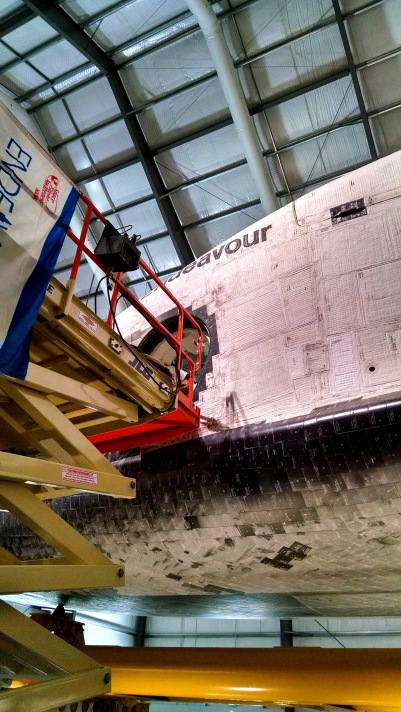 Larger than you might think, until you are that close.  Still bearing the signs of her last reentry, score marks along the tiles here, darkening around the tail there.  Nearby are tires furrowed from their sudden re-encounter with terra firma.  Every bit a technological marvel.  That have been to space.  And back.  Again.  And again.

I’ve loved our space programs forever.  I can remember where I was when I learned about the Challenger explosion, can remember rushing in at home later that day to find whatever coverage I could find about it, remember where I was when I learned about Columbia’s breakup, listening with growing dread as I drove to Saturday practice.  I had a chance once to see a launch at the Cape – I didn’t work it out to do so.  I am kicking myself a bit now for not having done so…

But here she was, silent but present, firmly held by our planet’s grip yet still soaring in spirit, delivering wonder.

(Unfortunately, despite the scissor lift, we were not being offered a chance to go inside the orbiter… )

(Nifty to note that this is not Endeavour’s final position – there’s plans for a new exhibition building that will have her mounted vertically to the external tank and solid rocket boosters in launch configuration, with a gantry nearby allowing for several levels of viewing access.  This will have the three shuttles on display around the country being shown in all three of the orbiter’s modes:  Launch (here), Orbit (Kennedy Space Centre), and Landing (Smithsonian National Air & Space).

(I cannot help but laugh and love the following bill of lading transferring the shuttle to the science centre, also on display… especially the initial cost line!) 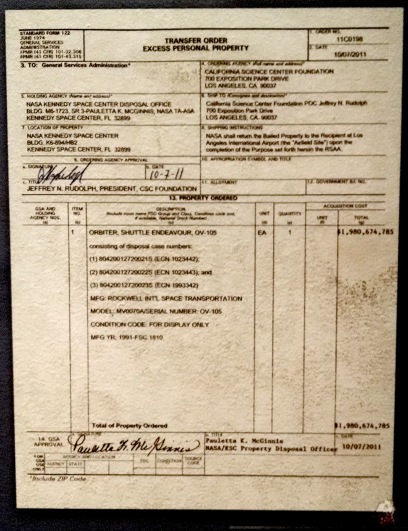