Continuing on with my experience at the Monterrey Design Conference, another of the speakers was Sou Fujimoto, and it was another great lecture that got me thinking about things in new ways.  He started his presentation comparing how the forest and the city were, in certain, ways, quite similar.  That seemed almost preposterous as a starting point, but he drew it out nicely – in particular was that in the forest, there are layers upon layers that float overhead (leaves, branches, etc) to form a canopy, and much the same happens in the urban environment (electric lines, signs, awnings, etc).  Huh… cool, I can get that.  Consider my perception expanded!  And looking at his work as it was presented back to back to back, there was this recurring concept and design generator of the repeated, of layers, and of the individual(s) clustering together to create a whole. 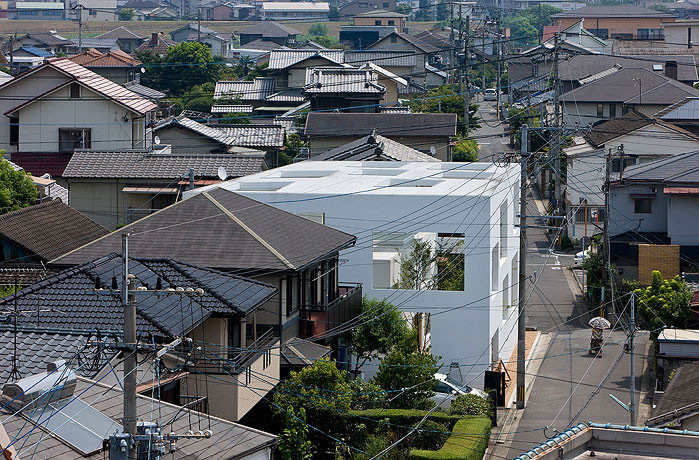 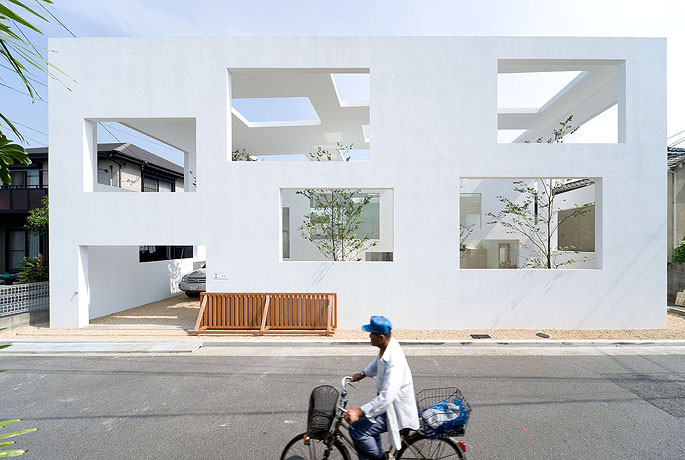 House N is one example of how these concepts get expressed, through the idea of a box in a box in a box.  Noting how the traditional house in the neighborhood was pushed towards the back of the lot, with a front lawn or garden that was often, in many ways, unused, House N starts by encapsulating the yard in the first of its three, heavily pierced, sensuously smooth white boxes.  The many openings in the box let both light in and the trees and garden inside out, creating a small semi-private courtyard that nonetheless can still participate in the streetscape. 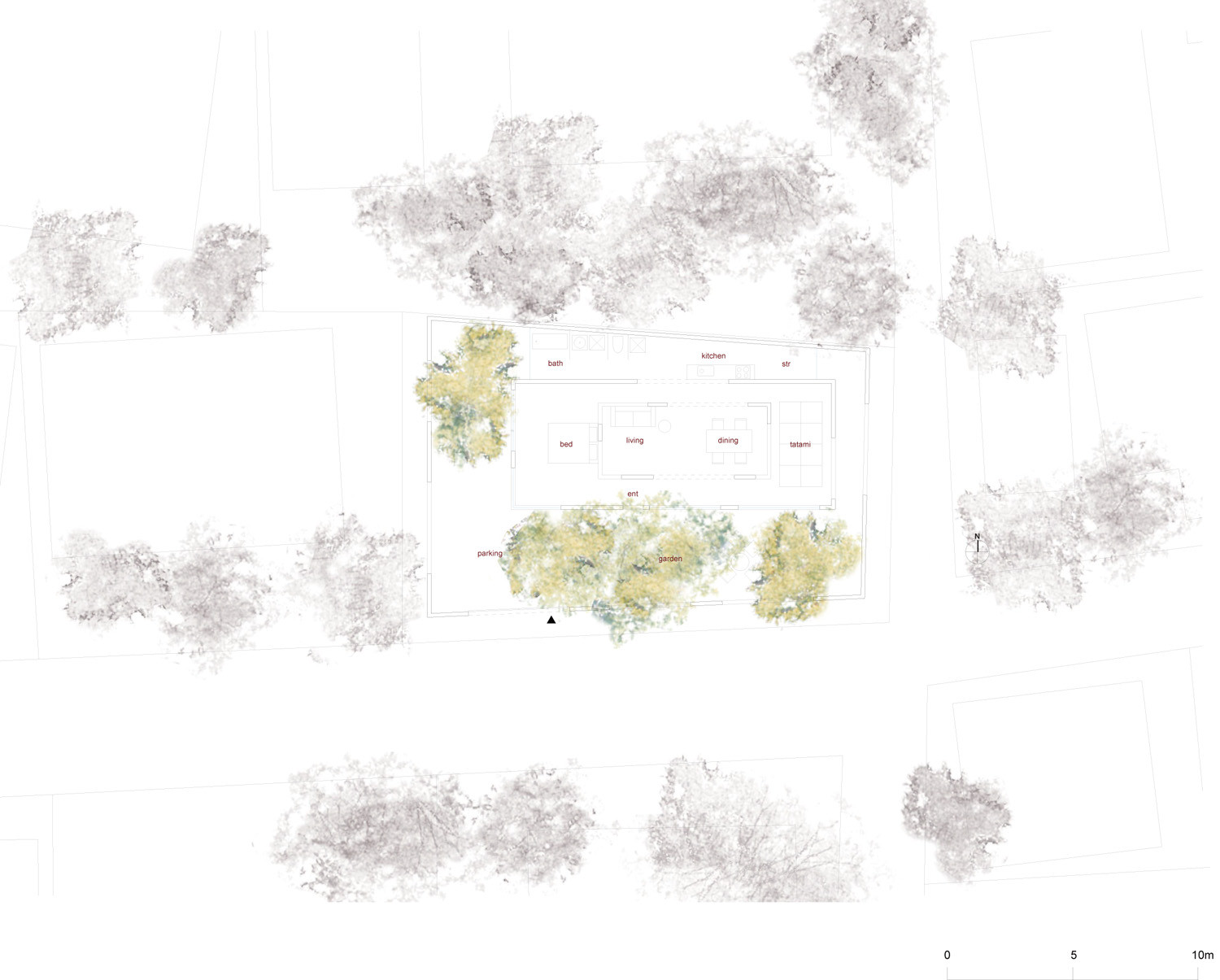 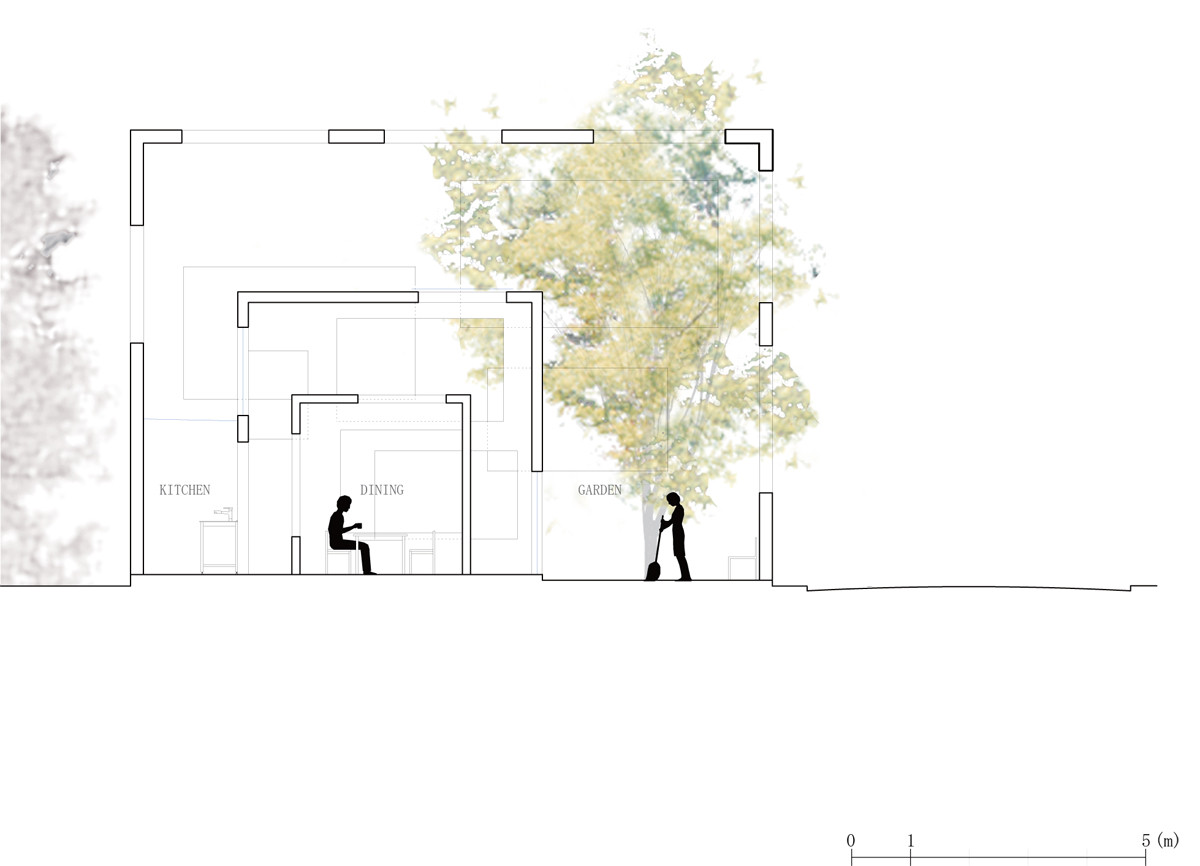 Inside this outer box, two more similar boxes (both white, both with many openings) form the house proper… 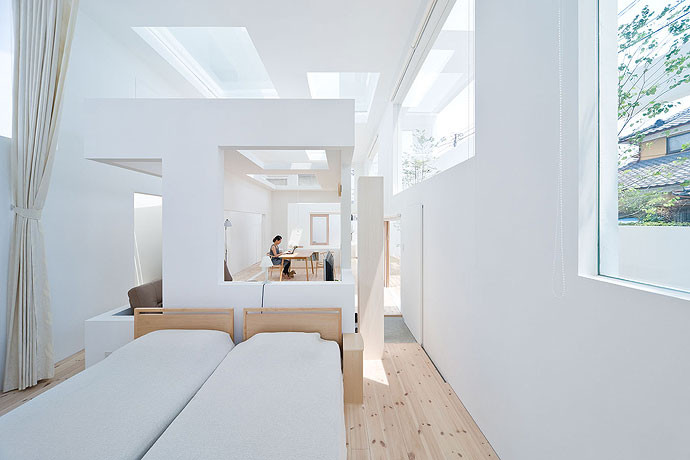 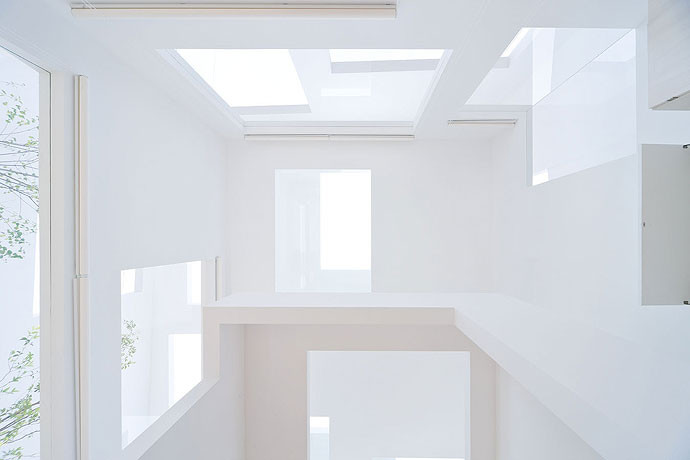 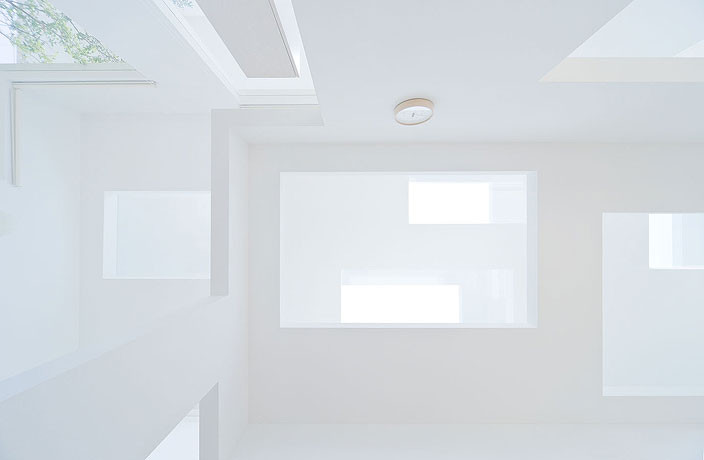 The net result is a highly intricate collection of planes and openings, forming the proverbial leaf canopy through which you can catch glimpses of other rooms, the garden, and the sky beyond.  As you move through the house, these views continually shift, as does the light throughout the day as the sun traces its path across the sky. 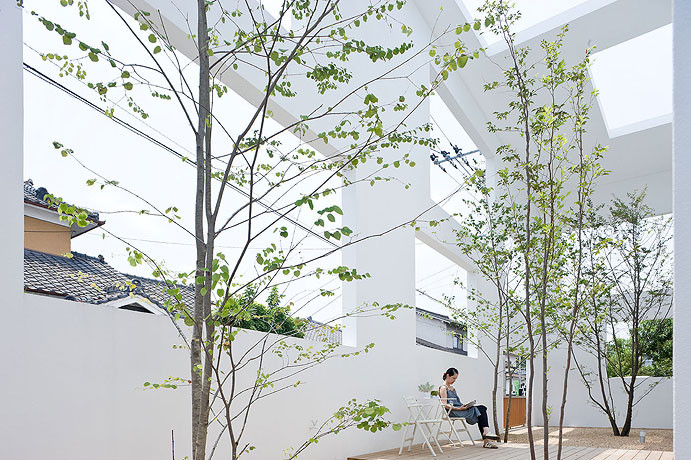 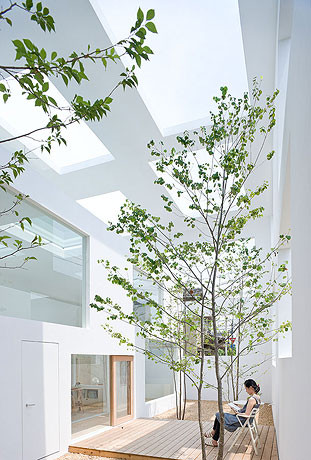 Paths within the house align with a porch and chairs in the courtyard.  It looks a bit sparse in these photos, but as the trees grow and the foliage becomes thicker, the play of random and green will really sing against the white and rectilinear background of the outer box.  At the other end, the Tatami room offers a similar serenity indoors.

It’s a nifty idea, with lots of playfulness and getting every ounce out of its tight lot.  Nice work.