I’ve recently returned from a vacation to Japan that was very heavily aimed towards architectural visiting.  And indeed, I saw some absolutely incredible architecture, including some that expanded my understanding of what space can be and how it can feel.  Spaces that (actually) literally stopped me in my tracks and had me go “whaawwwaaahhaoaaa, what’s going on here?”  Good stuff, for sure, and I’ll share much of it in the weeks ahead!

Tonight I want to start with something a little more on the sedate end, but nonetheless is still delicious examples of finely crafted experiences:  a pair of buildings that form a community centre at the heart of the town of Honmura. 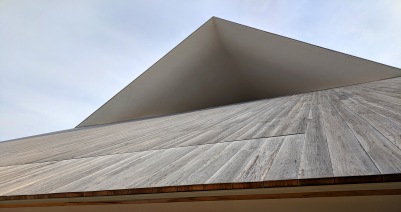 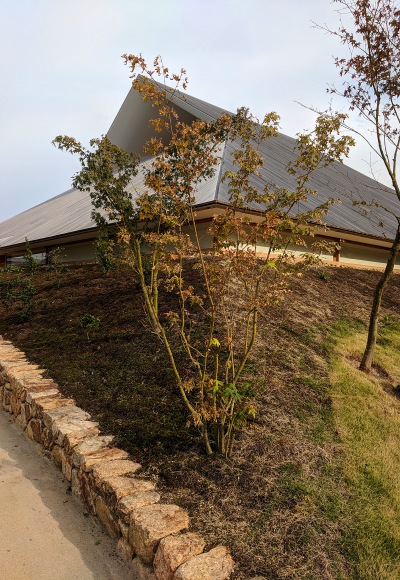 The larger building is the one that first catches your eye, with its tall and sensuous weathered cypress roof.  The building is also nestled within moss-covered earth berms, and right away you notice that the rise and angle of these colourful berms smoothly merges into that of the building’s roof.  The roof itself sports a prow that juts out on two sides and forming a hollow that extends right through, creating a passage that allows light and air to flow into the giant hall that’s within. 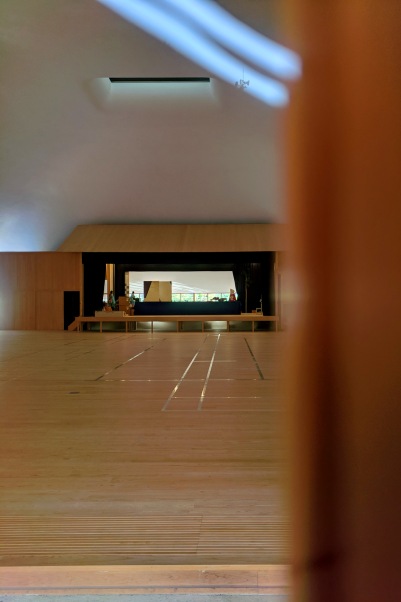 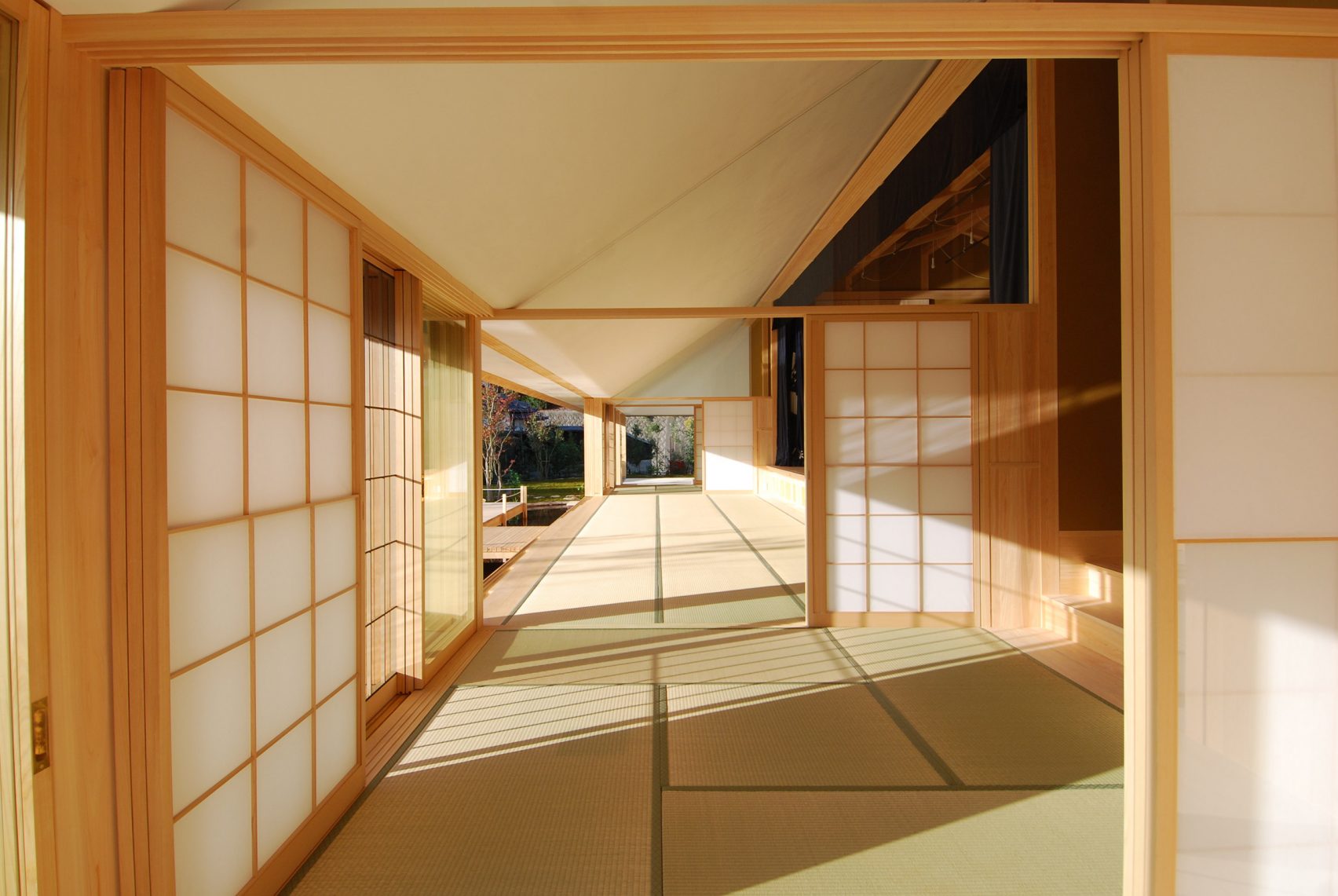 Through the magic of internet photos, it’s also nifty to see that what looked like a simple stage from my vantage point is actually beefier and forms a divider of sorts, creating a tatami-filled back area of the hall that overlooks the lovely garden I saw being tended.

I’m really taken by the second building though, because while at first glance it seems to be a simple building with a very tall roof, it’s actually an assemblage of buildings, each with their own roofs underneath this larger, common, roof. 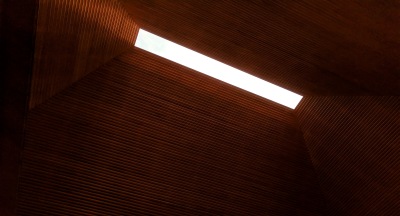 This is quickly revealed as you walk under the canopy and look up to see the oculus hovering above.  There’s this nice multi-layered effect going on here.  Along the perimeter, the thin and richly coloured support for the canopy stands with regularity before the much lighter coloured and faces of the individual buildings within, which are irregularly arranged along the edge and punctuated by the walkways that travel under the canopy.  Inside, each building’s roof is played off the canopy, with vertically oriented weathered grey smooth and tightly placed boards contrasting  with the horizontally oriented slats of the fresh cut canopy above. 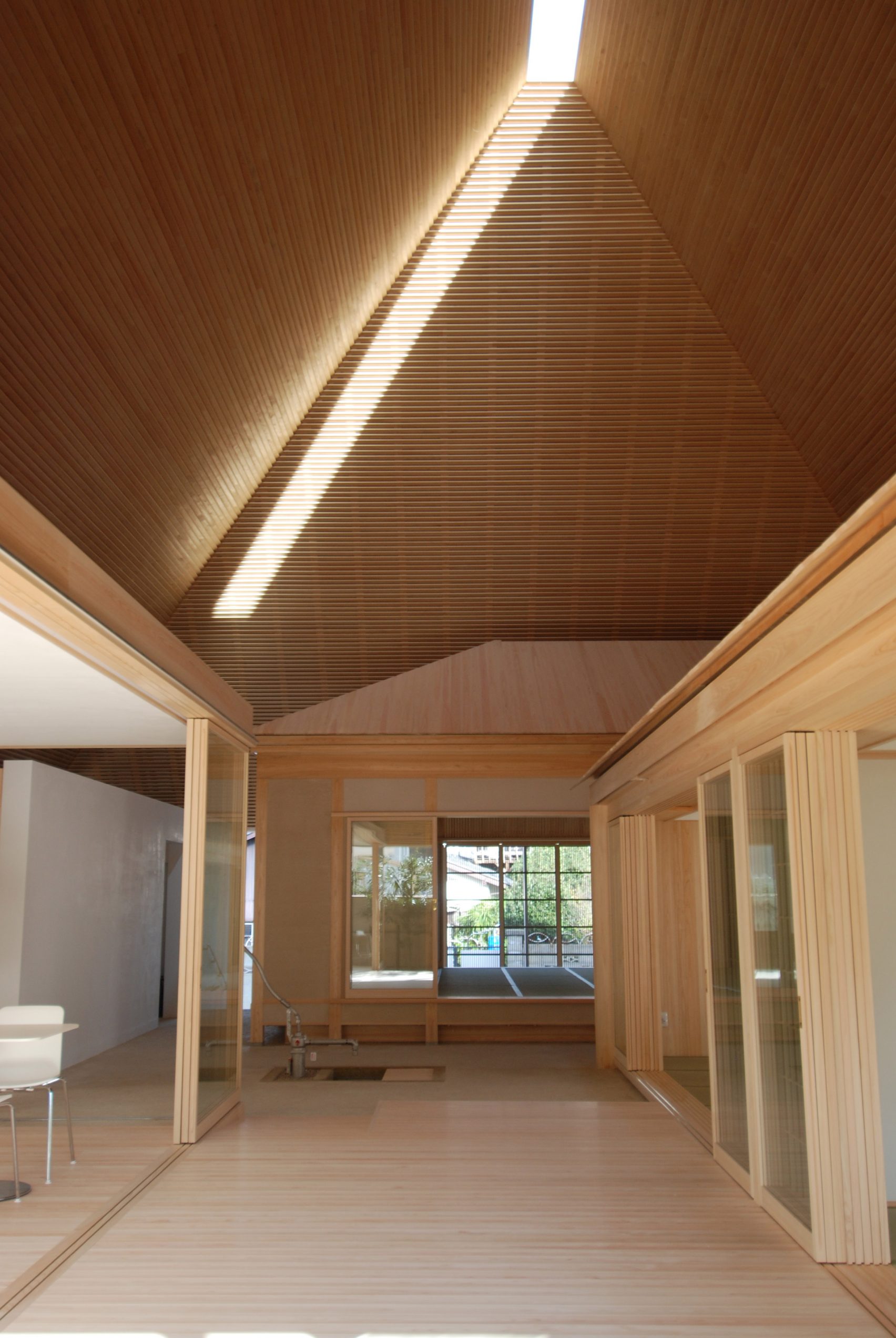 The sub-buildings all feature sliding glass screen walls, allowing the entire area to open and become one, even while each finely crafted unit remains separate in their framing.  Even in the wet and cooler months, this little covered village can remain cozy and open for visitors to meander about within. 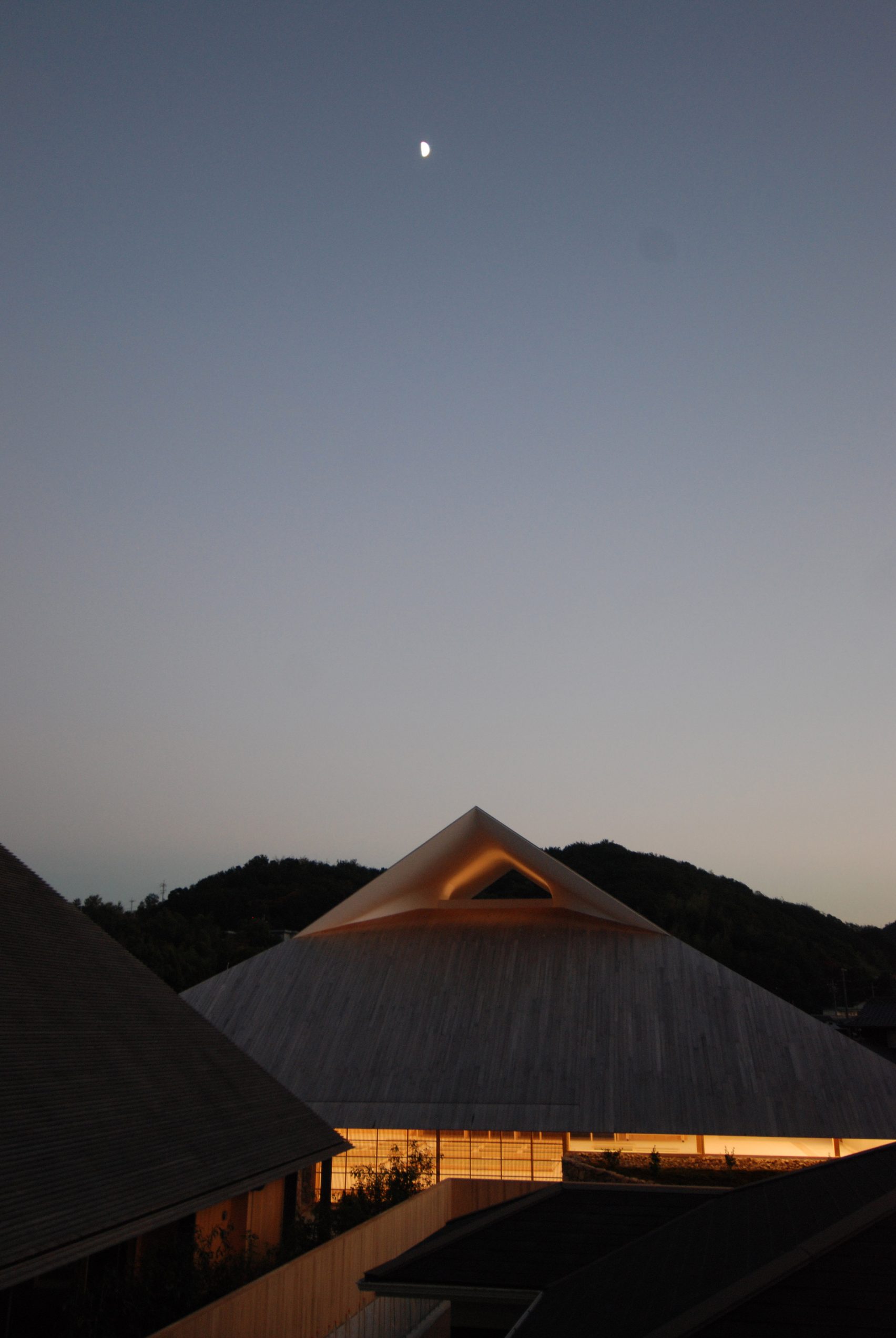 Stupendously done, on both counts.  And a joy that, while they may share the idea of a prominent roof, they’re both executed quite differently to allow them to fulfill their aims in the most expressive manner.  A bit of inventiveness that really comes together in clean and precise lines, making them a joy to be in.  Nice work