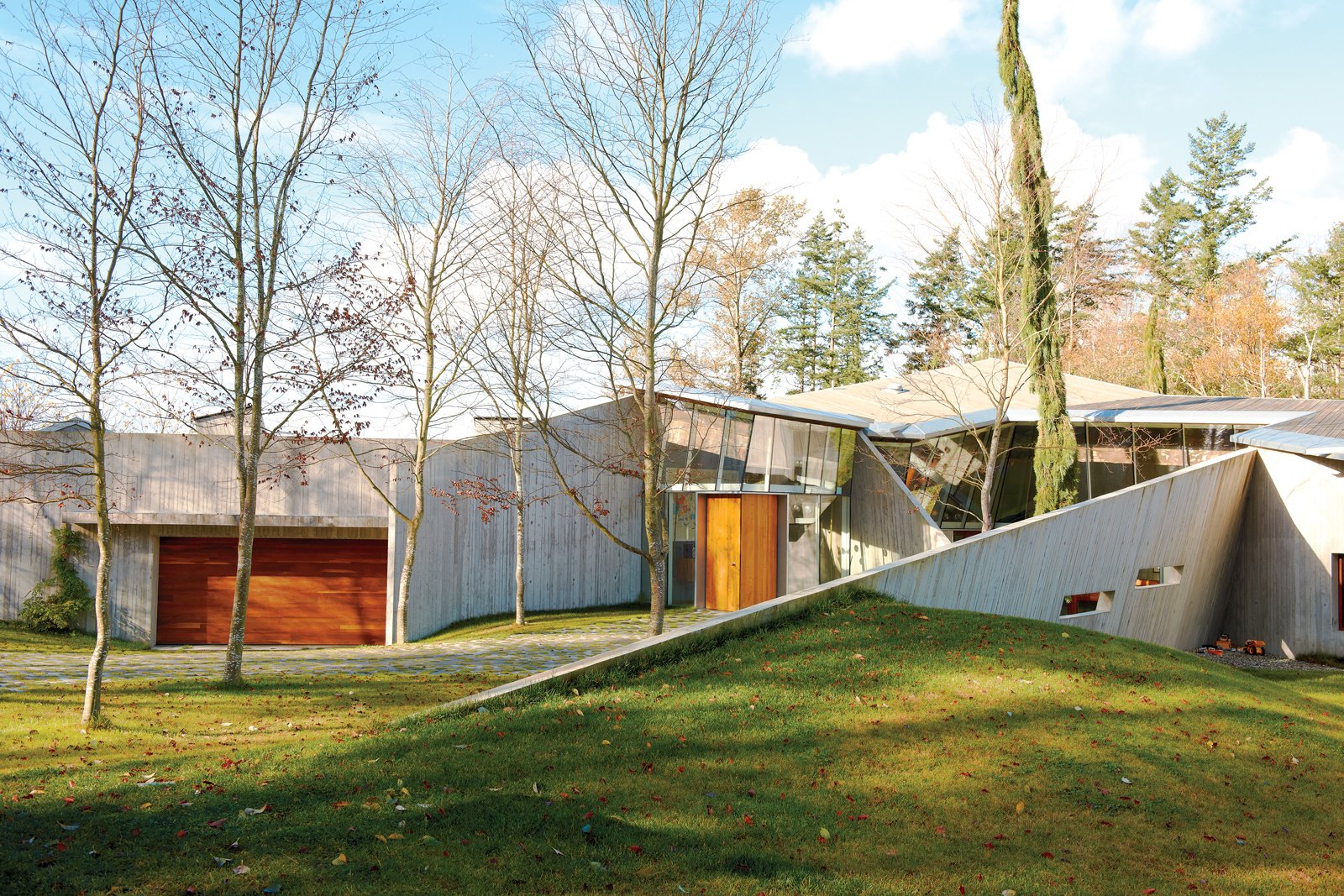 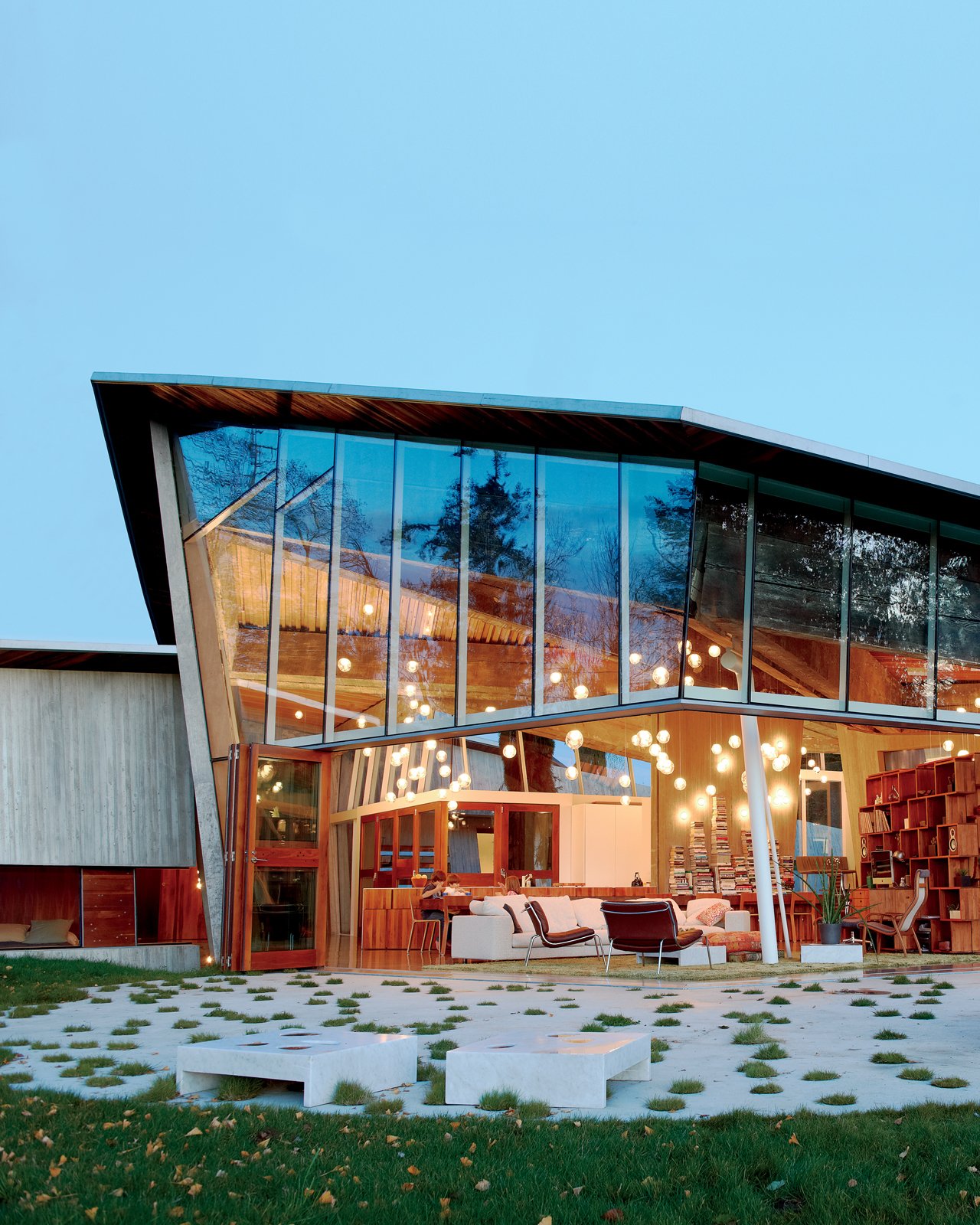 This is a cool project, both because of the (rather wild!) result, but also where its expressive forms came from.  The client had access to a gaggle of century old douglas fir beams, all milled from a single tree, and all different lengths and overall sizes.  Rather than cut or otherwise finish any of those beams, the architect chose to use them as-is, warping the geometries of the house to accommodate them all. 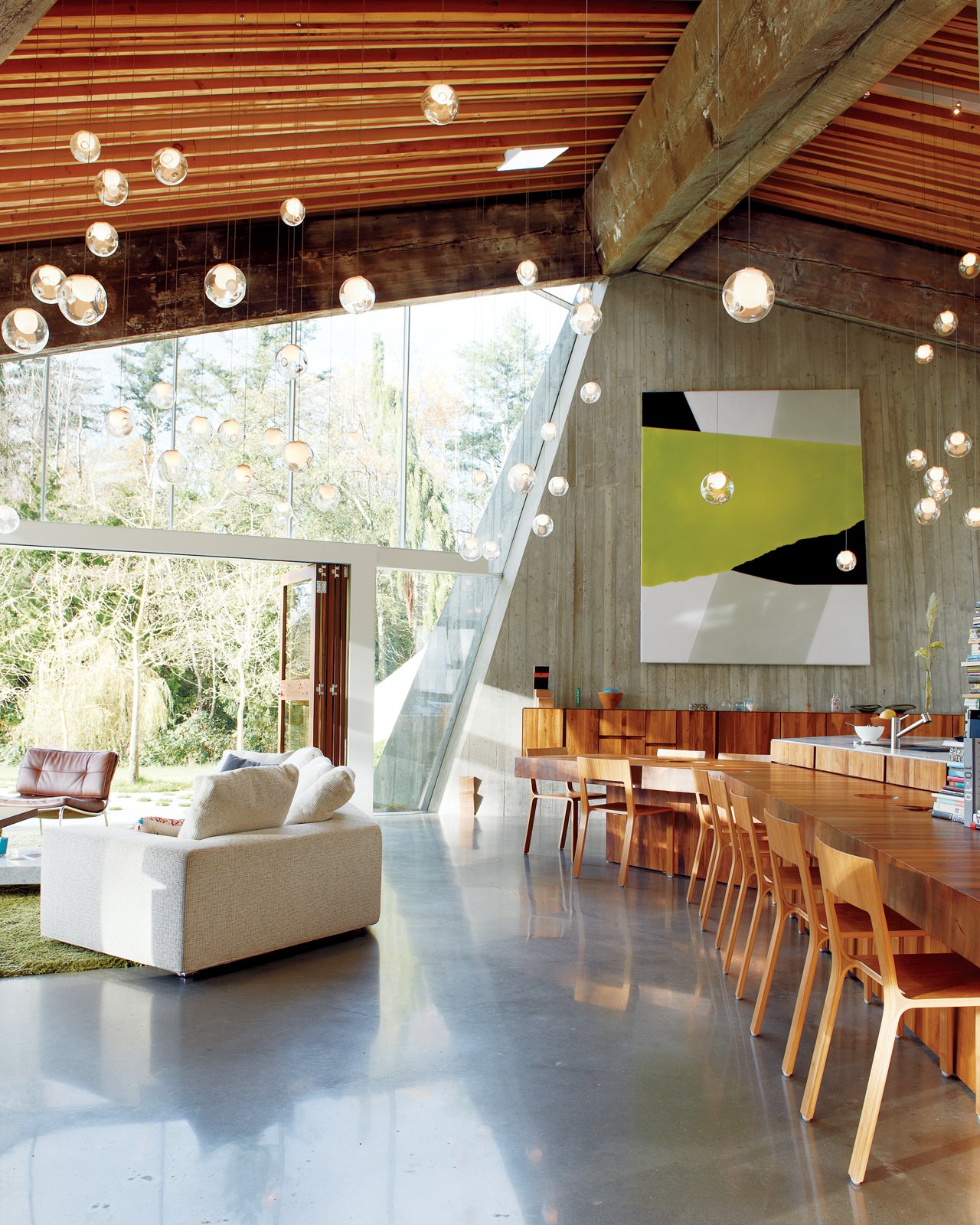 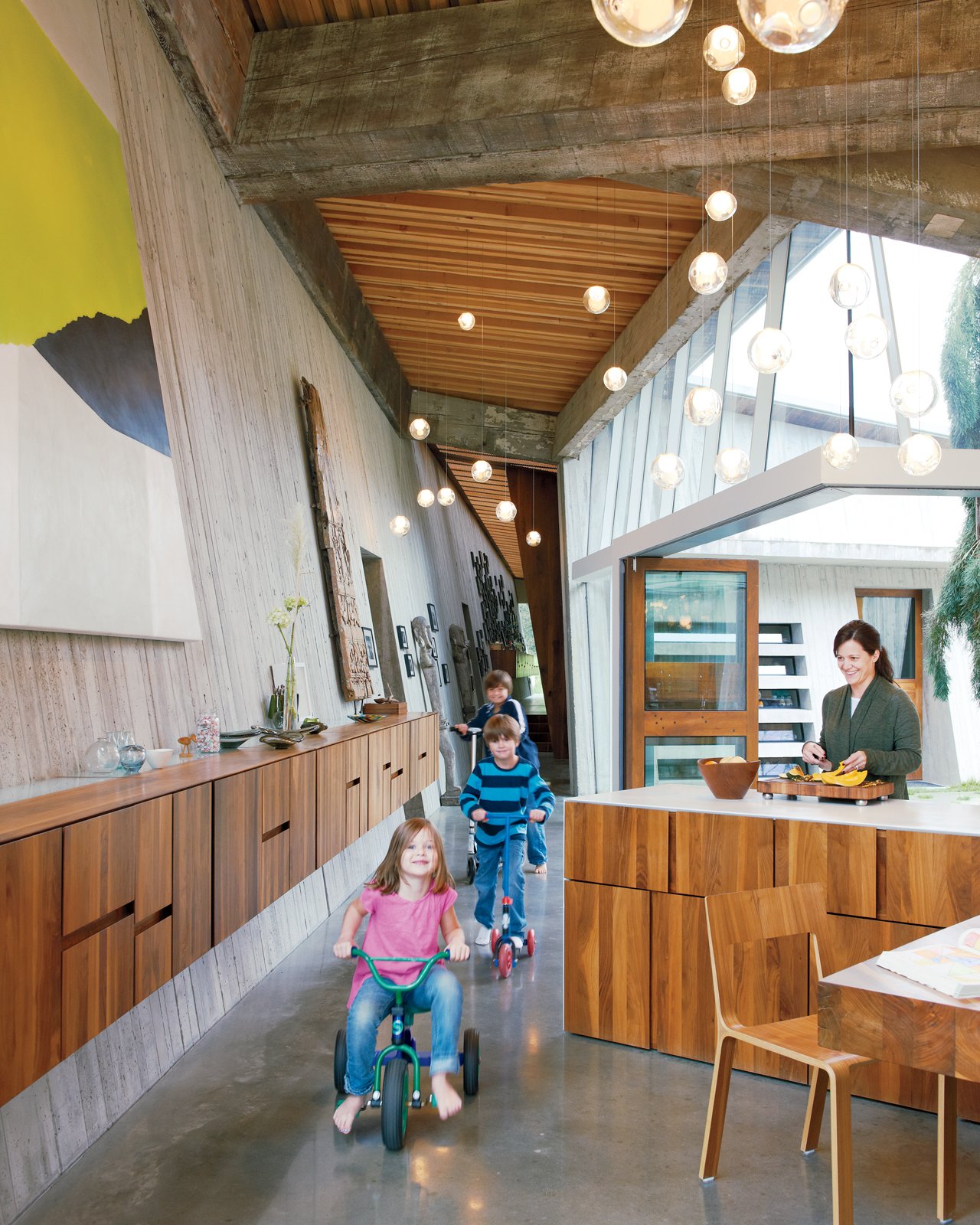 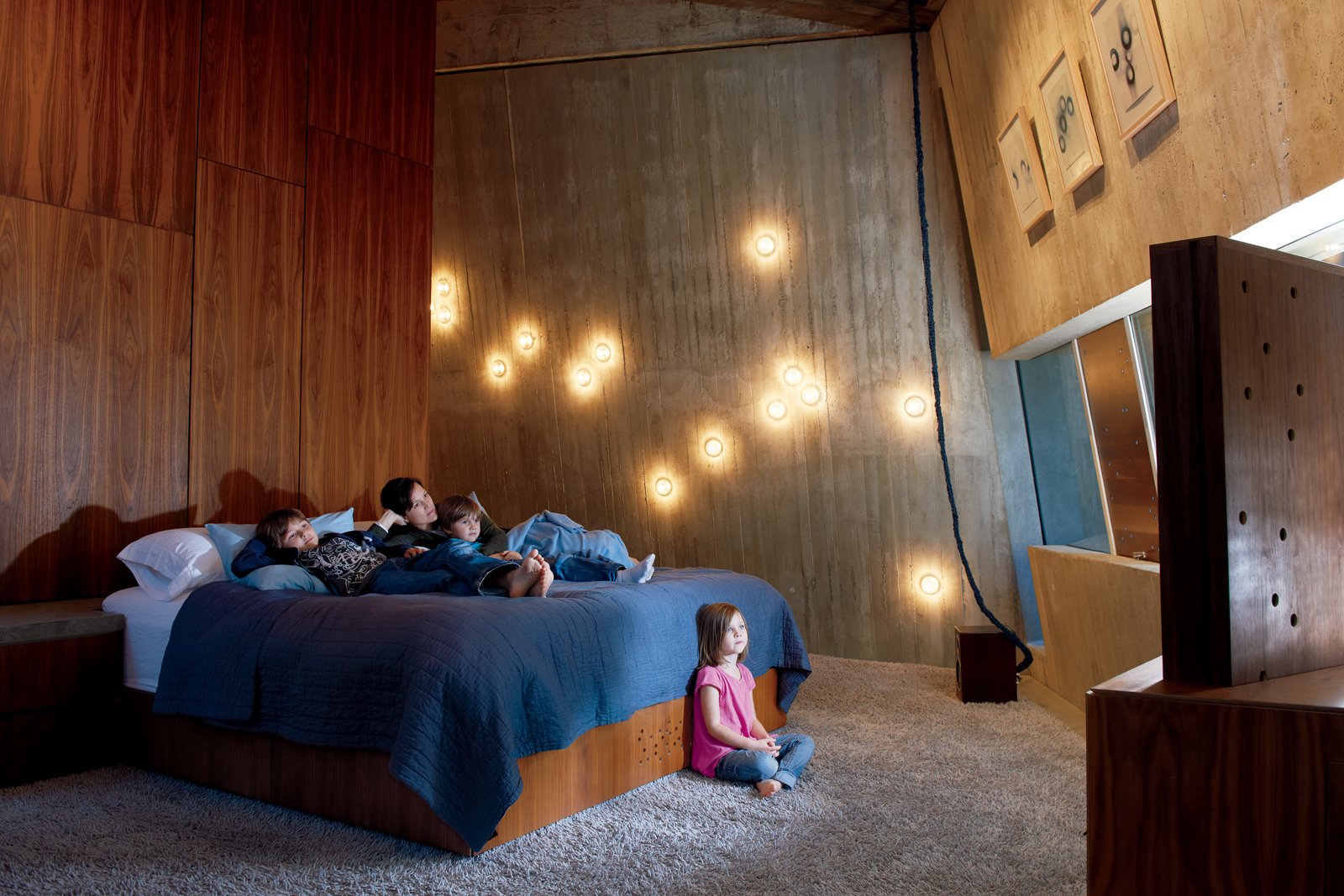 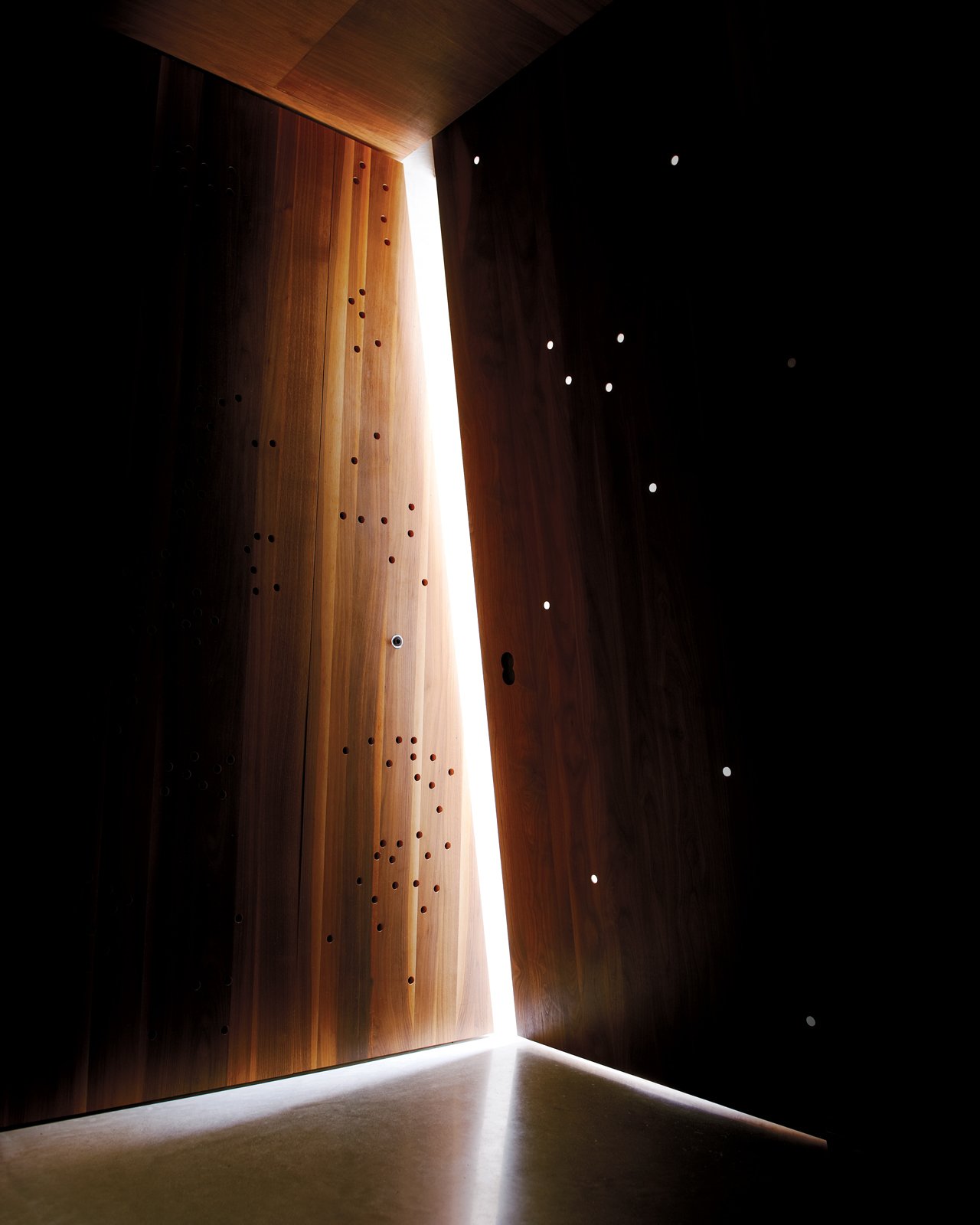 And what a wonderful warped set of geometries it is, allowing for an expansive and hyper expressive set of rooms and spaces.  With its abundance of angular forms, it’s quite the playground where light and shadow can dance, both from the generous amounts of windows, but also from the suspended globes of light that create floating constellations of light at night.  An effect that is also carried through by piercing similarly random holes through doors and shutters. 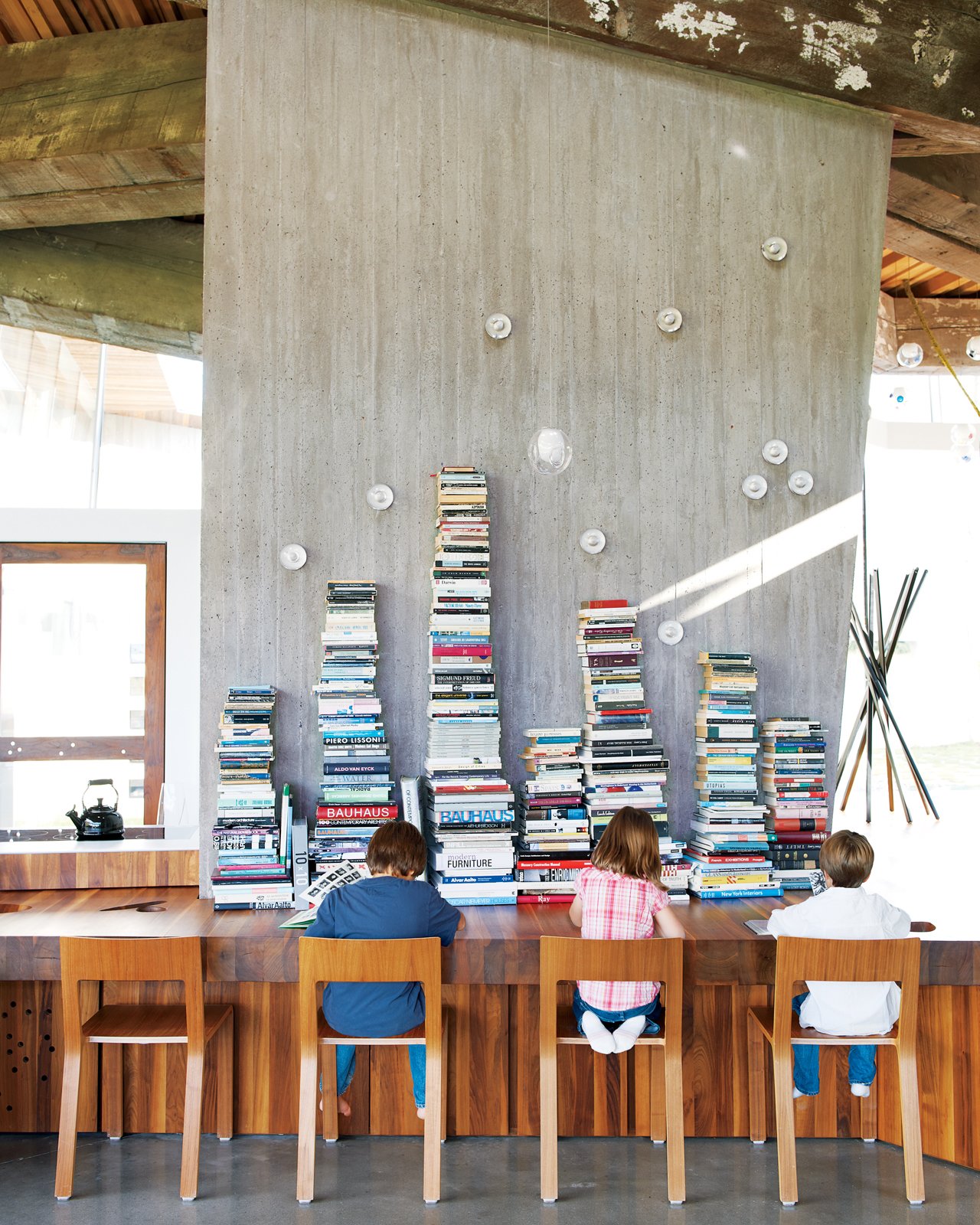 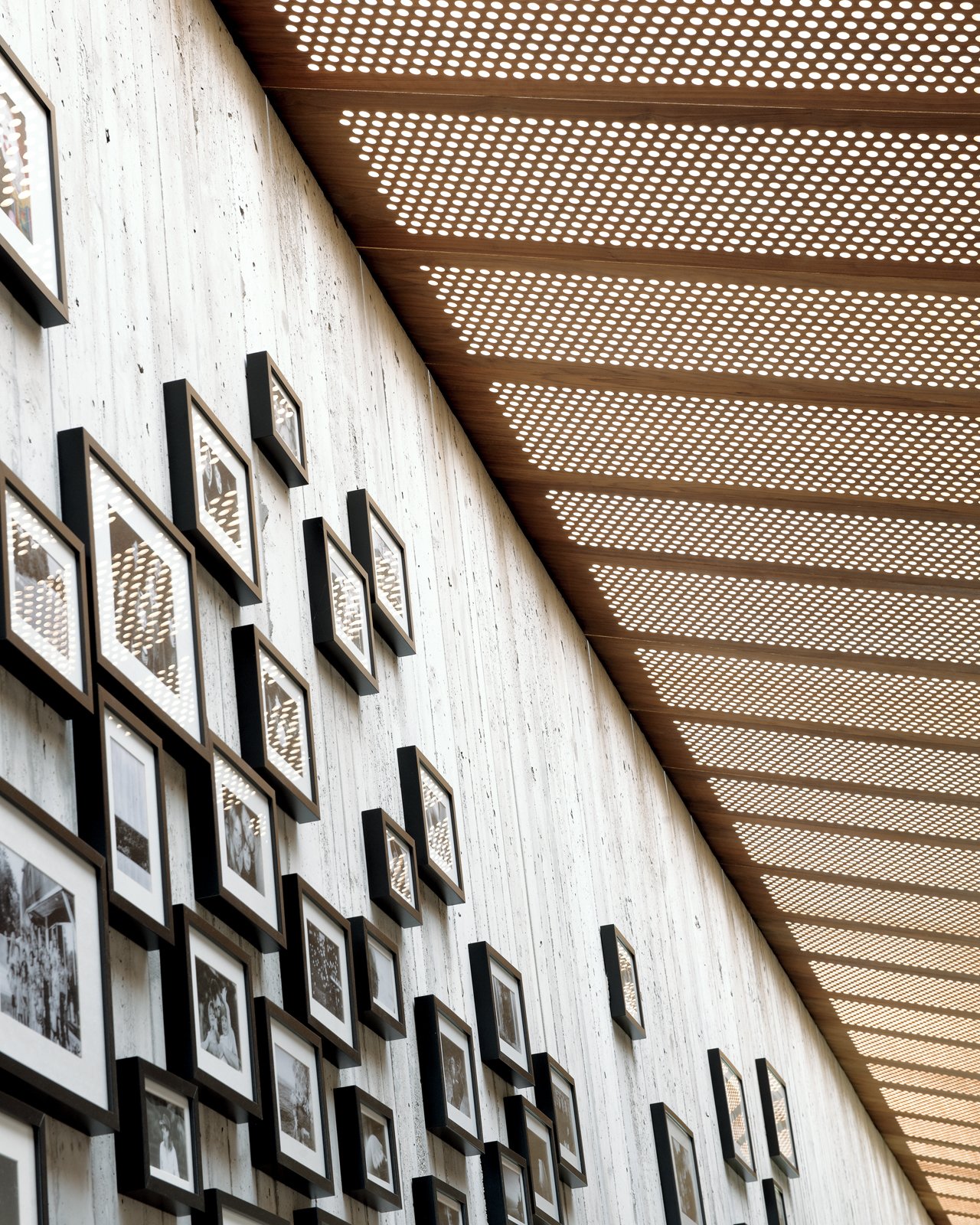 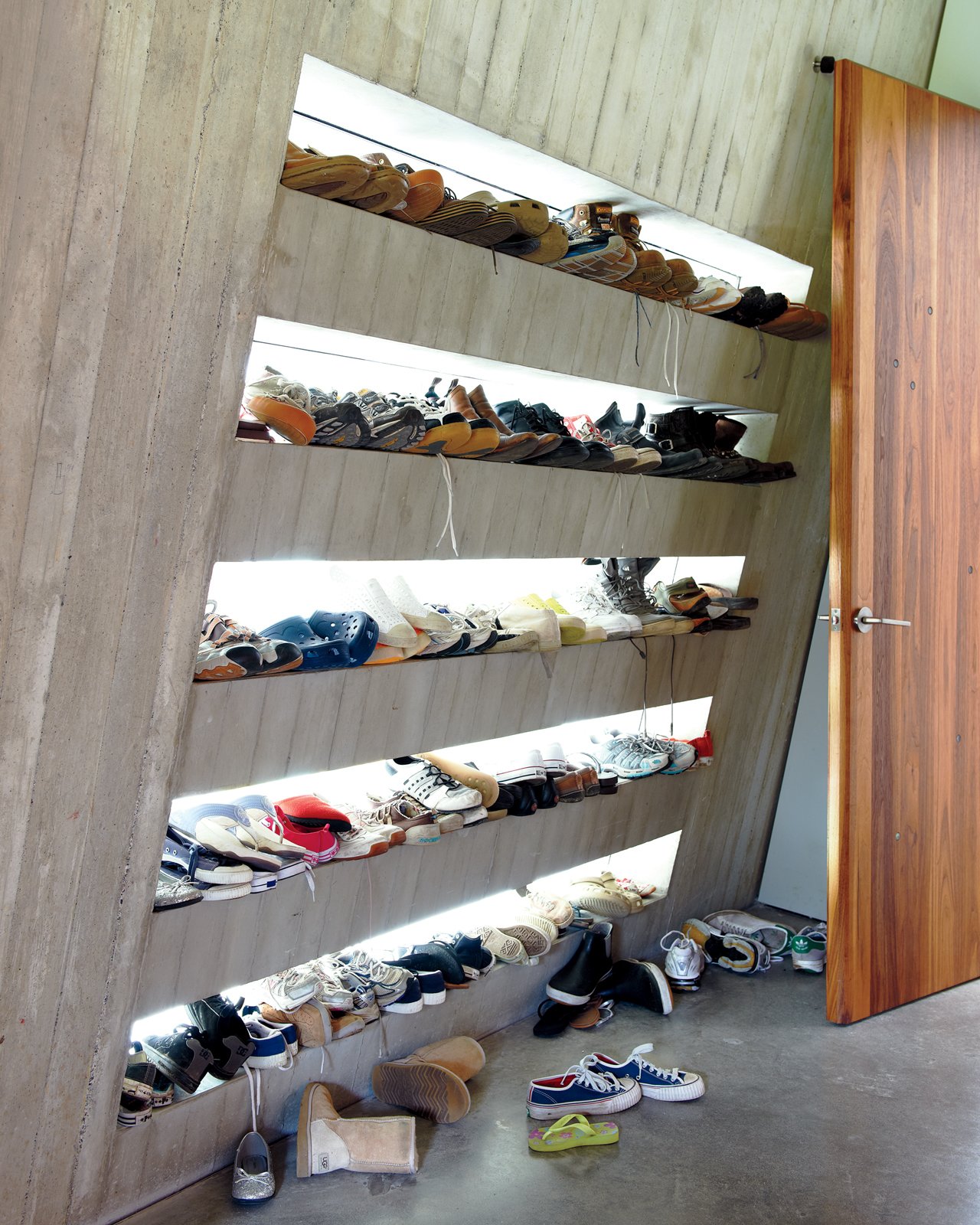 I love how the kitchen counter becomes a table becomes a vertical library becomes a set of stairs that becomes the floor into the upper parts of the house.  There’s a plethora of little built-in touches like this throughout the house, and it, along with the unifying theme of those “hanging stars”, help provide a sense of unity and continuity inside what could otherwise seem like an arbitrary jumble of forms.

I think this is pretty rad, a super fun home to live in.  Very nicely done.

The 23.2 house by Omer Arbel Office 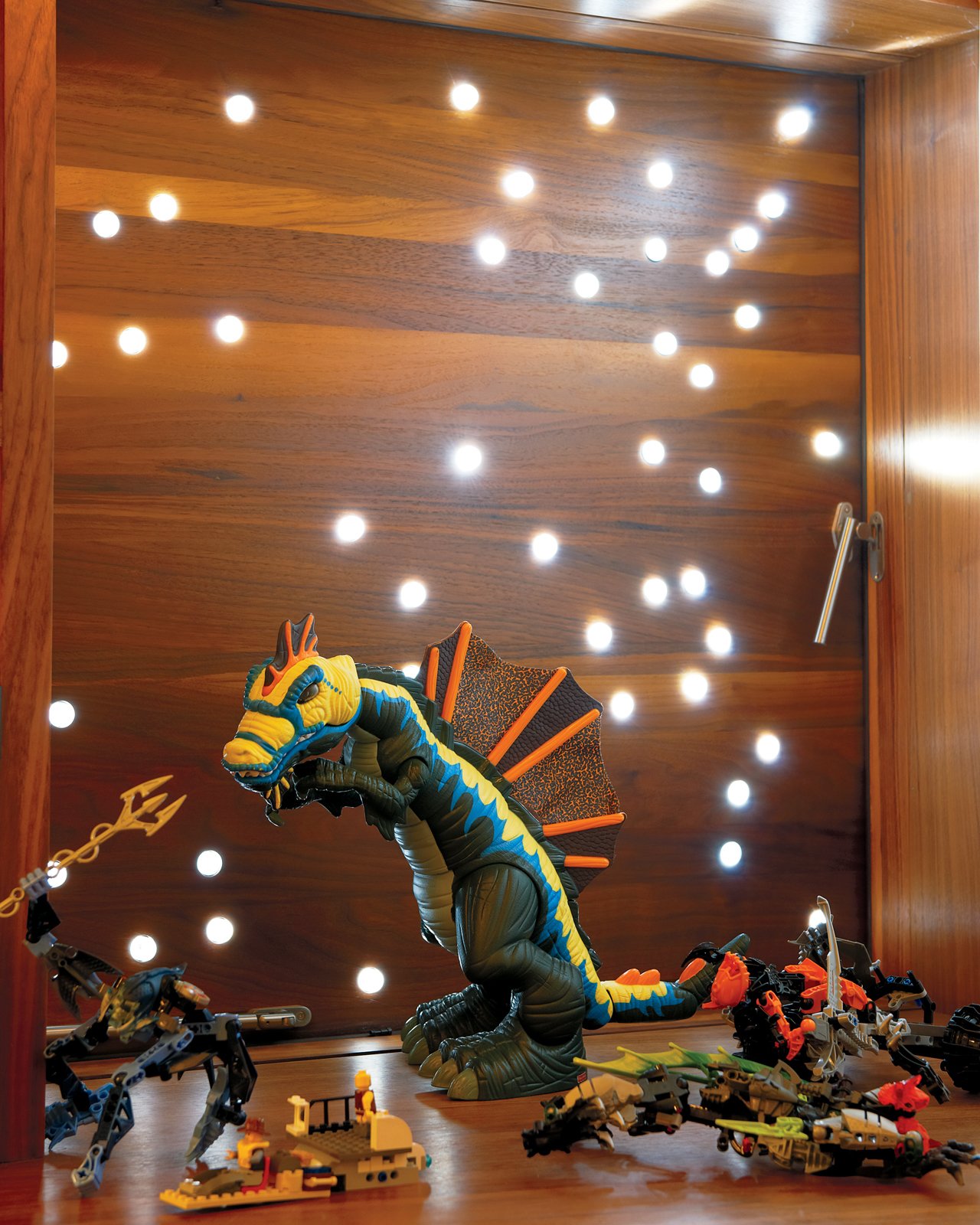