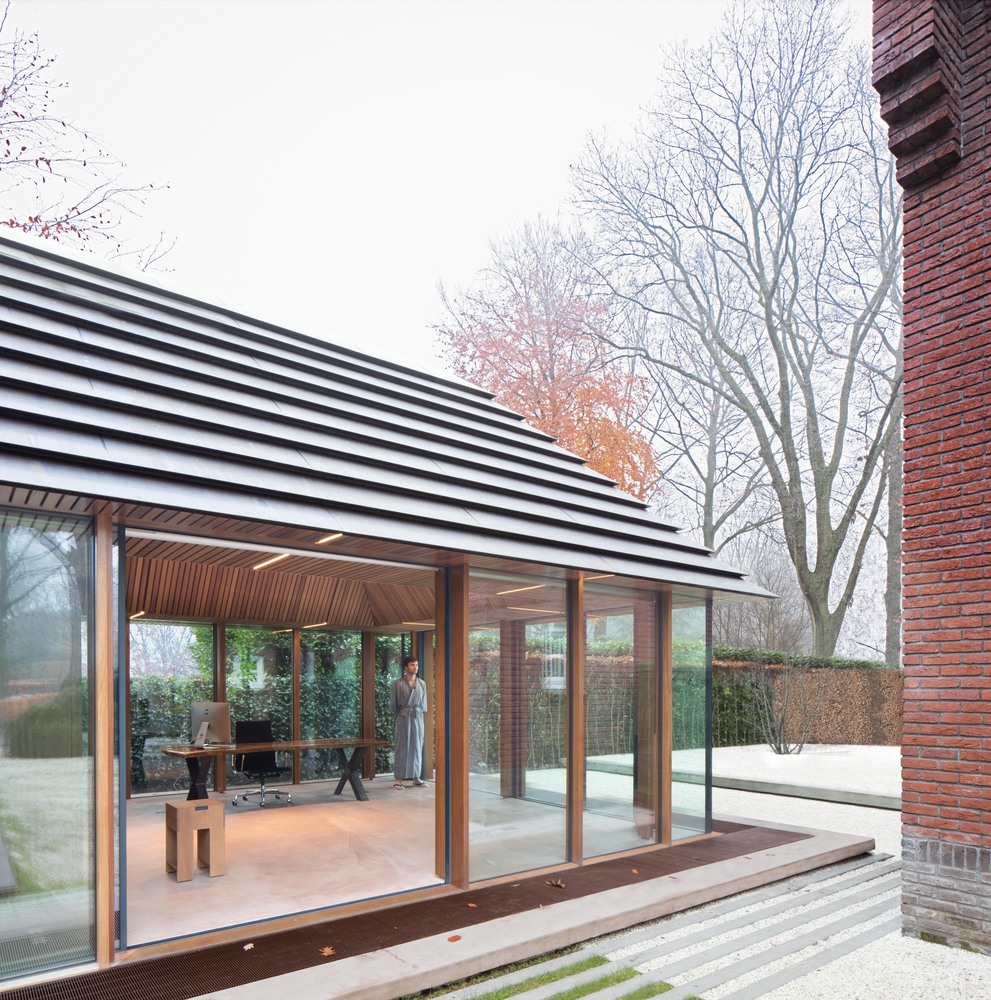 This is a lovely little office/guest house/pavilion in the Netherlands.  It’s ringed with glass, built of warm wood, and has a striking roof made of raked bands that create strong shadow lines. 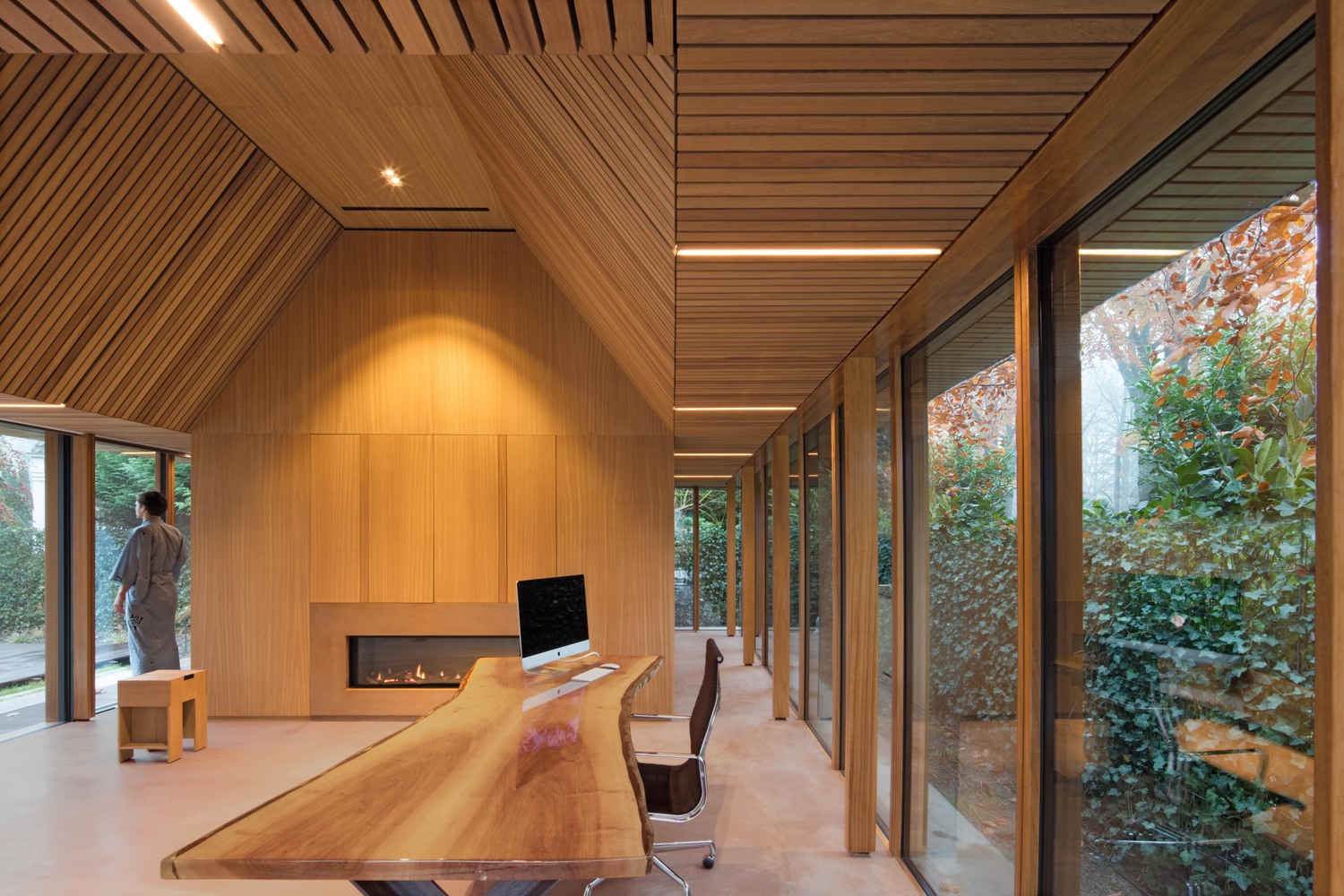 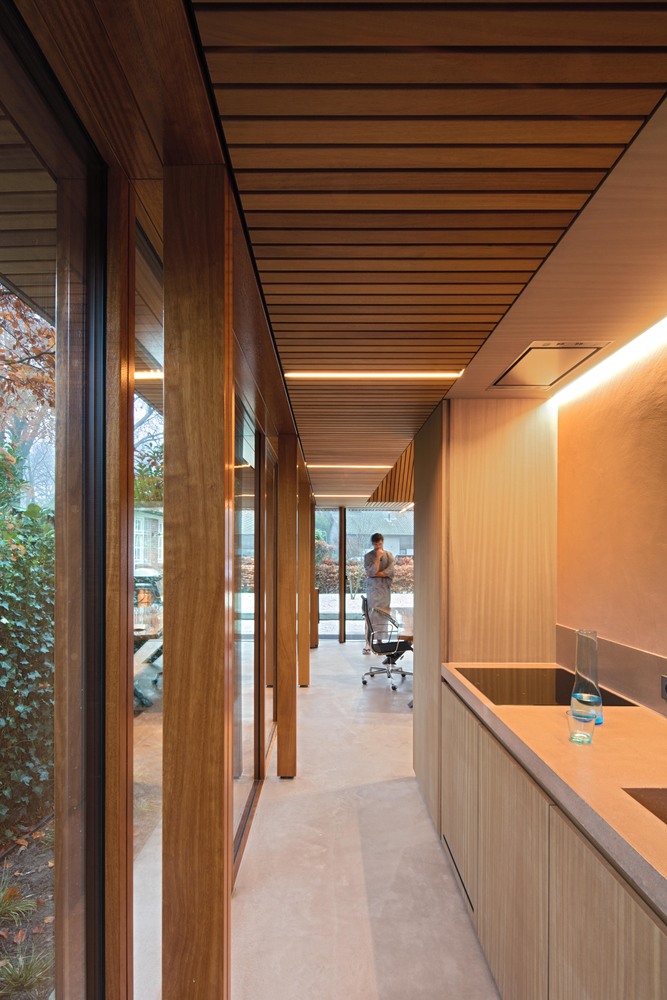 Inside is open and filled with yet more warm wood, with its own striking feature in the fashion of a ceiling that shoots upwards to capture as much volume as possible.  Nicely, this ceiling also creates a subtle division of the space below into that of “room” and of “circulation” that rings the entire pavilion. 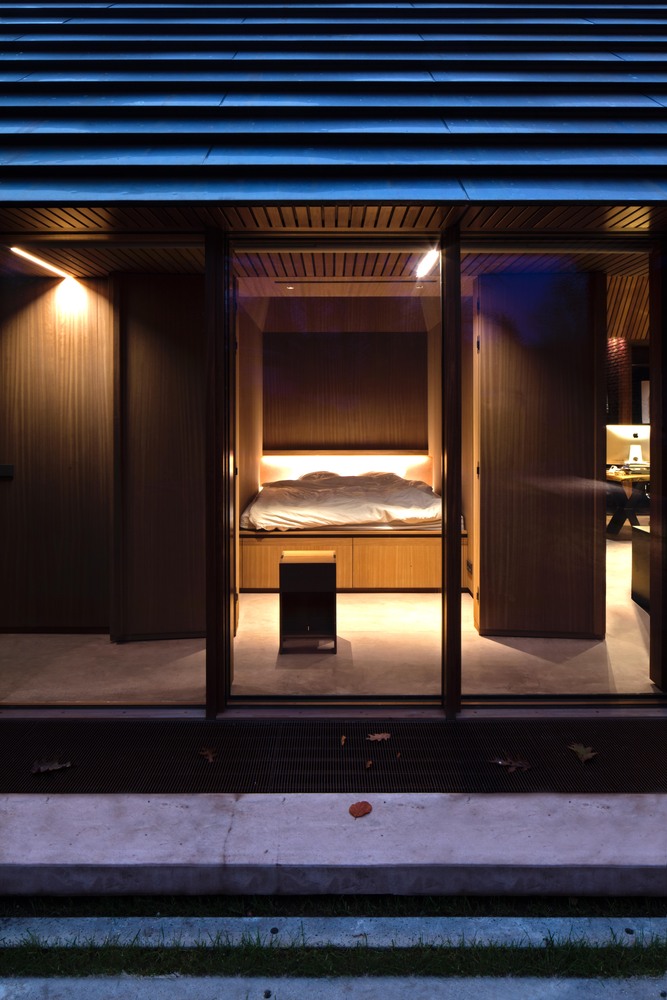 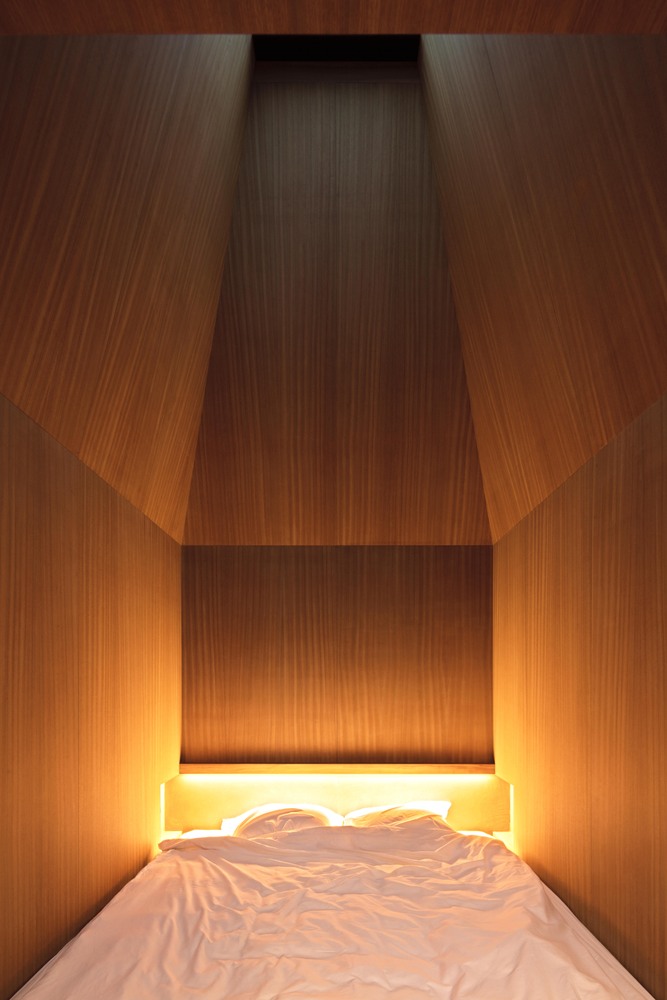 Truth be told though, I think I’m most in love with this bedroom.  Though maybe it’d be better to call it a sleeping pod – just big enough for a bed, but shooting up towards a skylight to create a quiet and magical space for slumber.

To me, it feels like a nice blend of Scandinavian and Japanese motifs.   Finely crafted, it manages to be both serene and expressive at the same time.   Nicely done.