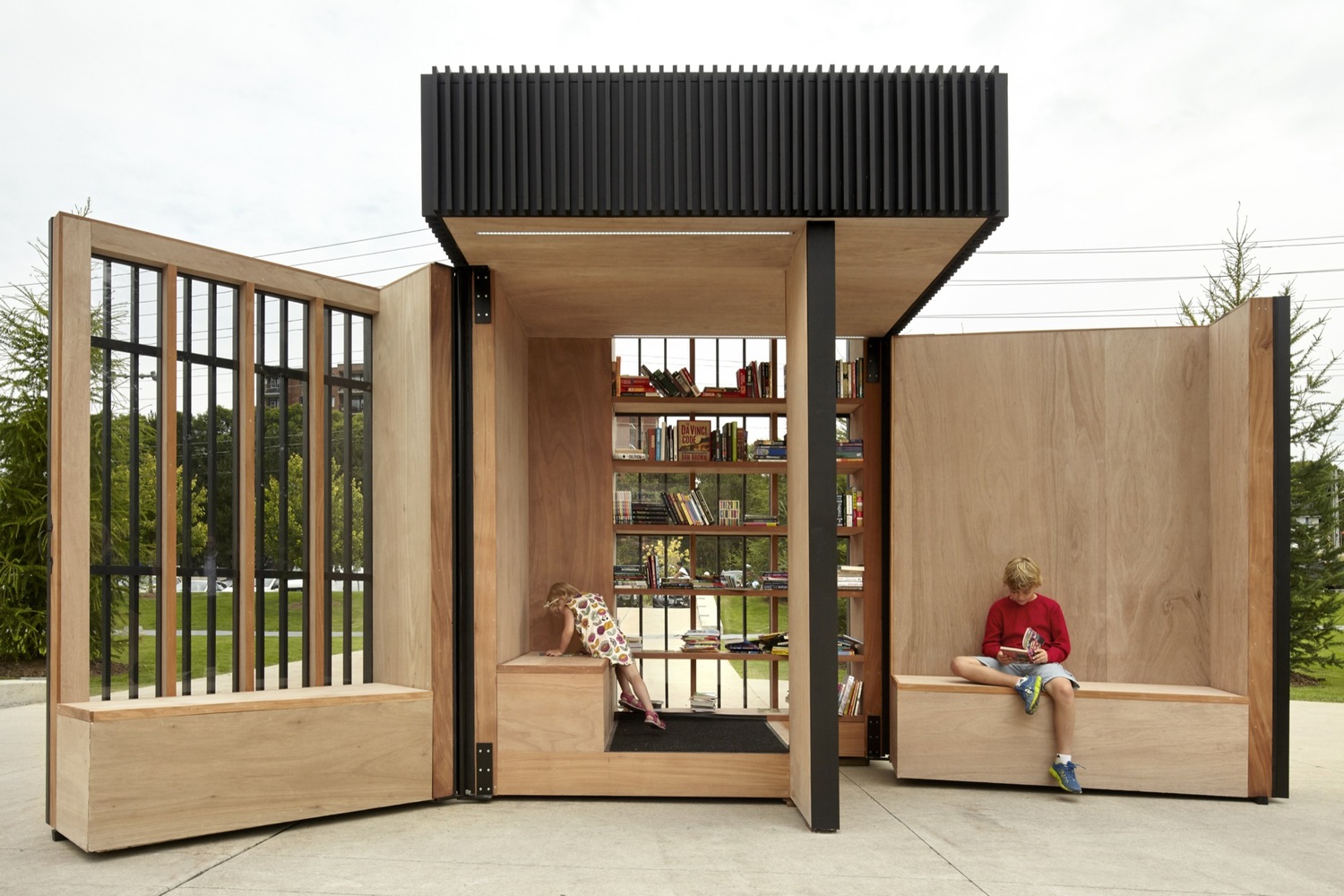 Story Pod is an apt name for this wonderful little jewel of a book box that unfurls to become a lending library and reading room all in one.  It also does a great job of showing just how a quiet, secure, and intimate space can be created with just a few elements. 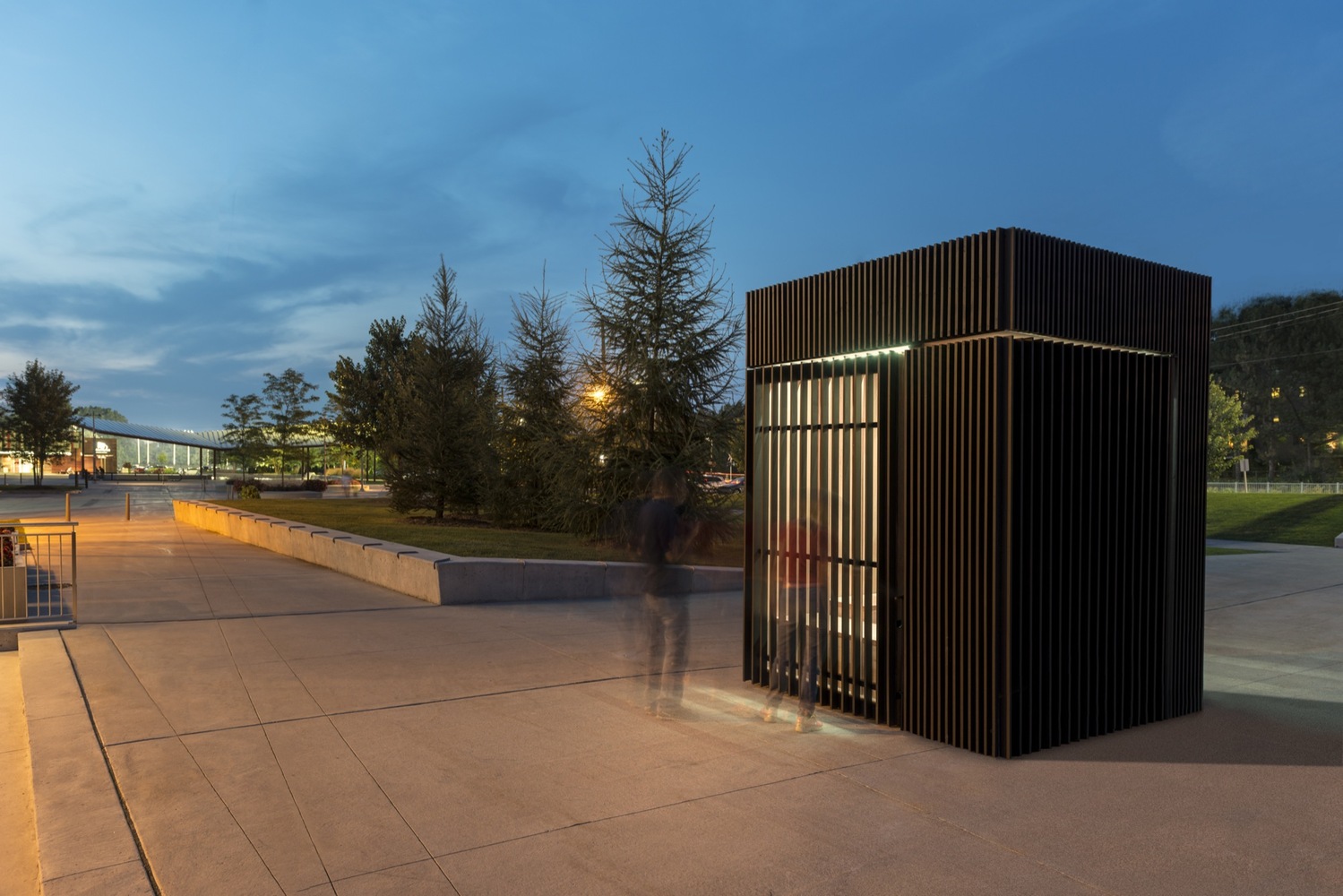 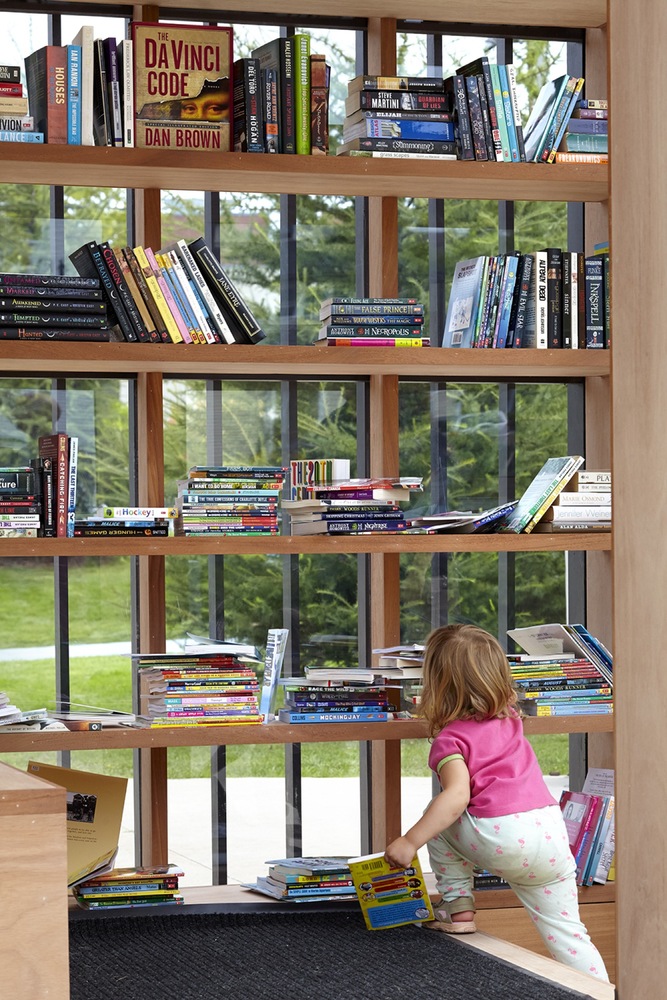 Like a lantern at night, the books in window motif, coupled with the two thin strips of LED lighting, leave no question as to what this pavilion is all about.  It’s simple, elegant, and a great community builder, letting people grab a read while lazily viewing (and hearing!) the river nearby. 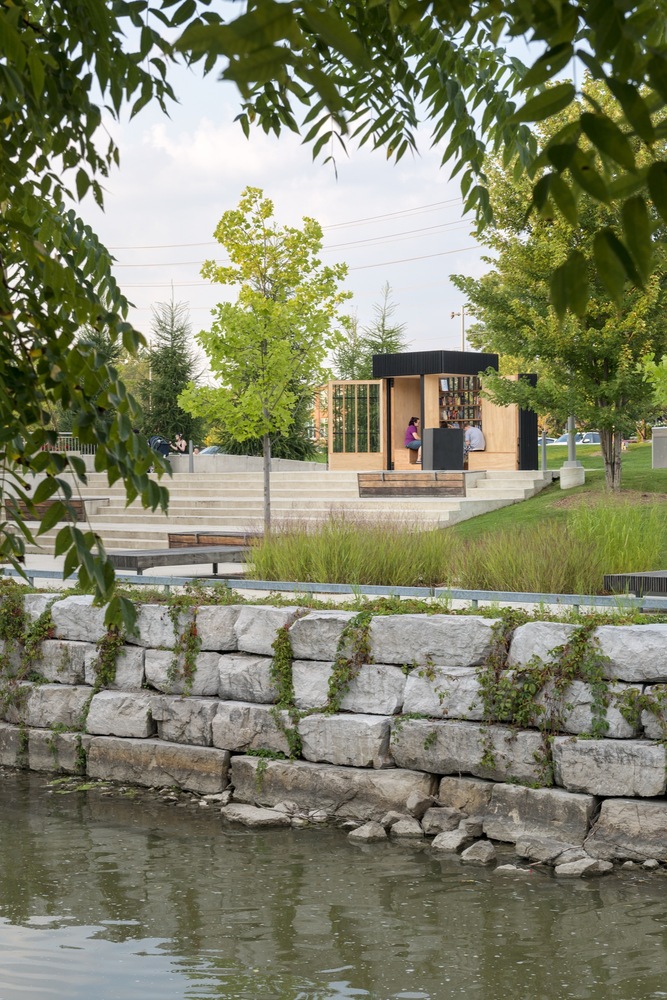 I will never forget the first time I learned that Sifu knew my name.

I had only been at the school for several months.  I hadn’t really interacted with Sifu at all – I knew who he was to be sure, and I saluted him as he passed, but to that point all my class time was with his bevy of instructors.  As it was, several instructors could not make it that evening, so Sifu was gathered with those that were there, working to ensure everyone was taken care of.  “Well, Oliver is learning Tan Tuy right now…”  Inwardly, my head whipped around.  I was, shall we say, rather high strung back then…  “He knows my name… how could he know my name?  Is that a good thing?  What’s going on? Is this bad???“

It wasn’t.  Not in the slightest.

But above all, he loved to teach and was always ready to give willing of his time to share what he knew.  Once, on one of those trips to China, while we the tour participants were practicing with the local master I looked over to see Sifu chatting with a stranger.  Not five minutes later, the stranger was in a stance and Sifu was proffering explanations and suggestions.  He was that eager.  Kung fu was his passion in life, and he expressed it fully.

Of course, there are many words that can be used to describe Sifu.  Rigorous:  Sifu never rested on his laurels with “this is how things are, this is what I remember, this is how this art is done,” he was always testing, exploring, relearning, and deepening his understanding of every art he learned.  Resourceful:  Sifu managed to make a living in the Bay Area through his love of the martial arts, without having to compromise the principles of the art.  Renaissance Man:  Sifu was skilled way beyond just the martial arts, teaching himself to be a weaponsmith, a tui na and herbalist healer, author, video producer, carpenter, businessman, real estate agent, and father.  Peaceful:  Sifu lived his life with equanimity and faced things as they were.  Devilishly witty:  Sifu could break out an astute little twist or cutting yet loving phrase or instruction at unexpected moments.  Humble:  Sifu didn’t like attention or speeches, he just wanted to practice and grow.  Industrious, fastidious, inventive, curious… I could go on.

Sifu was a genuine martial artist, interested in the art side of things as much as the martial.  He studied diligently and delved deep into the heart of several styles to discover their deepest roots and concepts.  He wouldn’t recite answers from memory:  ask him a question, and it he would generate it from first principles.  Ask him in a year, and his answer may shift as he grew his understanding.  He always knew exactly what to give you that would improve your form; never more, never less.  And it was all delivered without attitude.  He never sought the limelight, he never gated his teachings, he never compared himself to others.  He was at where he was at, always walking the path.

Through his school, through his store, through his videos, through his books, and through his disciples and instructors and through their students in turn, Sifu touched the lives of thousands.  I count myself extremely lucky to have – pretty much by accident – found my way to his school eighteen years ago and gotten the chance to know him.   He has been a major part of my entire adult life.   I will cherish all the lessons he taught me, both in the martial arts and in how to be a great human being.  I will strive to honour those lessons and his memory, practicing with equal passion and sharing that passion with equal generosity.  I will carry on his legacy, in whatever ways I can.

Grandmaster Wing Lam passed away this morning.  The world has lost a treasure.  I will miss him dearly, as will we all.

Thank you Sifu, for everything.

It was dinner time, and two fish lay in elegant plates on the table before us.  At this point in the trip – my first to China for some kung fu training – this was expected. Every dinner featured one, usually two, very whole and complete fish.  But there was one thing that I felt I didn’t quite have a grasp on yet.  Fortunately, I was seated next to Sifu that night.

“Sifu,” I asked, “What’s the secret to serving fish, so that you don’t get any bones?”

It took me a moment, but I got it.

And like many things fish related, it went well beyond the realm of fish.

To eat fish is to get bones.  If you’ve made the choice to eat fish, to go down that route, then bones should be, if not expected at least predicted.  As the expression goes, it comes with the territory.

So too in many of our lifelong activities.  Down certain paths, especially many worthwhile paths, there are things that will come up, things we will encounter, things we need to deal with, that, while not inevitable, there is a chance (and perhaps likely) that they will arise.

To get caught up in frustration or upset or “shouldn’ts” is, in some ways, kinda weird.  We made the choice.  We said we wanted fish.  And lo, here are the bones of that fish.

It needn’t, of course, descend into fatalism or cynicism – that is as much an illusion as imagining boneless fish forever.  Possibility doesn’t live at the extremes.

Inside possibility, we swim and dance down those worthwhile paths, seeking what we desire, dealing with and putting aside the bones that arise with clarity, peace and grace.

And sometimes, in the most literal way, we serve ourselves and eat some very delicious fish.

This is one of those buildings that make my eyes ask, “Is what I’m seeing real?  Or a dream?”

Quite real, it turns out, but this is still one trippy library.  It’s over the top, of course, but purposefully so, and for a civic place like a library it’s quite appropriate and fun.  Just don’t try to get one of the books on those top shelves…

Here we go!  Some 33 years after I bought my first RPG, Top Secret, the newly minted (and Kickstartered) Top Secret NWO arrived on my doorstep!  Written by the same author it promised a return to super sweet spycraftian action.  I ripped open the package to find a box sporting the deliciously familiar motif of gadgets and secret documents and money and IDs.

Ahh, wonderful nostalgia, both for the cover but also for a boxed RPG!

Inside awaited the rulebook, a set of bog standard dice, a pad of nicely done character sheets (albeit a bit odd in that they present a “folder” motif but since they’re one page it isn’t much of a folder…), a very nice looking and heavy duty screen, an introductory module (perfectly done up with prominent bands of yellow on the cover, again reminiscent of the module included in the original Top Secret box, good ol’ Sprechenhaltestelle), and a gaggle of play aids:  some die-cut counters (of artwork I am not that fond of), a series of vehicle cards, and a kind of secondary character sheet table card thing.

The intel is set.  The mission is clear.  Let’s dive into the debrief… END_OF_DOCUMENT_TOKEN_TO_BE_REPLACED

There’s so much story that just drips out of this image… in addition to the undeniable beauty.

Our deep human yearning for certainty

Our deep craving to know

Our deep need for agency

Can all lead us

And beautiful acts of community

But they can also lead us

Ways that are most harmful

The desire is real

It will set us off

to travel down those paths

It is only clinging

That can lead us astray

Part of being human

Is learning to live with

The spaces of uncertainty

For there will always be some 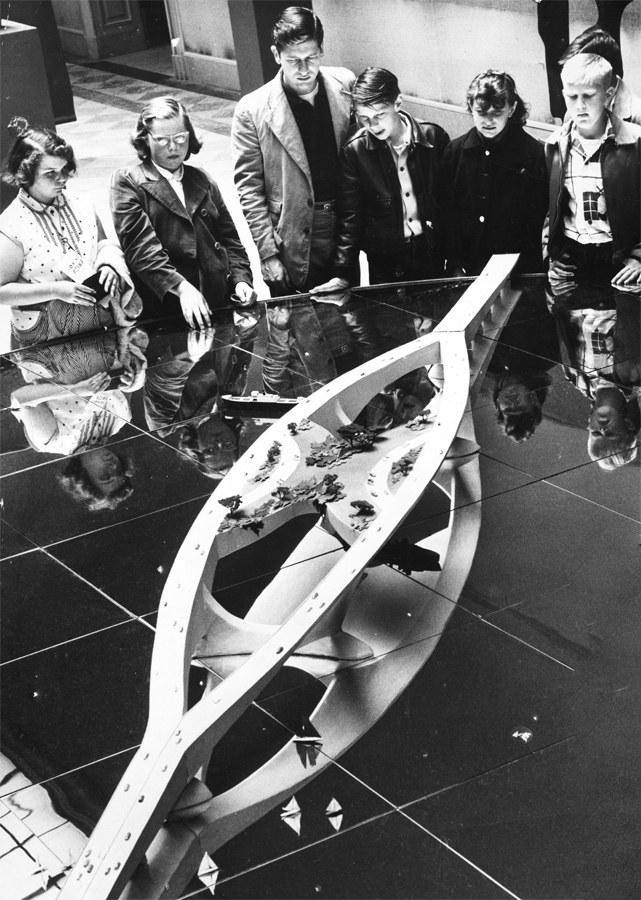 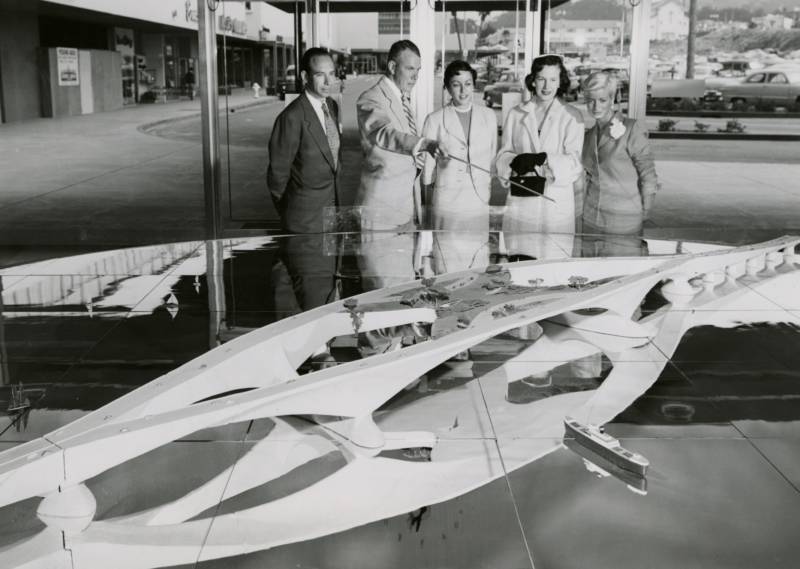 taking our breath away

across the inky blackness of night

photo of the “Dragon Aurora” by Marco Bastoni

we don’t talk about our foibles,

we don’t go looking for our hidden biases,

we don’t dig deep into our barriers,

we don’t examine our realities,

we don’t cop to our actions,

because it reminds us

it doesn’t have to be

about blame or shame

we can dig deep into things

in order to become

and radiate all the best

humanity has to offer