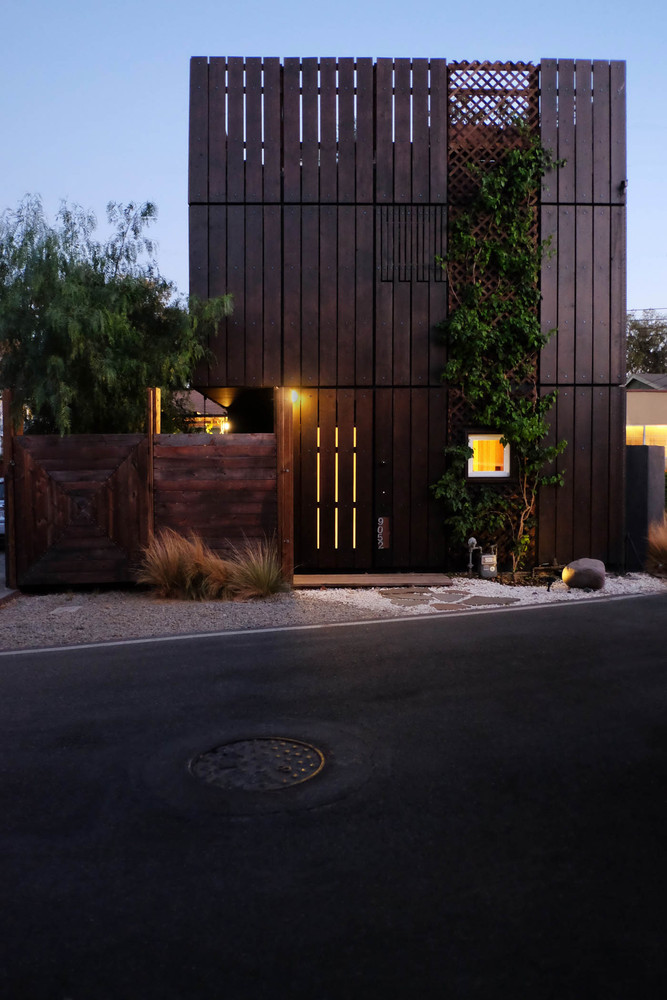 Here’s a rather remarkable house renovation.  I say remarkable, because without being told I wouldn’t have known that it wasn’t new.  Done, as these things often are, on a budget, it uses a few creative moves to maximum effect, crafting some mighty fine living areas including a sweet roof garden. 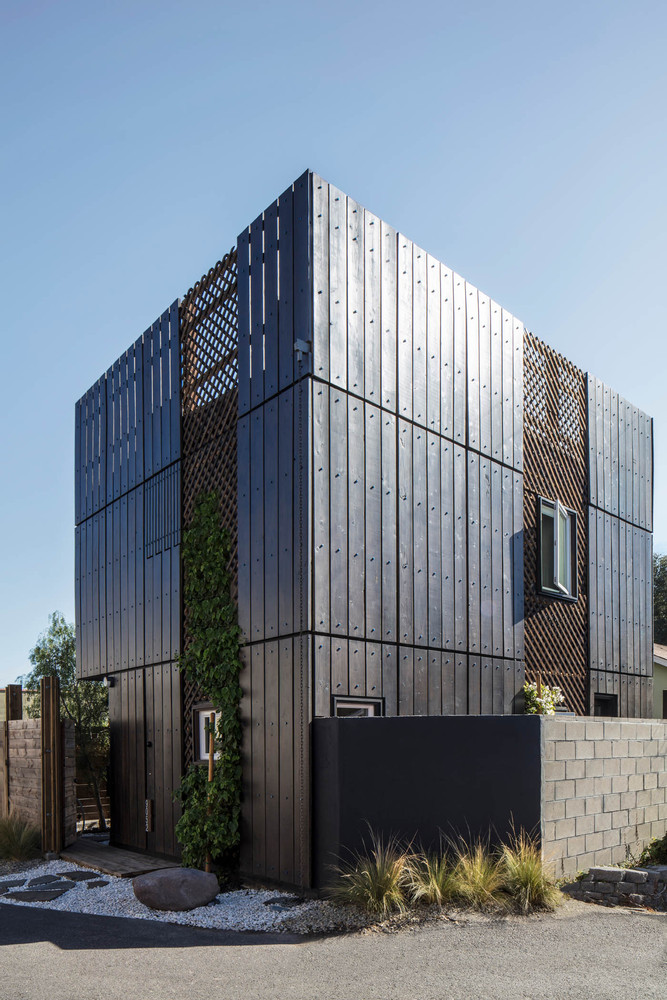 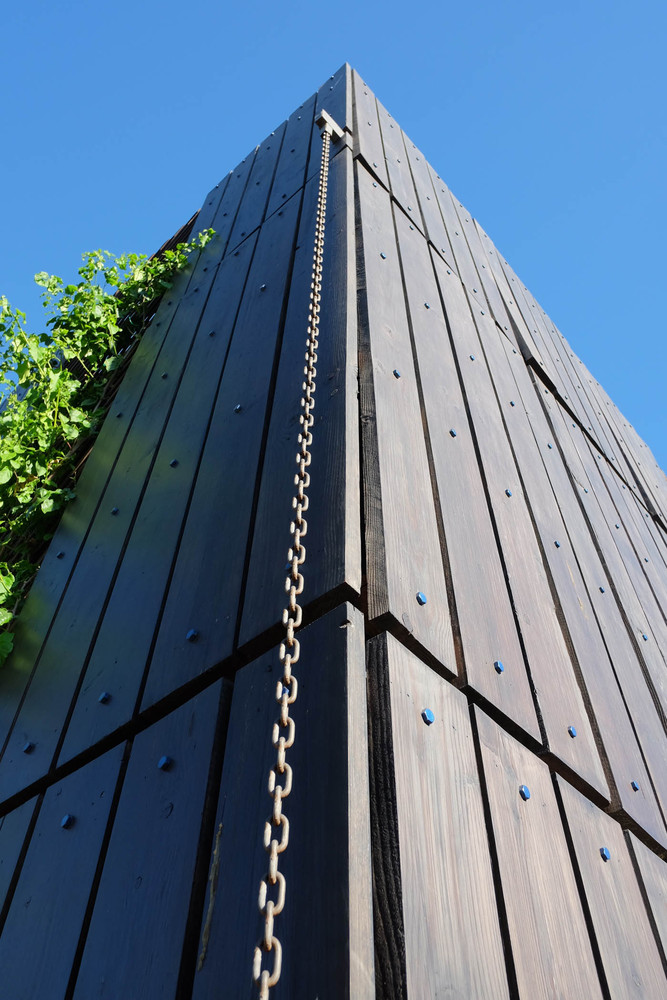 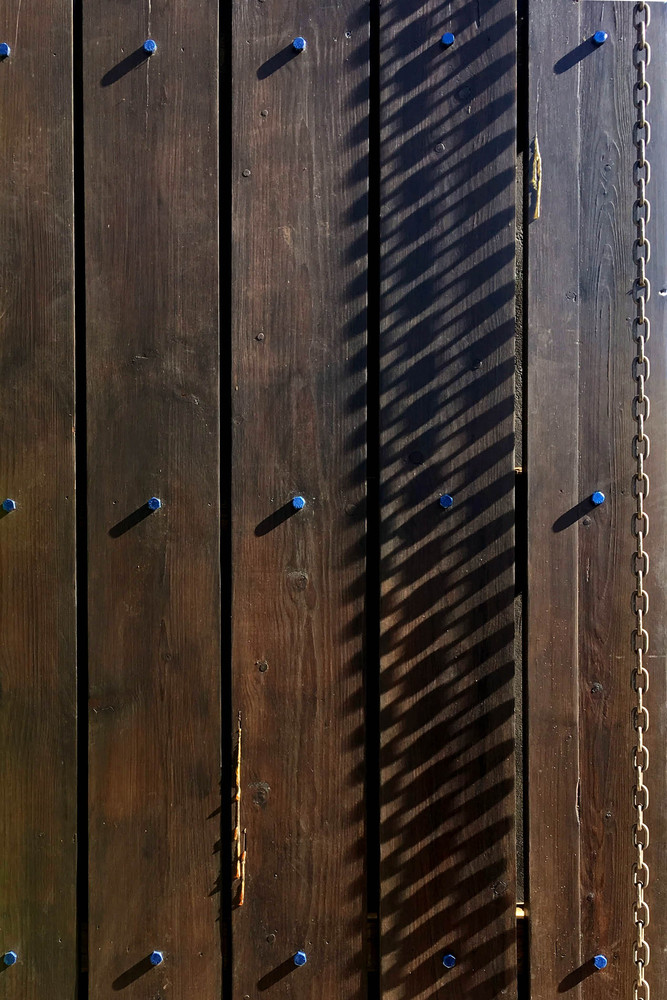 Most noticeable of course is the new face to the house.  It’s very cool how just by using a simple repetitive pattern of darkly stained wood, punctuated by a few elements, such as the larger gaps between boards breaks it down into a grid within a grid, or how light comes through certain boards compared to others, makes the whole affair look like a finely crafted jewel box.  I especially like how the trellis punctuates things with it’s difference and its greenery.  The shadow play is also fun, both between all the boards but especially in the little bits such as off the water chain. 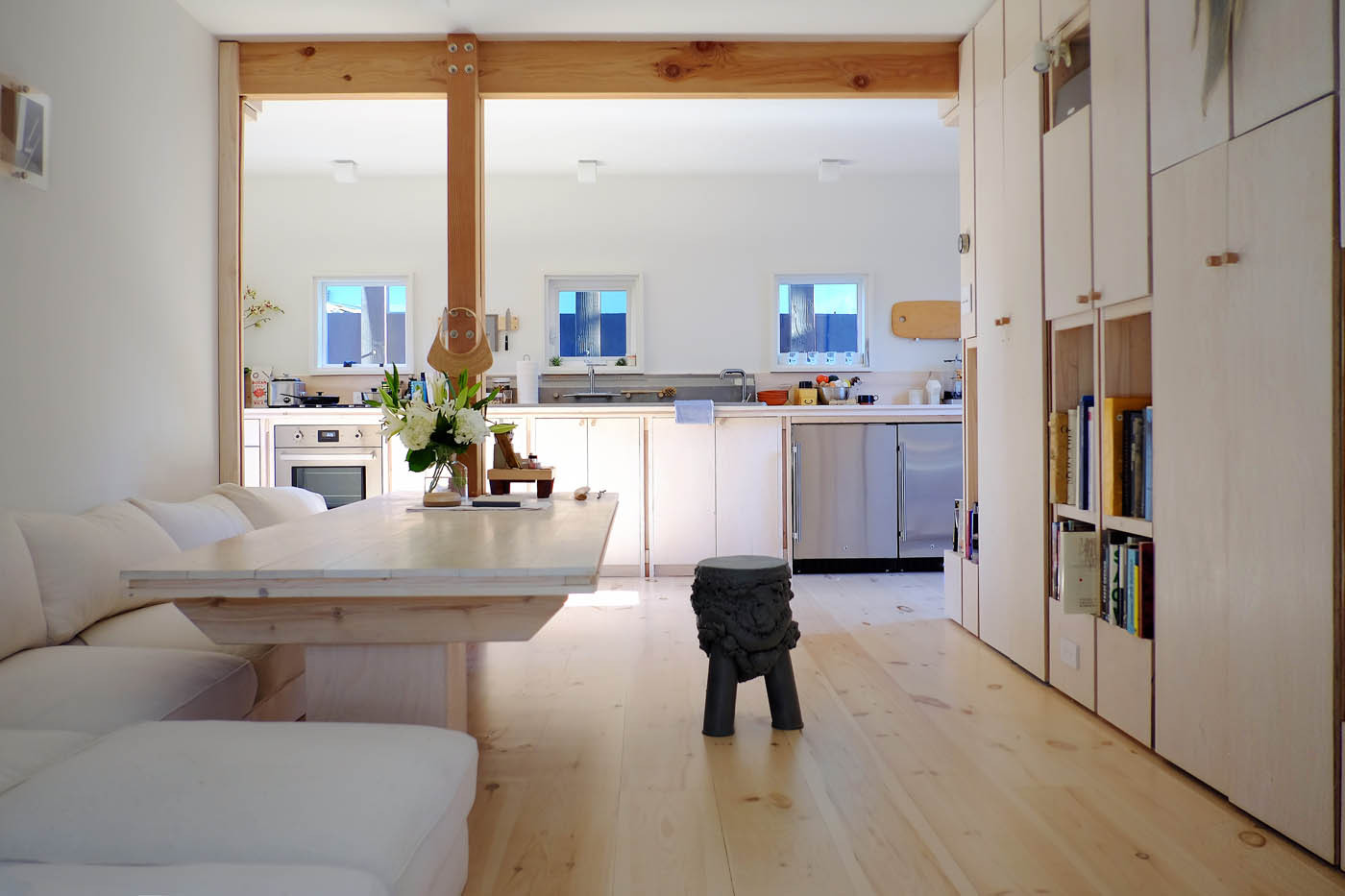 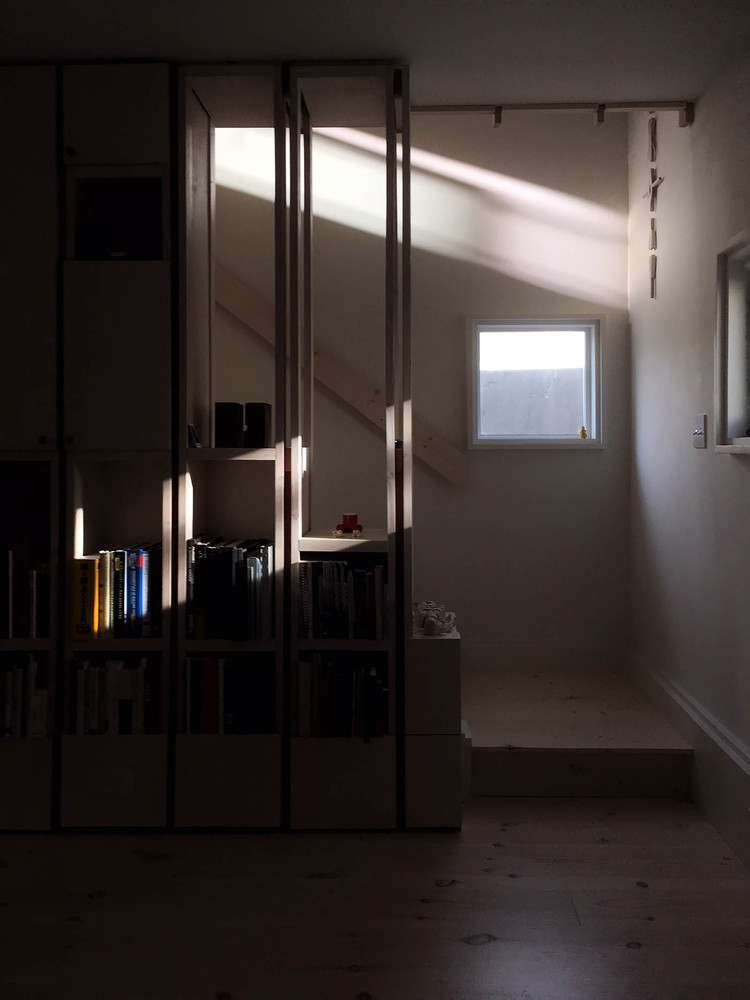 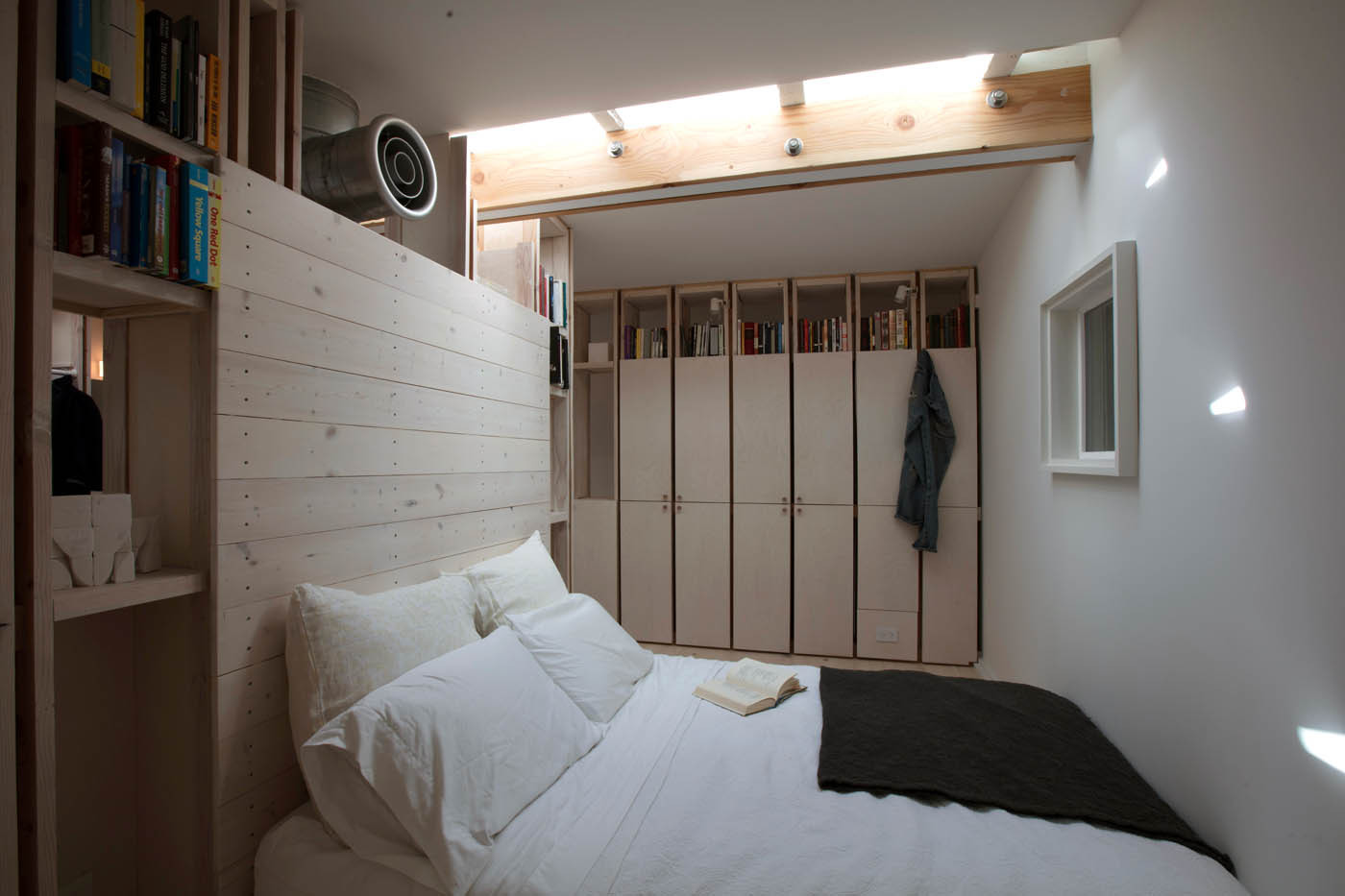 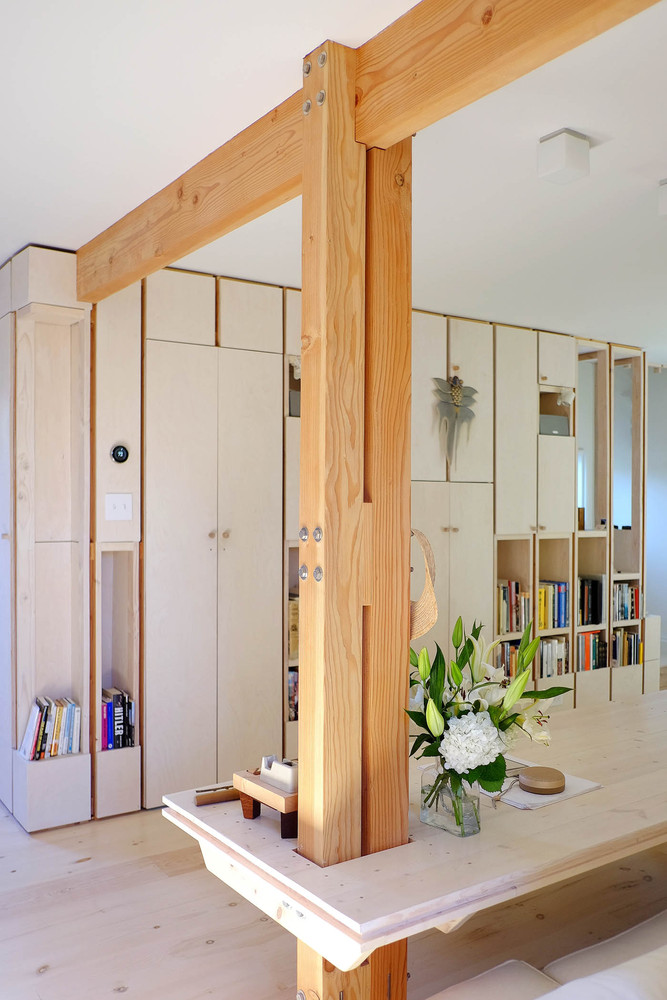 Inside, the space has been left largely open, with spaces mostly delineated by thickened cabinetry and shelving.  Lots of carefully crafted light, lots of space to move, lots of places to display books, knick knacks, and more. 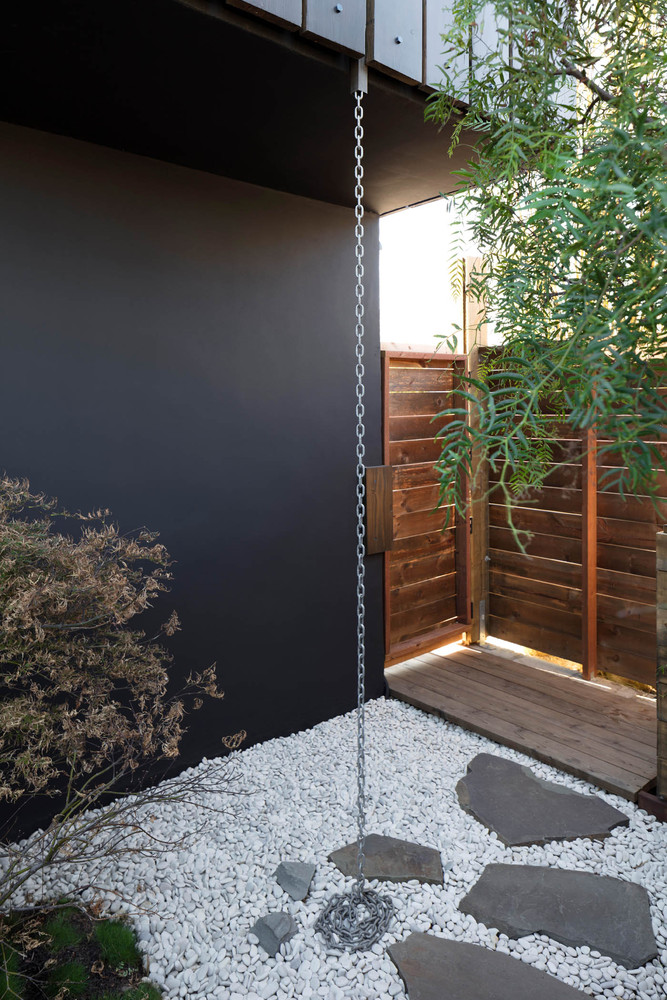 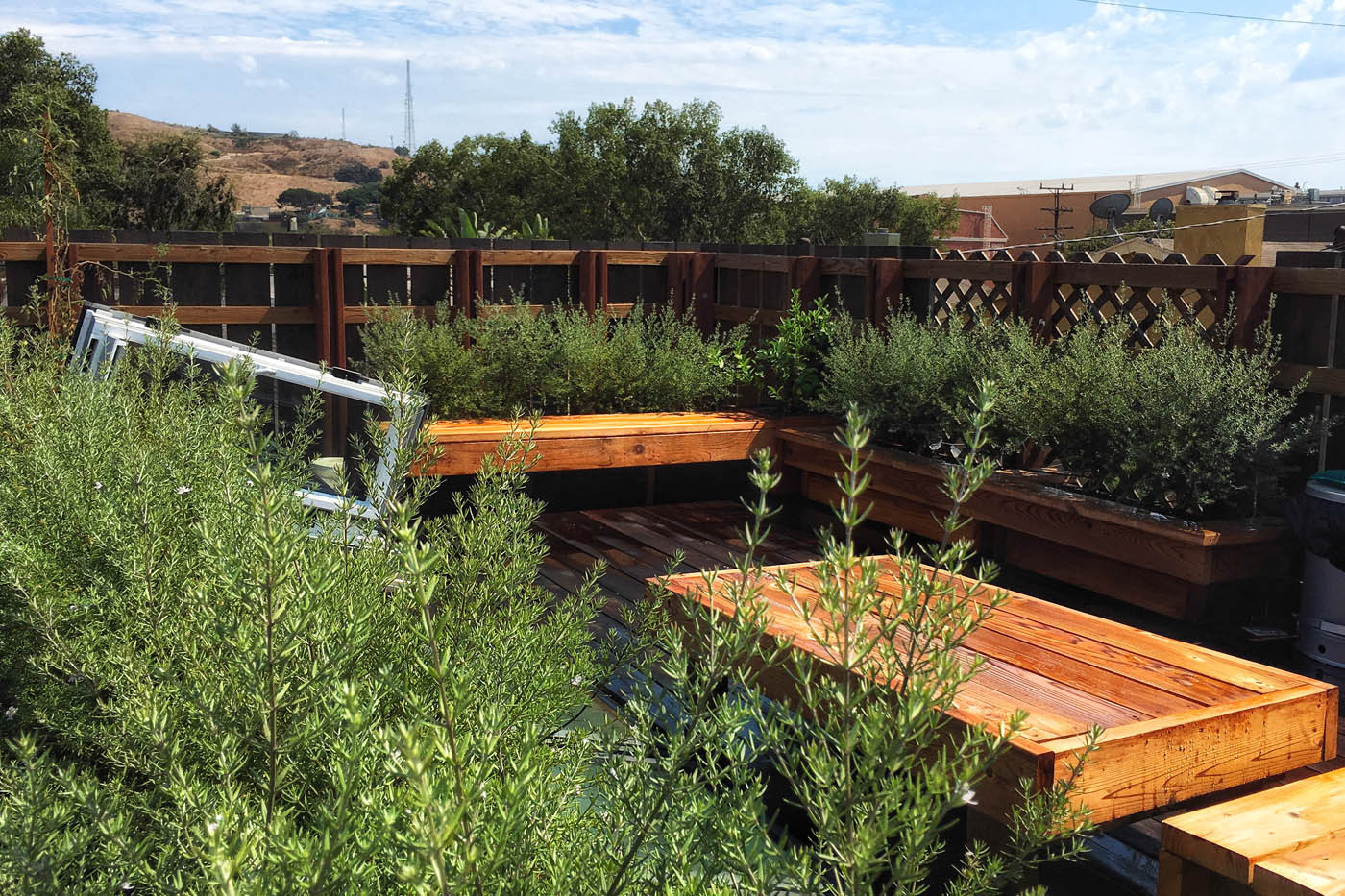 It’s an oddly shaped and small site, but both the on-ground landscaping and that roof garden make the most of it.

This is solid work.  Modest comes to mind as a word, but most certainly not in a pejorative sense – there’s no reason why something done without unlimited funds and without grandiosity cannot be both done and done well.  This would be a great house to live in.

The Sparrow House by Samantha Mink