I first saw the Strawberry Vale school while I was in university, and I fell in love with it immediately.  There’s a lot of great stuff going on here, an inventive take on the idea of an elementary school that creates an amazing array of spaces that I certainly would have enjoyed the heck out of during my primary school days.  A playground of geometry that, if it seems like it erupted from the ground, it is because, in a way, it did; situated near a rock outcropping, the school follows the forms and contours to organize itself in a nifty way. 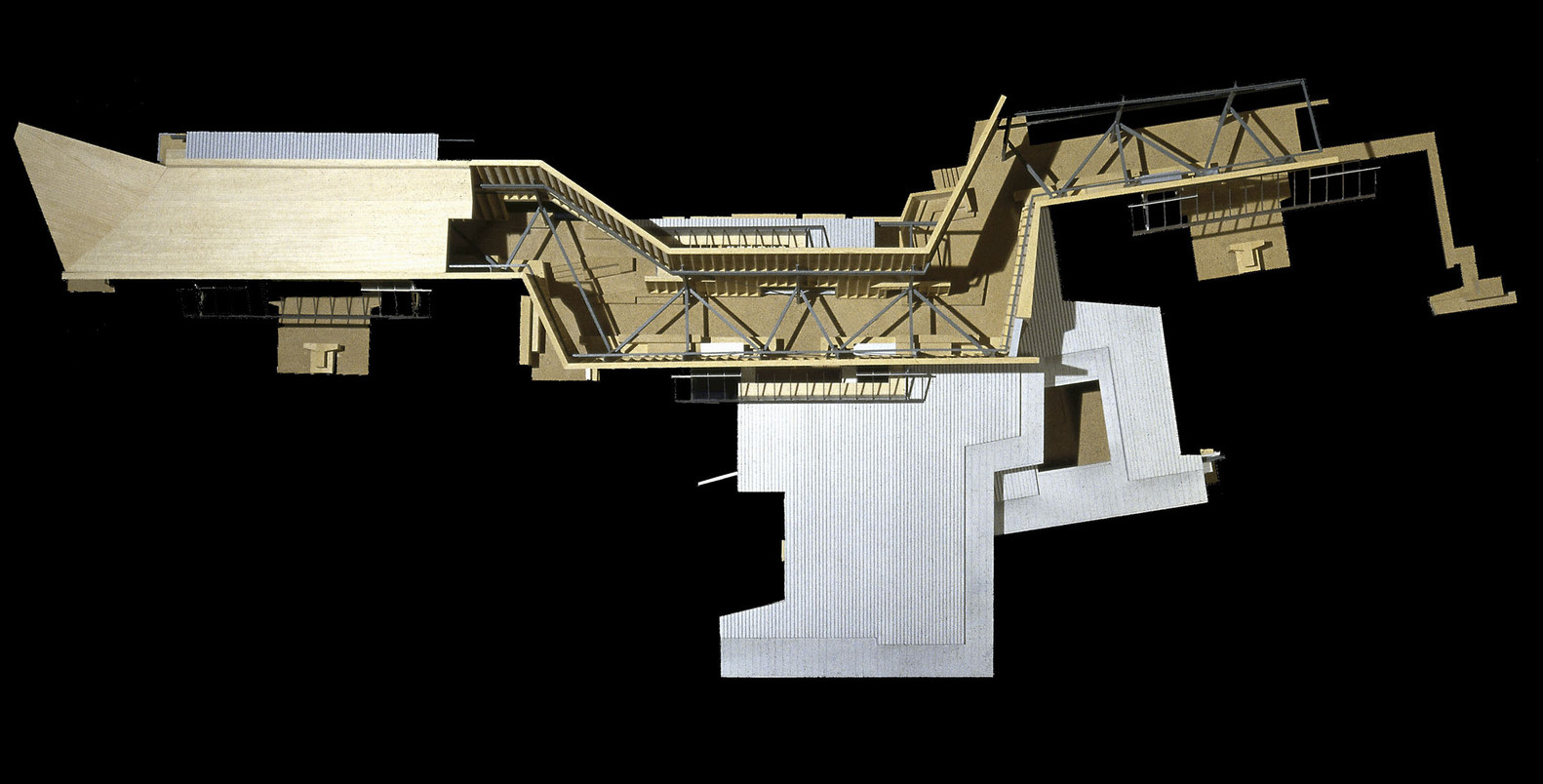 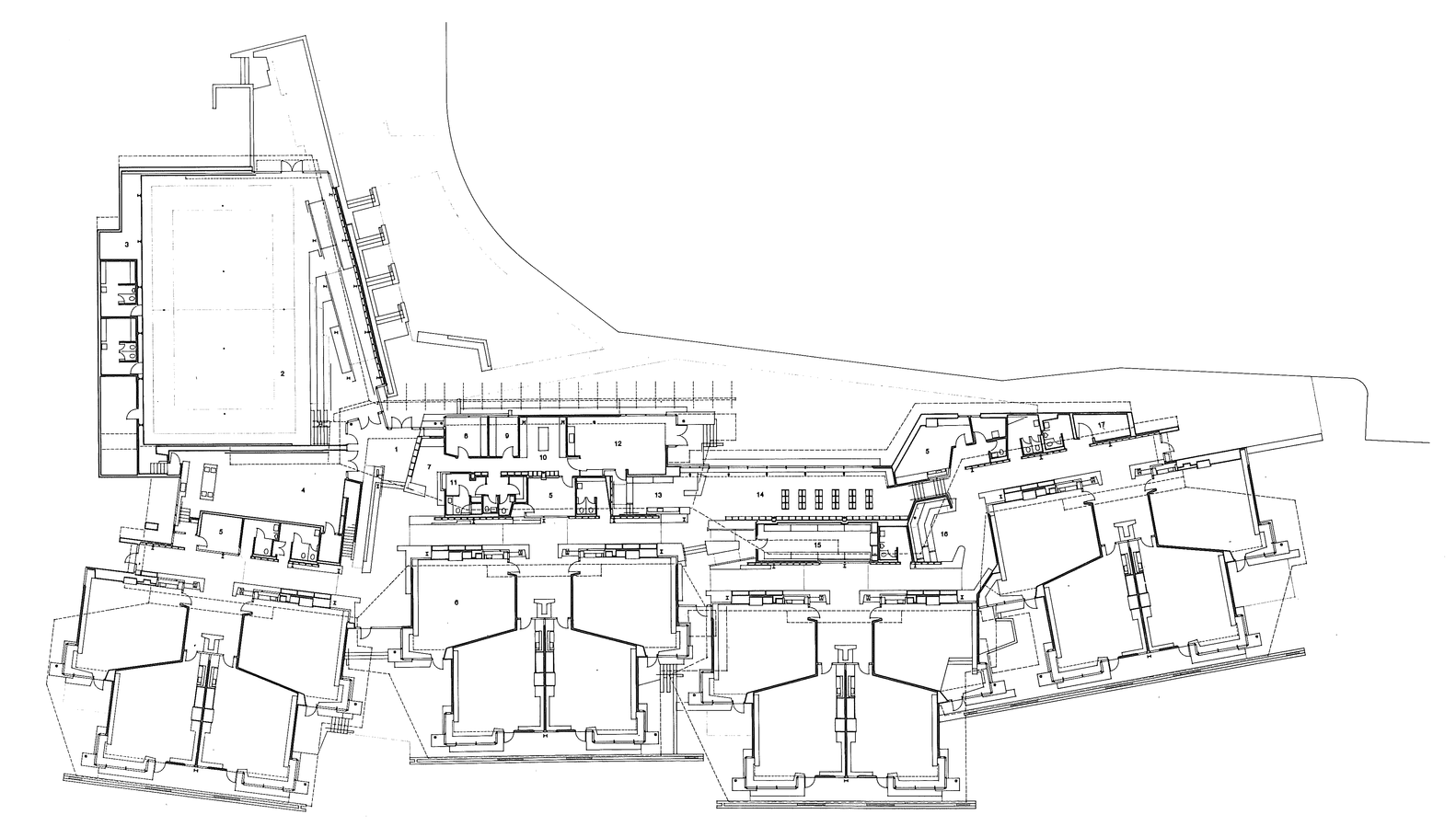 The key to the whole composition is in that winding hallway (although it almost feels pejorative to call such a big feature a mere hallway) off which classrooms, libraries, gyms, and more jut out into the landscape.  Full of level changes as it follows the land outside, it’s a visual treat and a logical way to organize a school. 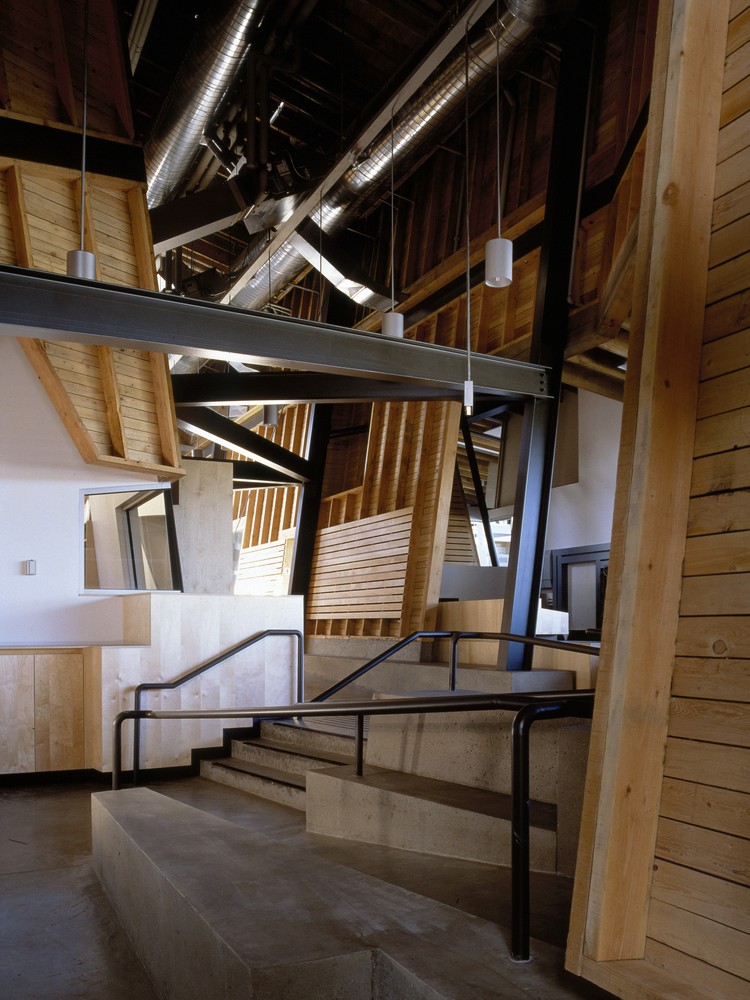 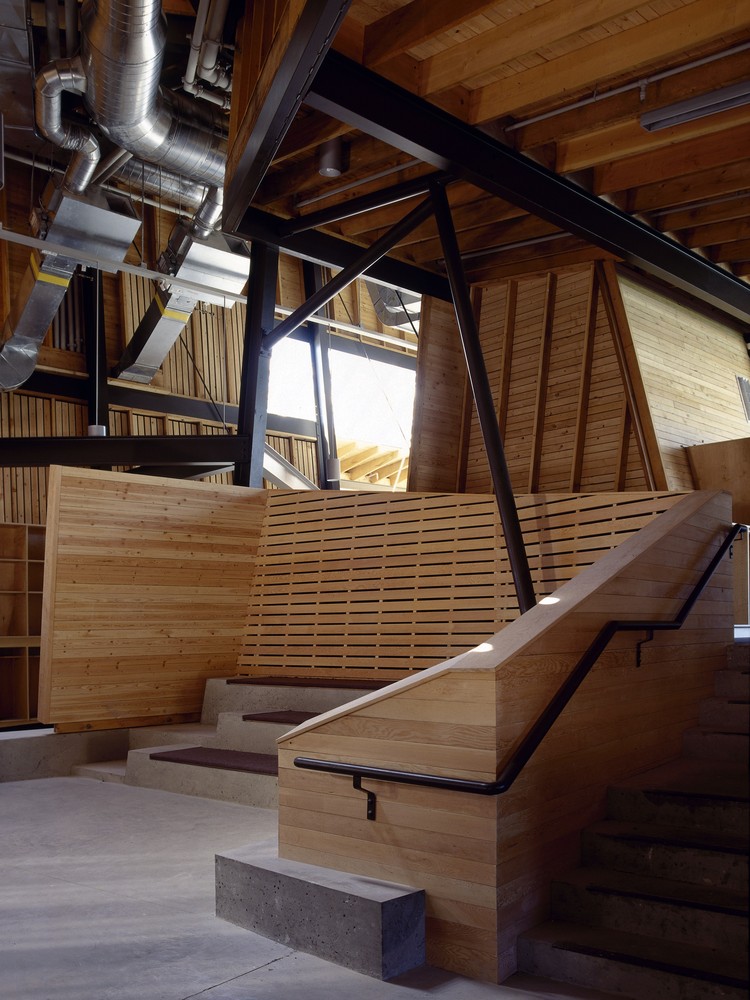 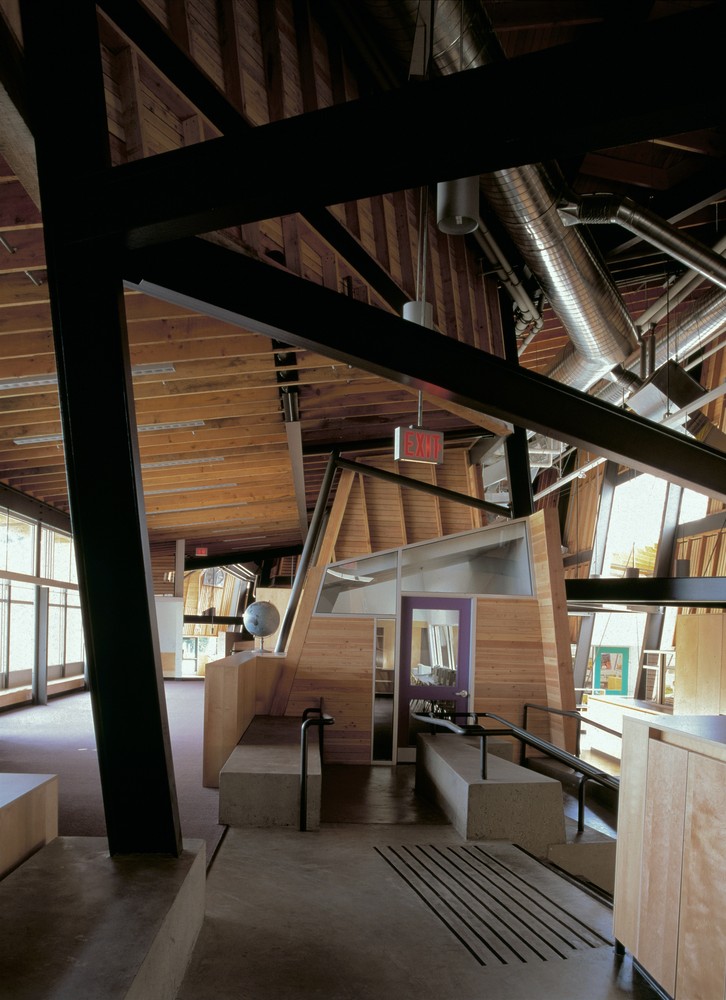 The images speak well for themselves.  Ramps, stairs, corners, and more make for niches and protected alcoves that can be taken over by teachers and classrooms, while at the same time encompassing larger and enclosed spaces for many of the school’s shared functions. 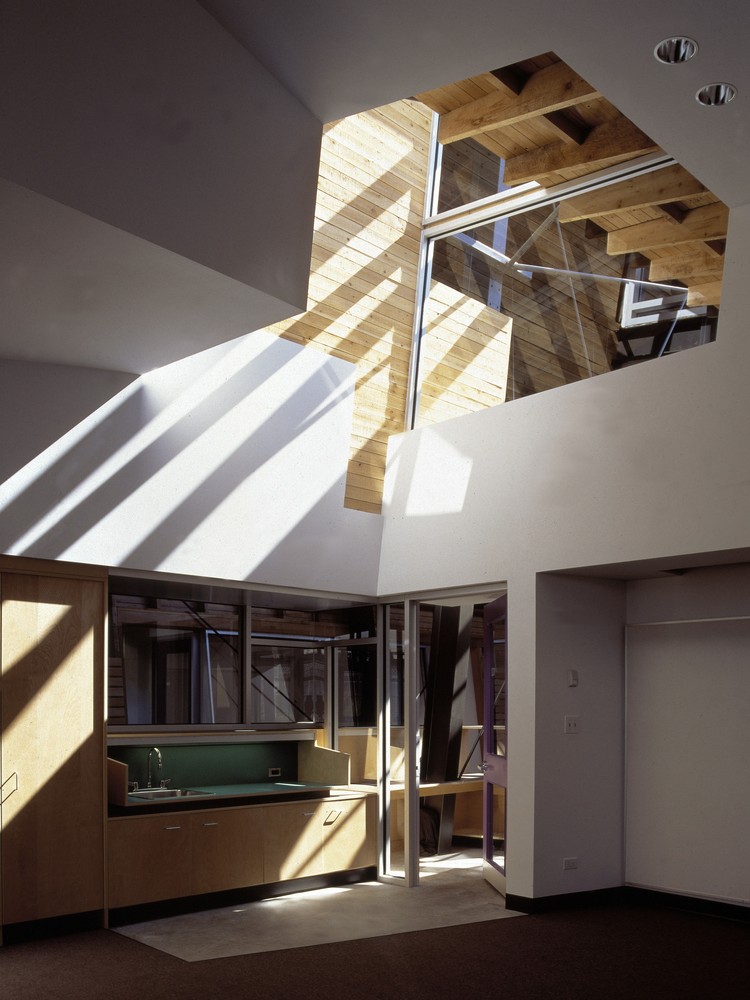 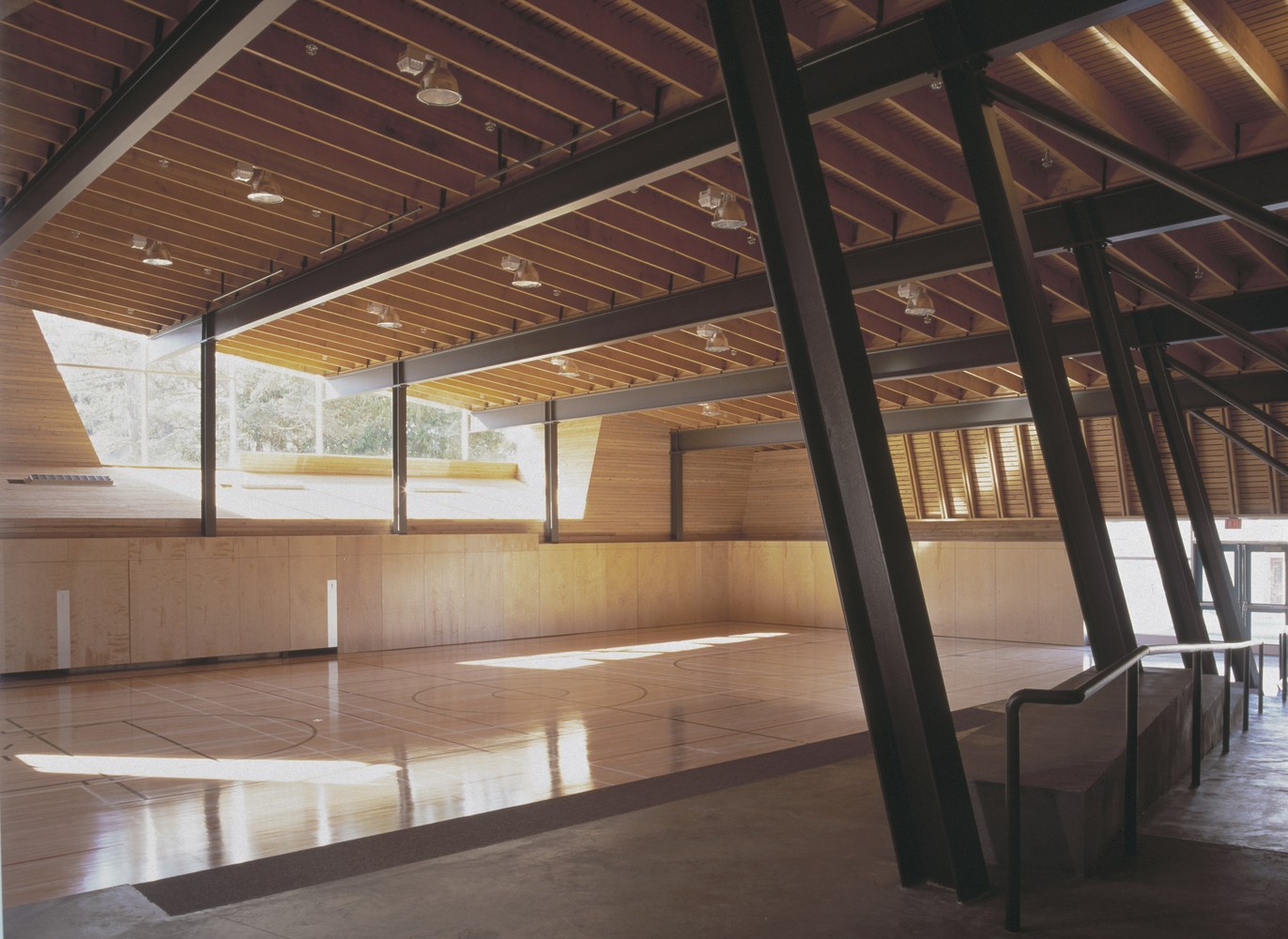 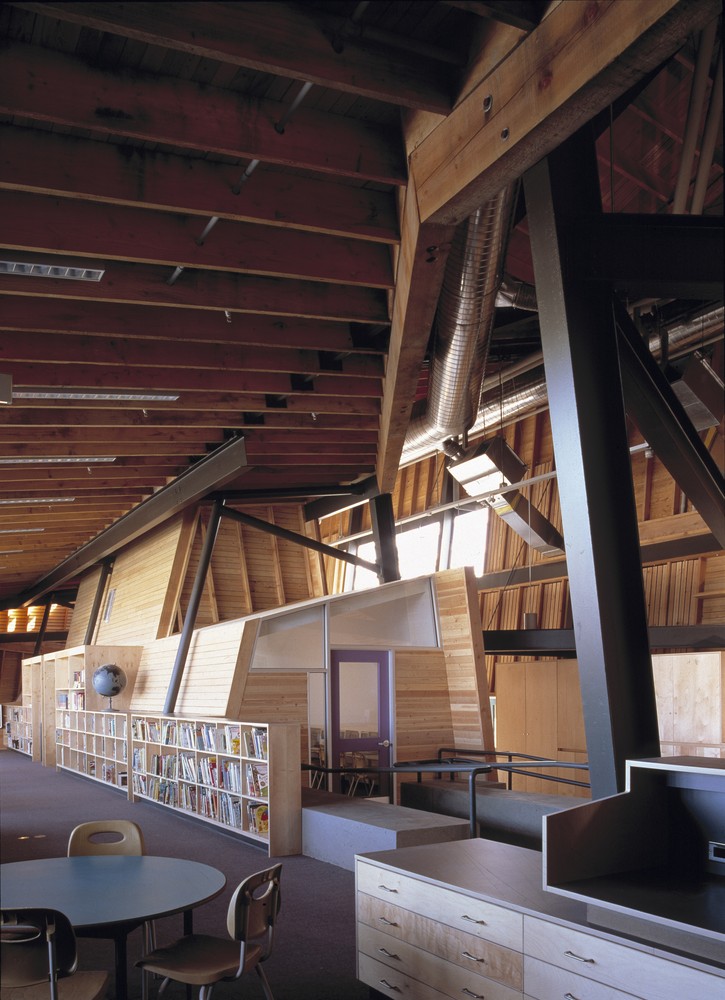 The creative geometry of that central spine also allows for an abundance of light to enter every room, often in multiple ways and from multiple directions.  This is a dynamic building, with all the angles and jungle-gym like structure and the changing light throughout the day.  In addition, there’s a focus towards the woodlands that surround the school, tying nature back into the learning experience. 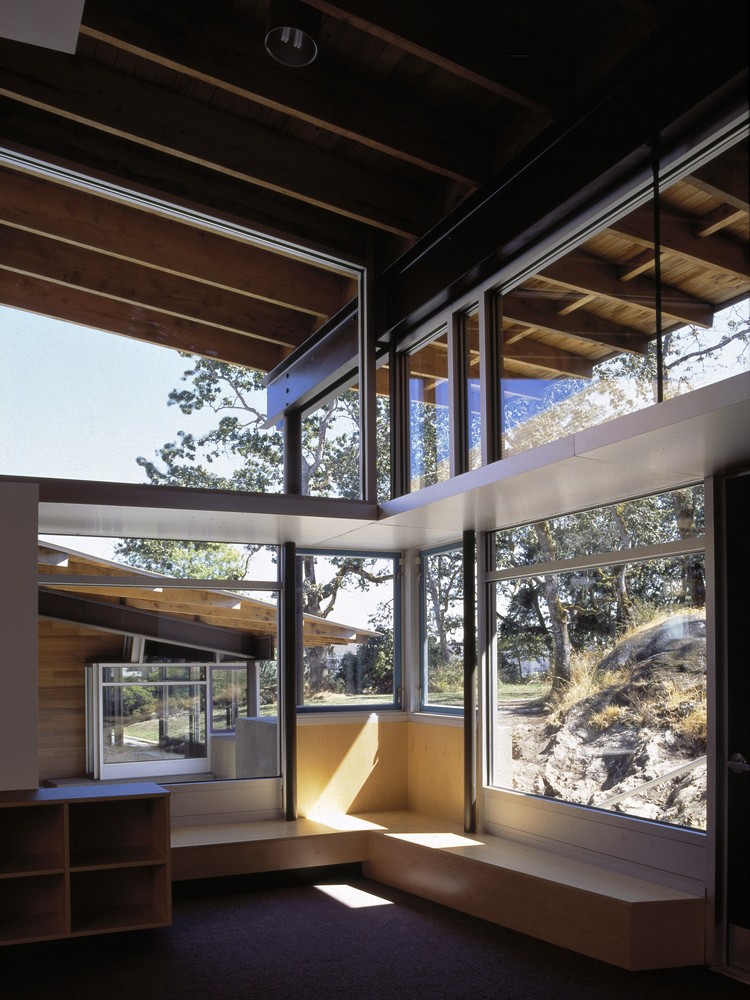 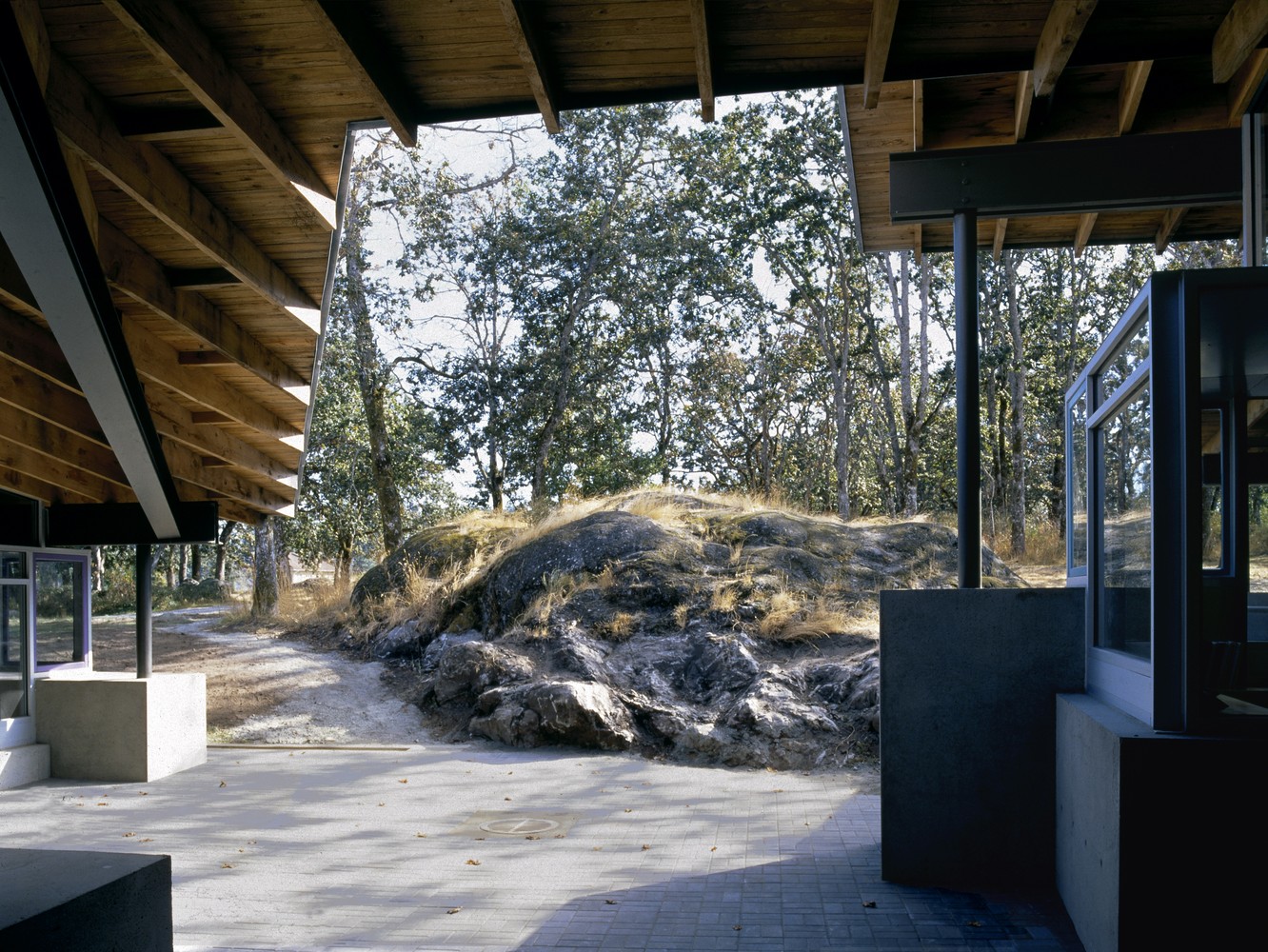 This is one cool and exciting school.  I don’t doubt the kids here gain a whole lot from the building and their environment as from the teachers themselves, there’s enough here to keep the mind engaged and amused.  Really great stuff.