Following up on last week’s post, next up:  Star Trek Adventures!

I had a lot of fun with this one, generating it from scratch using the principles and look of the now infamous TNG-era LCARS computer interface.  The LCARS look was really convenient in accommodating a layout split down the middle.  I played around a bit with whether to put the service record or gear inside vs which went on the back – in the end I chose to keep the service record on the inside as it linked best with the character’s history, values, and other RP items.

As with the last design, I’m very chuffed with how this turned out!  I like the look far more than the ones that come with the game, and I think it organizes thing in ways that better emphasizes RP and the mechanics that support it.

Also as with the last design this should work equally well outside of a/the notebook.  With a minor tweak to add equipment it could easily be a single-sided sheet as well.  I’ve made a blank version of the sheet in PDF format, an InDesign file with the necessary text boxes, and all required fonts available in a zip file for download.  Enjoy!  And live long and prosper. 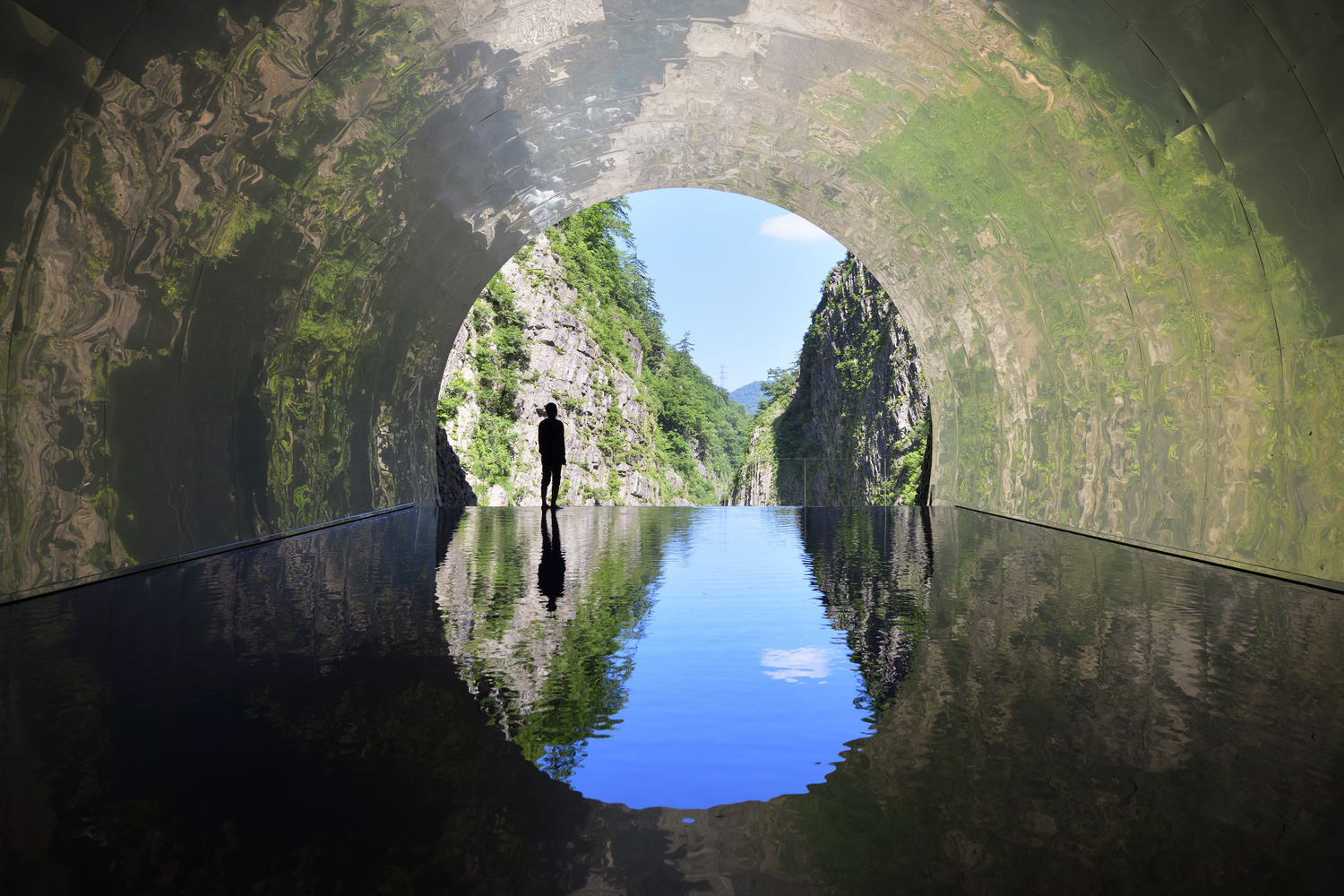 Tunnel of light by MAD Architects

If you love who you are being, you love your life.  Period.

Every state of being has a visceral aspect to it.  We feel it.  It forms the baseline for our immediate experience of life.

When we spend time being angry, upset, frustrated, vindictive, petty, or the like, we’re not having a pleasant experience of life.

Spend lots of time there, and our experience of life suffers.

Spend time being content, fulfilled, loving, vital, generous, grateful, amused, fascinated, or any of their ilk, and the experience of life can be most grand.

It’s not about good states or bad states or ways.  Only about our experience of life.

If we find that our experience ain’t being so great, we get to ask ourselves a question:  “Who am I being that my experience ain’t so great?”  Even better: “Is this way of being productive?”

And step onto the paths towards those experiences of life that we all truly want. 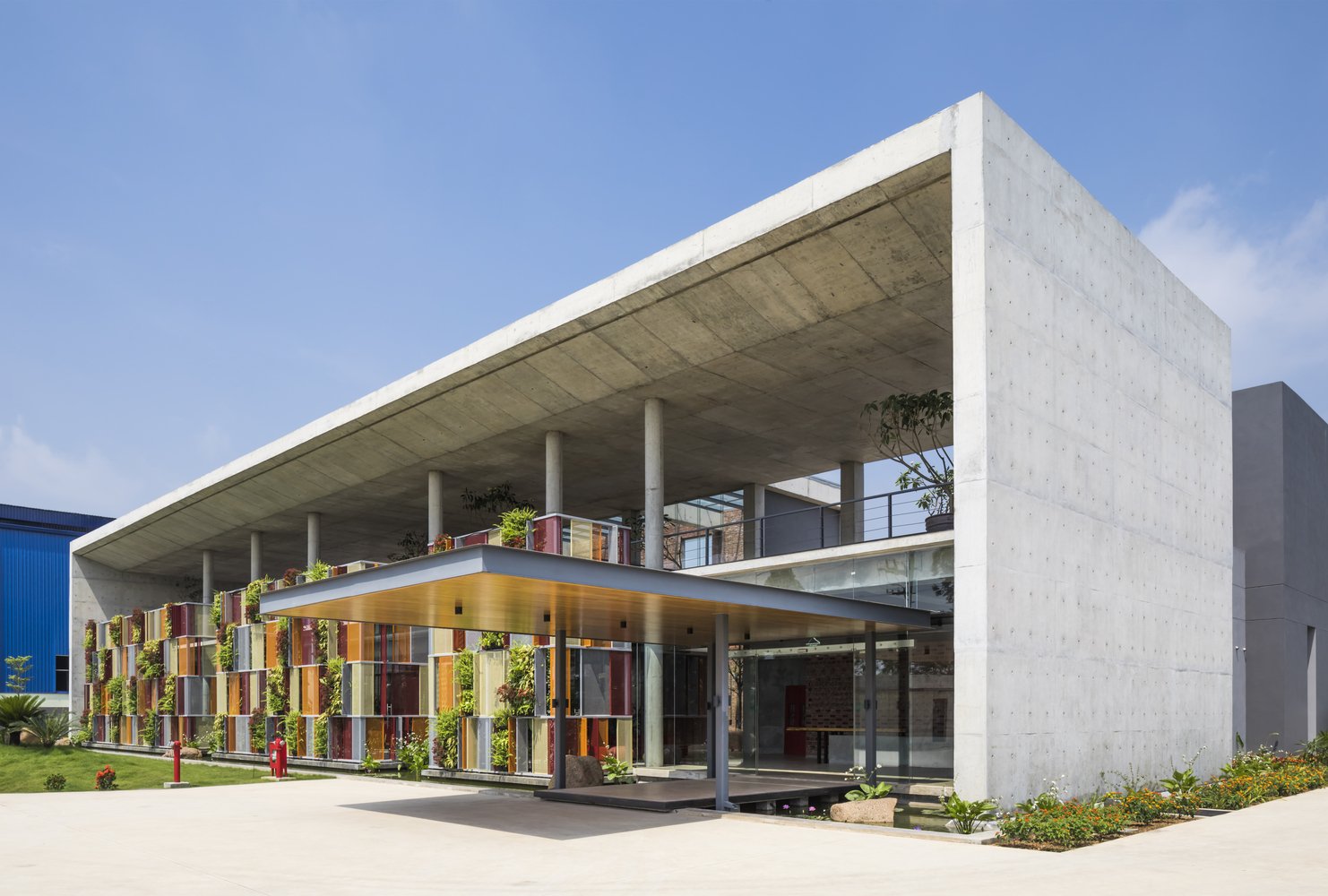 We spend so much of our lives at work it’s always great to come across a project for an office or factory or other place of employ that is more than a dark box and instead genuinely creates a wonderful place to be (and work) in. 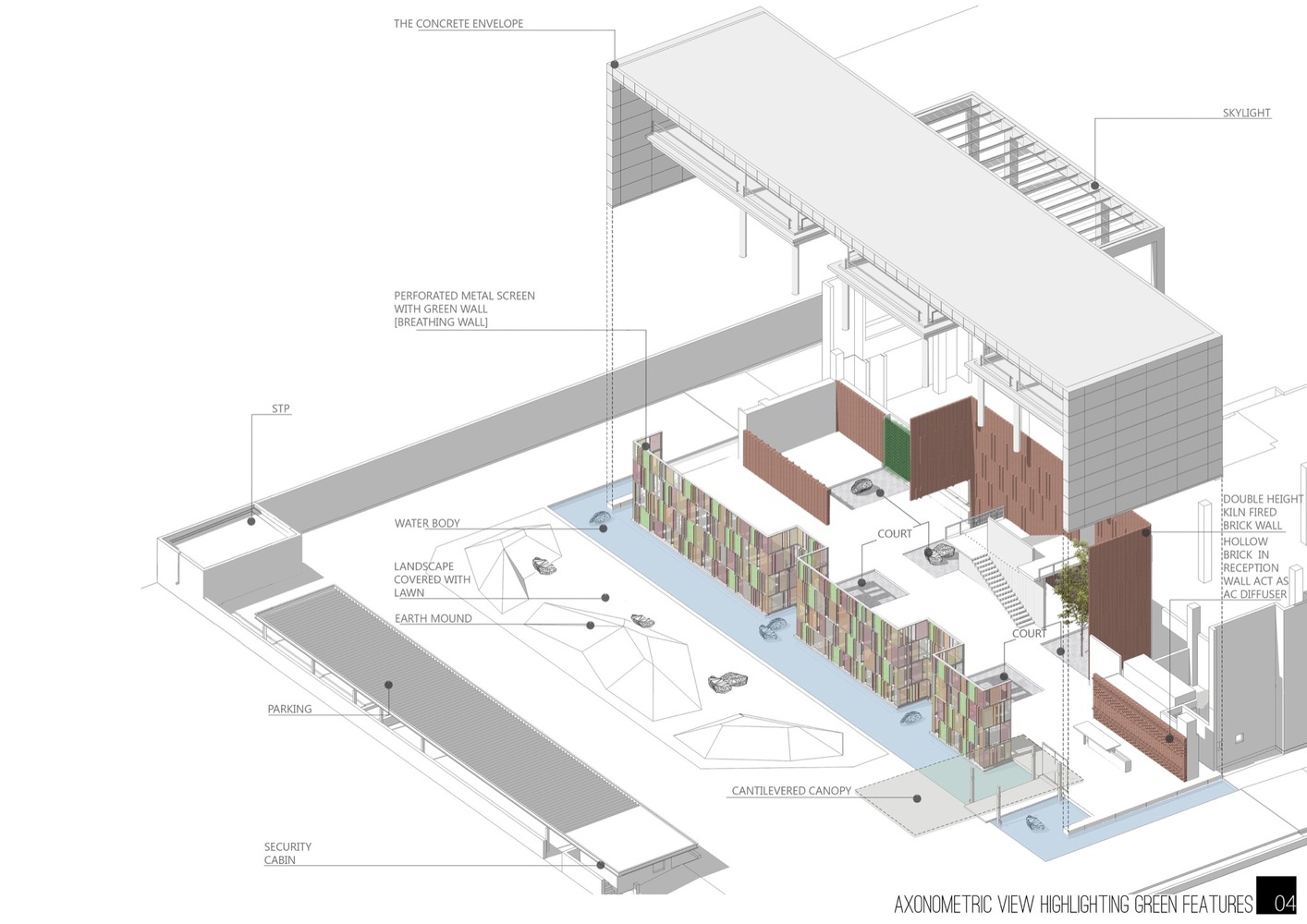 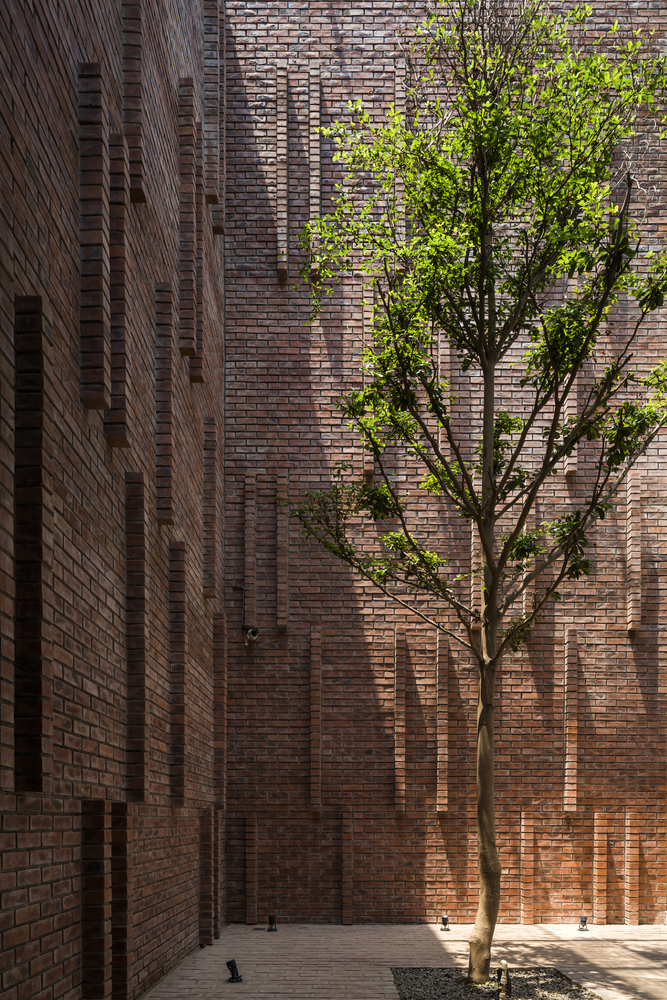 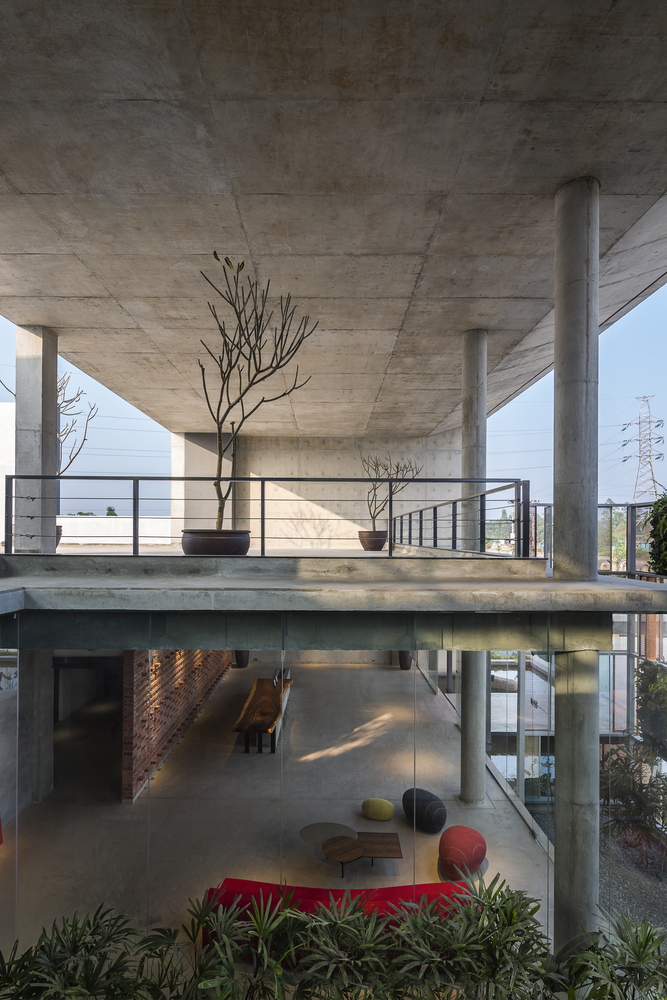 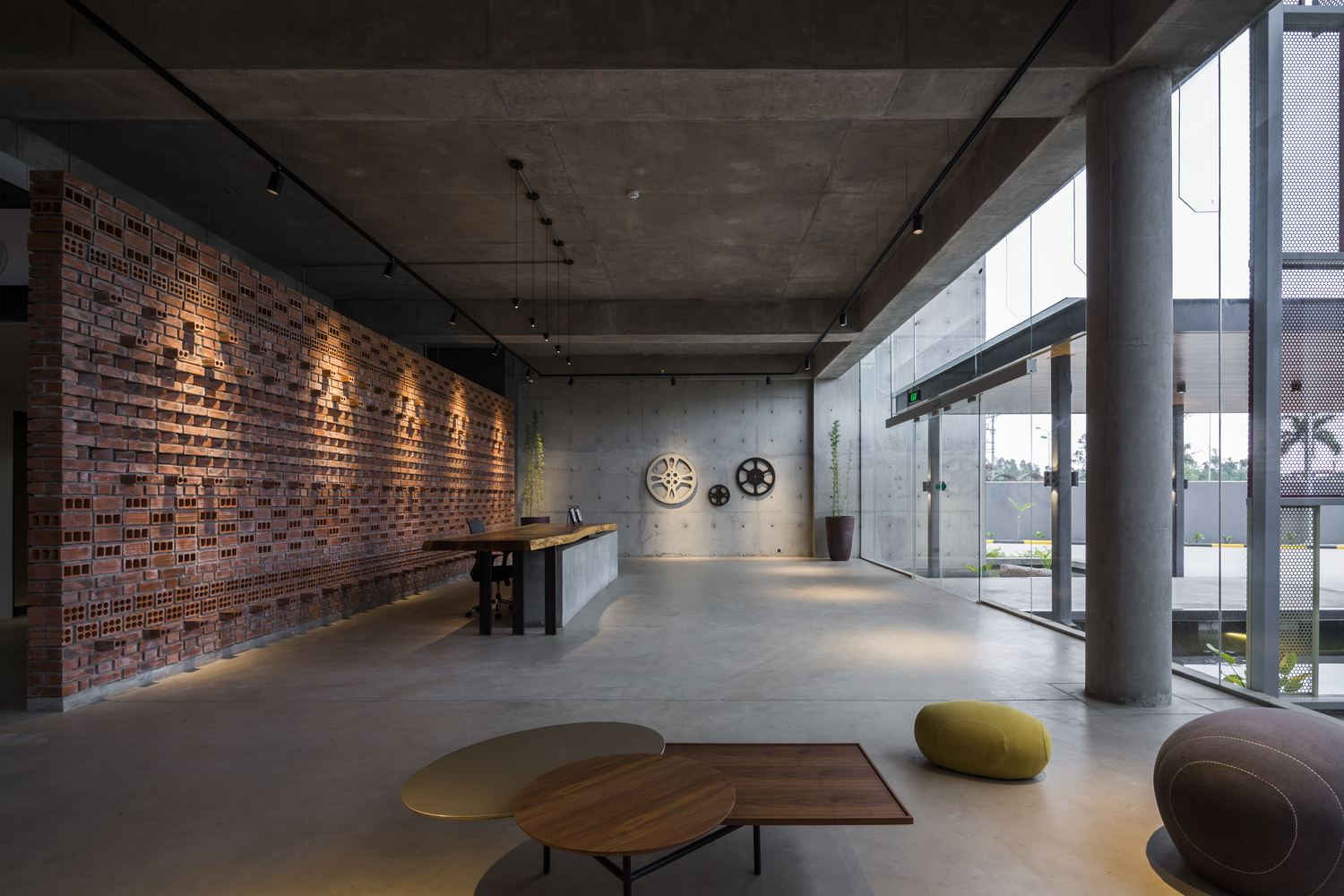 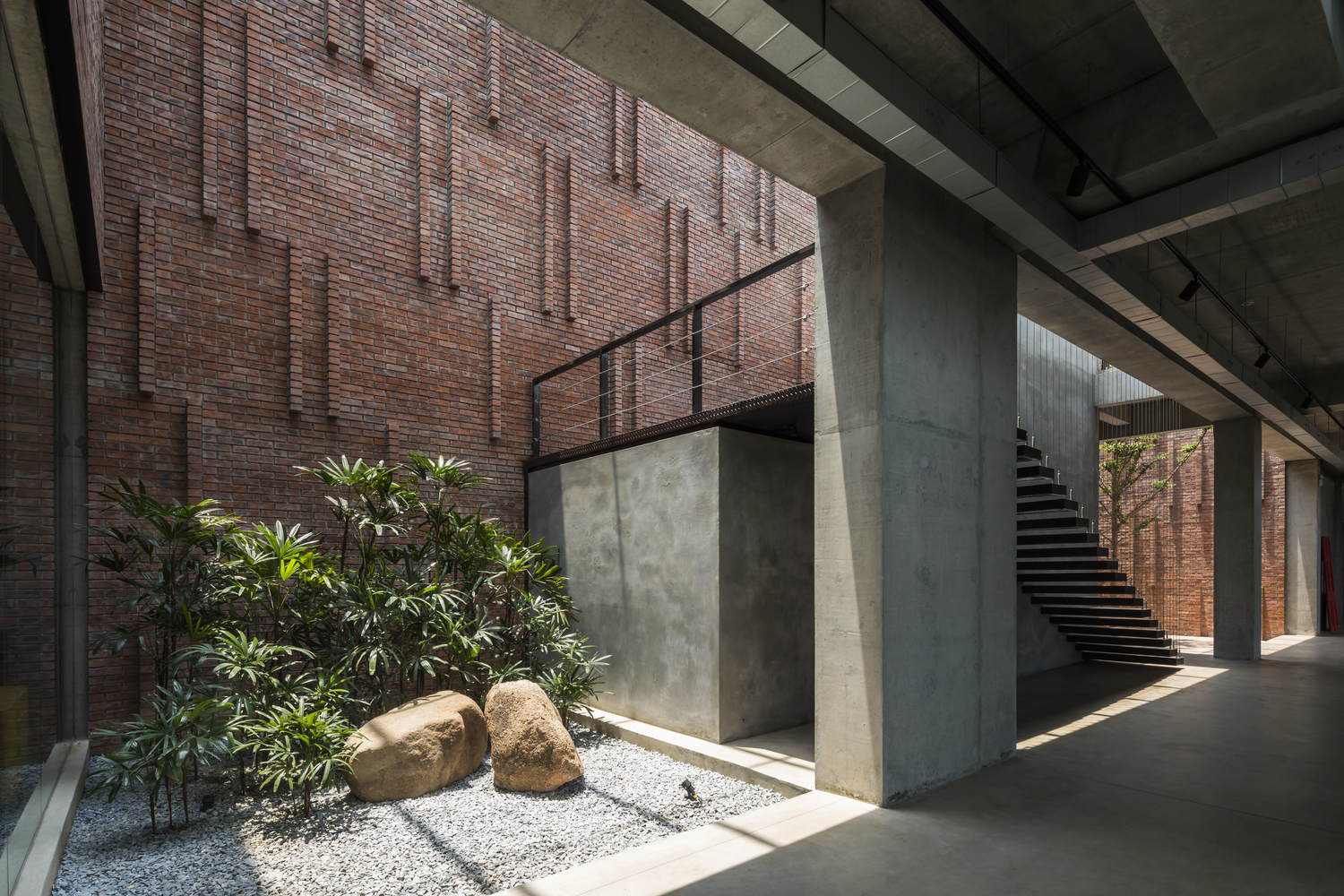 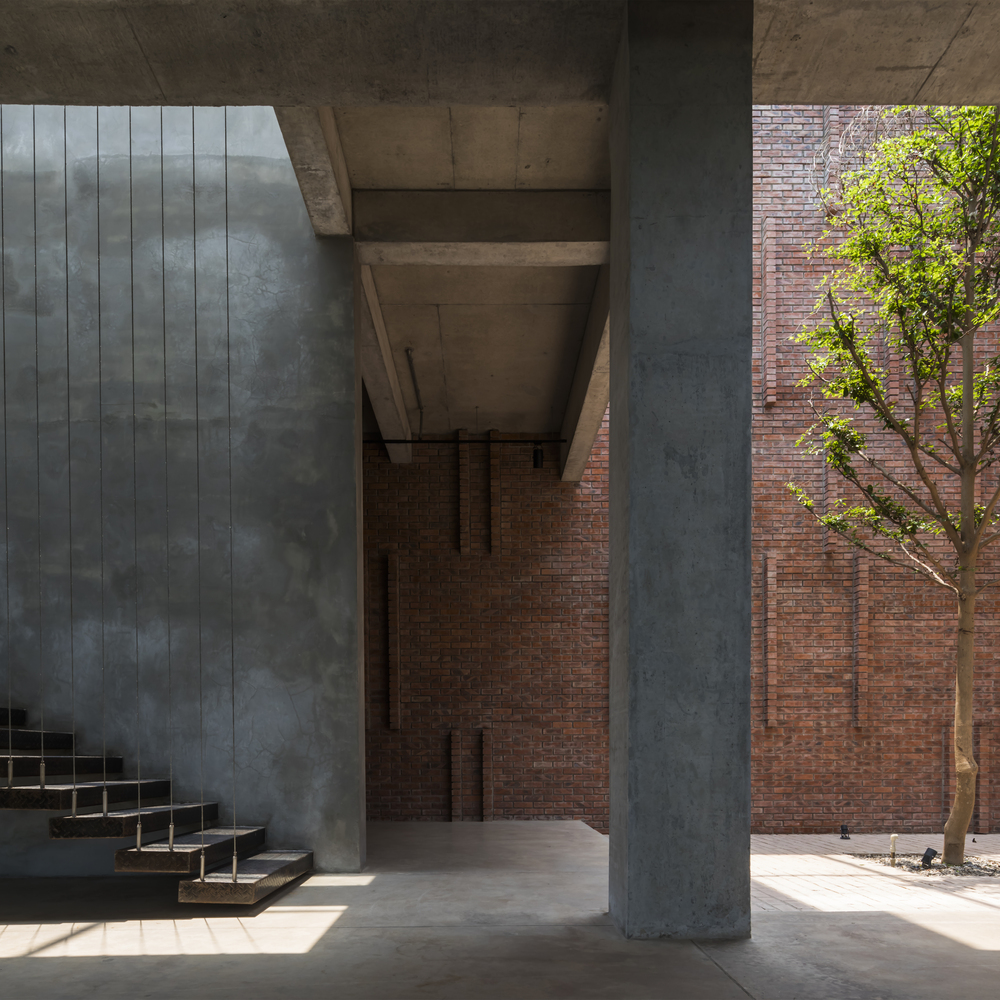 I love this thing all over, starting with the inventive and lovely use of brick, lending its mass and warm rugged feel while also being used in a sculptural way – it’s even used as an air diffuser in the lobby!  The brick also pairs well with the raw concrete structure, and all this mass is playfully subverted through the floating stairway. 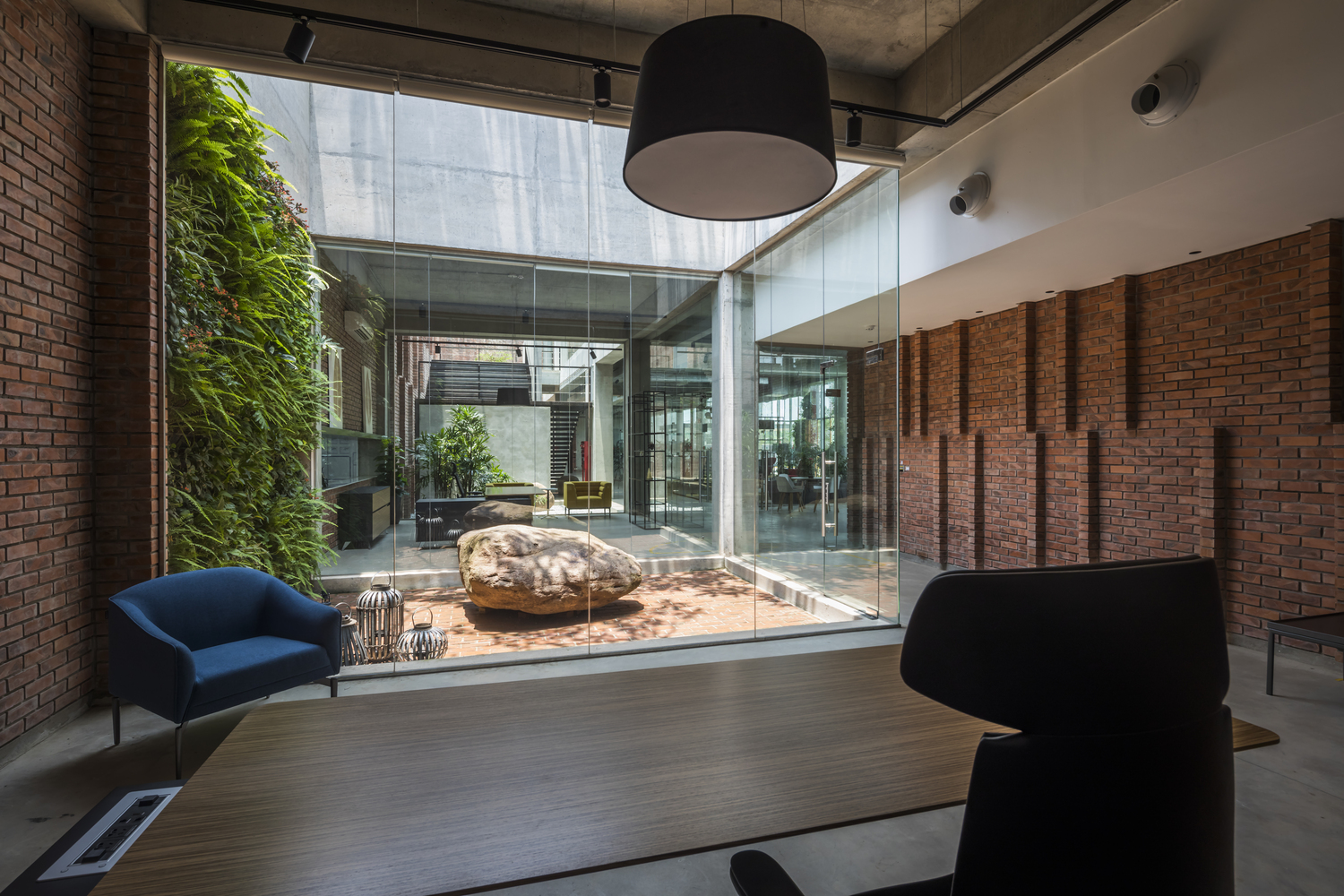 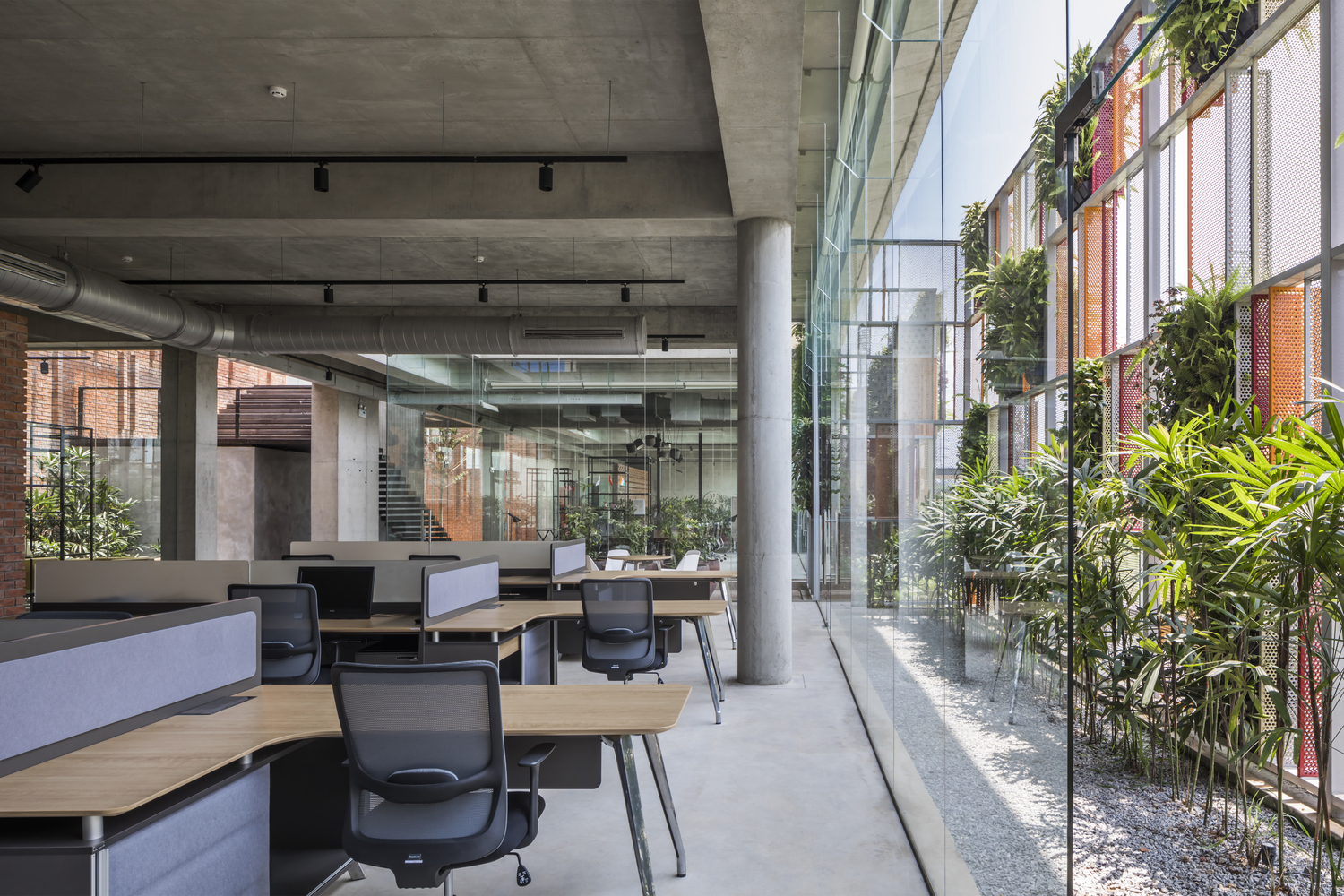 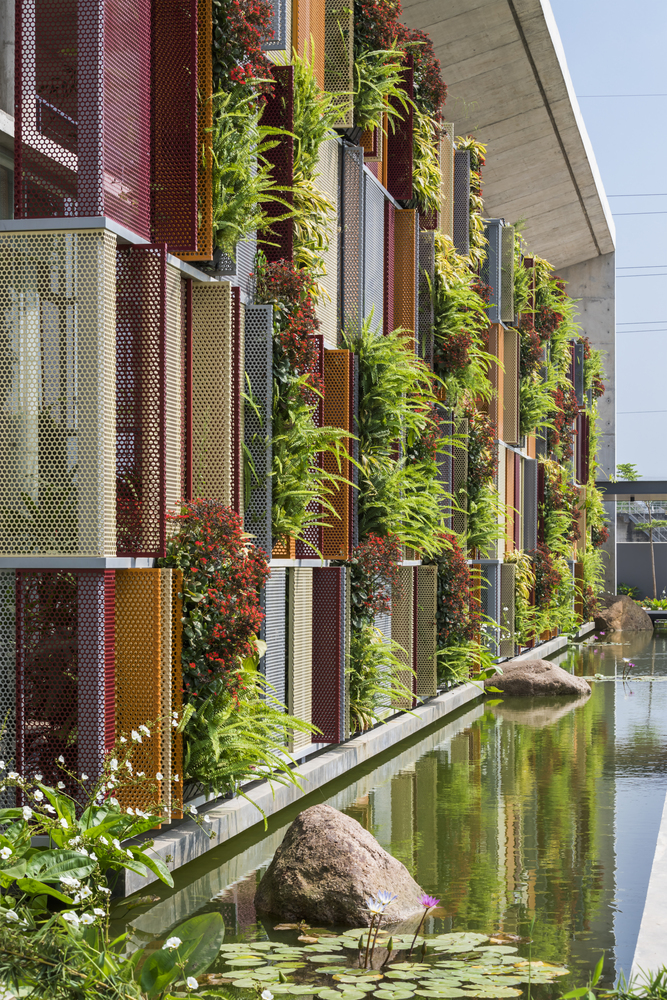 The best, though, is that there are no less than five interior courtyards bring in light as well, quite importantly, as air.  There’s no being stuck in a dark cubicle; there’s hardly a place from within that you can’t see into a courtyard or out to another fantastic bit, an outdoor bamboo and metal screen scrim that itself leads to a reflecting pool bordering a garden. 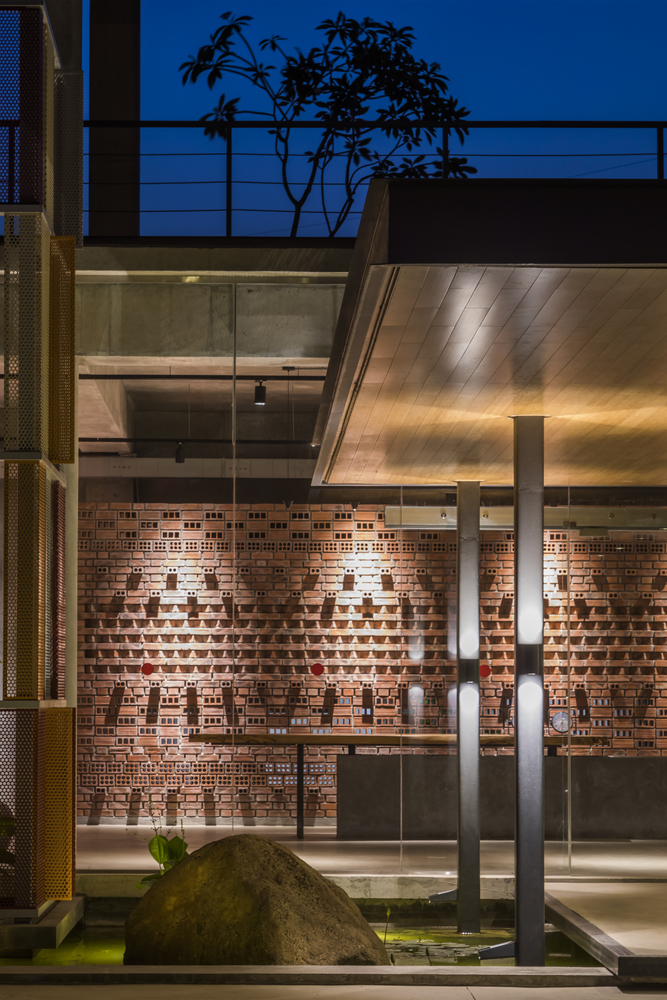 There’s a richness here in materials and in form that’s just a joy to behold, and the interlocking bits of interior and exterior spaces creates vibrancy as you move through the building.  Very nicely done, I’d totally love to work here.

The Star Engineers Administrative Building and Factory by Studio VDGA

One of my gaming buddies surprised our group by buying each of us one of the rather lovely Gametee gaming notebook folios/folders.  “Ooooo…” thought I, “I gotta use me this.  Four separate notebooks, that’s one for each campaign.”  Thing is, the notebooks within use roughly A5 sized paper, so cramming a standard character sheet in there won’t quite work.  Plus, it’d be great to be able to put the character sheet right in the middle of the notebook, using the same elastic string that holds the replacable notebooks in the folio.  Which would therefore need a landscape-oriented character sheet with nothing down its middle.

First up, for our Firefly game:

As the game uses the Cortex Plus system there isn’t too much that needs to be captured onto the character sheet.  I followed the basic design of the official sheets, tweaking organization to be both clearer and avoid the centre of the sheet.  Also took an opportunity to add a splash of colour and make the die types quicker to read.  Since pretty much all game info could fit on one landscape page trimmed to fit, I could use the back of the sheet as a booklet for theme-inducing art and a character portrait.

I’m quite chuffed how this turned out and looking forward to using it in game tomorrow night!

With its fold-over design, I think it works equally nicely even outside of a/the notebook.  Or just print the “inside” and it’s pretty much all there.  I’ve made a blank version of the sheet in PDF format, an InDesign file with text boxes in appropriate places, plus font and die image information, all available in a zip for download.  Enjoy!  And keep flyin’…

The not-always-quite-that-majestic wonder of nature…

(Alternate title: “If things don’t feel like they’re going your way, look upon this, laugh, and re-centre!”)

Listening is a unique thing.

It is also very different thing than hearing.

Hearing is just hearing.  “I hear you” simply means you’ve noticed someone else trying to communicate to you.  It doesn’t necessarily mean that you’re actually getting – or have gotten – the communication.

Listening is a deep art.  It is the ability to go beyond just the audio processing, and even more so to go beyond that little voice in your head that’s continually commenting on everything they’re saying.  Because listening more to the little voice commentary than to the actual speaker is definitively not actually listening.  Nor is that all too familiar grabbing on to that perfect little point you should say next as soon as they stop talking so there’s no point in what more they’re saying, you know what YOU want to say.

Listening is getting the communication, without adding or subtracting anything.

Truly deep listening gets all the communication including all the context that surrounds it.

Listening creates dialogue.  People who’ve been truly listened to will often ask, “What do you think?”

Listening creates openings.  People who’ve been truly listened to find themselves grounded and ready to engage with “what’s next?”

When we are listened to, we feel connected.  Franticness wanes, exigency fades, and peacefulness arrives.

Once listened to, something new is possible.

Listening is a unique thing, an art that takes development and learning.

And it is an art most definitively worth attending to. 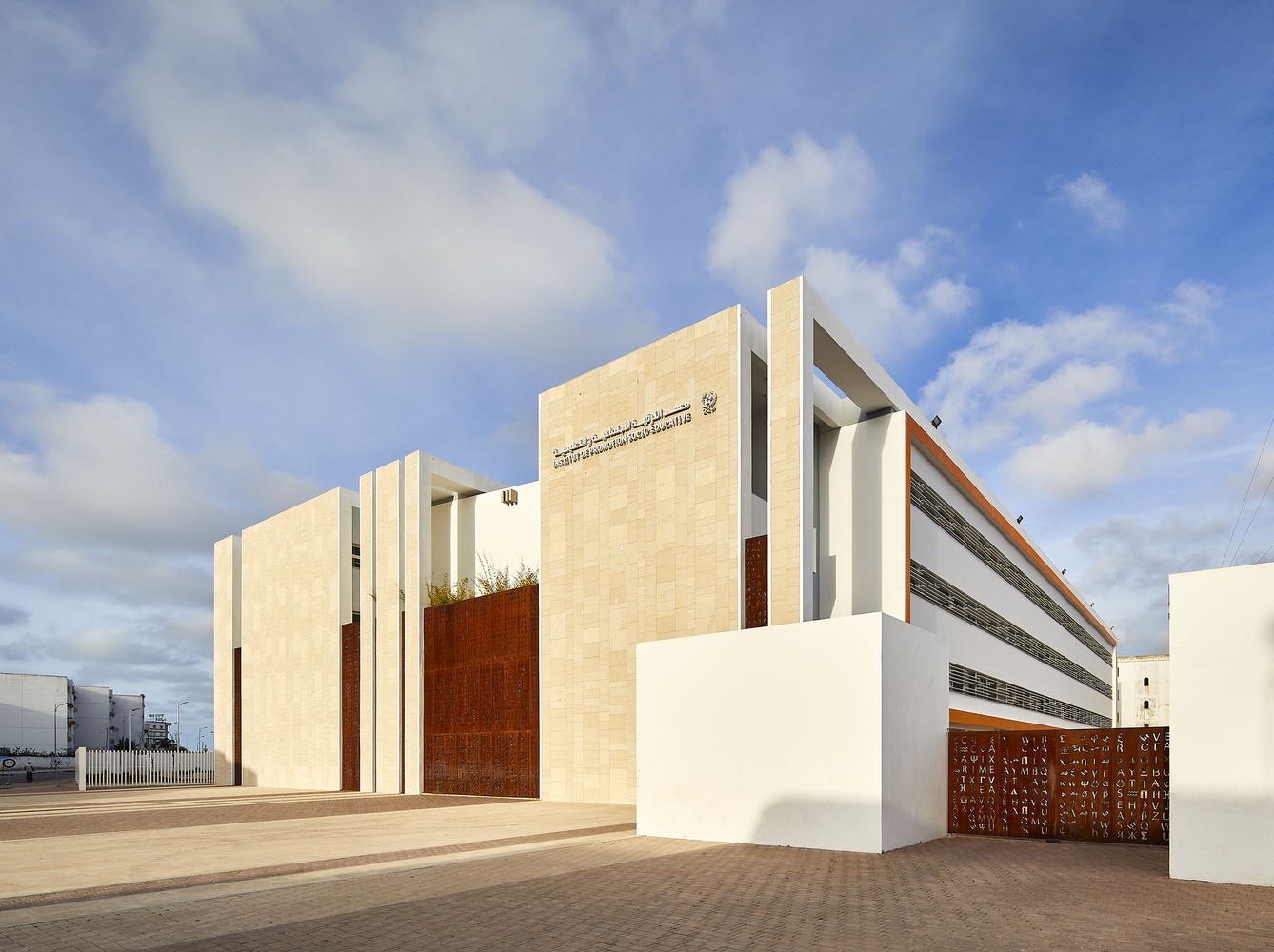 If you were to take the name “Wall of Knowledge” literally, what would you do? 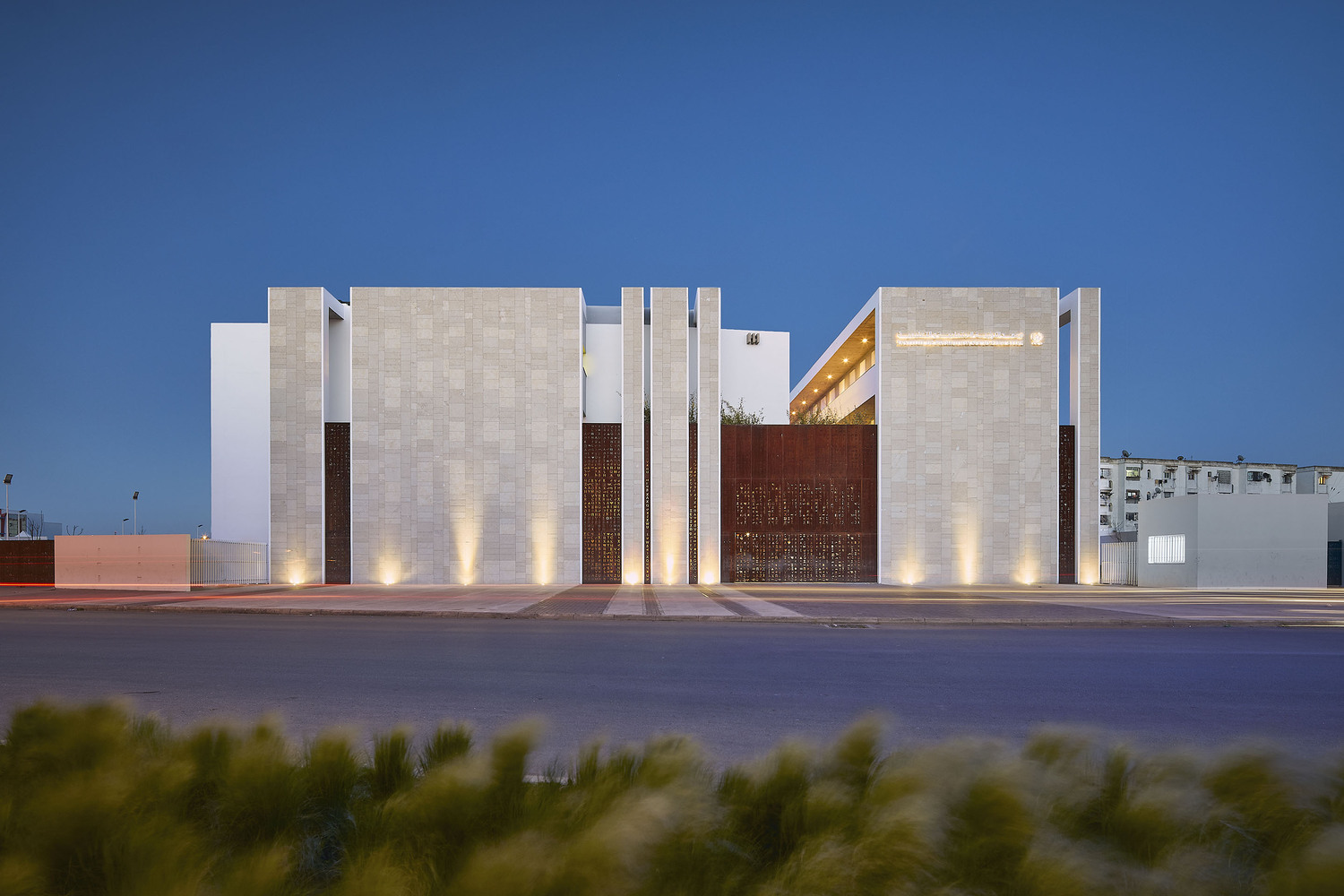 Forming the gateway to a school organized around a large exterior courtyard, these ginormous frames along with the inset rusted-metal fence make for one powerful gateway.  Step a bit closer, and it gets cooler as you can see that the holes in the fence are made of punched-out letters.  With its boldness, the texture of the stone, and richness of the rusty metal, the ensemble presents a memorable face to the world. 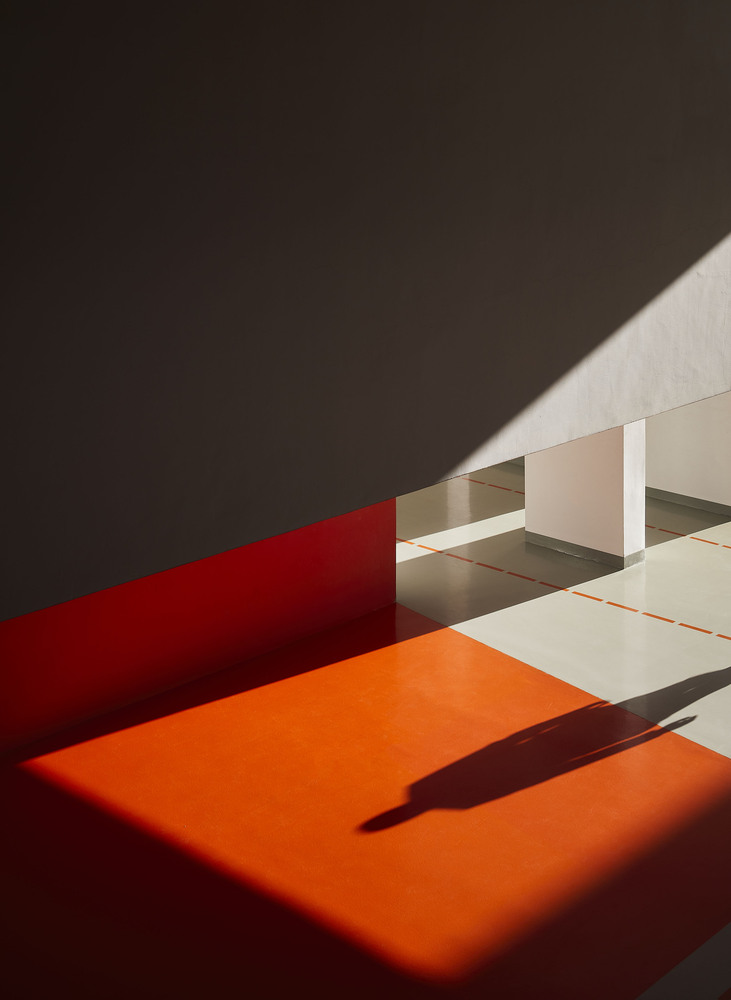 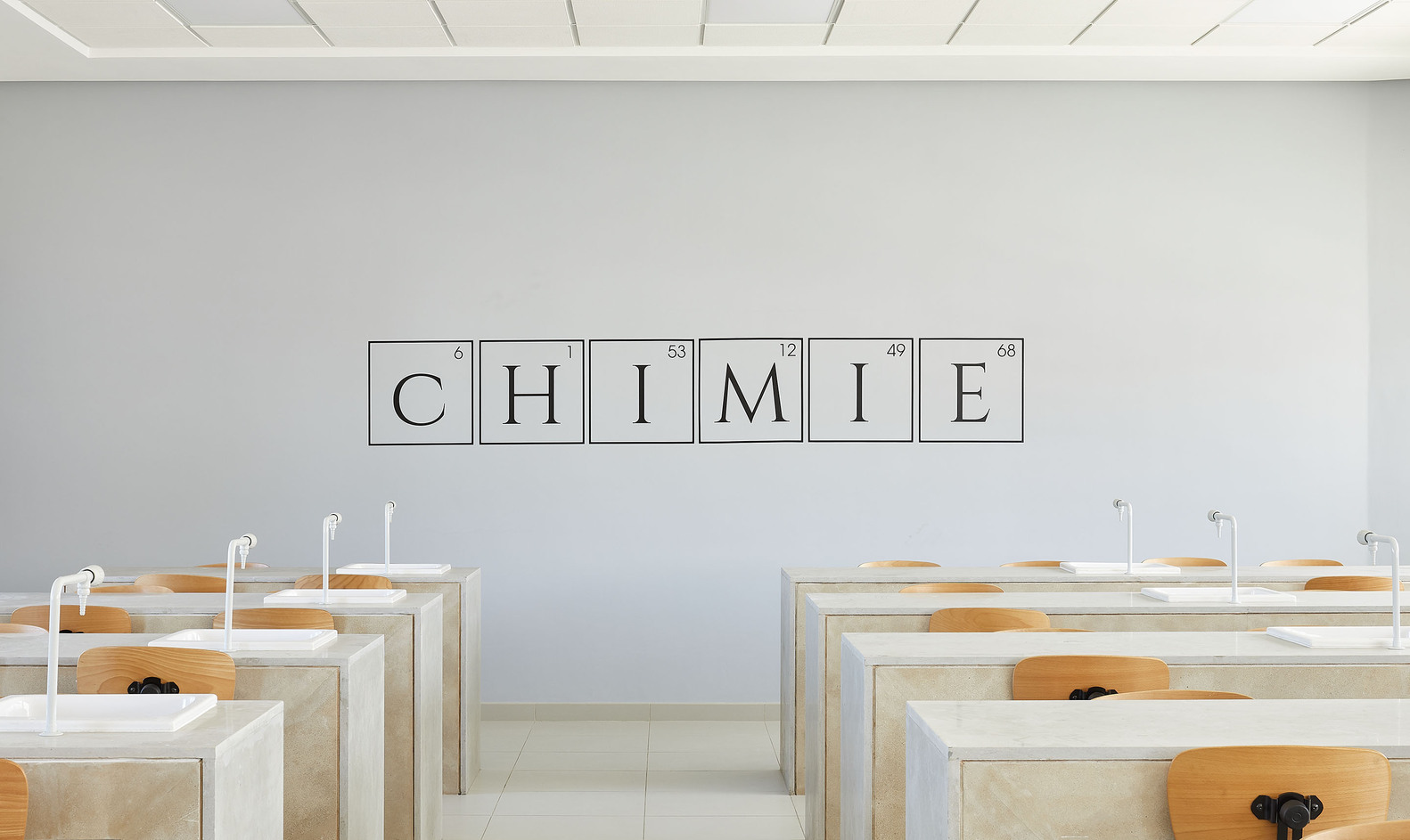 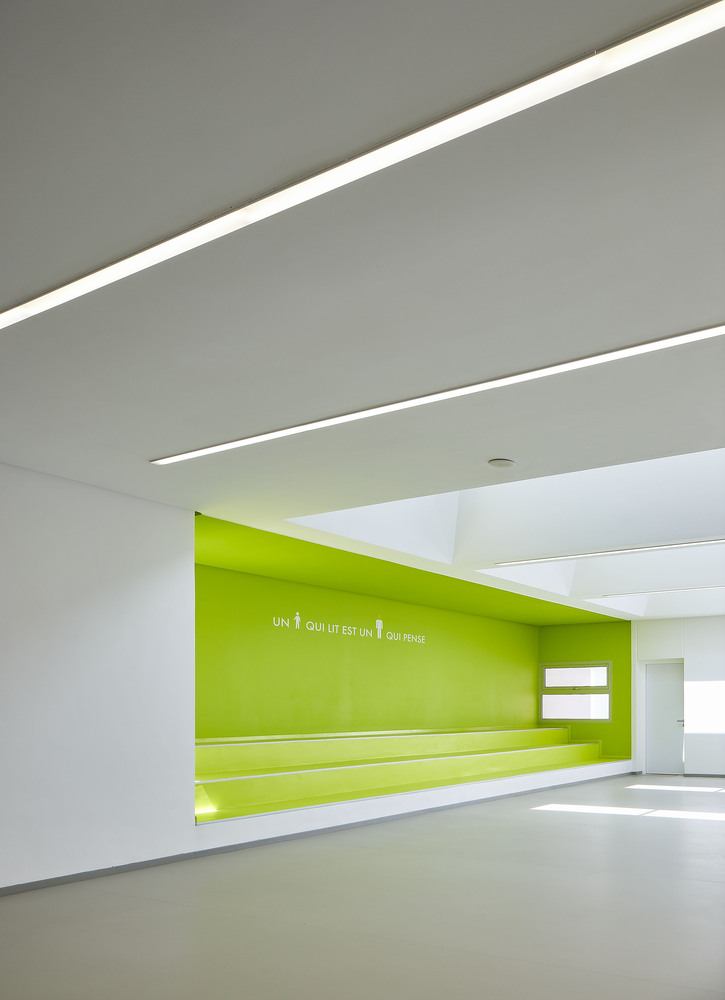 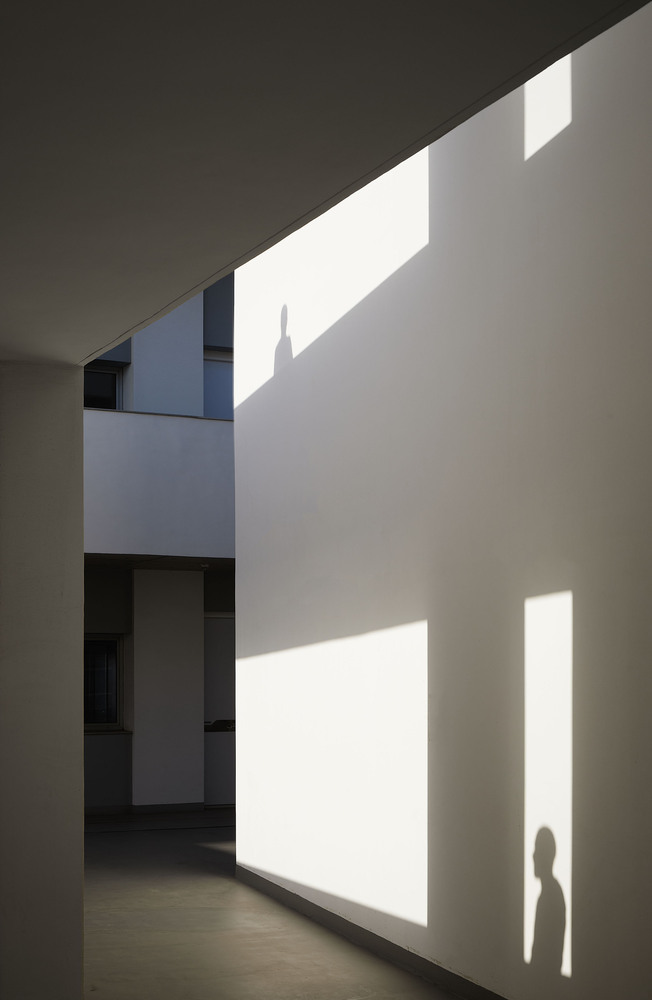 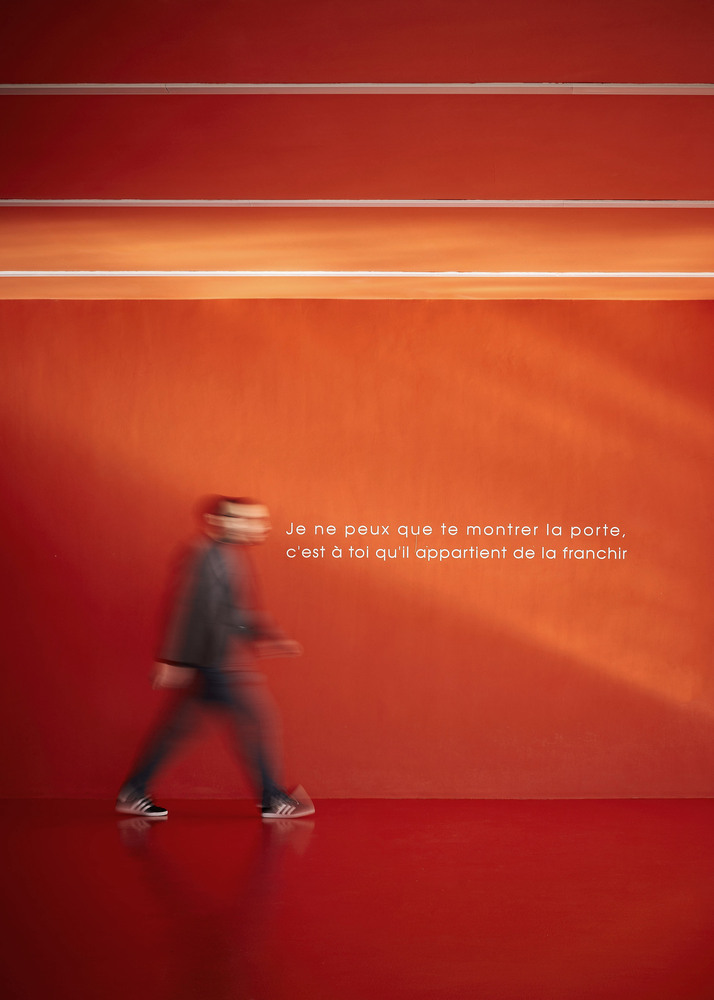 Beyond the gateway, the exterior of the school holds no more great surprises and is pretty banal by comparison (though it is organized nicely around the courtyard and other open spaces).  That said, there are some nice moments of surprise within, with pops of colour or writing, and some especially nice use of light and shadow. 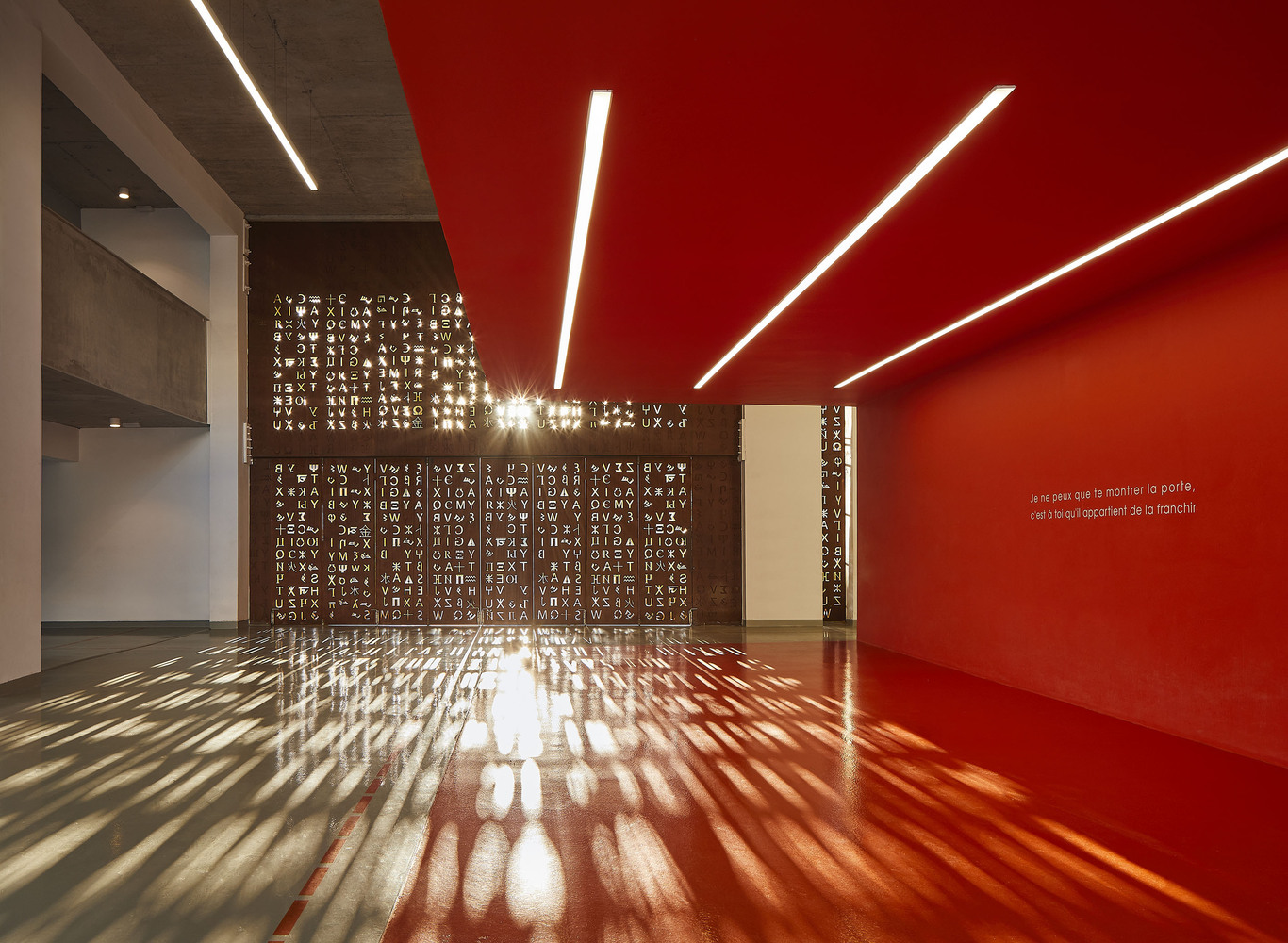 A great entry to bring forth excitement as you enter the hallowed halls of learning.

Last game session, our GM was away.  Rather than do a ‘traditional’ one shot, I loosely penned up an experiment and gave it a whirl.

A bit of backstory:  When we were creating the secondary/additional crewmembers for our ship, I gave our pilot a focus (which, in Star Trek Adventures game terms, is best thought as “Areas of Expertise”) of “Shore Leave”.  This proved to be an amazing RP boon, for it has given incredible personality to the character, and we’ve derived a huge amount of background info and lore from it. For example, we have a converted cargo bay that serves as our unofficial ship’s lounge, created by said pilot and named after him: “Gavin’s Quarters.”

And so, for this experimental one shot, I envisioned, in the best mid-season “fluff-episode” TV series tradition, taking the crew in for some starbase R&R.  My plan was to hew to the meta pretty strong, and fully embrace the episodic nature of the episode with a ‘forced’ split of the party into three groups (of both primary PCs and the secondary/additional crewmbers) between which we would rotate with the full intention they would each get into hijinks that, inevitably, would combine in unexpected ways.  All the while, Gavin would flit in and out of the scenes, elevating the humour and excitement in all his masterful shore leave ways.

I wrote down and solicited from the greater interwebs a list of potential events, mischiefs, and troubles that I could spring on the players.  But I didn’t want this to follow the traditional format with the GM laying out scenarios and guiding things – I wanted the players to be as involved as possible as well so that the story we wove together would be remembered for (game) years to come.

To that end, I set up two things.  First, I explicitly mentioned to them at the start of the session the intent of the episode and its 3 narrative structure, and, more importantly, mentioned that there was no losing or danger here.  Like all fluff episodes the lasting recourses would be nil.  Secondly, I invoked the spirit of Mouse Guard-style play, both in the idea of “Player Turn” in having the players inject as much into the narrative as the GM, and secondly in terms of the more overall-story-thinking method of play rather than immediacy and first-person play.  In other words, more “what would make for a great story, let’s write it out” and less direct-RP (though we still had plenty of that).

It went splendidly.  I began the session with a set of scripted scenes to set the stage of a crew reaching the ends of their ropes in various ways (and with each scene ending with a character saying “I need a break/vacation/downtime/drink”) followed by the Captain announcing the upcoming resupply at the starbase.  Then the players each chose a character from the pool of main/secondary characters, and we started the first thread.  I let them take the scene for a bit and then injected one of the hijinks.  Let that run a bit more, then switch to the second thread, with three more main/secondary characters, and so on.  Accidentally entering a bat’leth tournament, dealing with a propelled surf board stuck on full throttle, high-stakes poker games leading to forced karaoke, finding strange alien devices left on their restaurant table, mistaken celebrity identity… just some of the all sorts of hilariousness that ensued.  All the while, Gavin would dance through the scenes at poignant points, tying everything together until the very end when he managed to turn the entire concourse into a giant music party complete with fireworks.

A completely great night of gaming.  We didn’t touch the dice once;  everyone was generating and adding to the storylines and having a good laugh while also developing deeper understanding of the characters, both their own and the secondary crewmembers.  Lots of creative fun.  As a single-shot fluff episode it worked perfectly, a nice break before we get back to the serious business of being Starfleet officers.