Delivered tonight in comic form from Abstruse Goose… all about looking good, avoiding looking bad, and the constructs that surround and trap us: 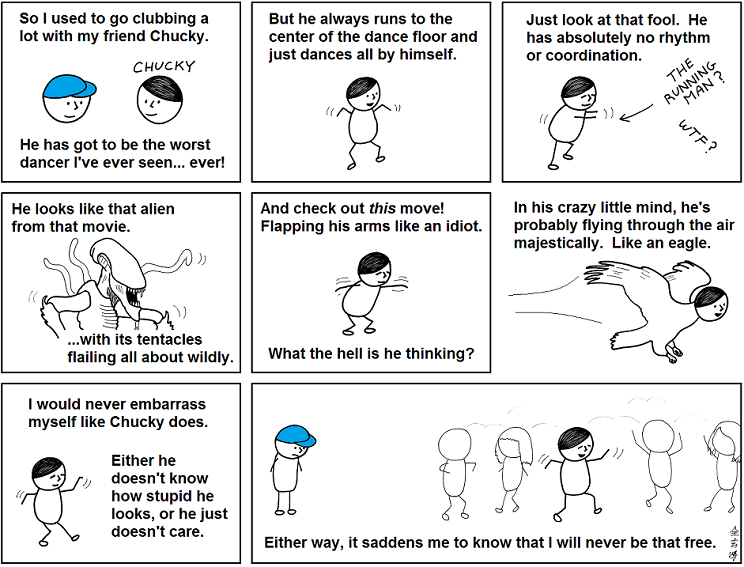 Wow, check out this wicked pizzeria from Matera, Italy.  Above a fast-flowing river that has cut a canyon deep into the surrounding landscape, the natural caves in this region have been used for shelter for thousands of years, developing into a city where many buildings hug the cliff face and extend deep into the rock.  There, human intervention merges seamlessly with the natural beauty of the caves, and this pizzeria is no exception.

There’s something lovely about the rock itself, wonderfully smooth and light in colour.  Lofting high overhead, it comfortably envelops and feels very much down to earth (pun most decidedly intended).

But it’s those moments where the undressed rock meets clearly worked stone, or when it meets plaster, steel, and glass, where the magic really happens.  And there are a plethora of those moments throughout.  That masonry pointed arch, or the embedded glass forming the entry way (further enhanced by the rusting steel), or the pure smooth white plaster that dissolves into the rock… punctuated by slender and elegant metal armatures and lights. 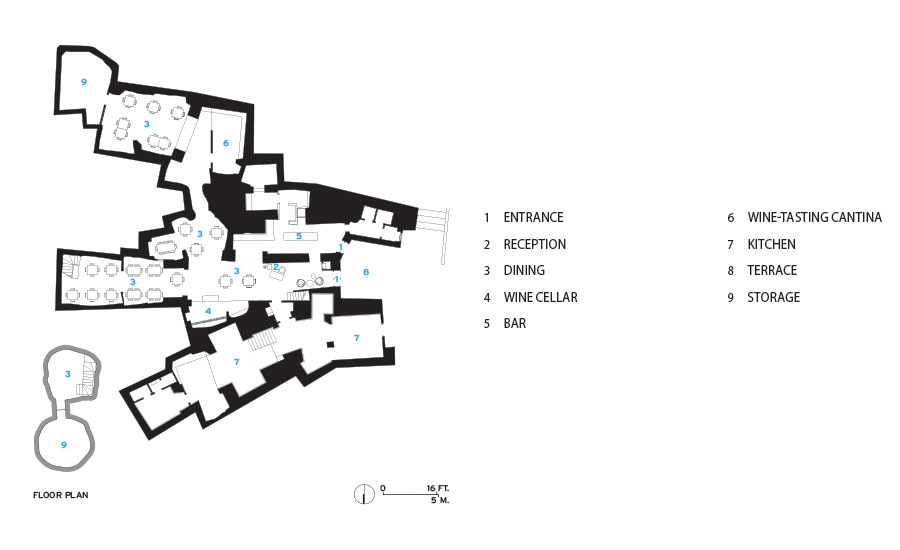 As can be expected for a cavern, it’s a delightfully complex floor plan, further leading to feeling both intriguing and yet decidedly snug.

I love those stairs, heading upward to a ‘private cave’!  Or the wine rack, comfortably nestled into a natural niche.

I totally dig it (yes, another intended pun!).  In my next travels to Italy I need to stop by this region and see all the great architecture that uses the best of its context like this.

Hilarious take on a delightful Canadian winter passtime by WOON

There is great power in learning to “have” various states rather than “being” them.

Much in the same vein as the distinction between sadness and suffering, when we can be with and have our (often intense*)  feelings, emotions, and even thoughts, rather than automatically thinking that they are “me” and thus automatically being them, new spaces open up:

Having fear rather than being afraid.

Having uncertainty rather than being paralyzed.

Having nervousness and butterflies and tingly legs rather than being anxious and spooked.**

Having annoyance and frustration rather than being angry and enraged.

Having guilt rather than being shameful.

Having envy rather than being hopeless.

It isn’t a matter of resisting or pretending they’re not there; again, much like the distinction between sadness and suffering, it’s a matter of taking ownership and honouring them and being with them.  We are human, after all, and we humans have all those kind of things.  And they can be downright useful things to have.

To have; not to be controlled by.  Let them be, and peace of mind emerges.  Choice rises.  Everything steers away from suffering.

Let them be, and the authentic self can step to the fore, guiding things forward as we want them to be.

* …but even more powerful when we can notice and be with and own and have our subtle and background feelings, emotions, and especially thoughts (which are almost born from our calculating rather than authentic self) without immediately becoming them.

** I am very familiar with this before I go up on stage.  So intense!  Being with it all and essentially embracing it, as in, “I knew this was going to come, so hey, here it is!” is what gets me ready to go up and perform my heart out.  (And, depending on where I am, I’ve also at times done strings of jump kicks and other drills to burn off the nervous energy…) 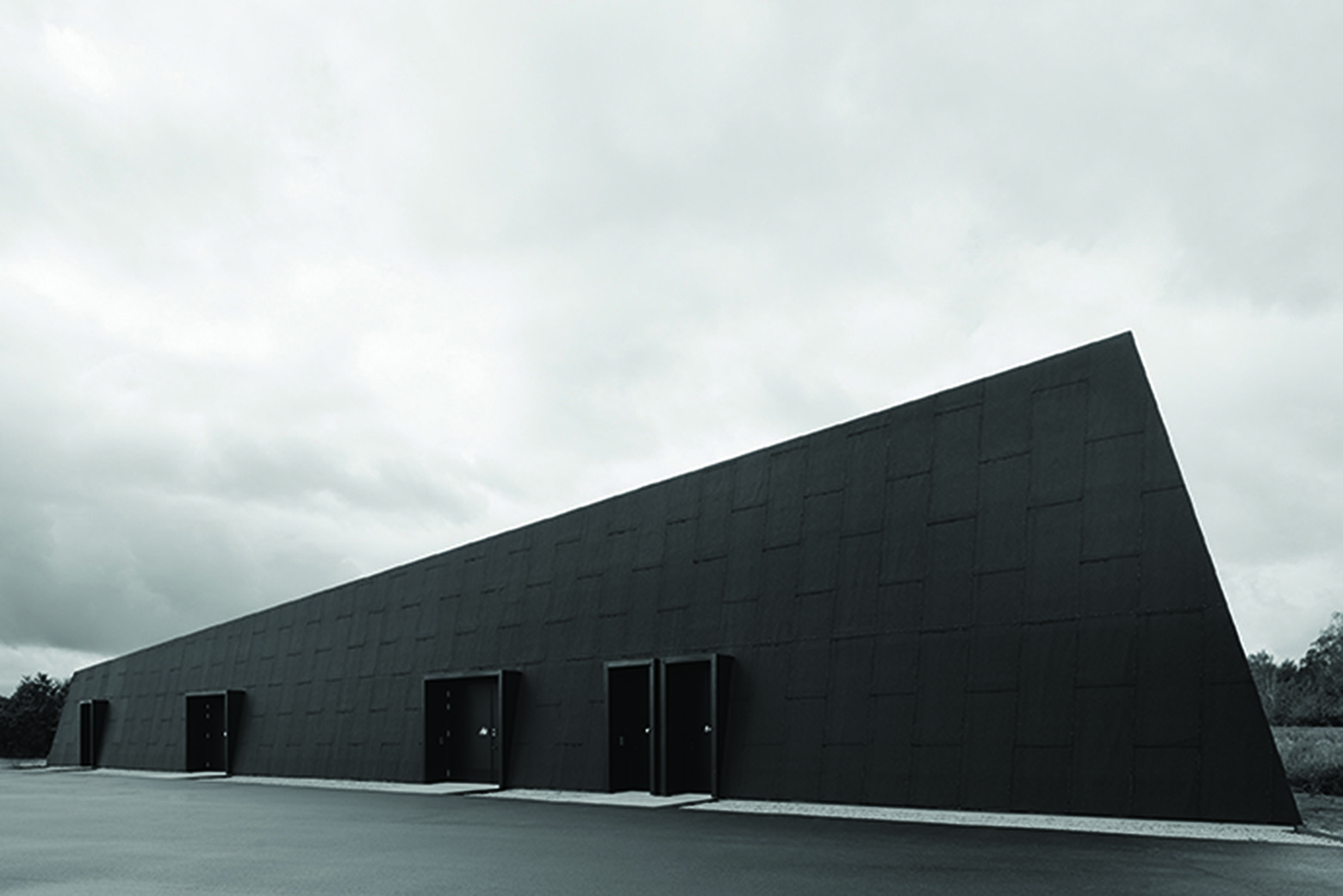 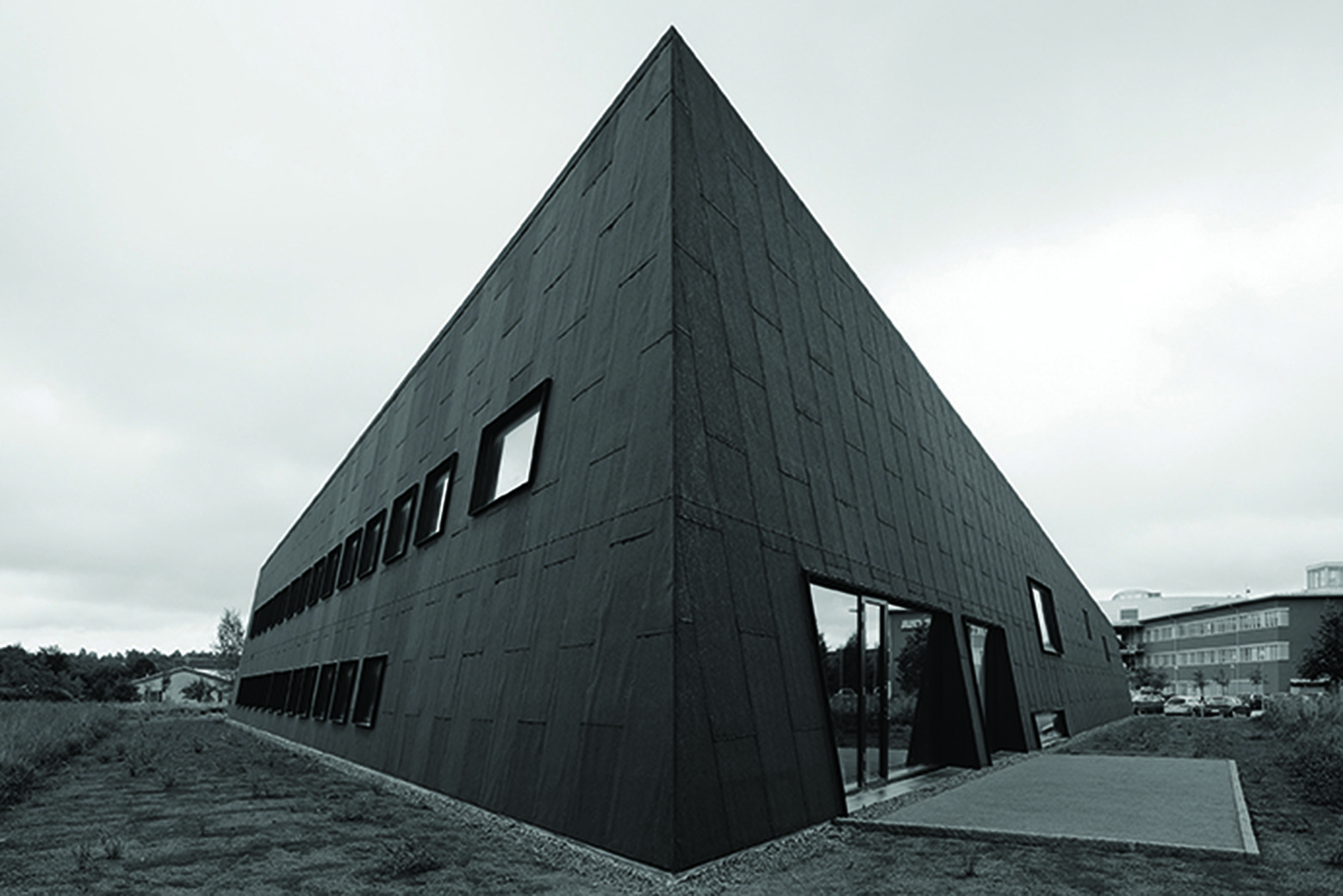 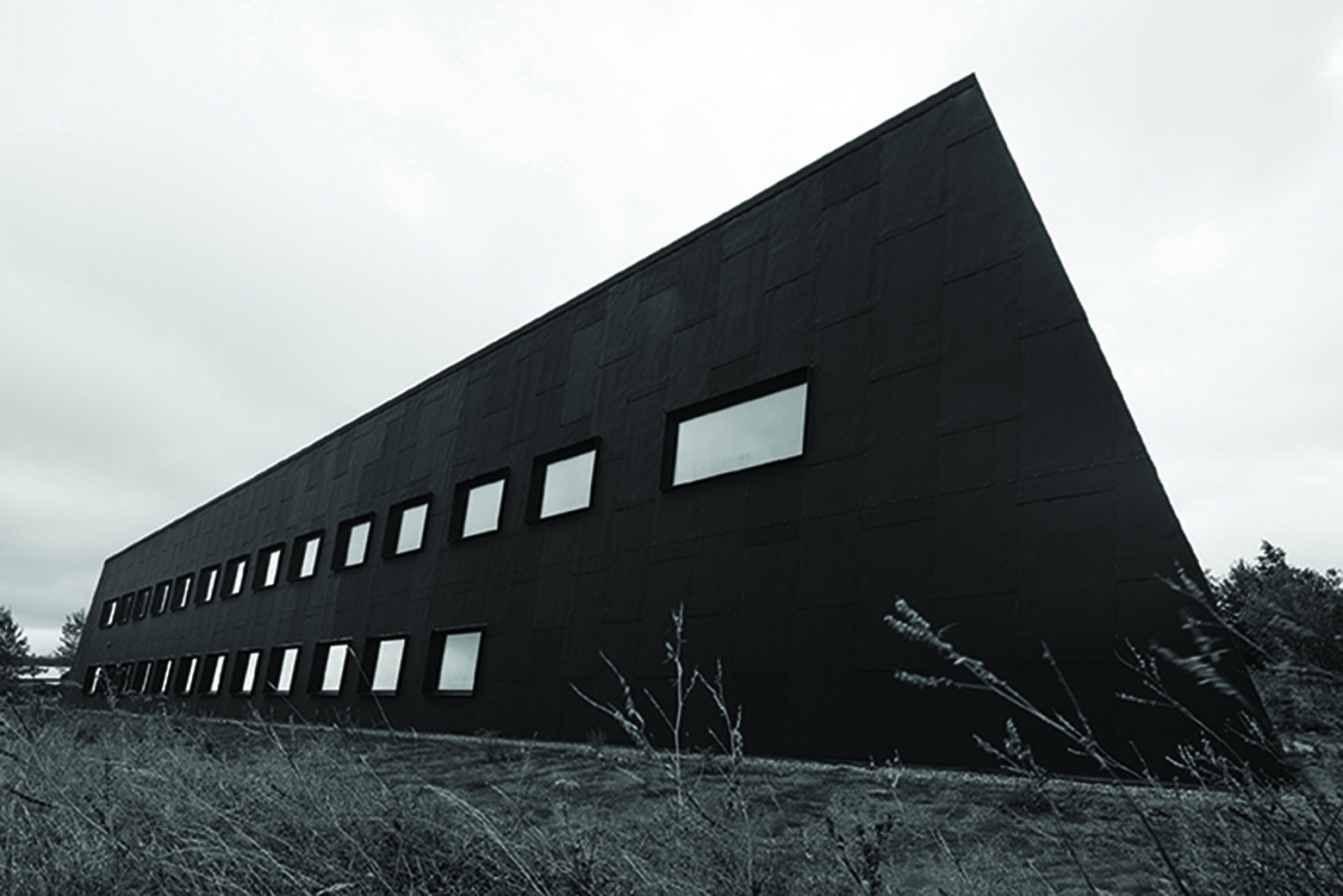 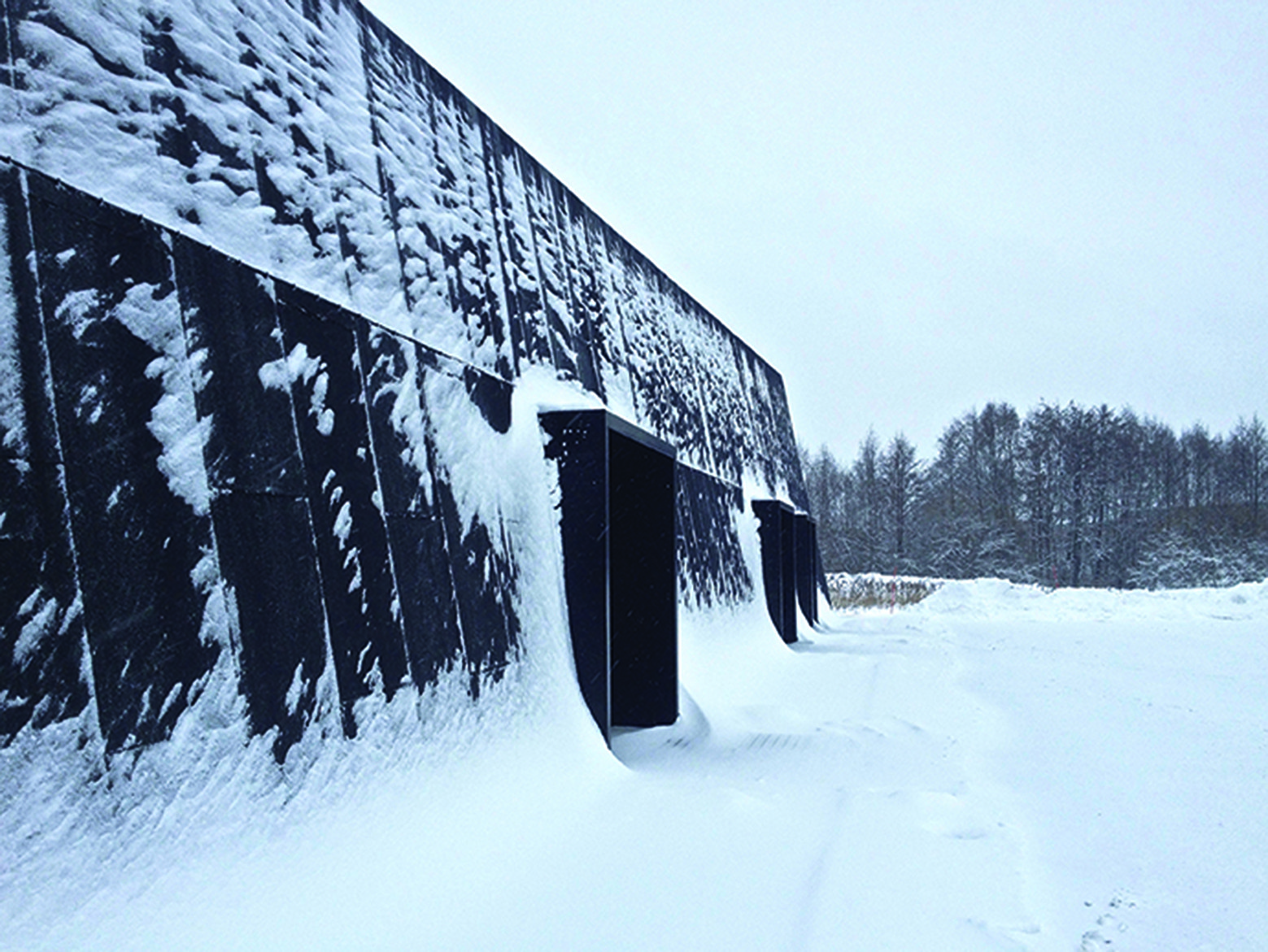 This is an interesting one to me.  Firstly, no doubt, for its unabashed wedge shape of blackness, as though a geological form or some ancient monument emerging from the ground (made all the more striking in winter in stark contrast with the snow).  Secondly, for the fact that this striking form has been crafted with some of the humblest, and inexpensive, of materials.  Lastly, for it’s multifunctional use, intended to be a craft and studio space for audiovisual design and exhibitions. 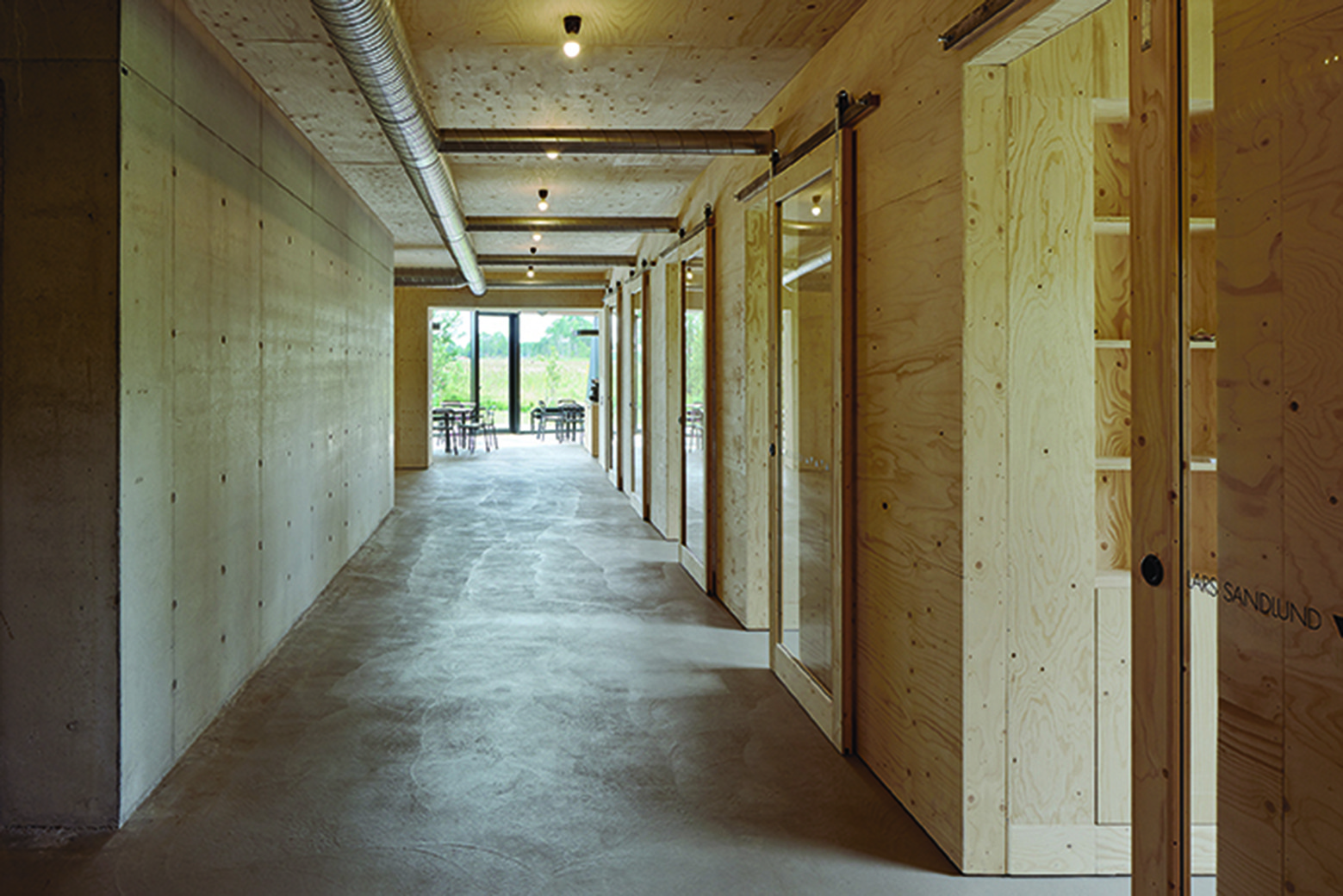 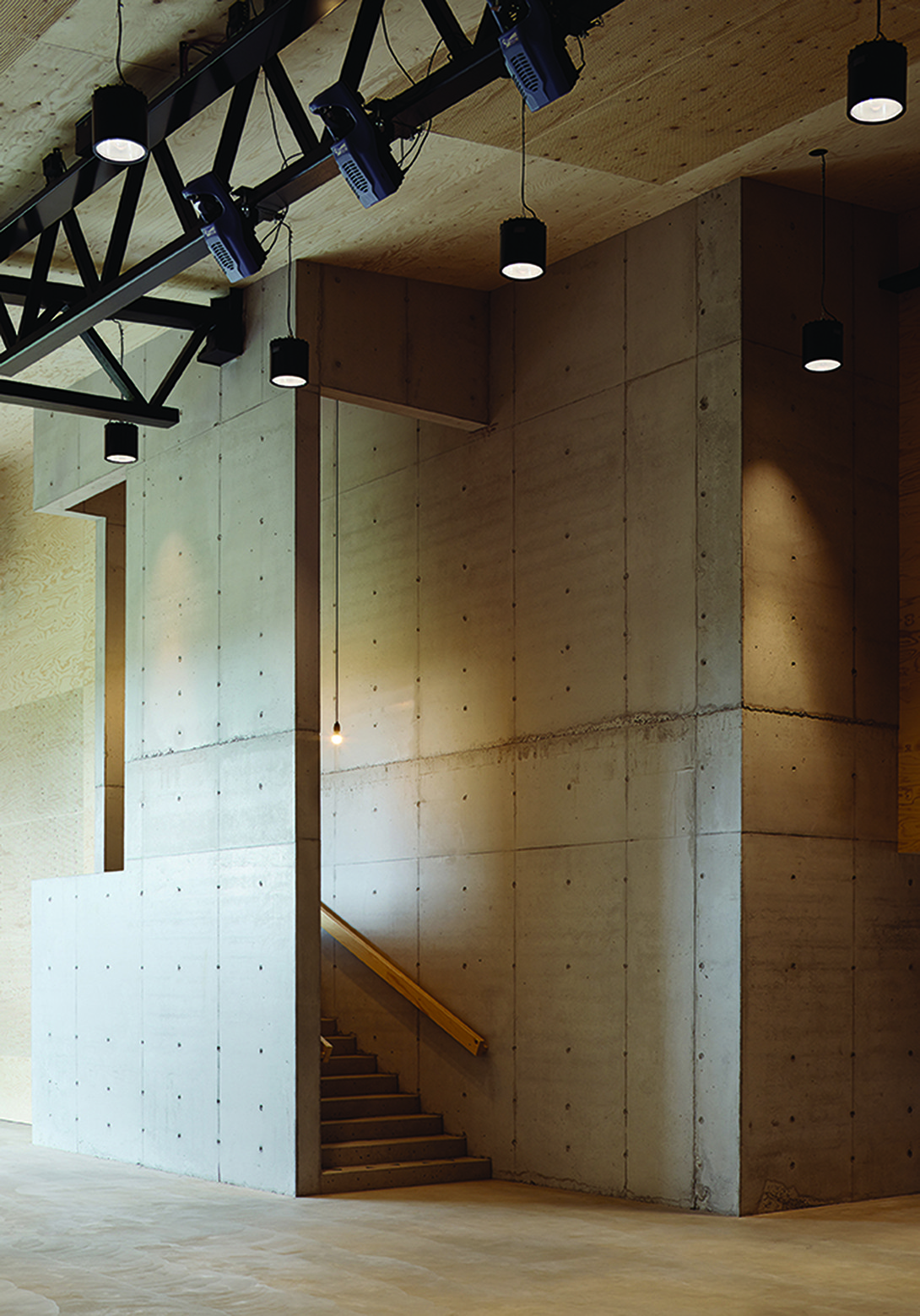 To that purpose, the inside was purposefully left raw and unfussy, with plenty of open space to be used as a studio.  But it still possesses a few nice touches that keep it from being a drab bunker of nondescript offices.  That concrete stair core, with its careful assemblage of cut-away concrete walls, is certainly a worthy entry and centerpiece. 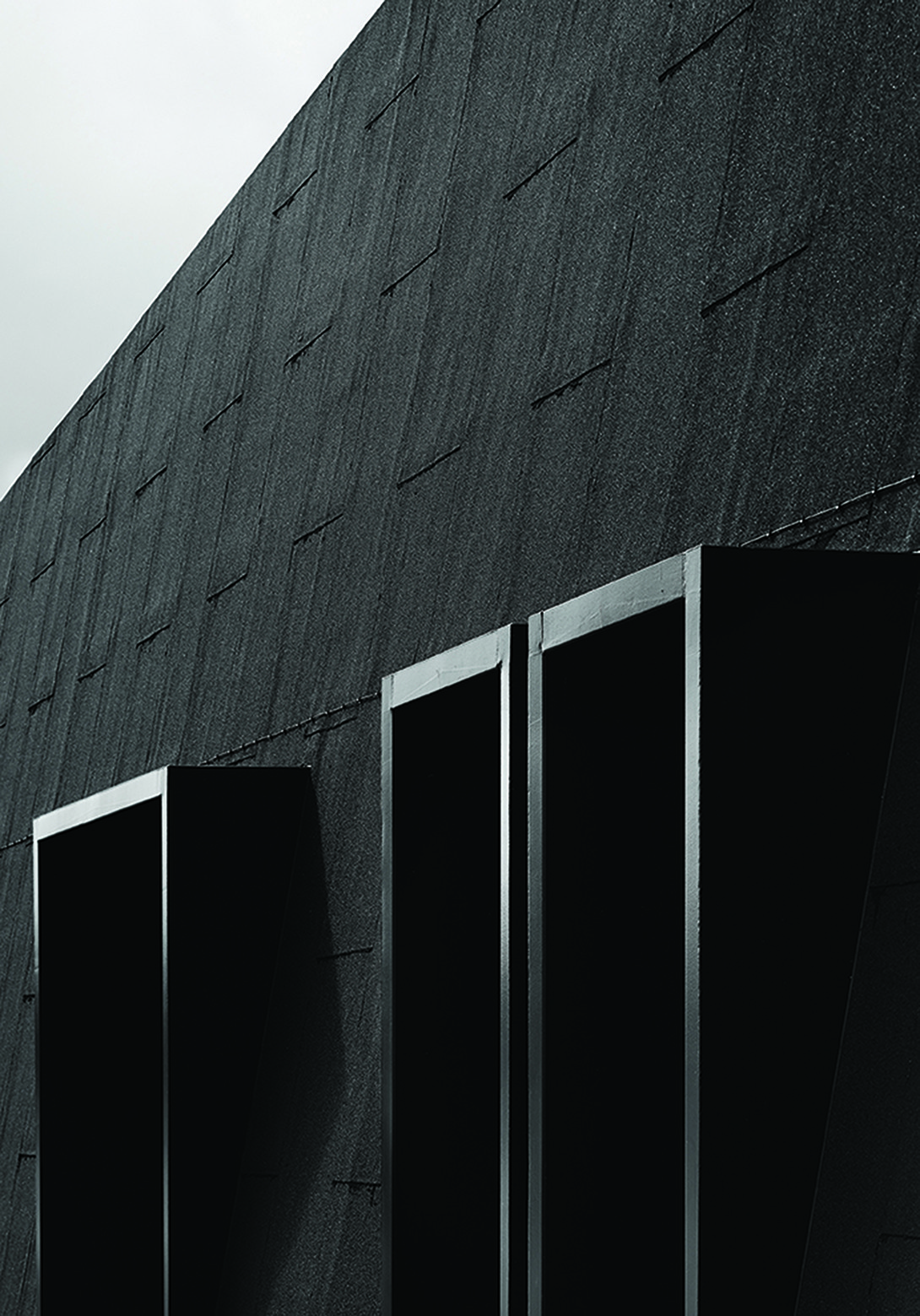 Multi-purpose, made for the community, and an expressive design that demonstrates that big budgets aren’t always needed for good buildings.  Nicely done.

The Cathedral by Petra Gipp Arkitektur

First, John Williams is creating new music for Galaxy’s Edge!  Second, great footage of the progress on the new park — it is looking fantastic!

“When we try to pick out anything by itself,

we find it hitched to everything else in the universe.”