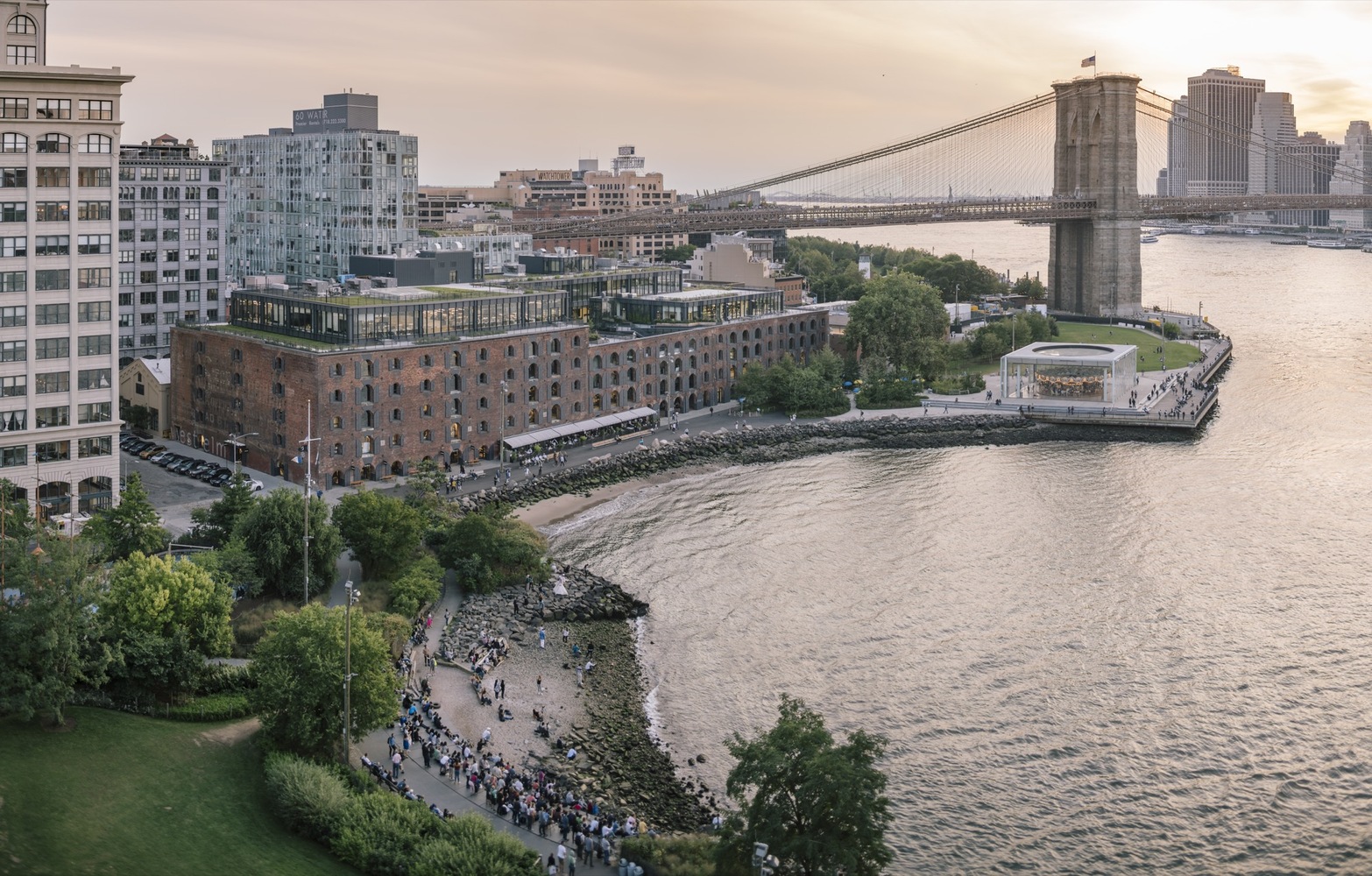 Let’s start 2019 off with a sweet adaptive reuse of an old powerhouse on the shores of the East River with views of the Brooklyn Bridge.  Can you say brick arches galore? 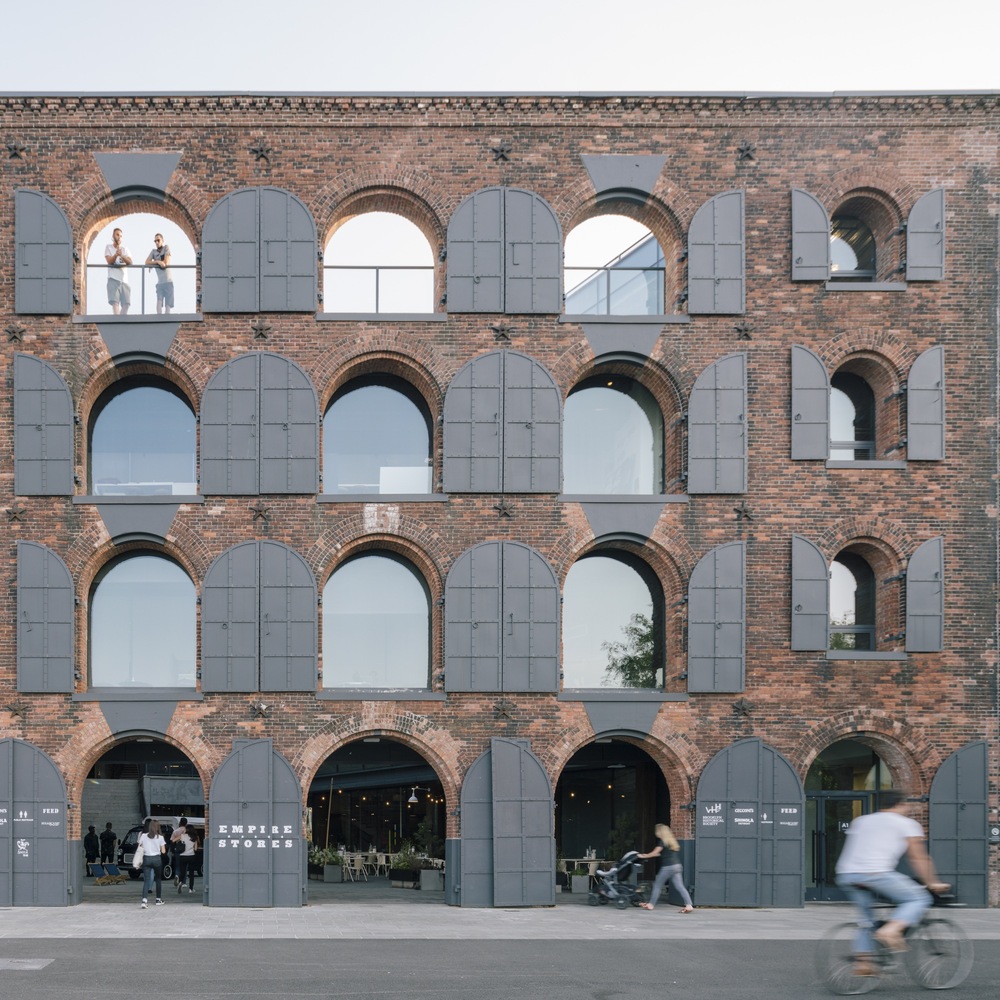 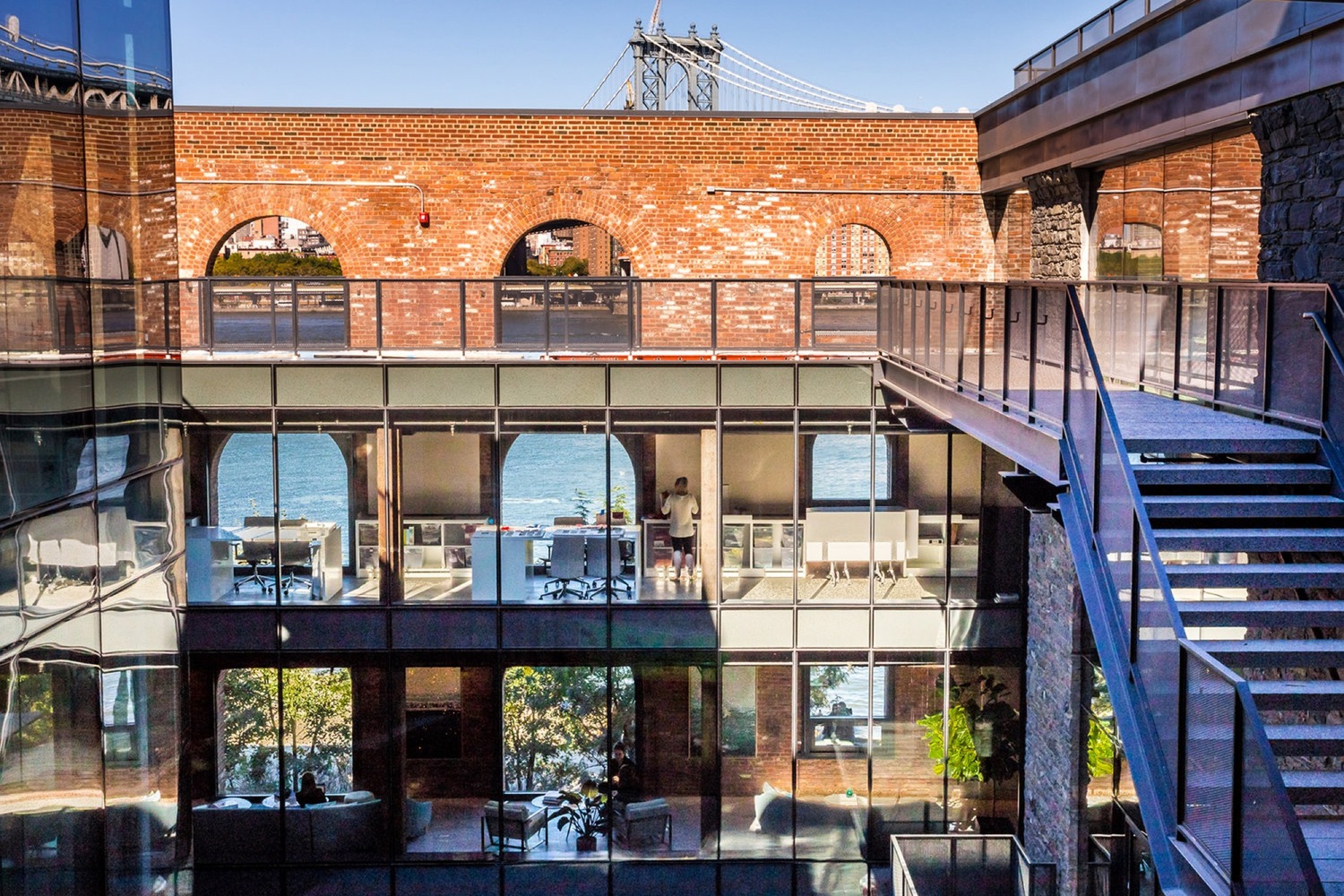 And how!  Leaving intact the exterior shell of the building, including its many, many metal shutters, the project’s new guts celebrate the aged solidity of all that brick.  To start, the newly carved open-air courtyard and pedestrian walkway connects the waterfront park to the city and turns those thick walls into an art object.  An object you can get up close and personal with through publicly accessible walkways and a roof terrace.  Want to see the park and the nearby Brookland Bridge?  Or the very cool carousel that’s just next door?  Those same terraces have you covered.

Going further upward, the new structure is rendered in glass and beefy steel, extending the feel of the building without mimicking the material or exact look.  By pulling back from the edges of the old walls, more terraces and green roofs are created while, again, celebrating the aged beauty of those rugged brick walls. 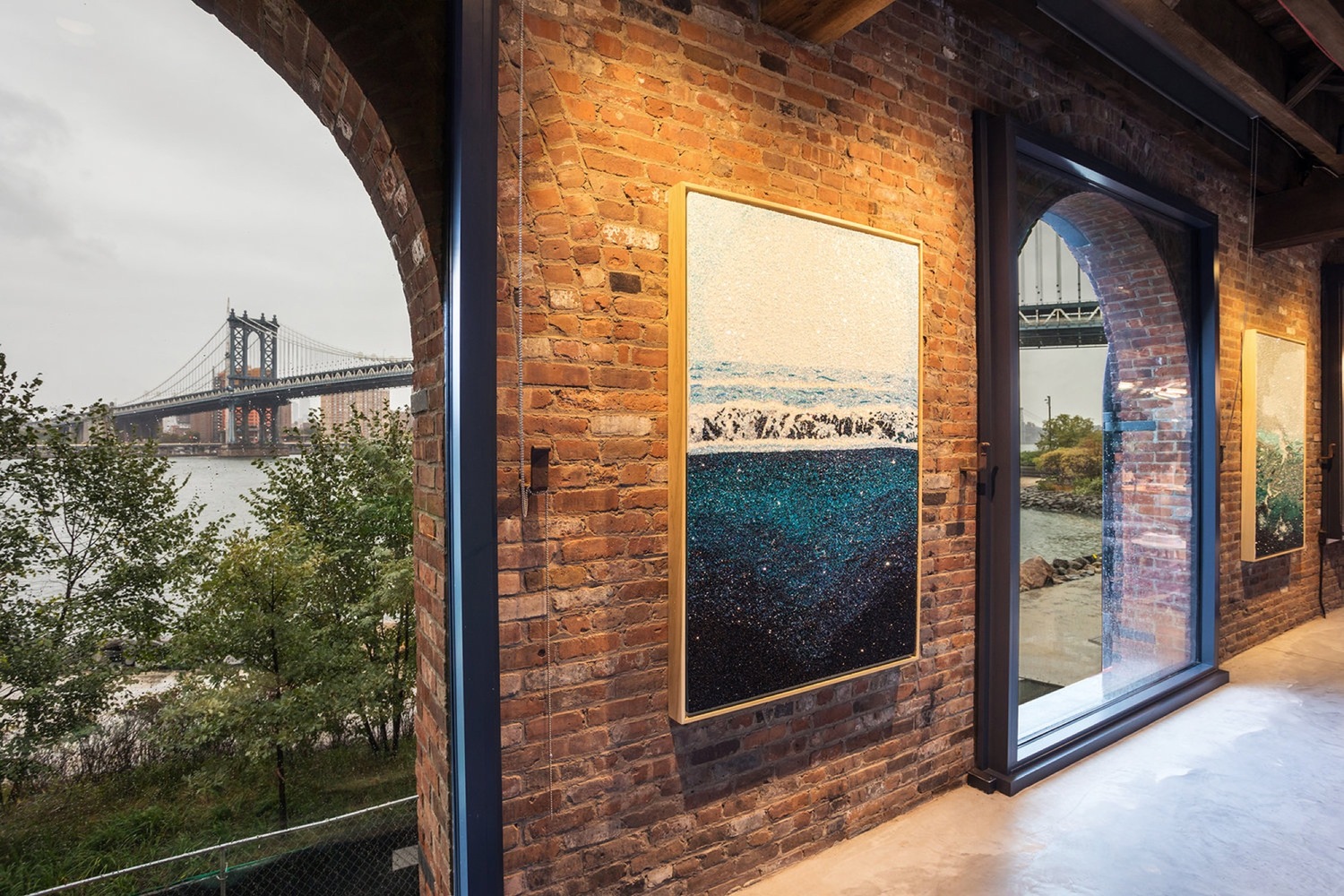 Inside, old structure and new are merged into an antithesis of a sterile office environment.  I especially love how they dealt with the windows, making a sealed structure while allowing the full depth of the wall to be felt through each opening from both inside and out (further enhanced on the outside by being framed with those shutters). 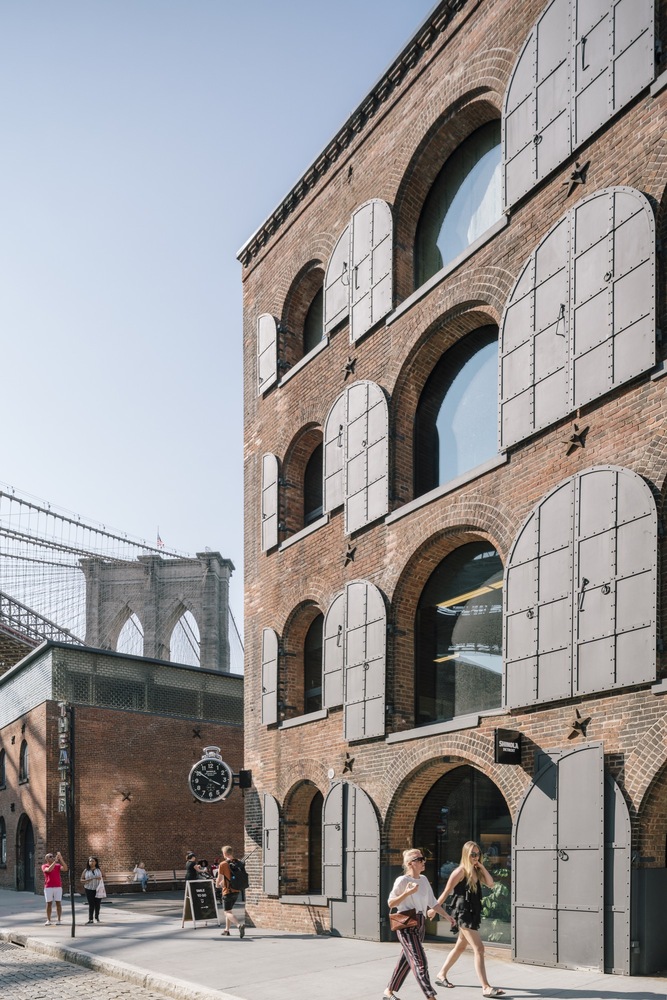 Even better?  This is right next to St Anne’s Warehouse, another adaptive reuse par excellence (featured here a couple of years ago).  Good stuff you’ve got going on there, Brooklyn!