For many years my friends and I would travel to Toronto to visit, among other things, the few gaming stores to get our fill of RPG materials.  Taking the subway from Scarborough, we’d walk through then from the Eaton’s Centre down Queen Street, and up Spadina Avenue to our main gaming store haunt.  Along the way, we would pass around this amusing oddity, a point where the street flowed around a large island located smack in the centerline of the street.  On that island was a rather stately building that, despite that stateliness, we never could tell what it was used for, or whether it was even use at all. 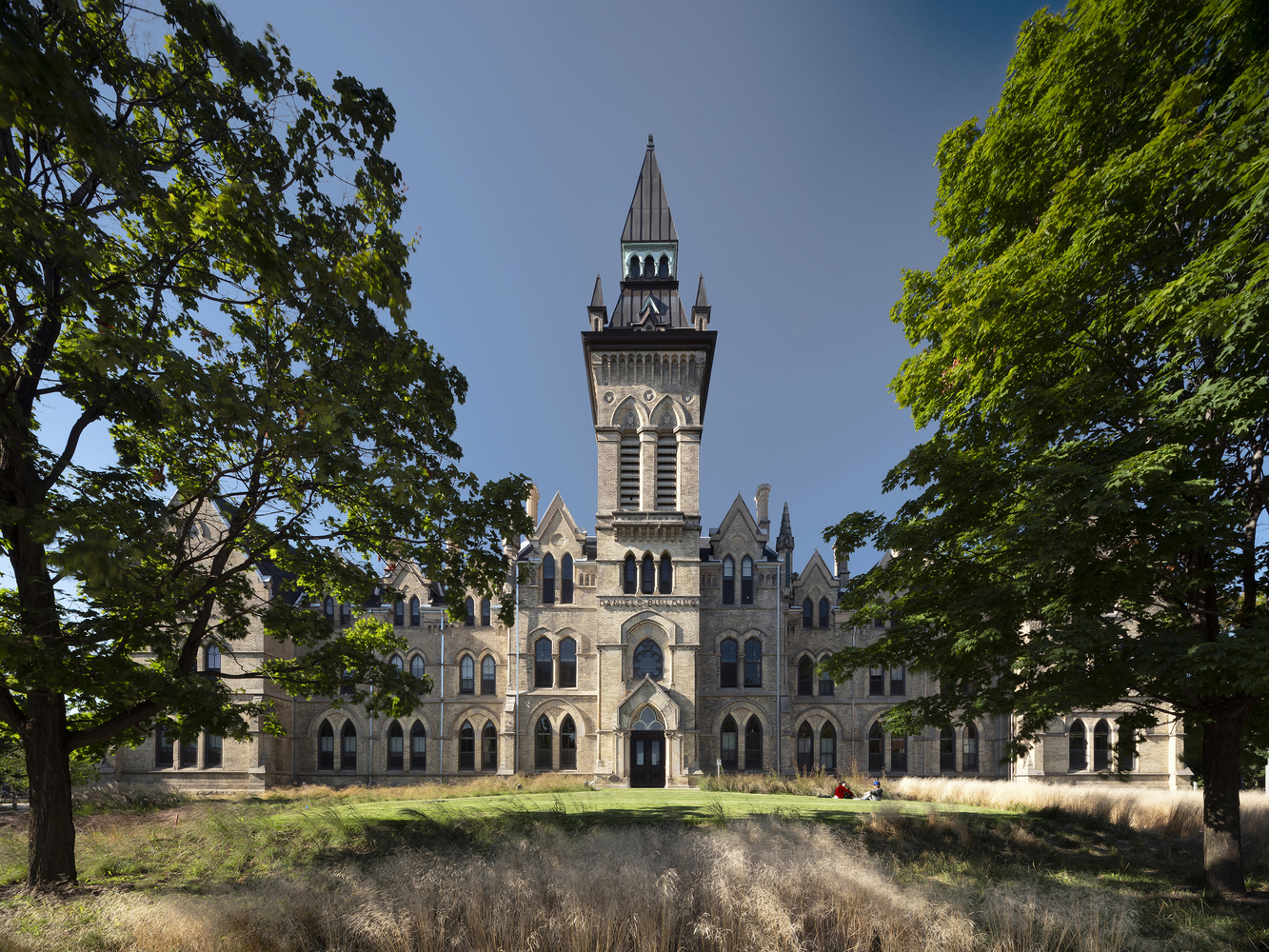 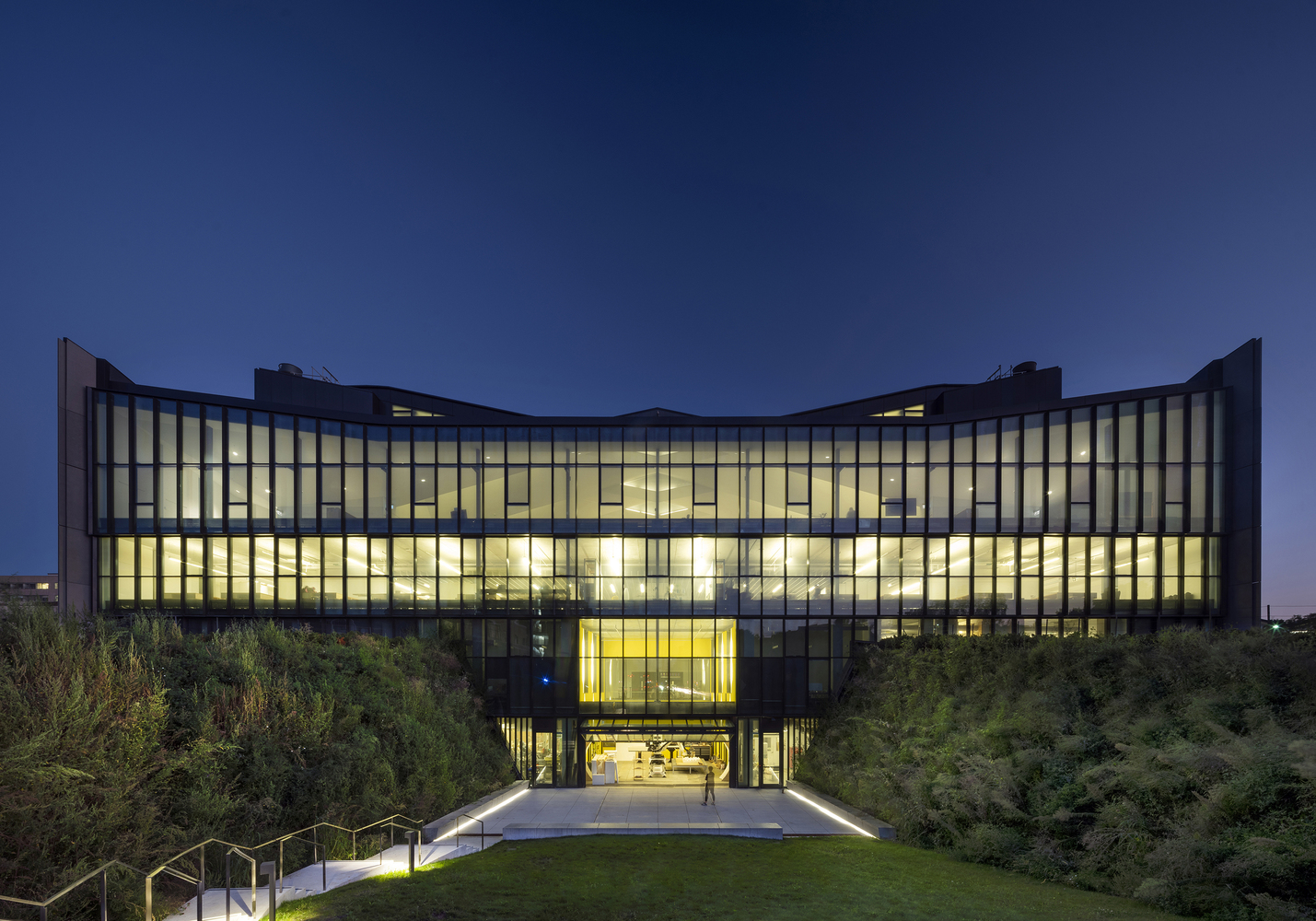 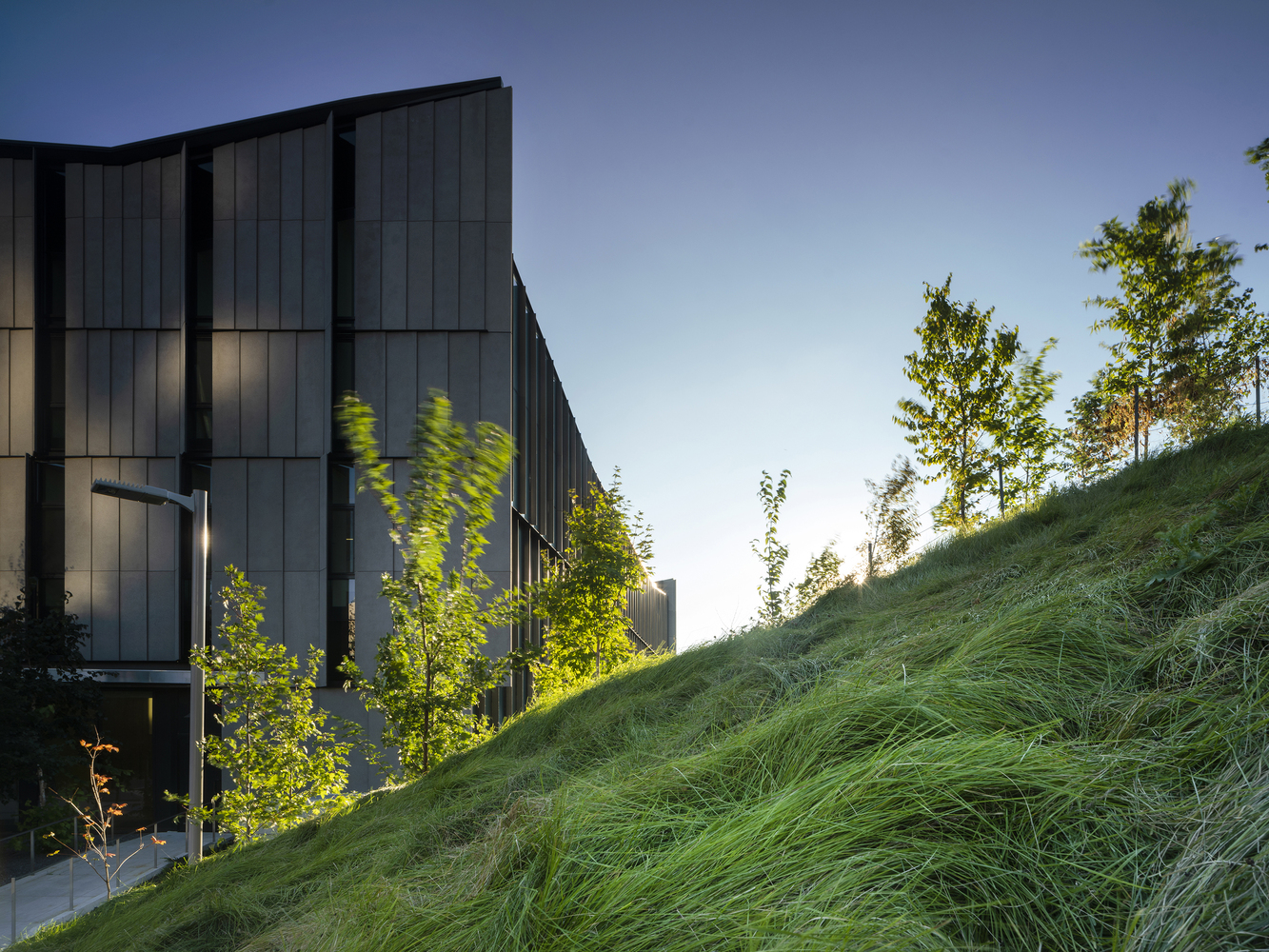 Well, I needn’t wonder any longer, for the building has been taken and expanded into the new home for the School of Architecture at the University of Toronto!  From the restored front to the landscaped back, the building mixes old and new and emphasizes the juncture between the two, turning that intersection into the primary entryways into the building.  The addition is a box, primarily relying on changes in the roofline and topography to provide some (and I might say just barely enough) articulation and interest. 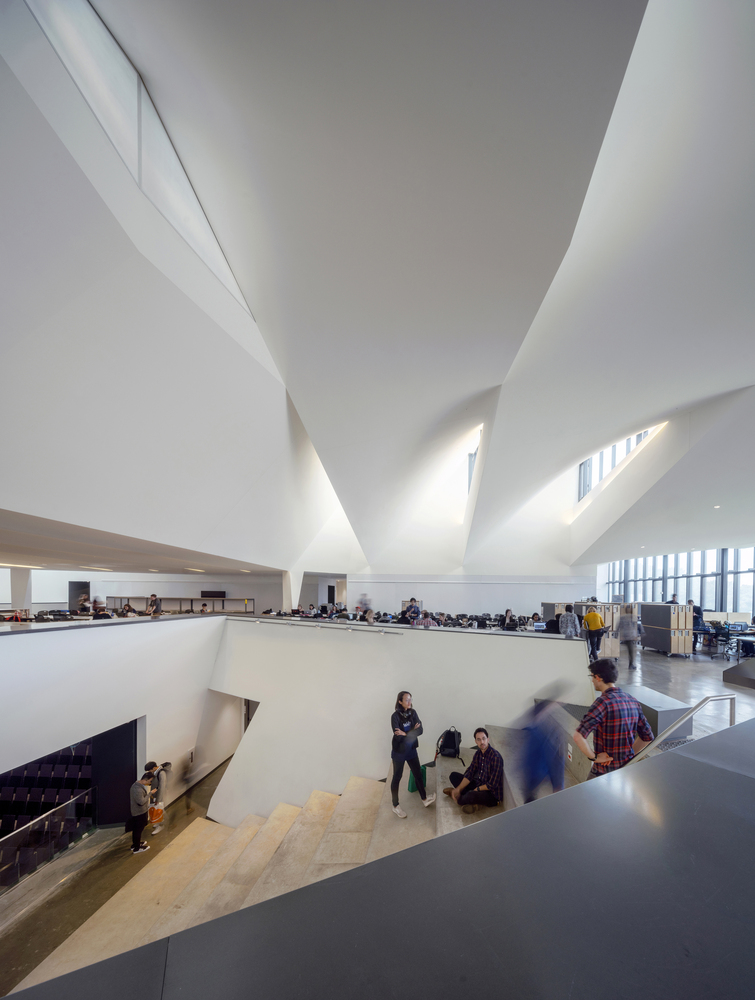 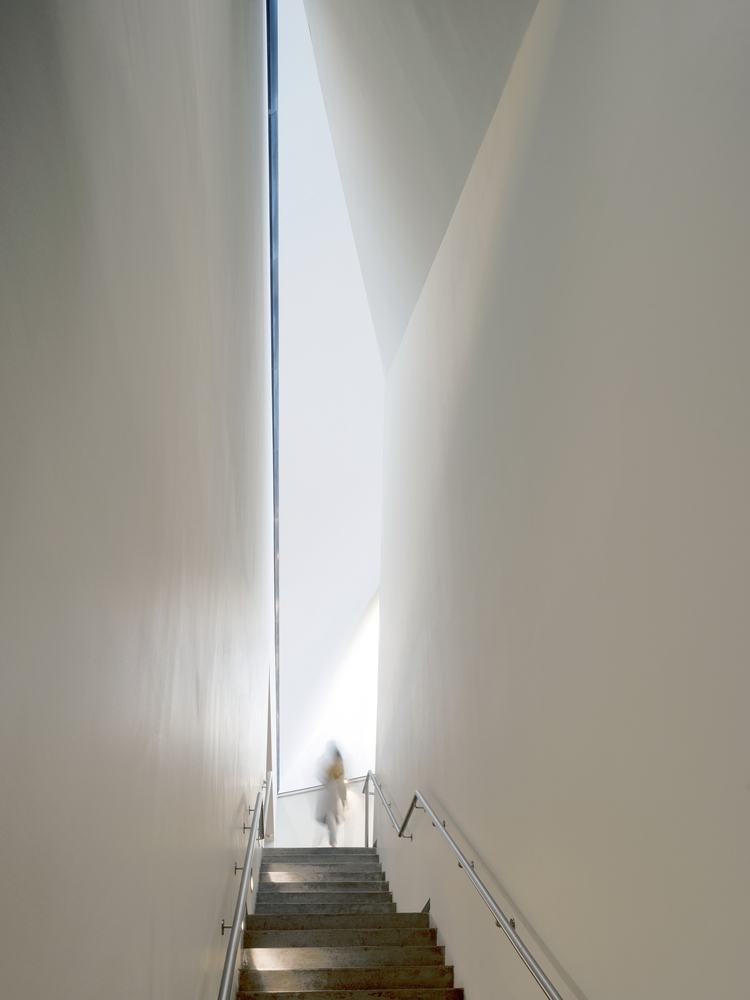 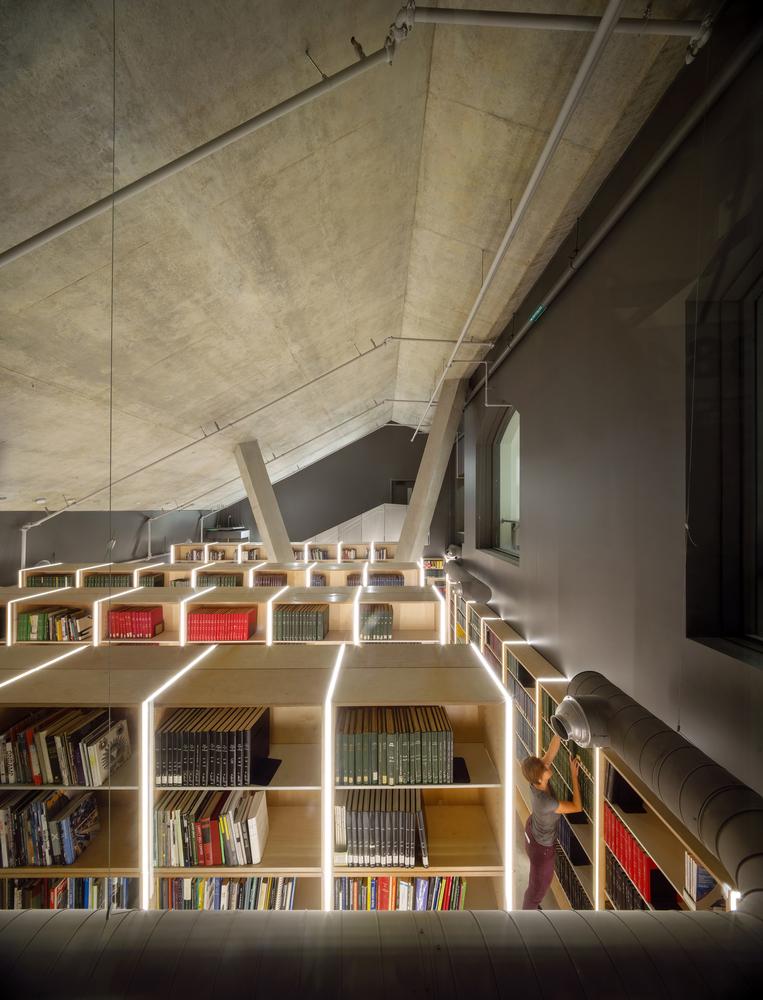 The best happens inside that box, however, with a plethora of interconnecting spaces radiating off a principal hall that serves multiple duties as auditorium, gallery, and critique space, all culminating at a large graduate studio on the top floor.  With a sculptural ceiling that allows for an abundance of natural, indirect, light, the hall then itself connects through generous circulation to other ancillary spaces allowing the whole affair to come alive in different ways throughout the needs of the school year.  Crits, symposiums, workshops, and extra project space are all well accommodated. 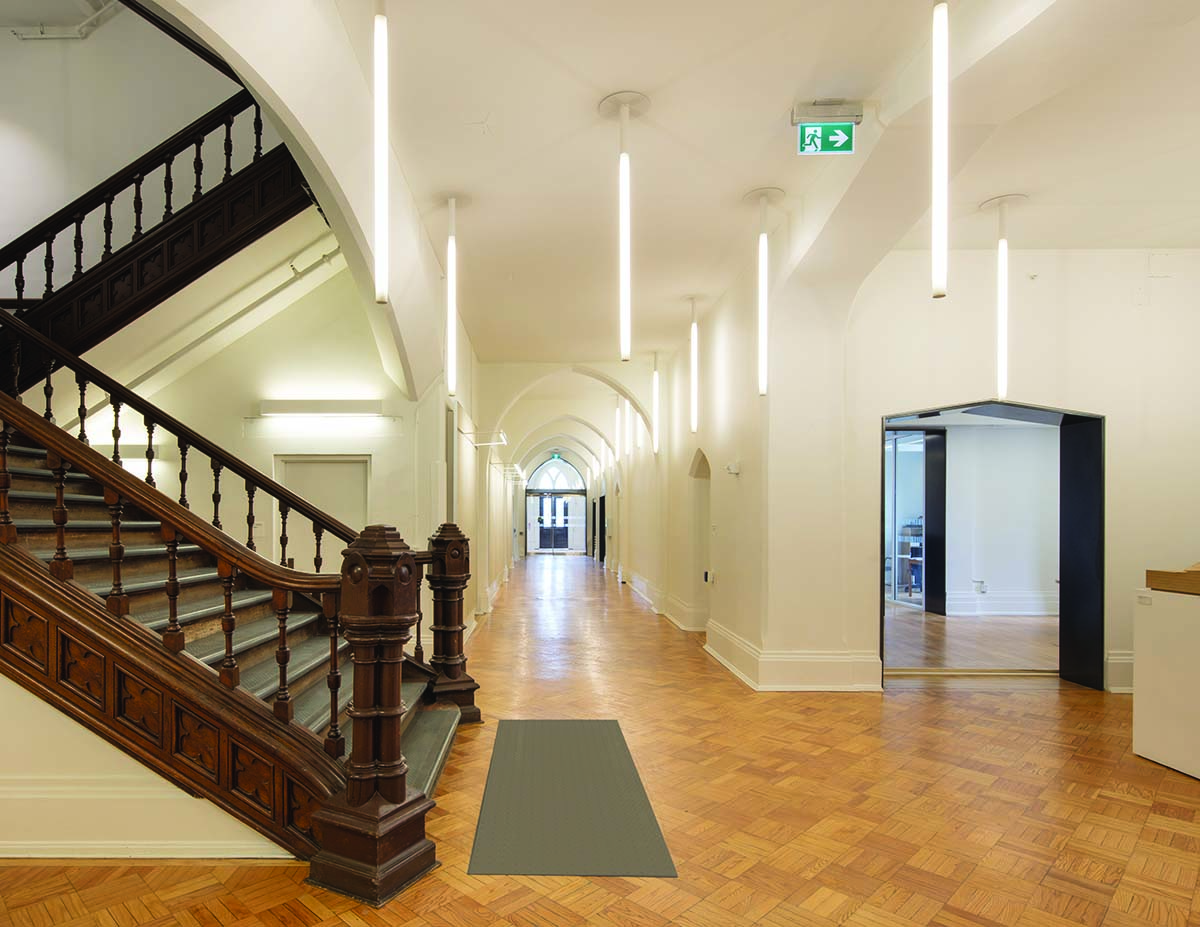 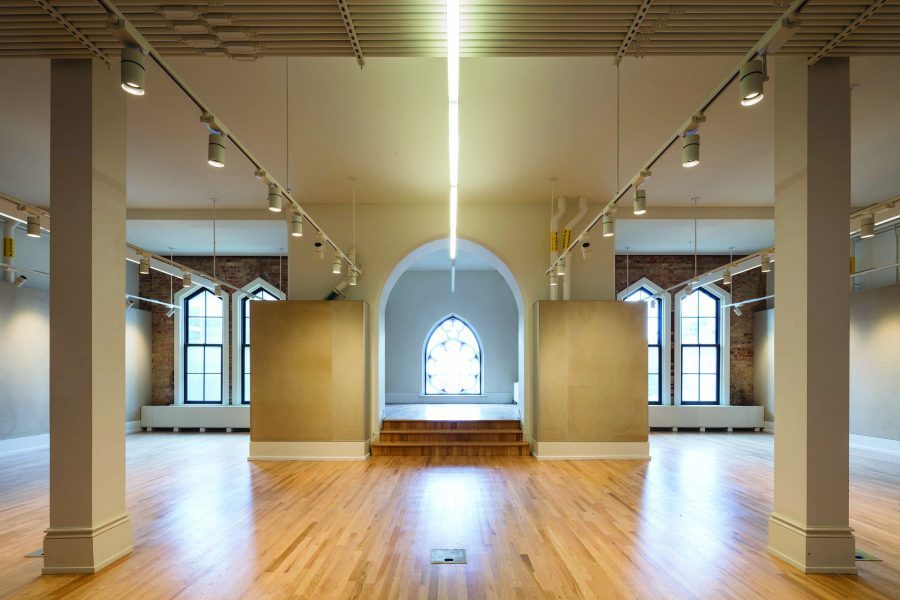 I think my favourite spaces though are the revamped interiors of that stately original, bringing forth much of the character and form of the existing building and rendering it in a nice and new twist with careful touches and with some striking lighting. 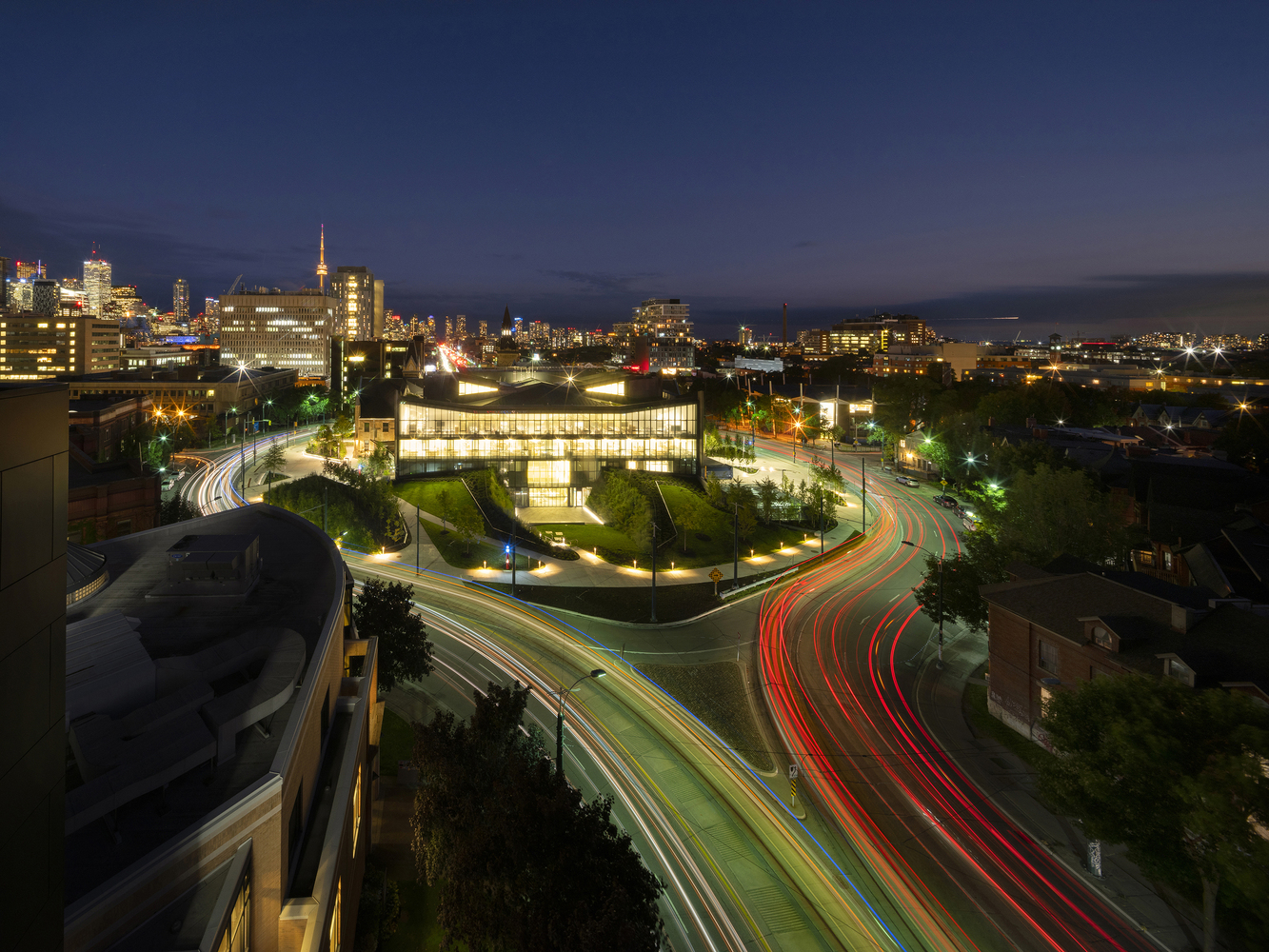 Overall, I call this one a win.  The interpenetrating shards of the interior works excellently in providing the varied spaces needed for an architecture school, and there is a nice interplay between the orthographic and grounded original building and the airy, fractal-like new (which in of itself is great for budding architects to experience).  And best of all, it’s brought life and use to a building that was once this odd folly cut off from the city by a busy road and streetcars.  Now it’s a vibrant hub that even makes the detour drive around it curious and new.  Well done.

The Daniels Building by NADAAA