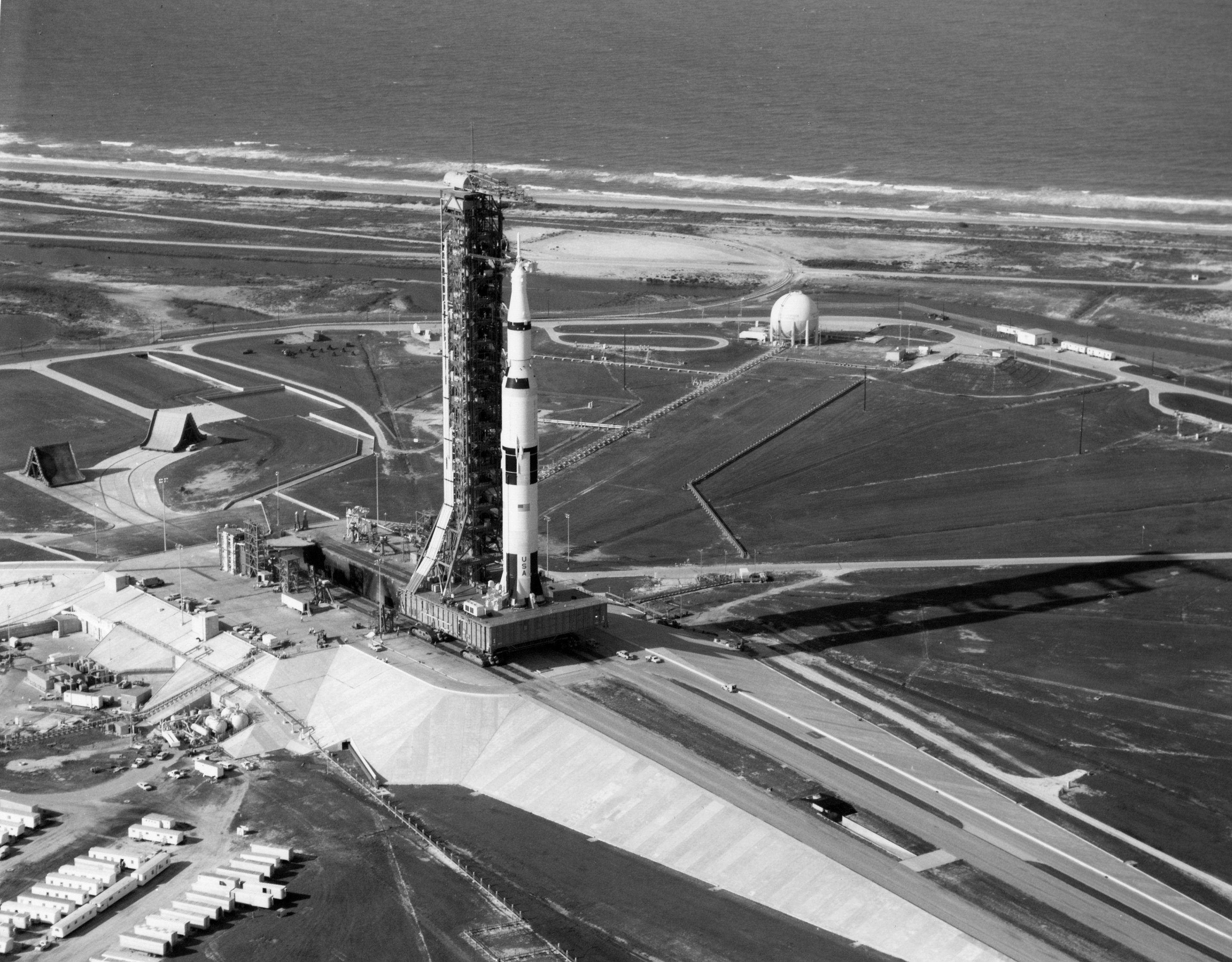 There is a distinction, a difference, between complimenting someone, and acknowledging someone.

Complimenting someone is saying something nice to, or about, them.  It is a polite expression of praise or admiration.  It often is also in rather vague or even impersonal terms, and often focused on the giver rather than the recipient.

Acknowledgement is far more personal.  It expresses definite gratitude and appreciation, and, above all else, it explicitly demonstrates that you noticed and are present to the person you are acknowledging.

The best way to learn this distinction?  Be acknowledged.  The feeling we get when we are acknowledged is worlds apart from the typical compliment.  Inside of acknowledgement we know we are seen, valued, related.  Compliments roll off our backs in the next moment.  Acknowledgement sticks.

As a very simple example:

“That was a great job, thank you,” is a compliment.

“Thank you for producing such an excellent report.  I know it was something new for you, and I acknowledge you for being willing to take up the challenge and learn quickly.  Thank you for your dedication and for putting in extra to complete this,” is an acknowledgement.

Even in such a simple example, there is acknowledgement of the work, the person’s spirit, their courage, and their potential sacrifice.  There’s nothing rote about it, nothing insincere, nothing detached or depersonalized.  It’s personal and affirming.

As always, there’s nothing wrong with compliments per se.  Acknowledgement is simply more powerful.  It is more involved (as it requires being present) and so it is why when we intend to acknowledge we often instead blat out a compliment.  But with a bit of practice it becomes not only easy, but powerful for the acknowledger as much as it is for the acknowledged.

Inside of acknowledgement, we are all present to our connectedness, our humanity, and to who we are.

It is warmer in Alert, Nunavut,

Than it is in Victoria on Vancouver Island, 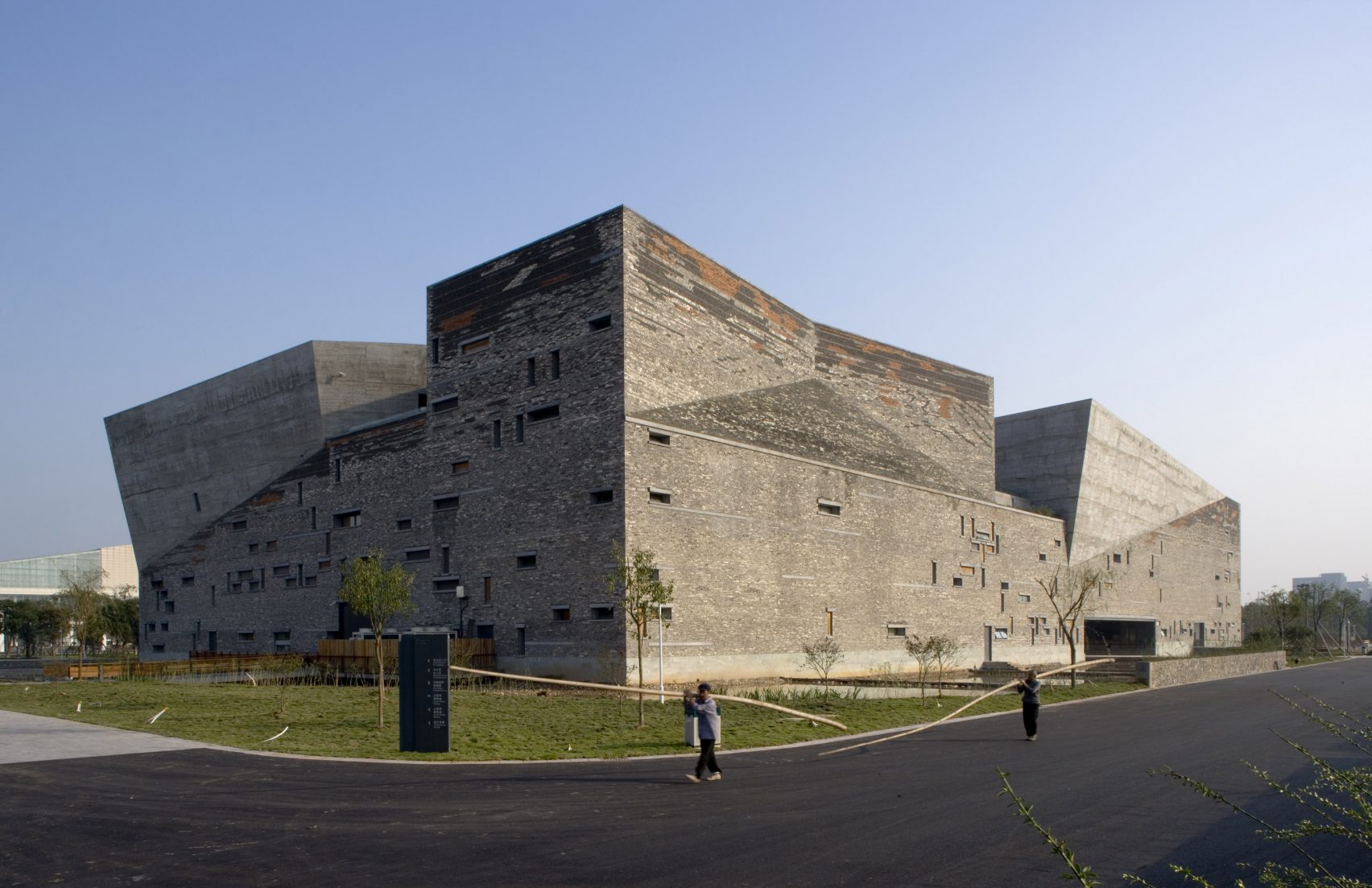 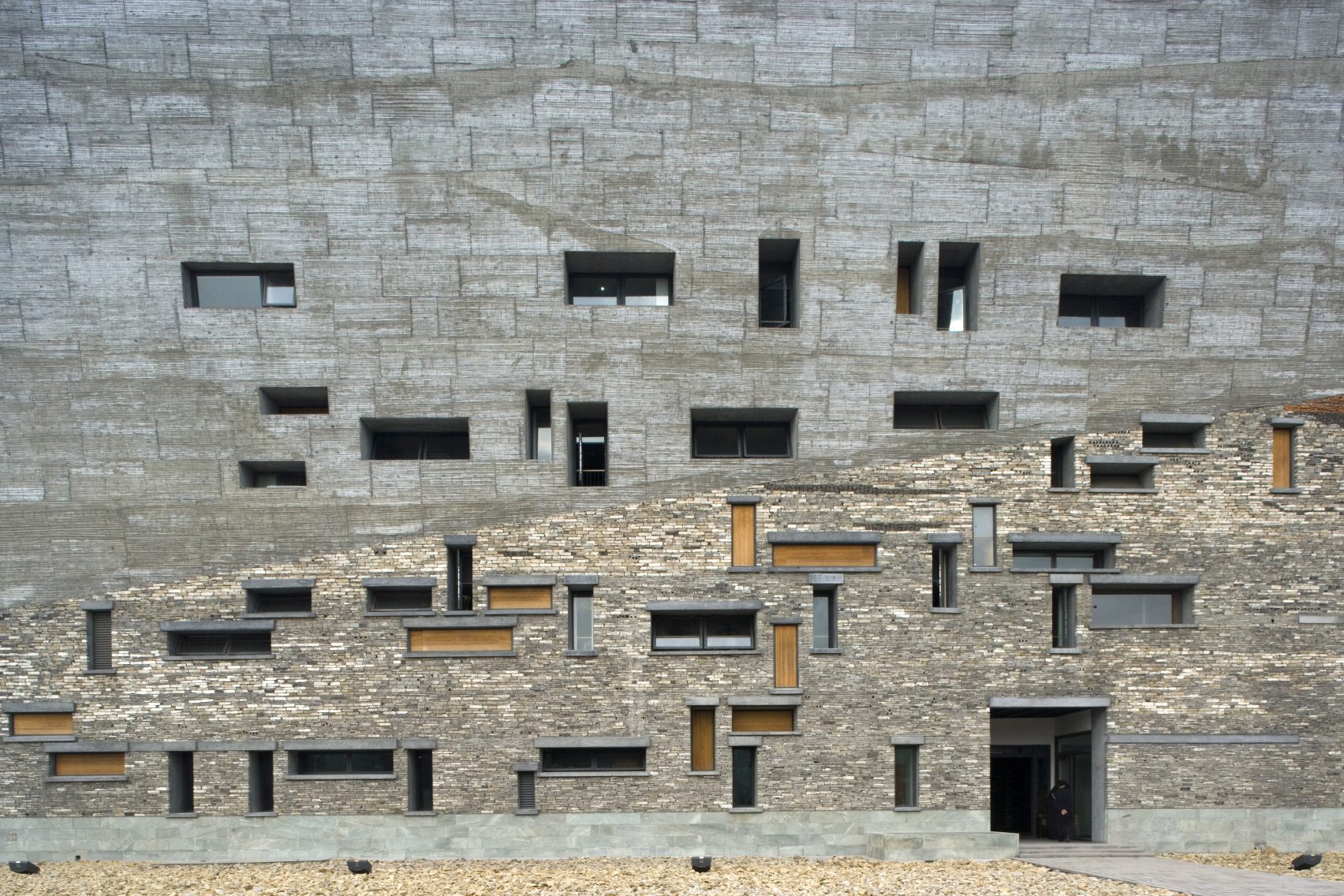 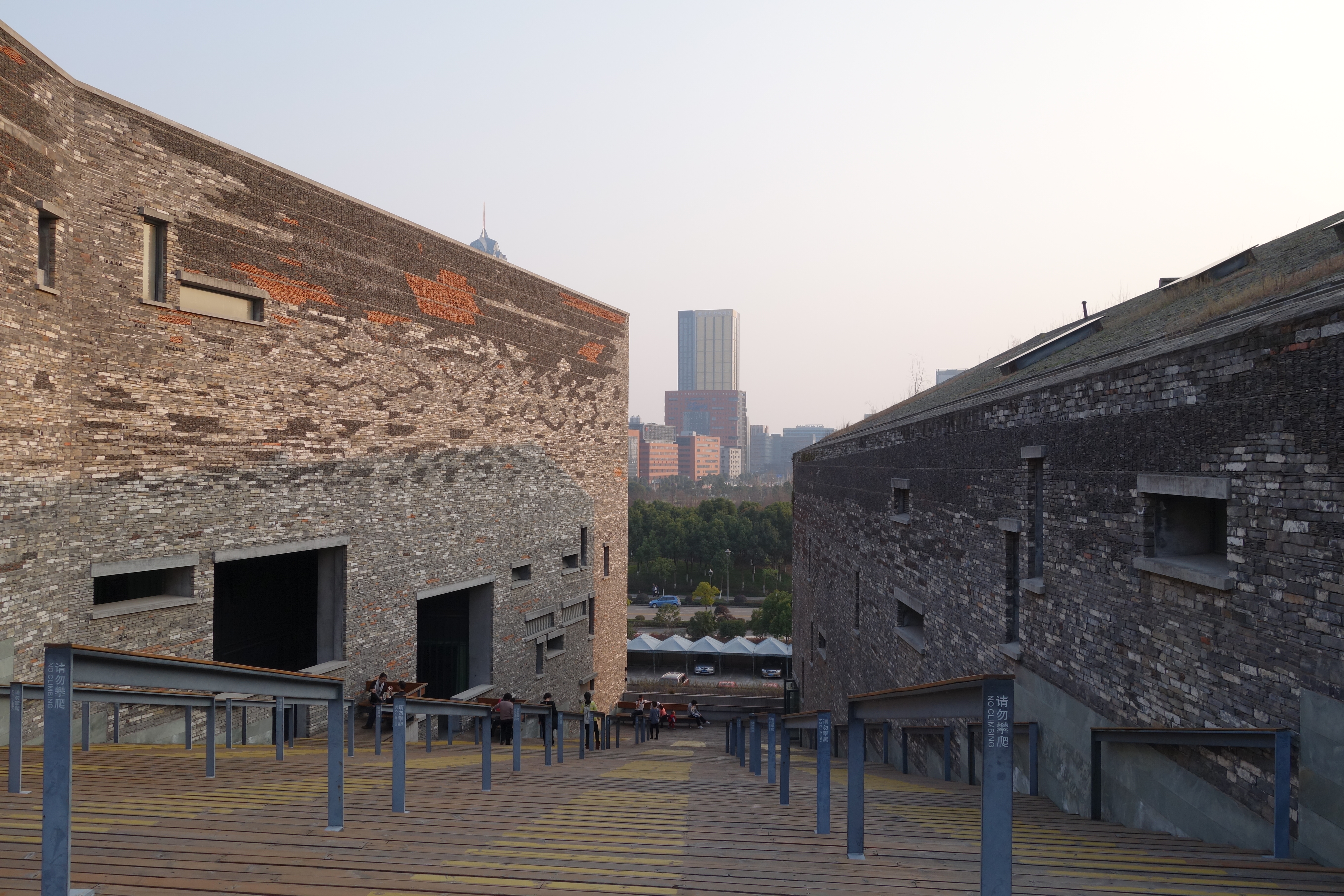 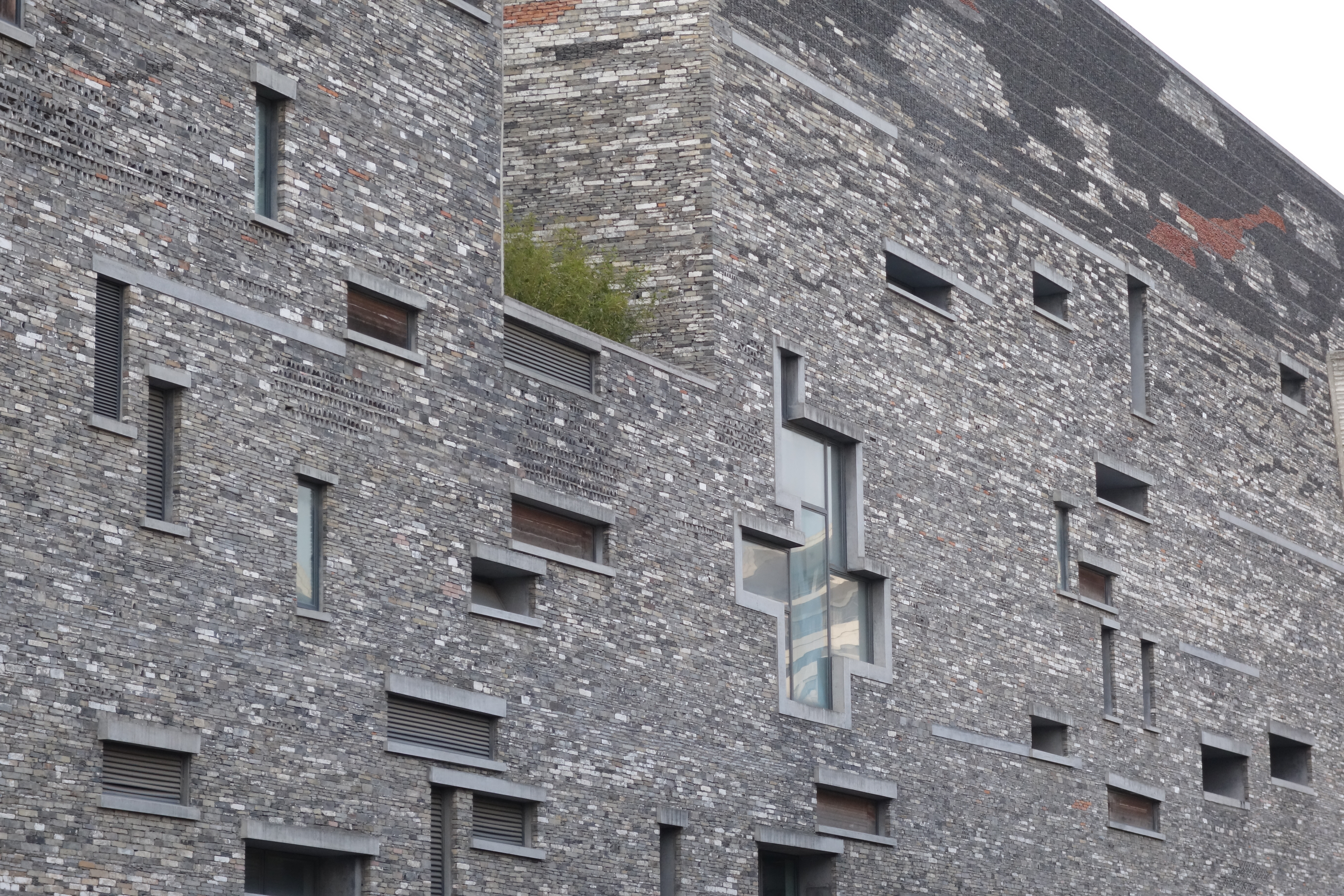 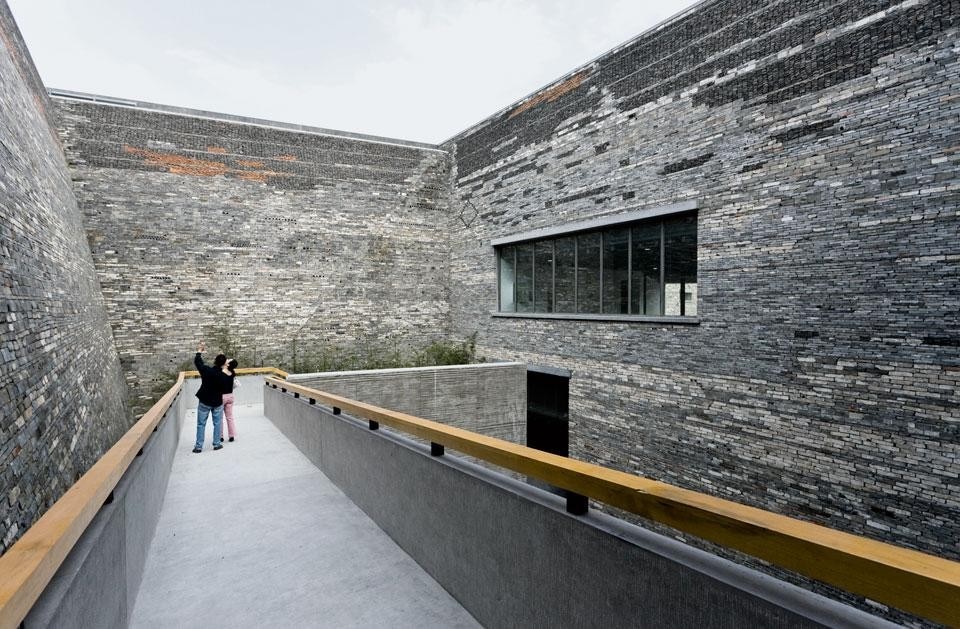 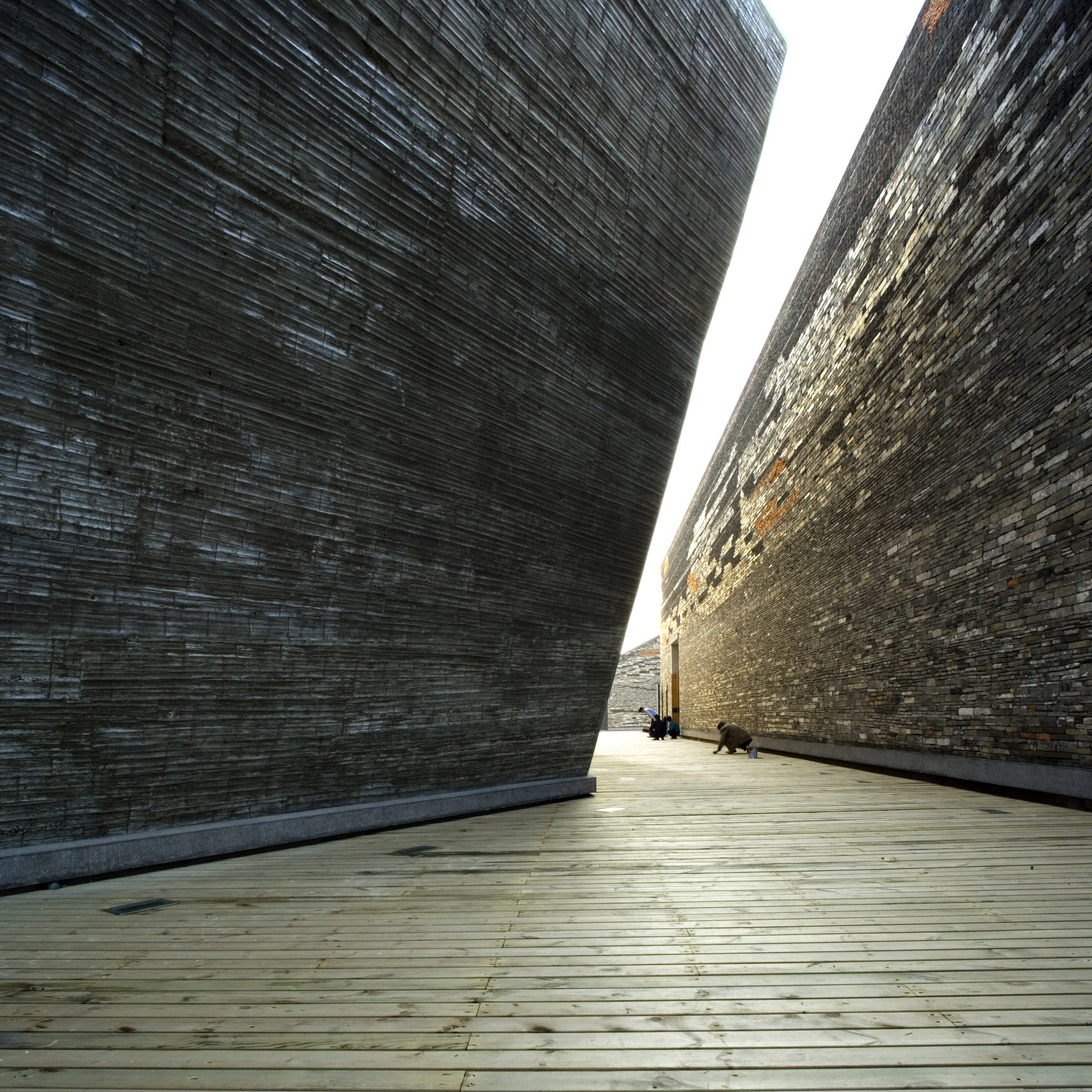 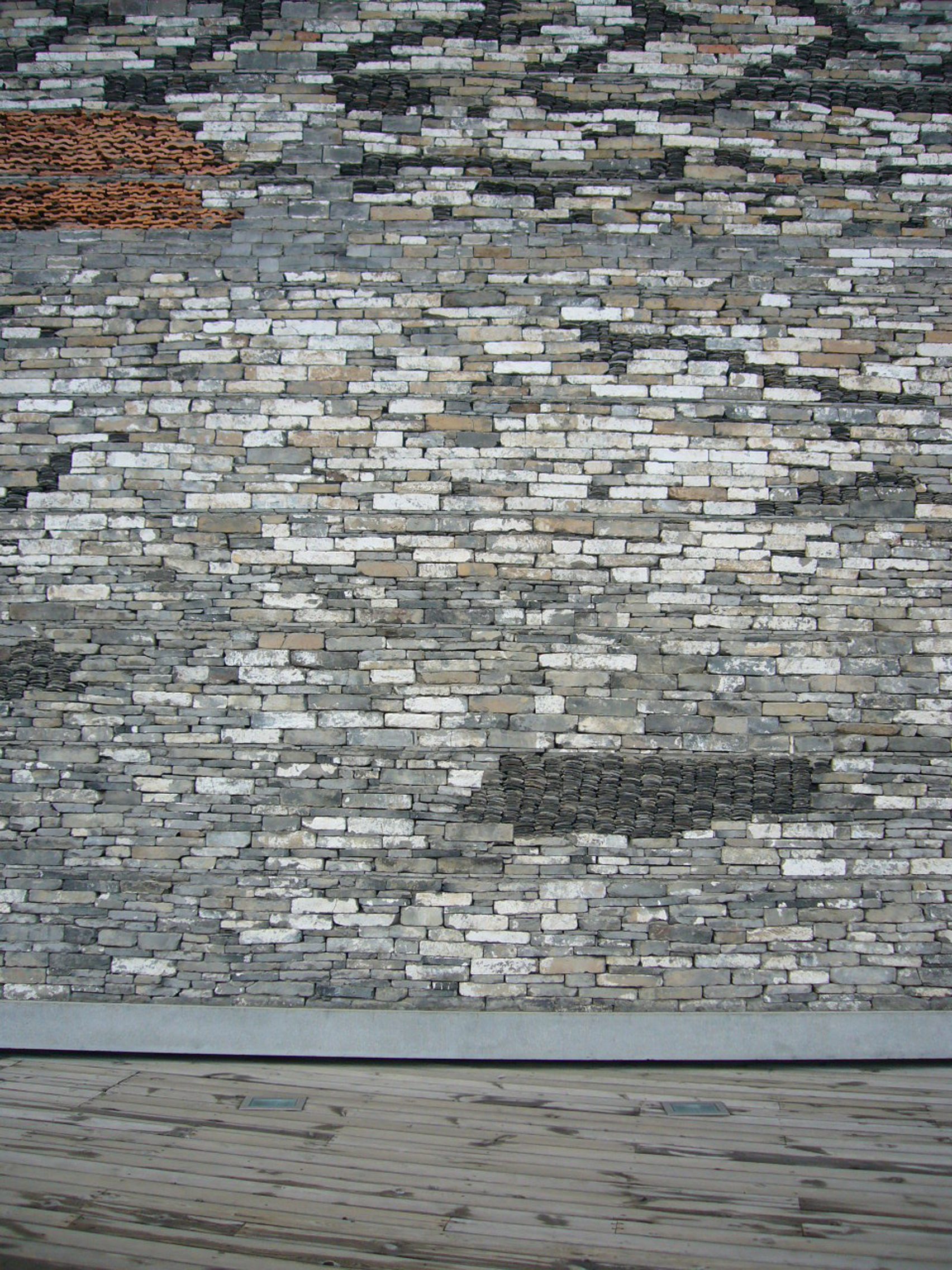 A little moment of peace

returning to the beginning, serene

new growth emerging from the old

There is a distinction, a difference, between being honest, and being authentic.

And I love this one, because it is both subtle (they seem, in many ways, like they’d be the same thing, right?) and, as so many of the seemingly subtle ones are, to get it has unusual and amazing amounts of power:

Being honest is putting your inner dialogue, aka that little voice in your head, on loudspeaker.  It is broadcasting the automatic thoughts (which, to nest a distinction within a distinction, thoughting is distinct from thinking) that blurts into your mind.  When you say “Just to be honest here…” mostly that conversation is being directed by your calculating self.

Being authentic, on the other hand, is speaking from your central self.  It is sharing and acting from the core of your being.  It is the self of creativity, generosity, relatedness, connection, sharedness, vitality, bounty, and freedom.

The notions of keeping it real, or to be authentic, or “Tell it like it is…” are all over the place.  We are invited to do so all the time.  It becomes a catchphrase.  Let it out!  However, it is very unclear what is actually being invited by those notions.  Even more unclear is what is, eventually, expressed.  Is it truly authentic?  Not so much… most of the time it’s simply being honest, spewing forth nothing but first thoughts with the calculating self piling on for more.  The authentic expression is buried, if it can even emerge at all.*

And to be clear it is not, as it often is with distinctions and philosophical ontology in general, that one is good and the other is necessarily bad.  It is to know them distinctly such that you can employ them as appropriate and as you intend.  Often it is very useful to be honest, to say what is right there in order to be able to move it aside so you can hear and express your authentic self.  The deal is to not just put your little calculating self voice on loudspeaker as though it was you but instead purposefully create “hey, this is my calculating self here for a moment, it wants to speak” so that it can speak and be satisfied and then sit down to let your authentic self step up and be. **

But first you, we, have to learn and to know and hold these two things in distinction.  To tell when we’re being truly authentic, and when we’re just “being honest”.  With that we begin to gain control over our stories and we begin to better hear, and live by, our central selves.  And with that gain all the strength, joy, and peace of mind that comes from it.

* Which is doubly unfortunate, because the more the calculating self is expressed and even lauded the more powerful it’s view and grip on us becomes, and the more we then encourage each other to further indulge our calculating selves, leading to an unproductive cycle…

** Eventually it need not be spoken aloud.  You can hear your “honest” calculating self and say to it, inwardly, “Thank you for sharing,” and letting your authentic self come to the fore.

Here’s a fun home that creates hillside living in the midst of the city!  Its smooth white and expressive exterior only hints at what’s within…

Ringed with swooping forms, sloping green roofs, and punctuated by pavilions, it’s a playful and yet serene affair.

Inside there are plenty of connections to all those verdant hillside swoops and the private courtyard.  Centered around a traditional Korean hearth, the spaces unfold in a spiral with fun intricacies and suffused with plenty of light.

A house out of the ordinary, filled with delight.  Very cool!

As I have created before, distinctions are crucial in the practice of the philosophical arts.  It is through distinctions that, well, things become distinguished, separated, and even visible.  We see something newly, we gain insight, and we gain access to new realms.

So let’s rapid fire our way this coming month and a bit through some powerful distinctions. And since we’re talking about new possibilities, let’s start with:

There is a distinction, a difference, between a possibility and an expectation.

When we take on and set ourselves to something, we pretty much always have a view, a vision, for how we’d like it to go.  Which is great!  We have an intent, we have a vision, we have invented a (new) possibility.

The problem, though, is that very quickly it can easily shift from how we want it to go into being how it should go.*  “I’m going to go in there, do that, and the result will be all those,” or, “We will visit here on these days and it will be amazing in this way,” or “I will say this to them, and they will say this back, and I’ll get that,” and so on.  And if – or, more likely, when – that narrow outcome doesn’t come to pass, well…

When you have an expectation, and it isn’t met, you are left with disappointment.

In those moments of ‘not it’ we are left with our vision and intent intact.  Rather than demand a limited outcome we are instead ready to dance with what comes, be like water, and flow towards our vision.

Because the doubly irony of holding tight to an expectation is that we become so fixated on it looking a certain way that we lose out not only on the flexibility to make it happen, but also on all the other opportunities for something equally grand or maybe even grander than we had imagined in the first place.  Locked into an expectation, we’ve reduced the myriad of options and outcomes to only one we will call success and creating a thousand and one ways to lose.

In honour of Canada Day, here are some photos of our lovely Parliament Hill Centre Block! The beaver is a proud and noble animal! 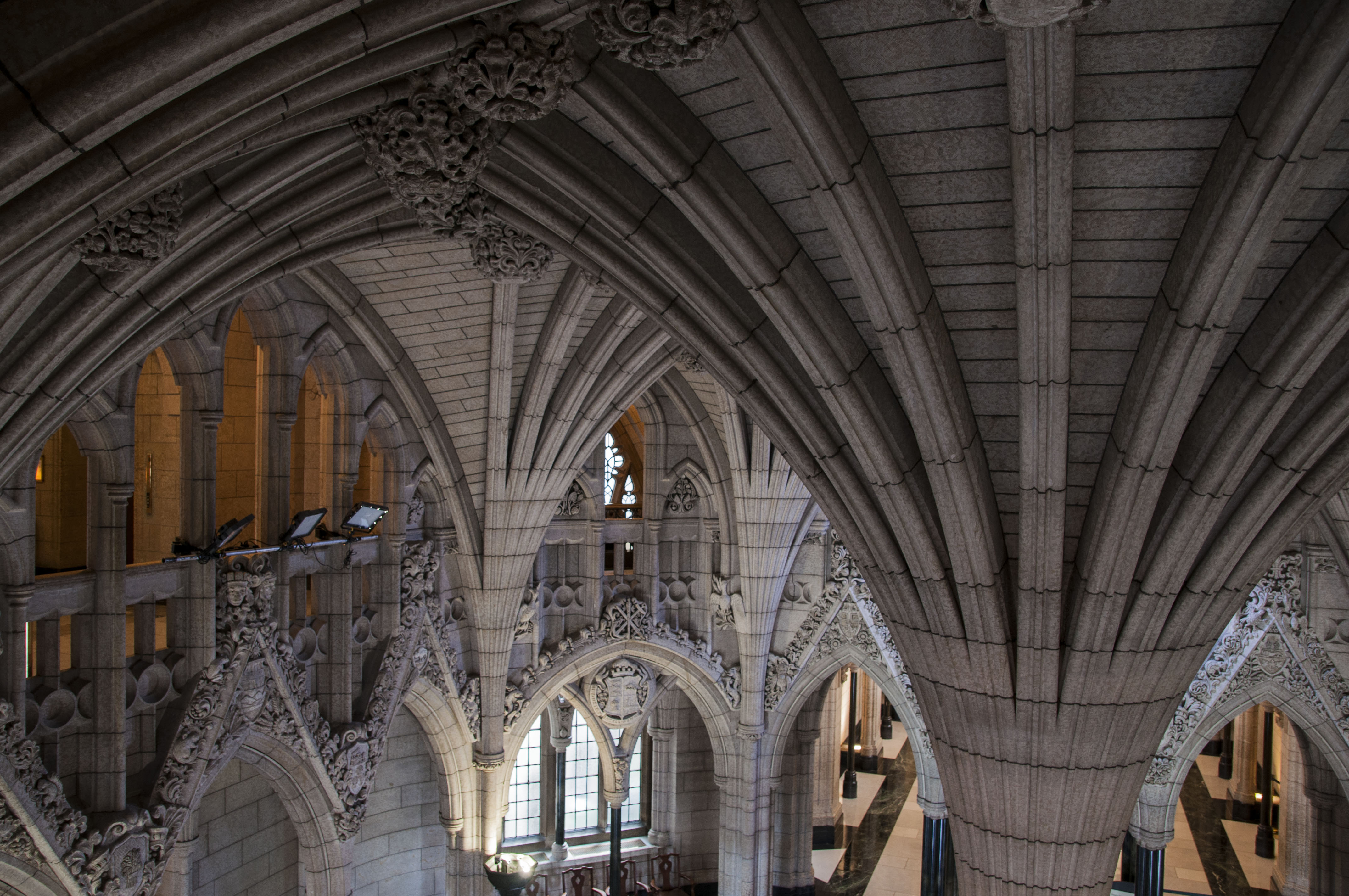 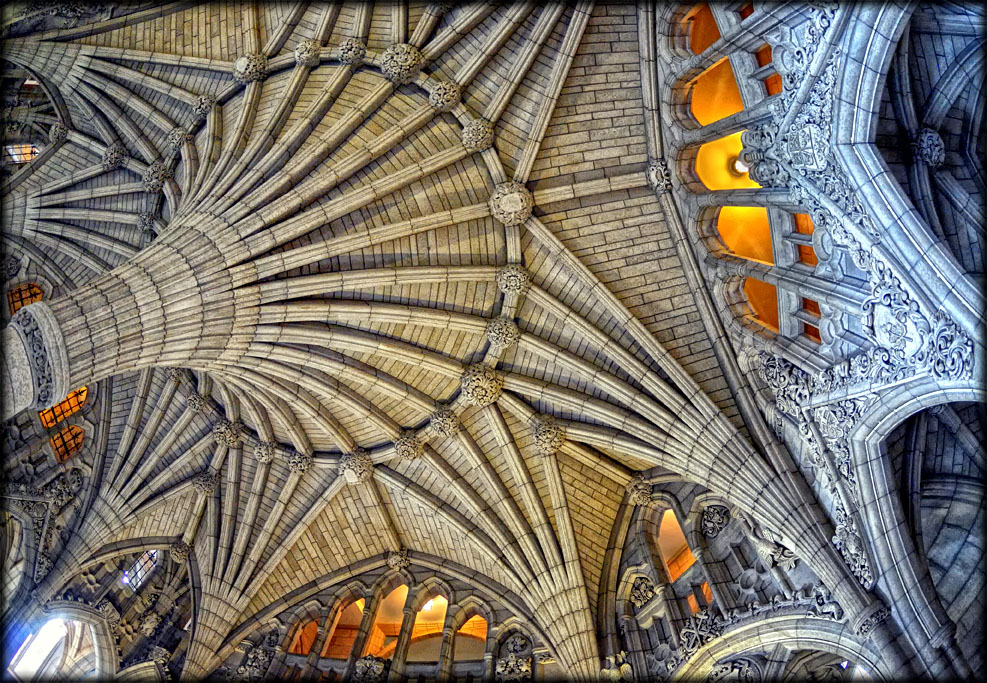 Artistry in stone and glass. 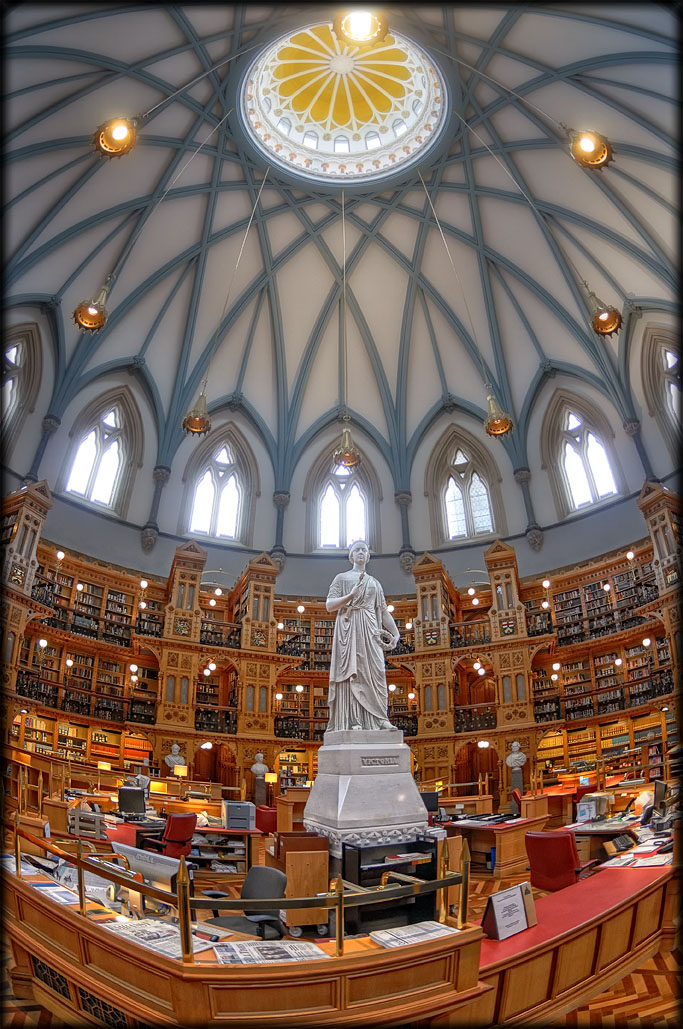 While I’ve always had a softer spot in my heart for the East and West blocks (and their greater intricacies vs the perfectly-symmetrical Centre block), I still do like the Centre block a tonne.