Wrapping up the city hall tours we end in Aarhus, for a building that is both quite different and yet fully within the same spirit of the others.

Without a doubt the outside is quite different with an austere presentation to the world.  Rectangular, punched windows, and covered in a rigid grid of grey marble.  And punctuated by the clocktower that looks to all the world like a thick chimney wrapped in scaffolding (which, interestingly, was not part of the original design but added when the townsfolk discovered there were no plans for a clocktower, which didn’t fit their idea(l) of a city hall).  Opened in 1941, it fits its time with the rise of early modernism.  Yet it is not without flourishes, including the heavy use of copper (such as for the lightly pitched roof) and a complex interplay of forms at the entrance.

Inside things really take off.  The great hall is indeed great, a four-story high space ringed with delicate and curving balconies (each housing more gathering rooms), a roof of shell-like vaults each ringed with windows, and all culminating at a giant window wall that looks out over the town.  Wrapped in rich and warm wood and with a herringbone wood floor and plenty of hanging lanterns, it’s an exhilarating space to be in.  I admit, I was not expecting this at all, both in that I didn’t really know it was there and didn’t expect such a wonderful feeling space.  It’s great.  (Stand in it by clicking here.) 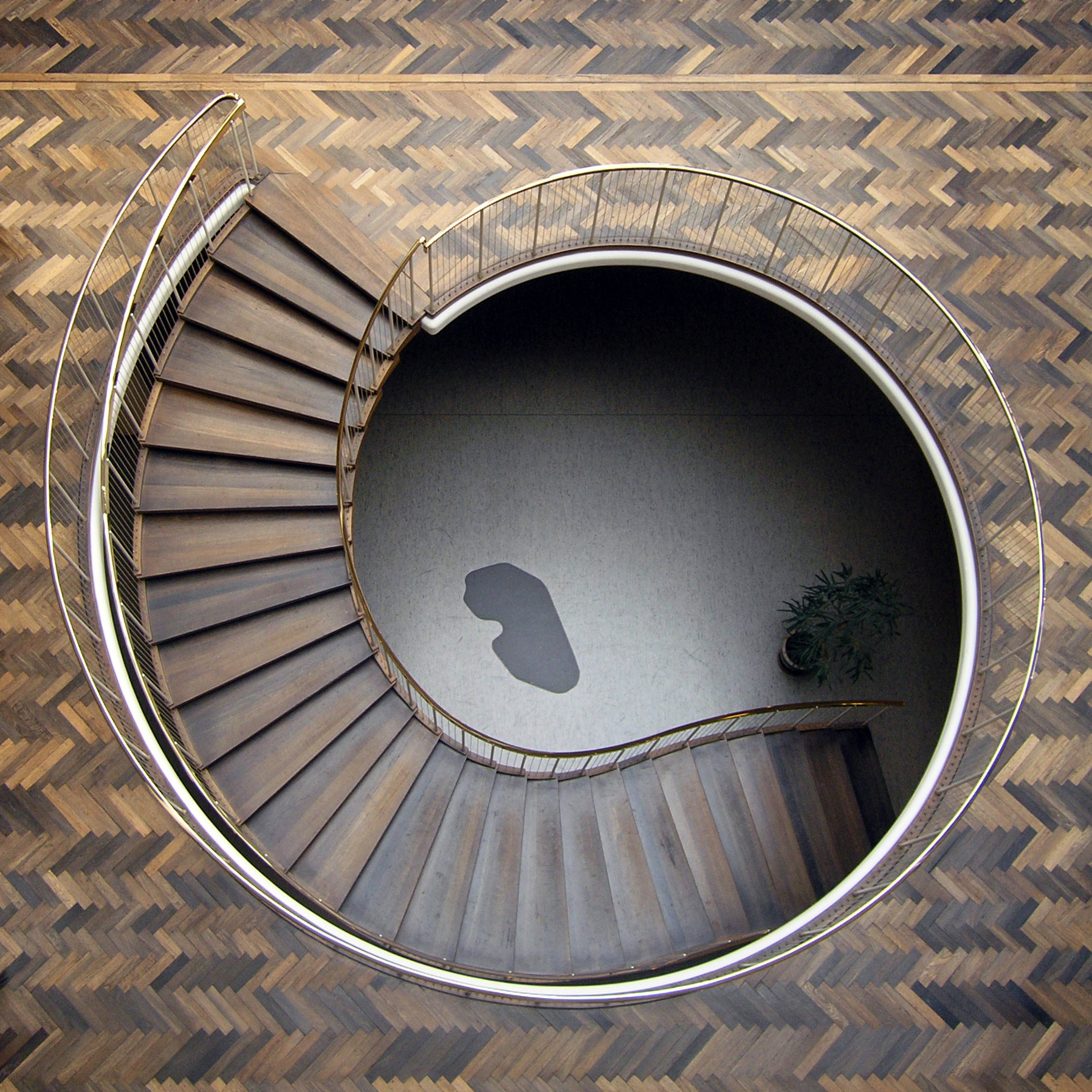 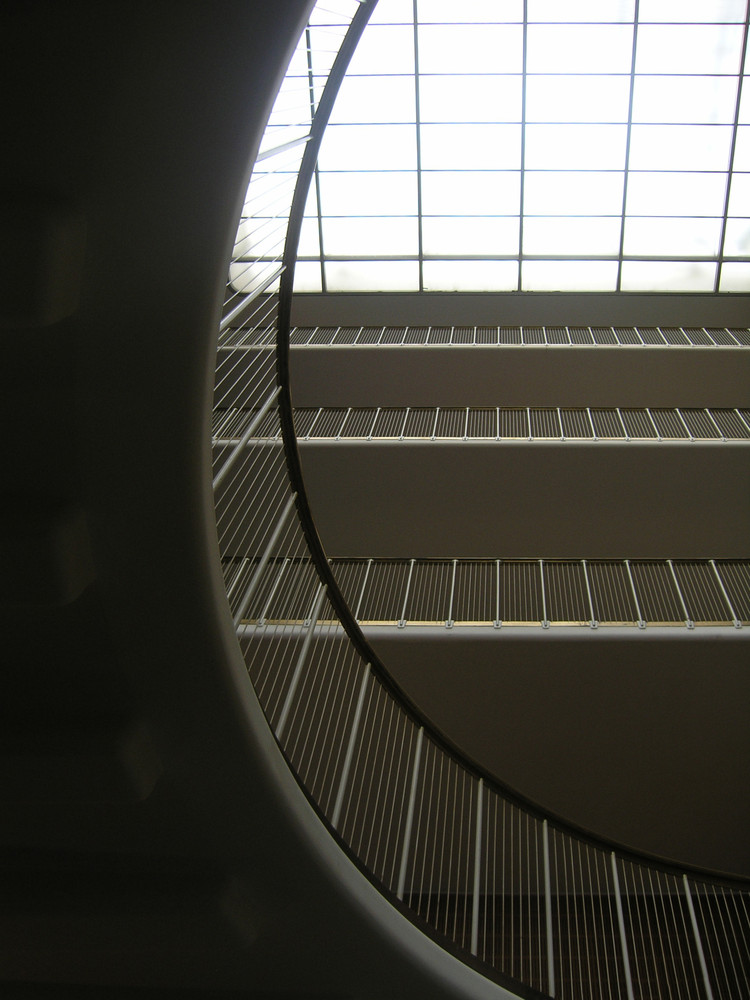 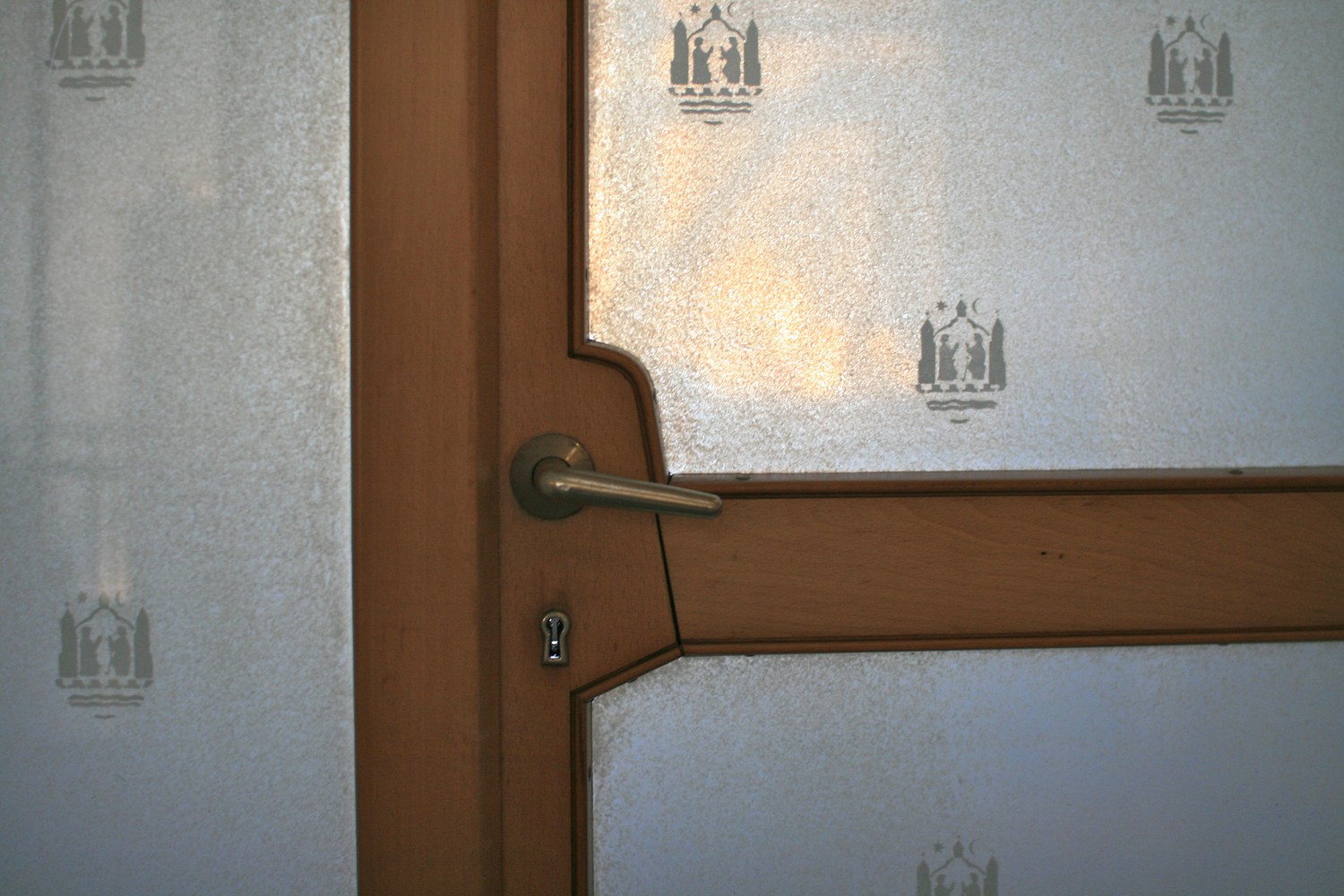 What really makes the building is a plethora of lovely details, from the grand mural in the entryway (which is on the back side of the council chambers that hover over the entrance, presenting democracy towards the town), to the amazing wood floor and curving staircase, to the artistically crafted doors, and to the long and linear administrative wing, with its atrium down the middle allowing light from the equally linear skylight above to flow in.  (Very reminiscent, BTW, of the Marin County Civic Centre, which makes me wonder if Frank Lloyd Wright was influenced by it.)

No pipe organ here, but the piece de resistance here was the elevator core.  That sounds… bizarre, but just check out the design of each car, with their niches for the entrance window, signs, and the custom and deco call button panel, not to mention the careful crafting of the wood scrim that envelops it all.

Another great civic centre.  It was the last we visited, but certainly not the least.

The Aarhus Rådhus by Arne Jacobsen and Erik Møller.