One of the buildings I was really excited to see on the trip was the Fantoft Stave Church, south of Bergen in Norway.  A re-creation of a church from the 1150s (the original had been moved then damaged by arson (!)), it is representative of an old style of simple local churches constructed using large ore-pine posts.  Far from grand cathedrals, they were more intimately created by the local communities, humble yet still imbued with a sense of craft and care.  What also really caught my attention was their delightful complexity of form, with multiple roofs, an exterior arcade, and the swath of structural members within.

The building did not disappoint.  It’s not a large church, with maybe seating for 24 people, but it exudes presence.  The dark monotone exterior strikes a strong silhouette, contrasting nicely with the surrounding greenery as well as the sky, especially with the prominent and wicked abstract dragon heads that jut from the ridges.

Inside, the unfinished and bright wood surfaces are a surprise.  The solidity of the main support posts heighten the verticality of the space, and many nice details abound, including curved trusses, carved cross-braces, and more. 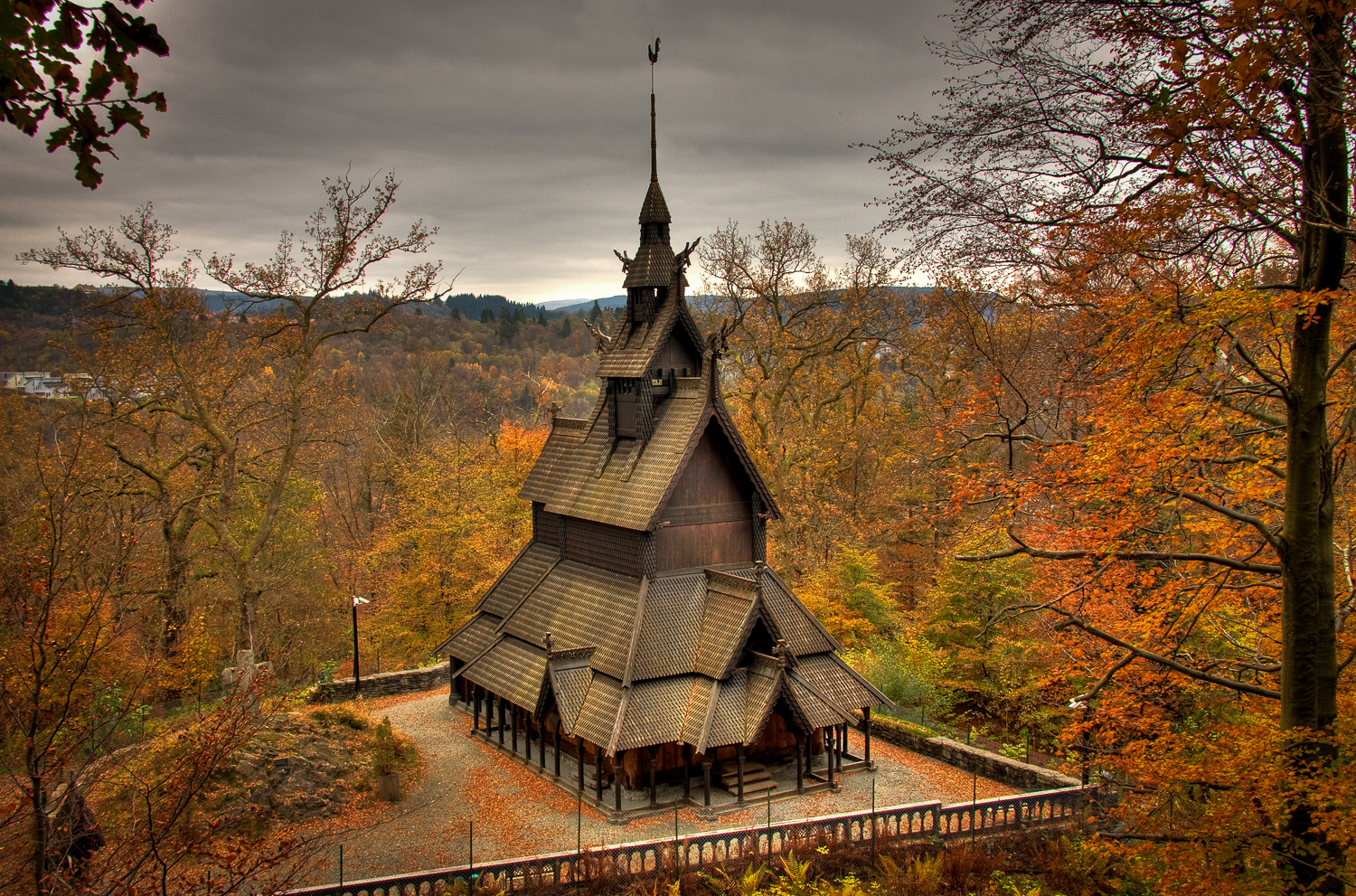 And I had to include this picture I found online, for it looks especially stunning in the fall!

Really great work, I loved it’s intimate yet grand feel, and it’s a great example of local work using humble materials all designed to a high degree to create something beautiful, personal, and meaningful.

(It’s also the site of my funniest accident of the trip… I was stepping back to take a picture, figuring I would lean up against the fence behind me.  Except I failed to notice that the fence was not on the plinth upon which the church sits, but about a foot back, meaning there was a gap and drop off there.  And so down into that gap did my foot go, and down between the fence and the plinth did I fall.  Amusingly, the gap was narrow enough that my body had to squeeze between the fence and the plinth on its gravity-induced travel, which means I fell, completely horizontal, at a relatively slow speed for what felt like a long time (as my brain tried to make sense of what was going on) before being deposited quite gently onto the ground.  I laughed so hard, and nothing was injured except my pride.)

If you’re ever in Bergen, I heartily recommend checking it out.  The Fantoft Stave Church by architects unknown.