A glorious example of adaptive reuse tonight, in the form of a project that sports an equally epic name:  Godsbanen.  A former railway goods station it is now a full-blown cultural centre, with several theatres, galleries, night clubs, along with a number of art workshops and rentable spaces for creative business startups. 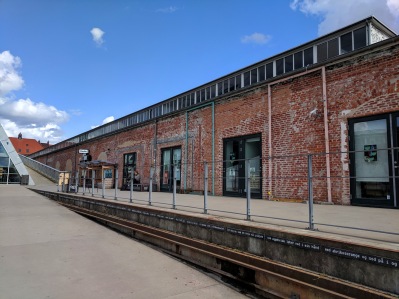 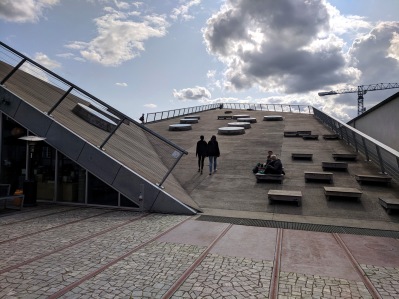 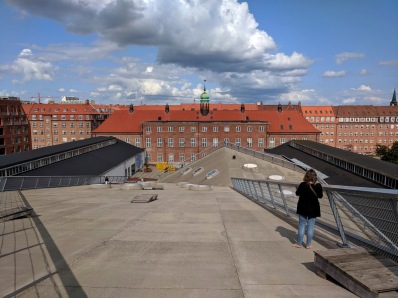 In its transformation the building keeps both its rugged heritage as well as its Neo-Baroque forebuilding, presenting several faces to the city.  Forming a giant U, that elaborate forebuilding and the adjoining warehouses were both preserved, while a new and rather fanciful addition nestles within the base of the U.  Appearing as a series of angular forms and ramps, this new bit houses the main theatres and all the connective tissue, such as the lobby, café, and a courtyard.  A courtyard that connects to the roofs, allowing full access up and along those angular ramps, doing triple duty as a lookout, seating, and another venue for performances. 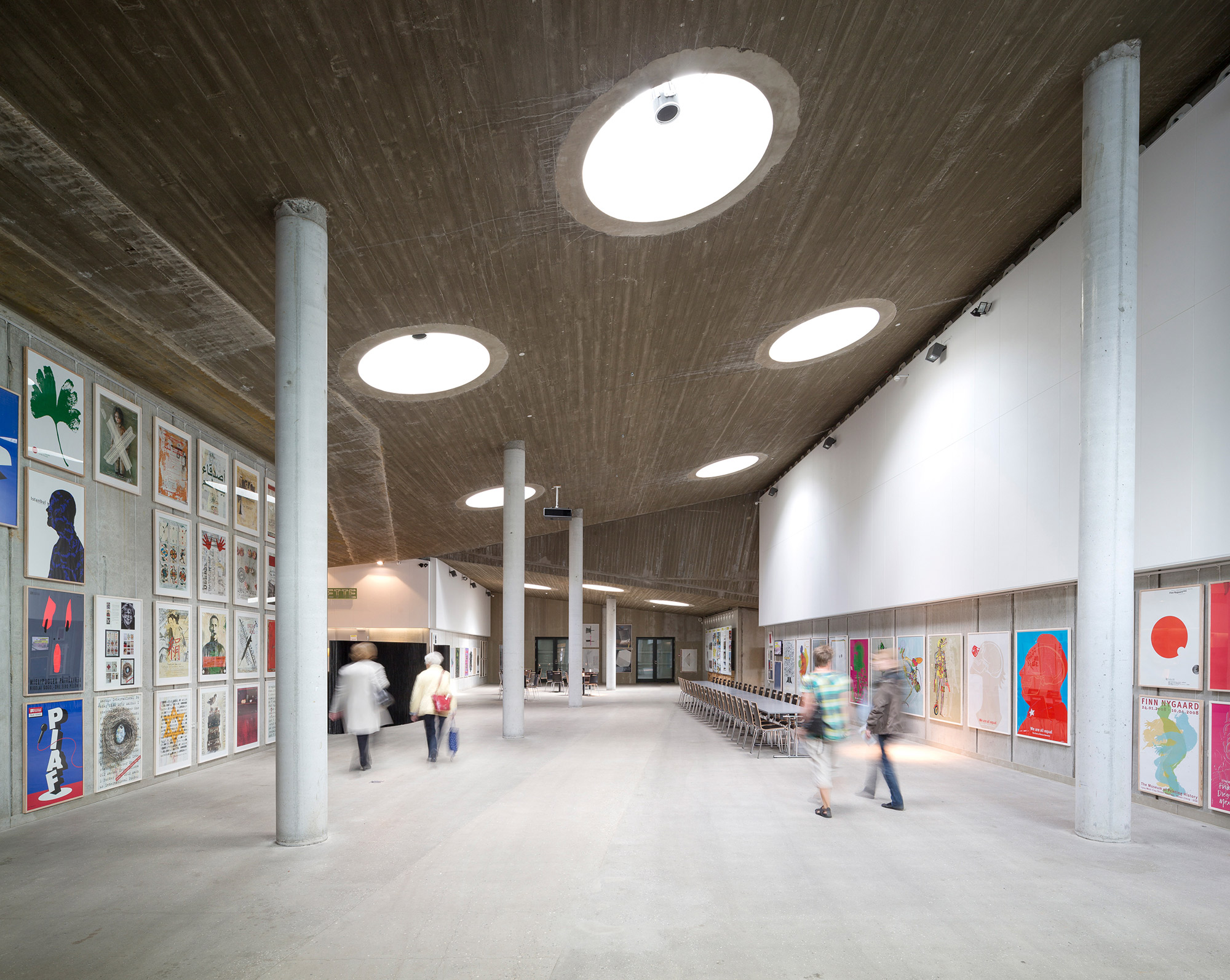 Inside, the addition the muscular facets of the addition’s angular forms create dynamic and interconnecting spaces that are further punctuated by overhead oculi.  Meanwhile the amazing curved wooden structure of the original warehouses continue to march in succession into the distance along with the equally amazing continual light monitor.  Galleries and workshops are enclosed within slightly sculptural insertions into the existing space.

I totally love it.  From the luscious and aged red brick to the rough concrete wedges, from the massive wood supports to the slick gallery walls, all wrapped up in a great play of light and form and shadow.  Not to mention the diverse nature of the cultural centre itself, and the vibrant heart it gets to play for an entire area that will soon include a School of Architecture.  It’s a fabulous example of repurposing something existing to create something even more amazing, taking the time, energy, detail, and beauty of the past and enhancing it through something equally detailed and beautifully thought out and crafted.  Great stuff!