The new Amos Rex Gallery in the heart of Helsinki is pretty cool.  Not the least of which because the building that surrounds it was co-designed by Vijo Revell – the architect who designed the Toronto City Hall! 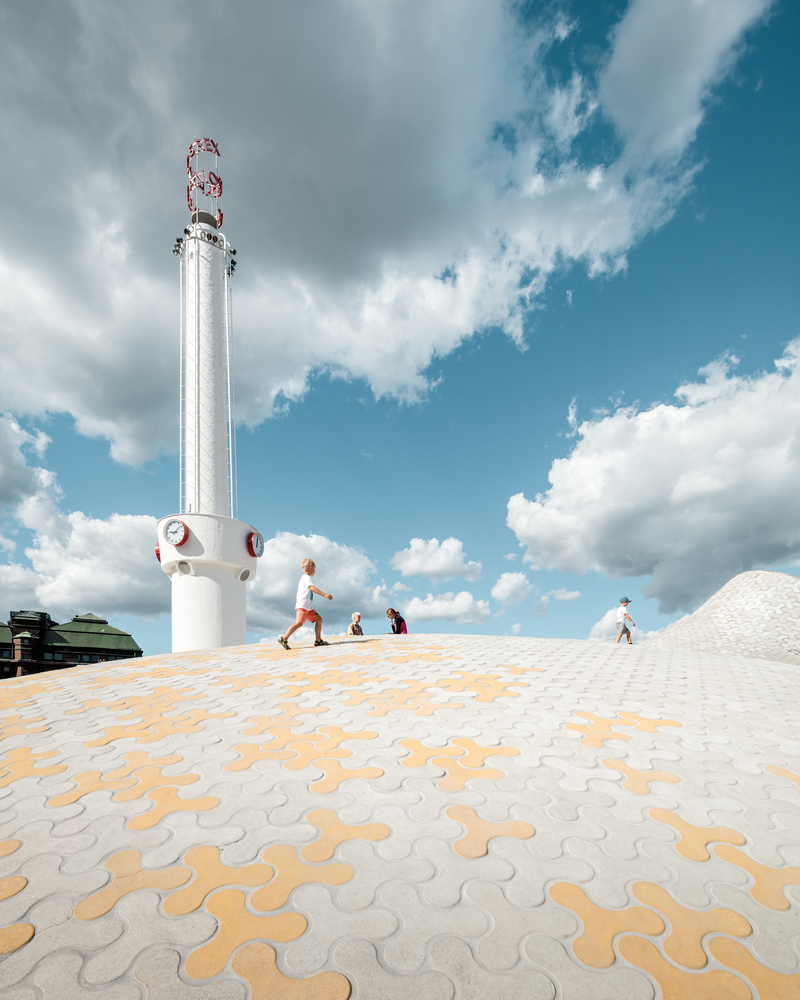 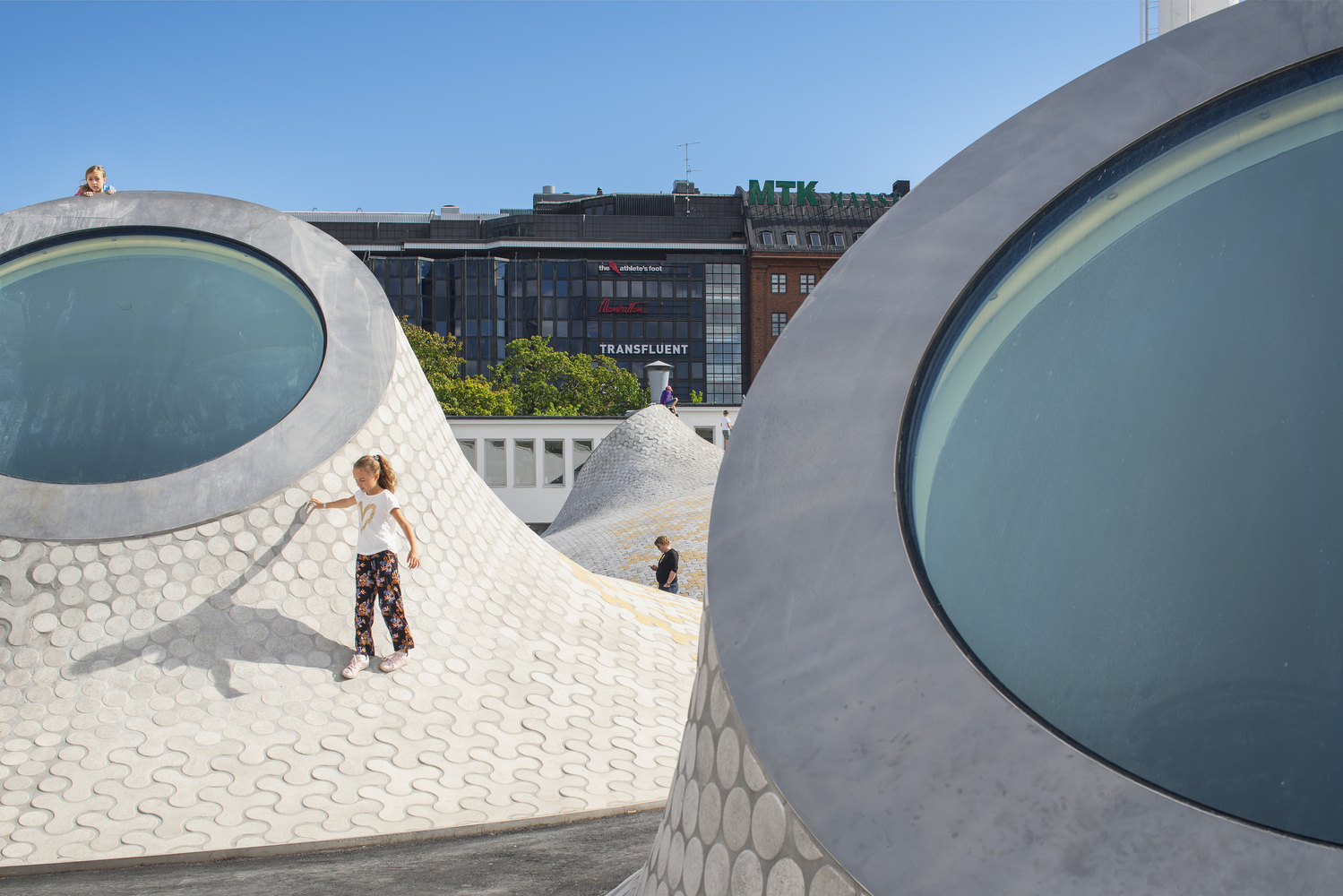 Even without that tie to my hometown city, it’s still nifty in its own right.  Built to avoid disrupting both an existing plaza and the surrounding buildings – including the lovingly restored 1930’s era aesthetic functionalist building designed by Revell that contains shops, restaurants, event spaces, and a theatre – the museum is built underground, beneath the plaza, keeping it part of the urban fabric and open for continued public use.  But it doesn’t lie quietly or hidden, instead bursting out of the ground in undulating mounds, creating a fun topography of artificial hills and bumps all punctuated by a super tall tower.  Reminiscent of a lighthouse, the tower in actuality serves as a passive ventilation shaft.

The entry to the museum is by far one of its most dramatic moments, with a wide angled staircase creating a simultaneous bifurcated view of the museum lobby below coupled with an eye level view of the plaza.  It’s trippy and prepares you for the area below, with its arching ceilings matching the landscape forms above, all culminating in windowed occuli that allows the spaces to be naturally lit whenever appropriate. 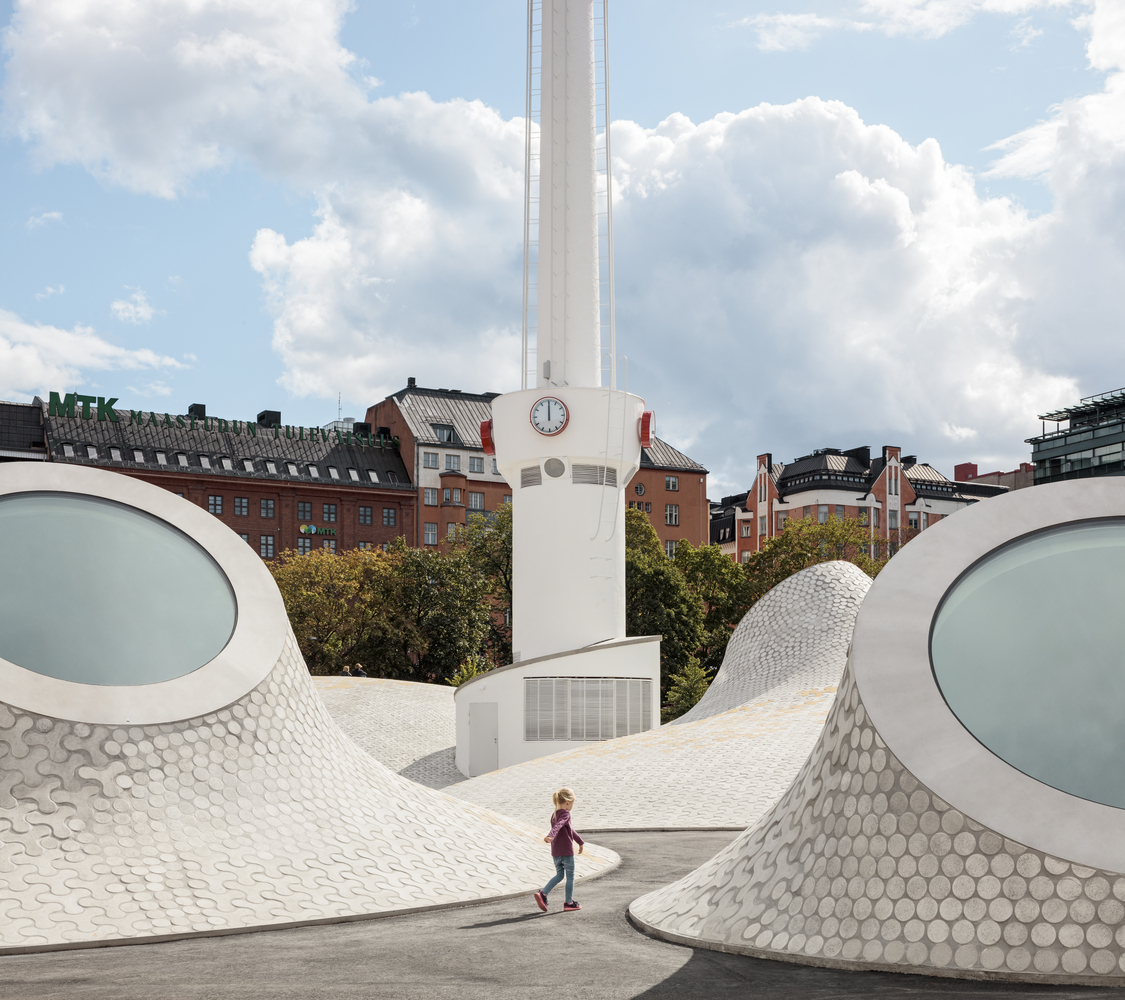 Great little addition to the city, a new venue that totally both preserves and enhances the old. Nicely done.