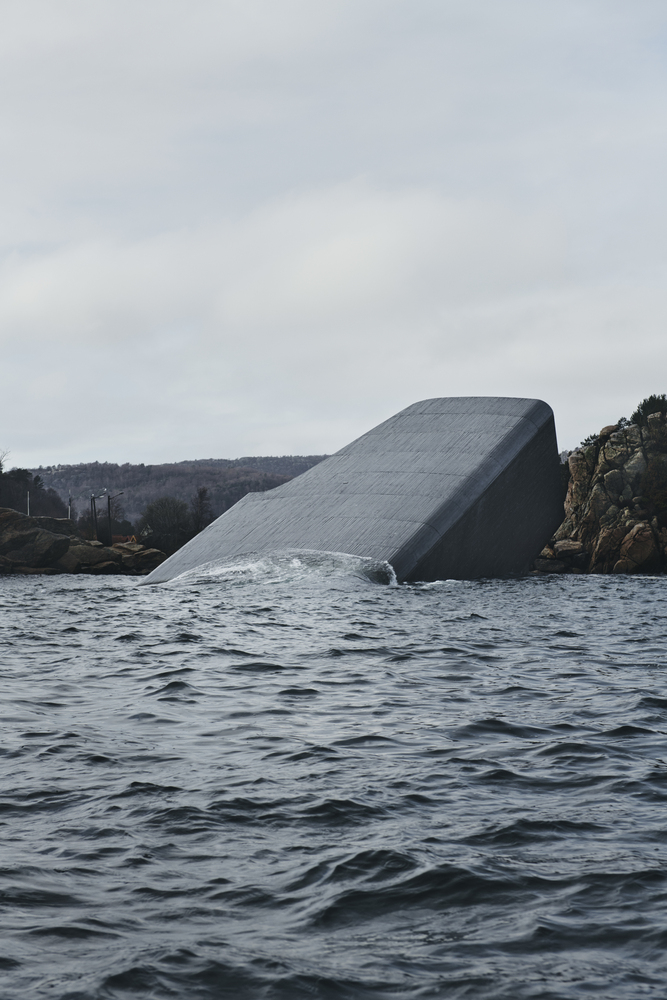 This is not an accident.  It is not a truck that drove into the sea.  It’s not a beached whale either.  It is a restaurant, appropriately named “Under.” 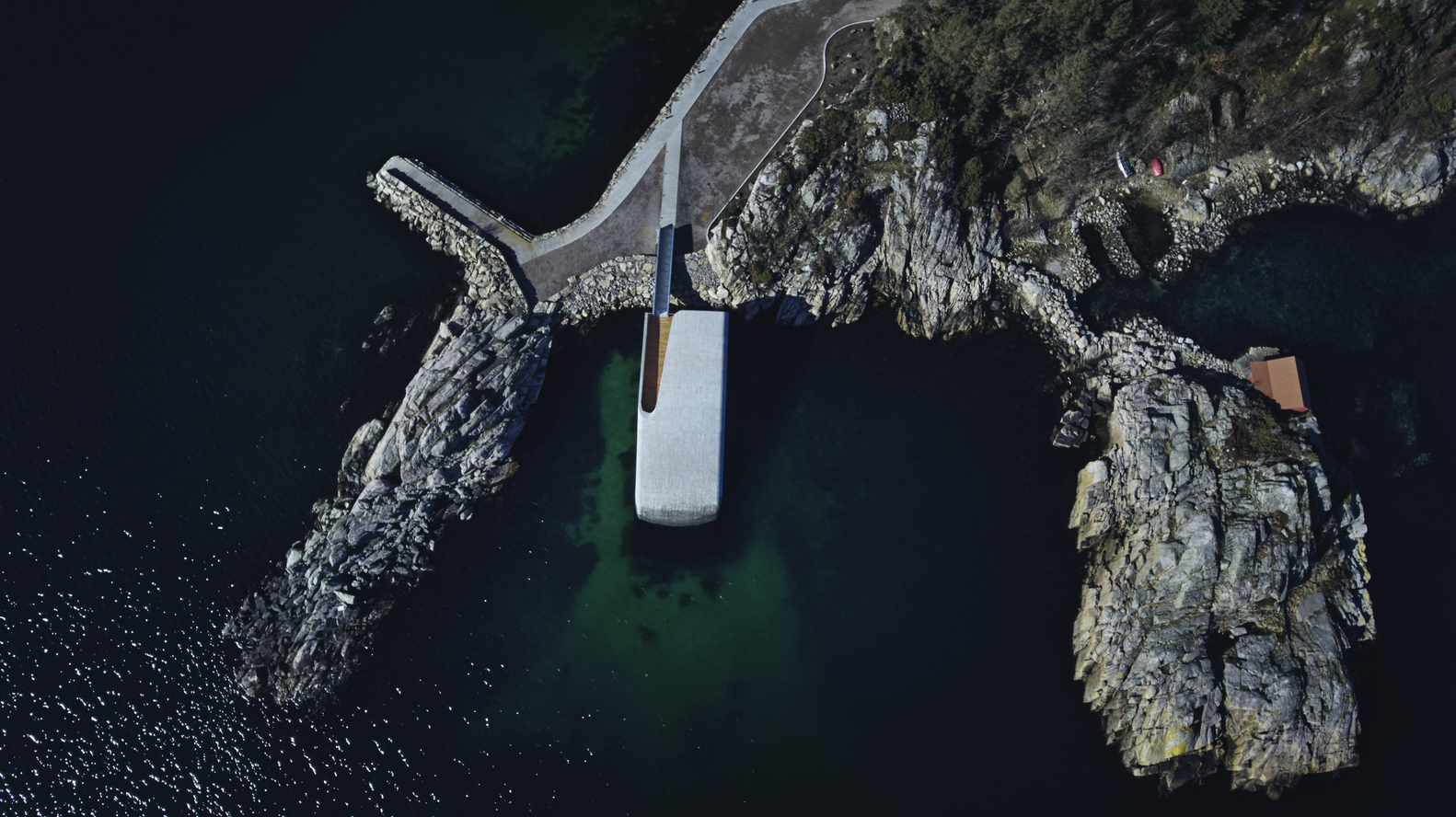 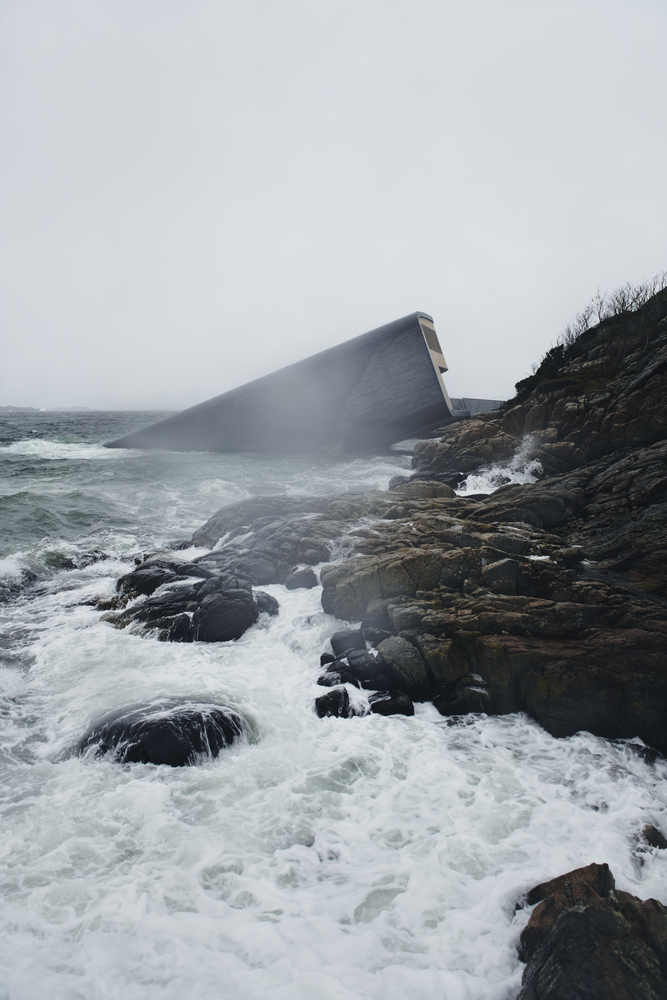 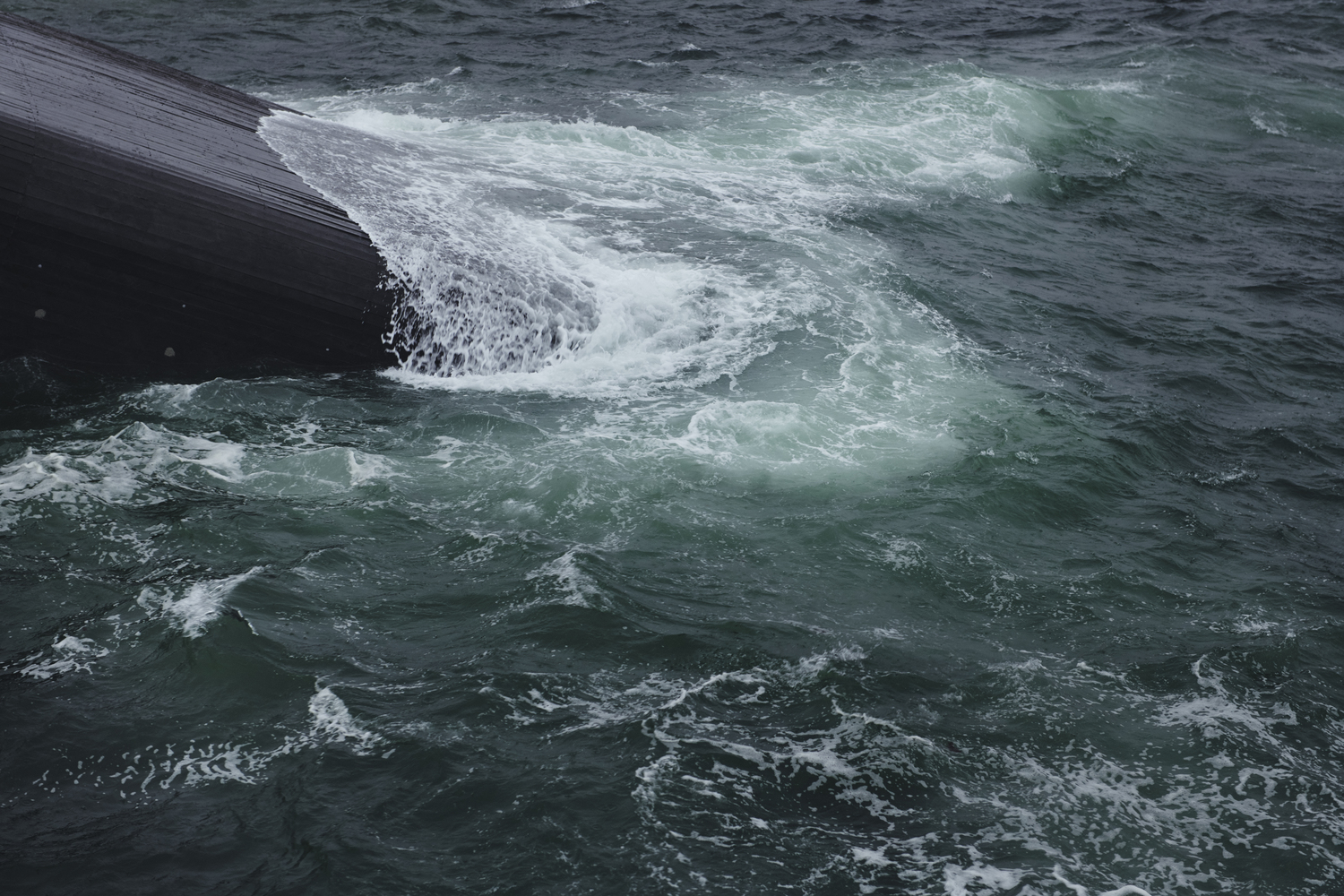 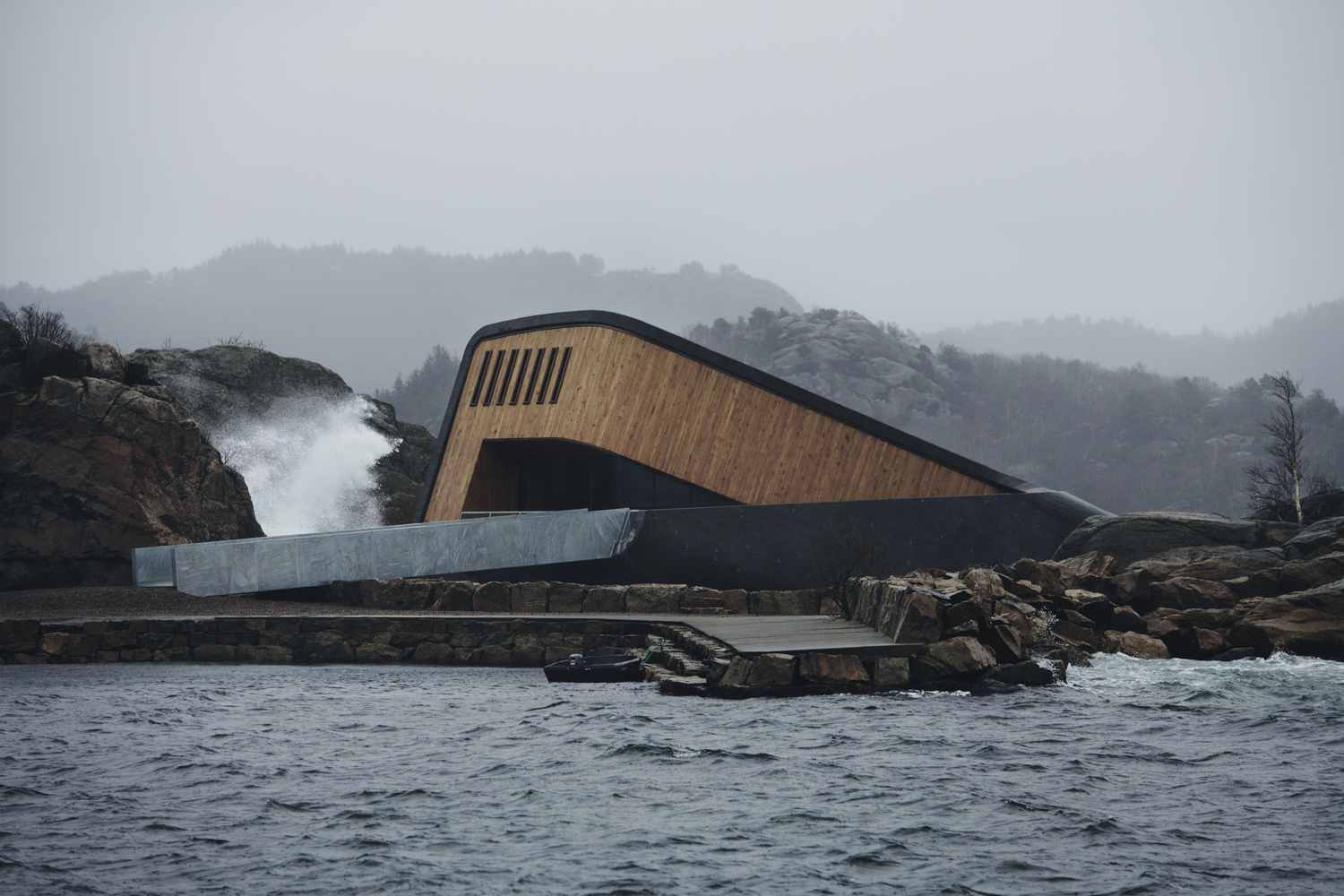 Just recently completed (and, alas, too far away for me to visit on my equally recent trip) at the southernmost point of Norway, the angled concrete tube that forms its shell pokes its head above the waterline like a rising sea creature.  On one face, the concrete is peeled back to reveal rich oak siding, where a bridge spans the gap between the shoreline and this entrance.  Battered by frequent storms (often several per day, lasting a few hours before becoming calm once more), waves crash across its surface like a kinetic sculpture, bringing witness to the marvelous power of nature. 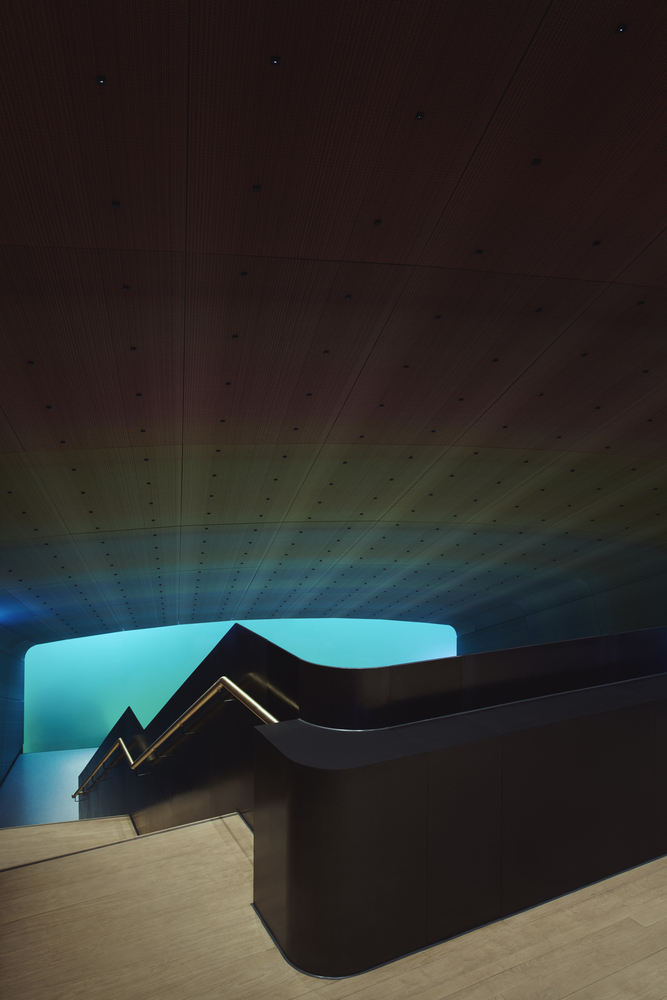 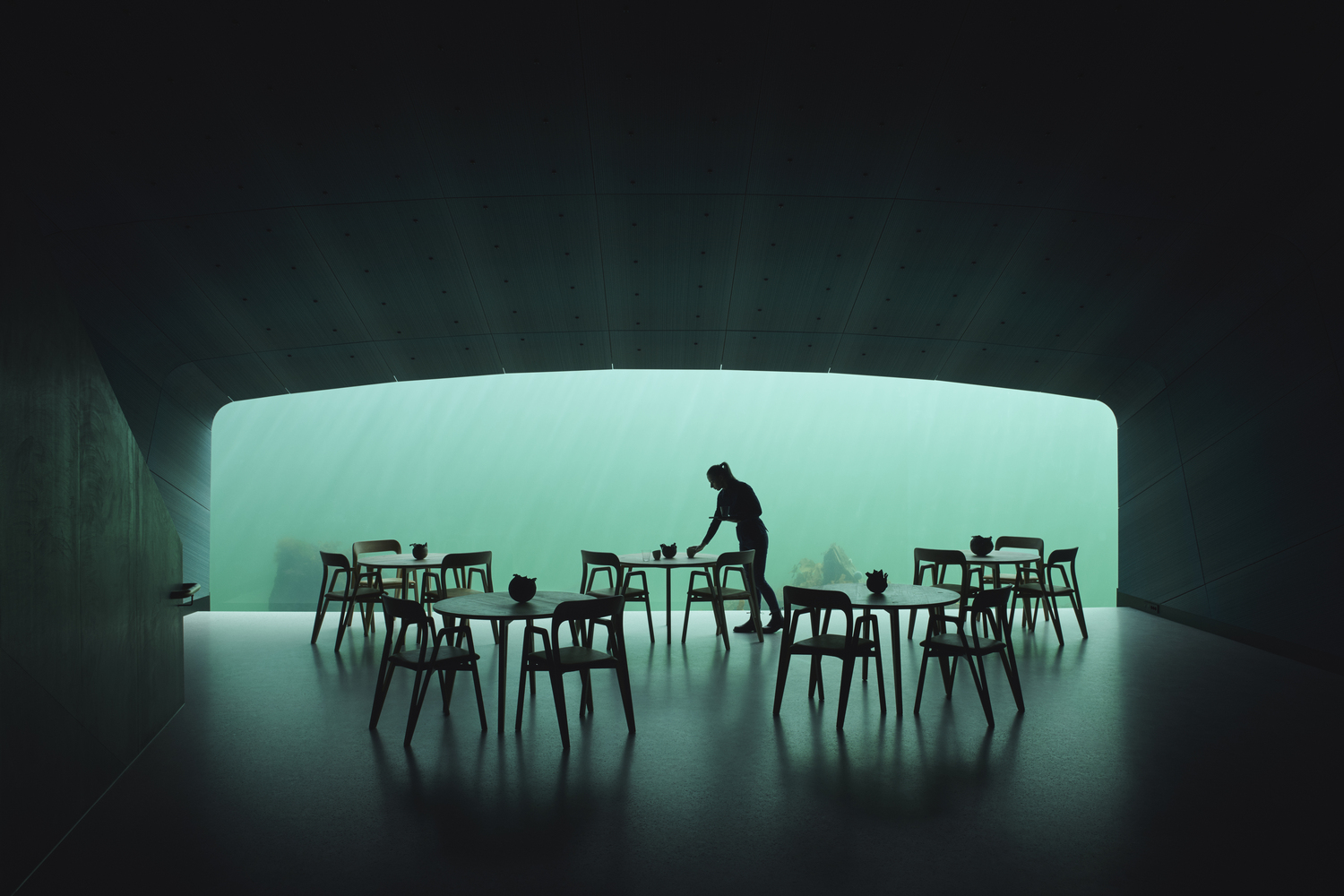 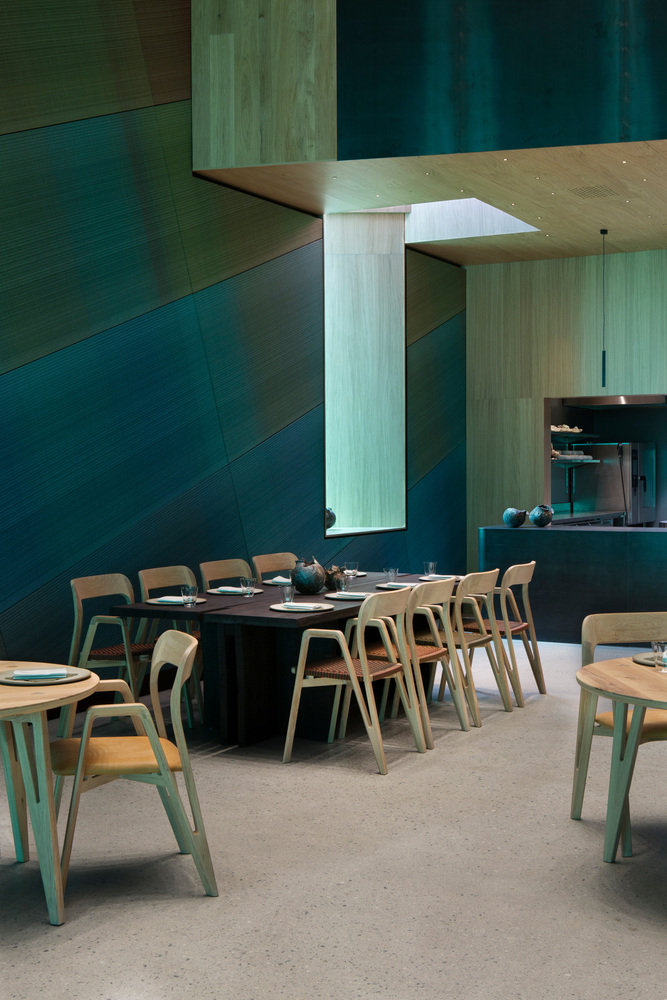 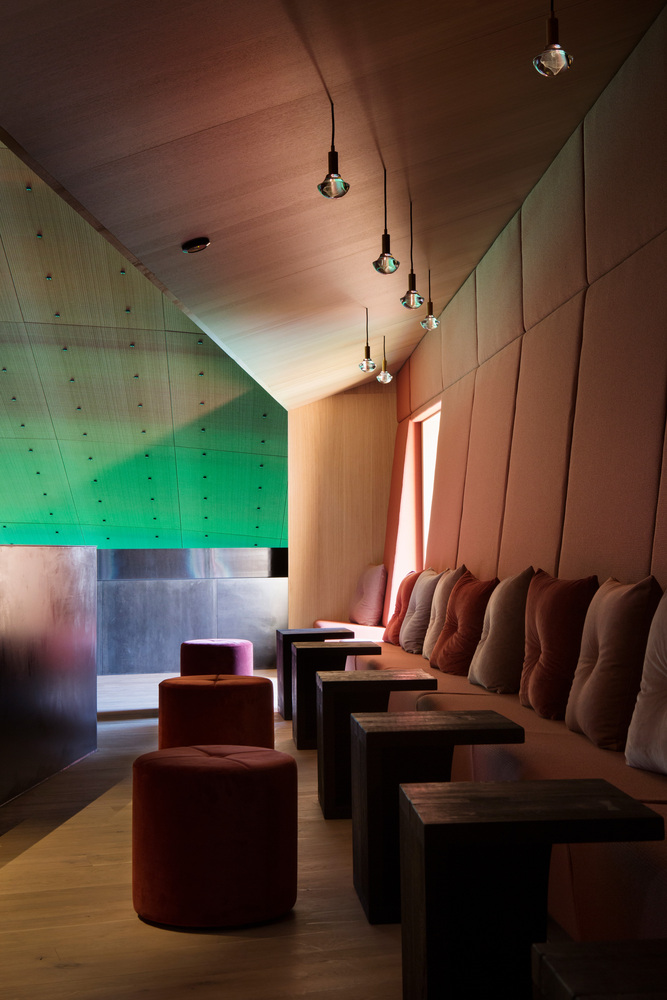 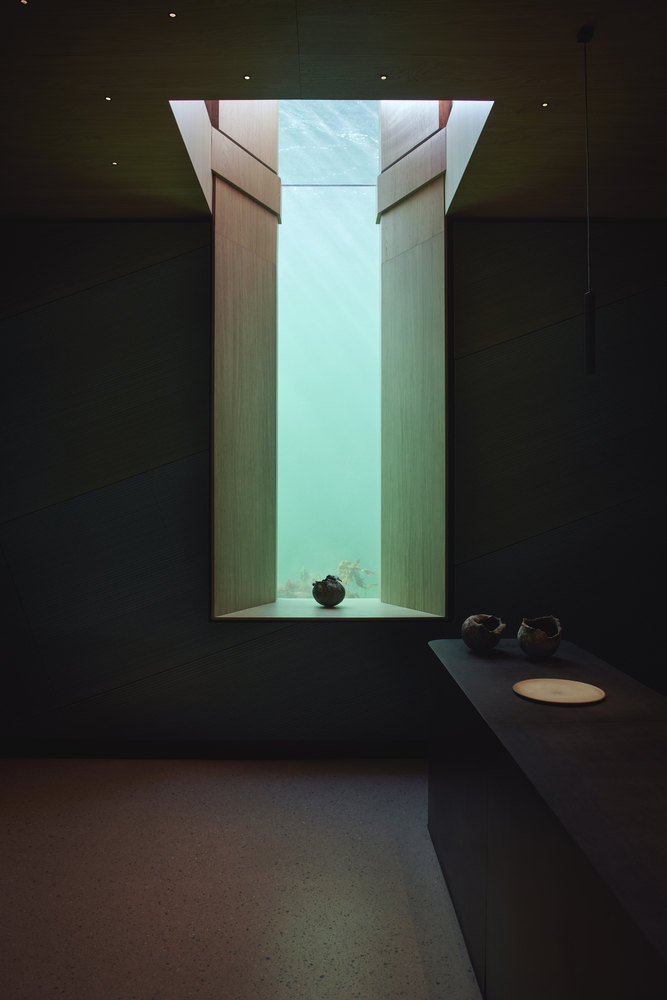 Inside, things take a serene turn.  The reclaimed oak paneling transitions to fabric wrapped panels as you descend past the bar and towards the restaurant, with colours slowly changing from pink to coral to green to luscious midnight blue.  But, situated at the end of the subtly curved tube, it is the window that most catches the eye.  Enormous, it looks out onto the shallow depths to give a stunning glimpse of the highly varied marine life that exists in this tidal pool.  A second window slices vertically along the side of the bar and mezzanine, extending from the sky to below the sea, the tableau changing hourly with the rise and fall in the weather. 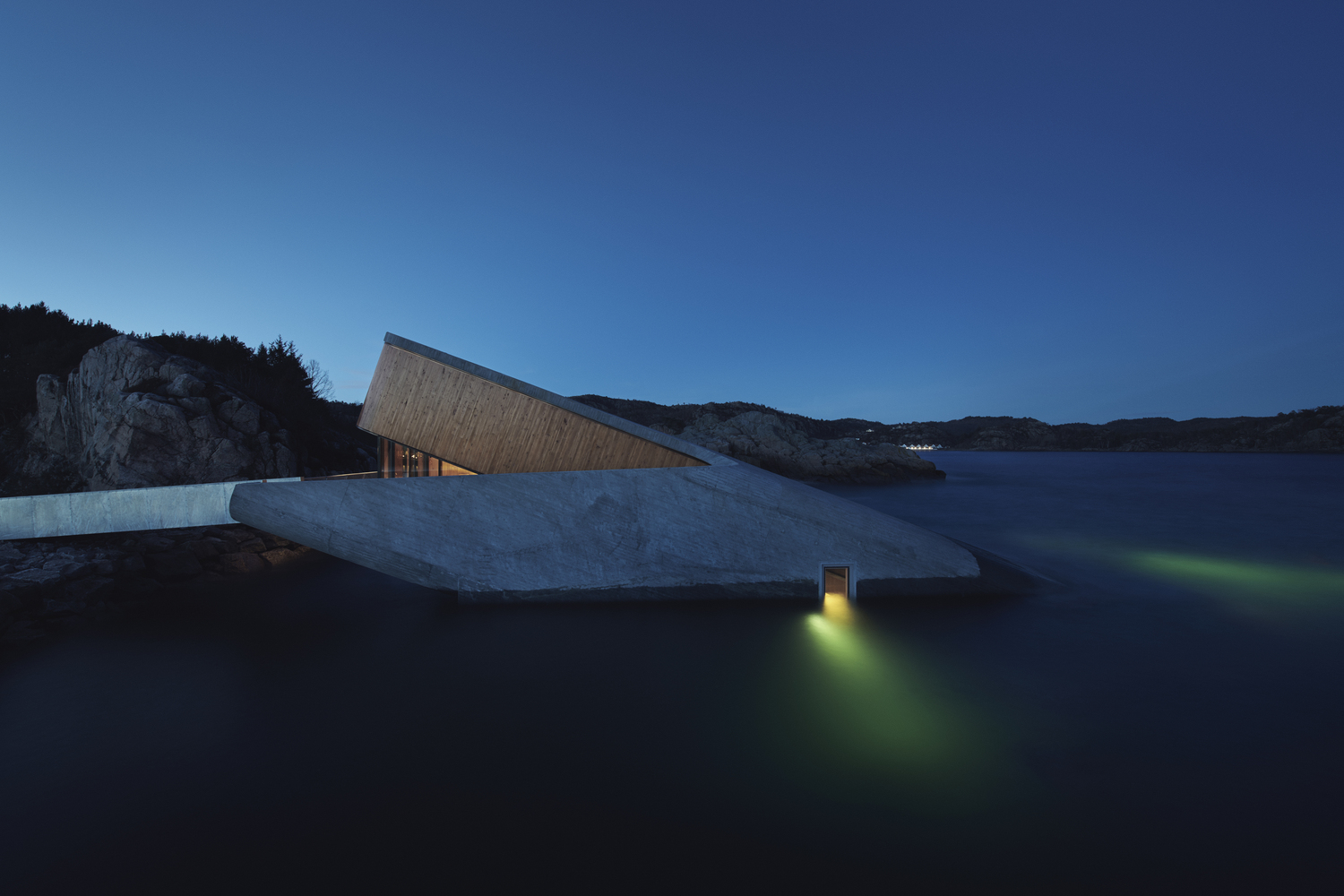 This is definitively theatrical architecture, but not in a way that I think is pejorative.  It takes an idea, an interesting concept, and uses it as a starting point to develop a design that is more than the sum of its parts, and way more than just a “gimmick plus a box.”  It is done with care and with an attention to detail that makes for a stunning space.  Great stuff.

Under by the amazing folks (and still one of my favs) at Snøhetta.