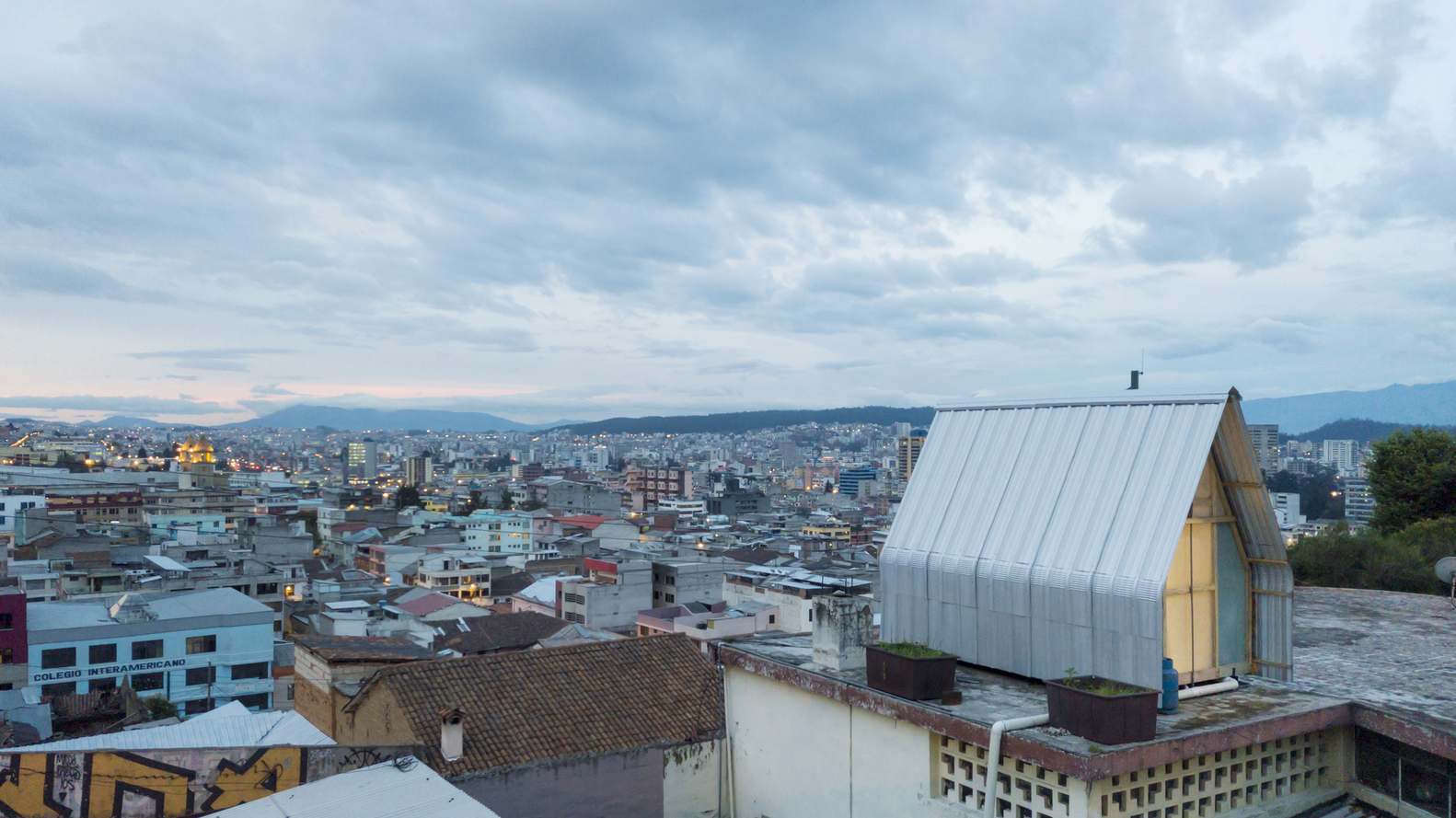 This one for sure can be filed under the category of tiny house (it’s about 12 m2/130 ft2).  But interestingly it’s also perched on a roof of an existing building – a demonstration of reclaiming leftover spaces to create something not only valuable but that could also be rendered beautiful. 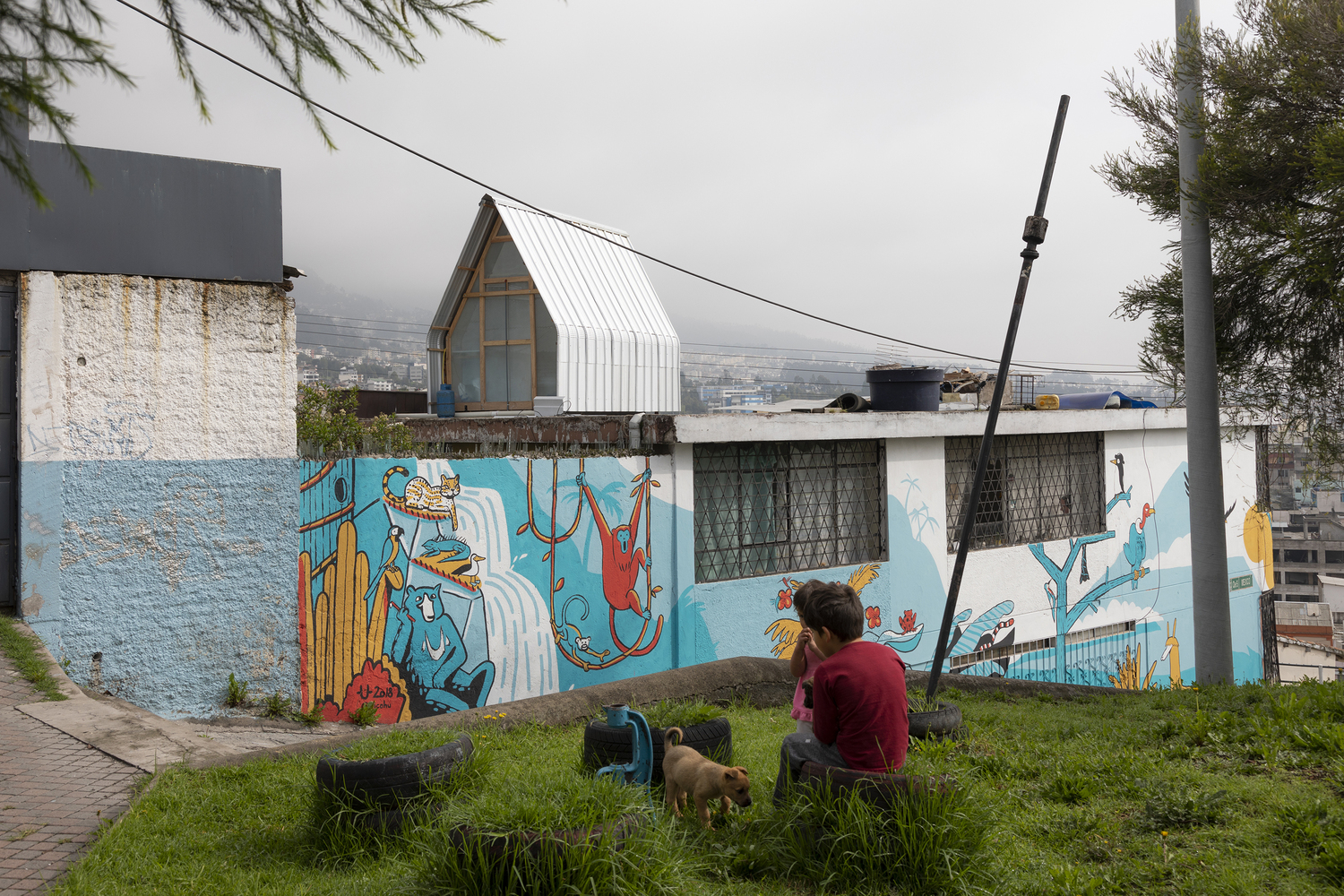 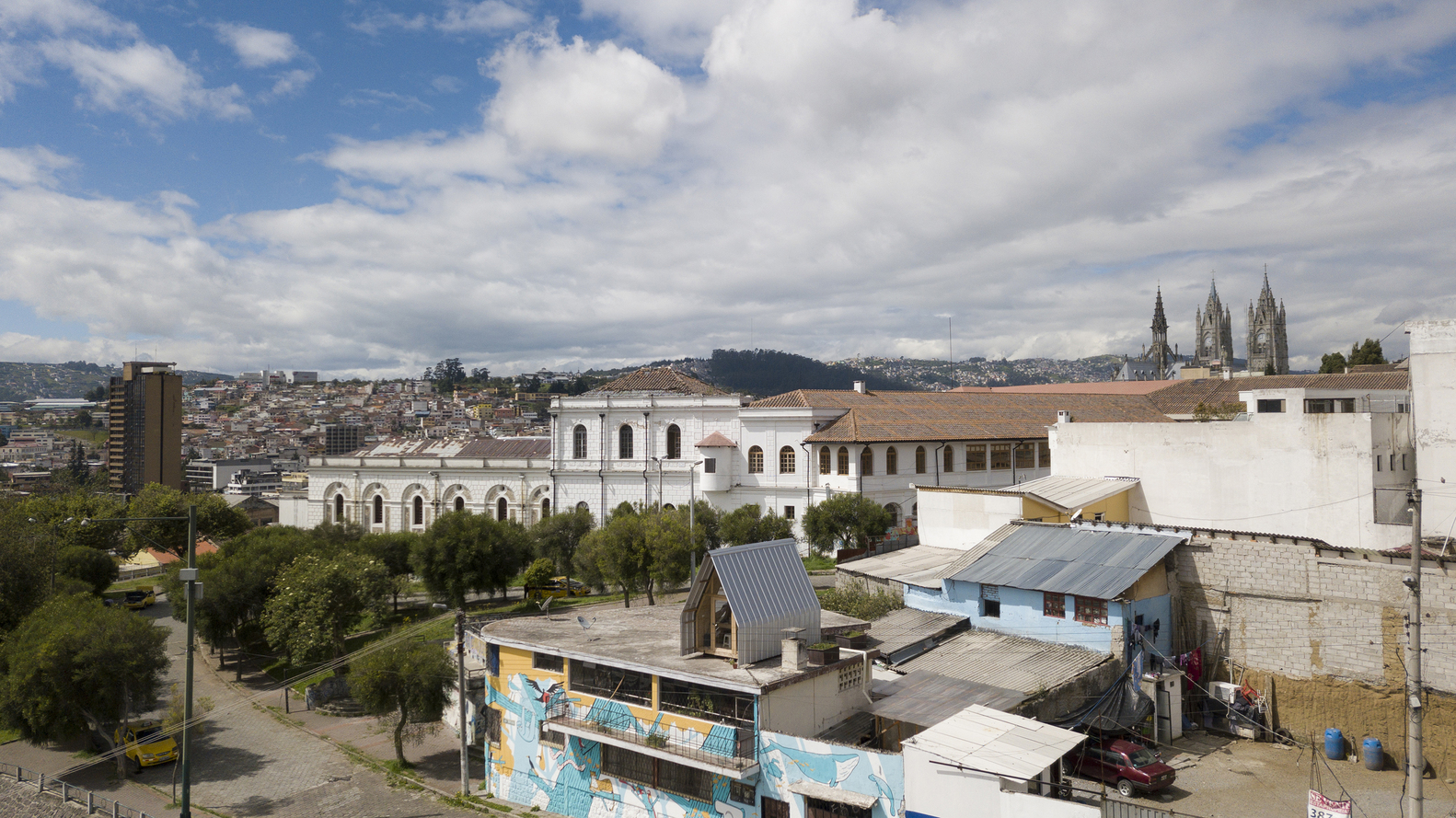 The simple bent A-frame structure is covered in a gleaming seamed metal roof that reflects the sky during the day and the urban lights at night, while the twin glazed ends (one clear, one frosted for privacy) turns the house into a lantern and beacon in its own right.  It’s also quite elegant, a shapely little folly that slides unobtrusively into the skyline. 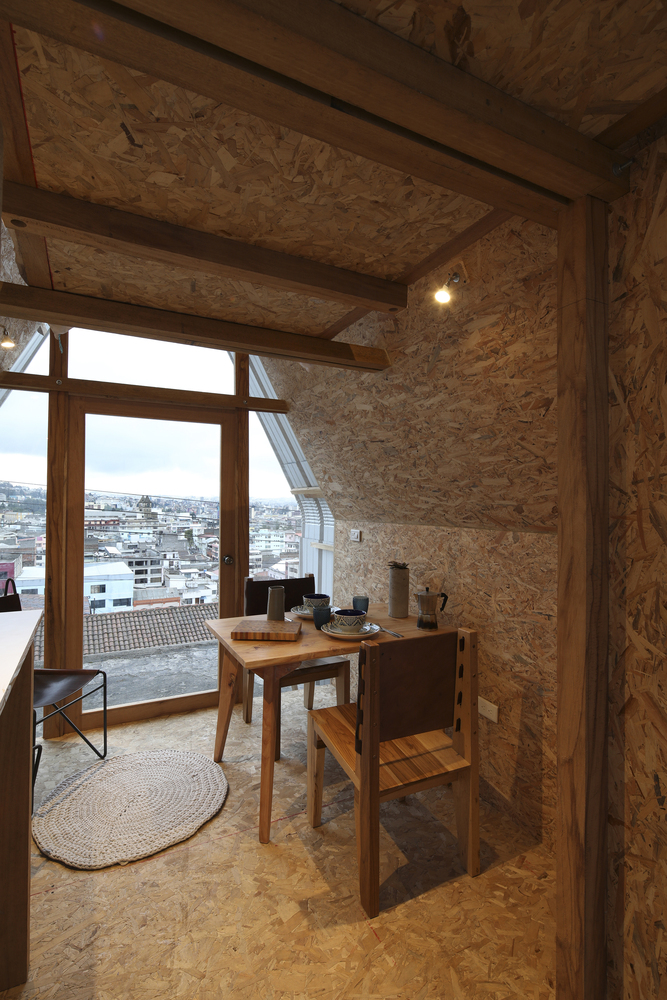 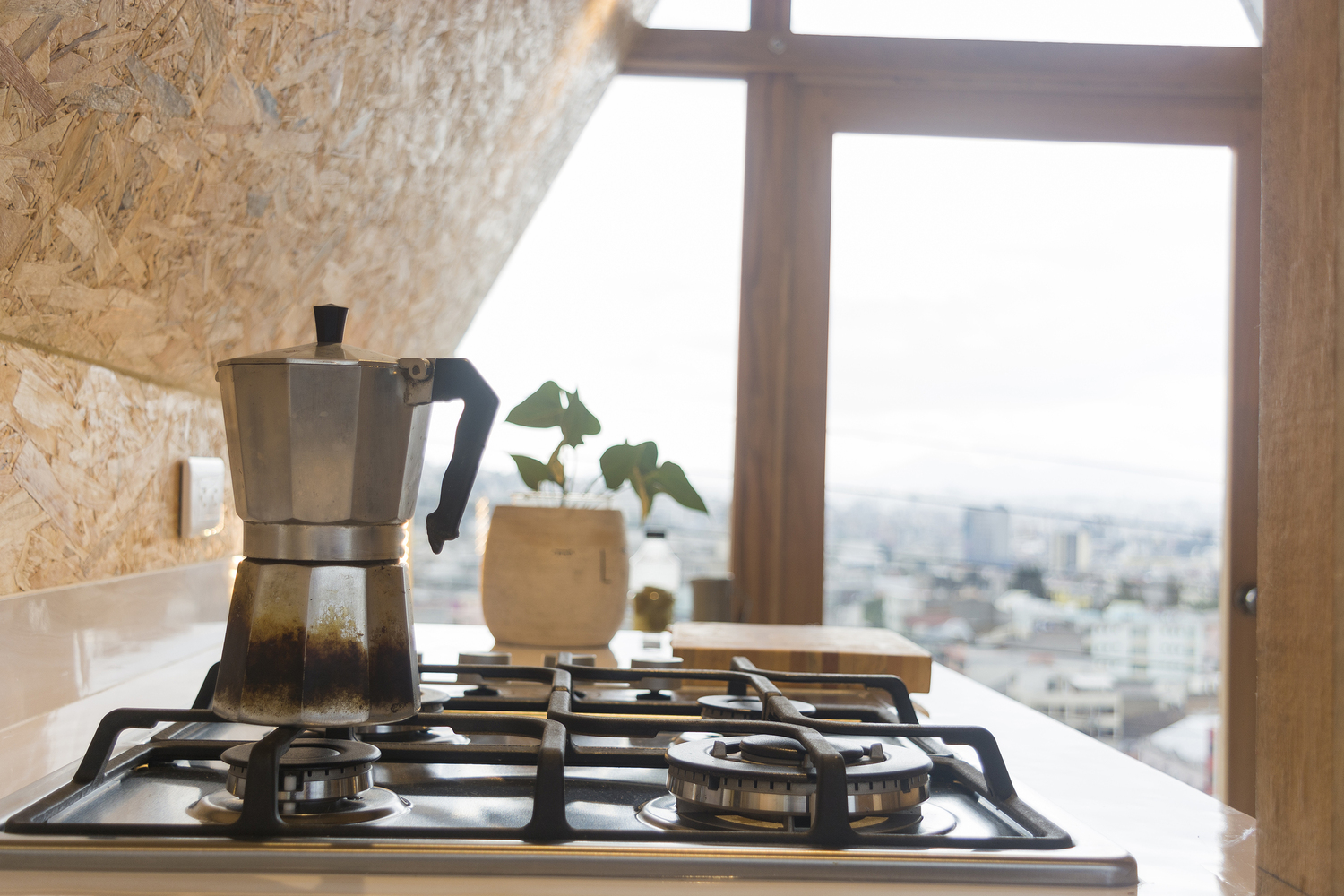 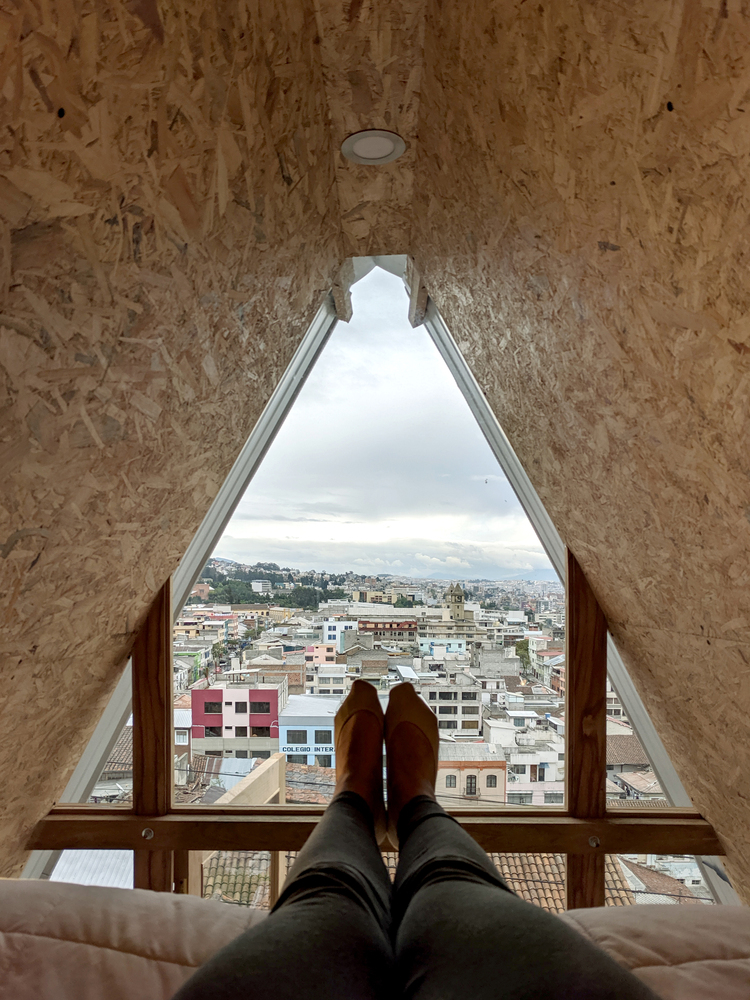 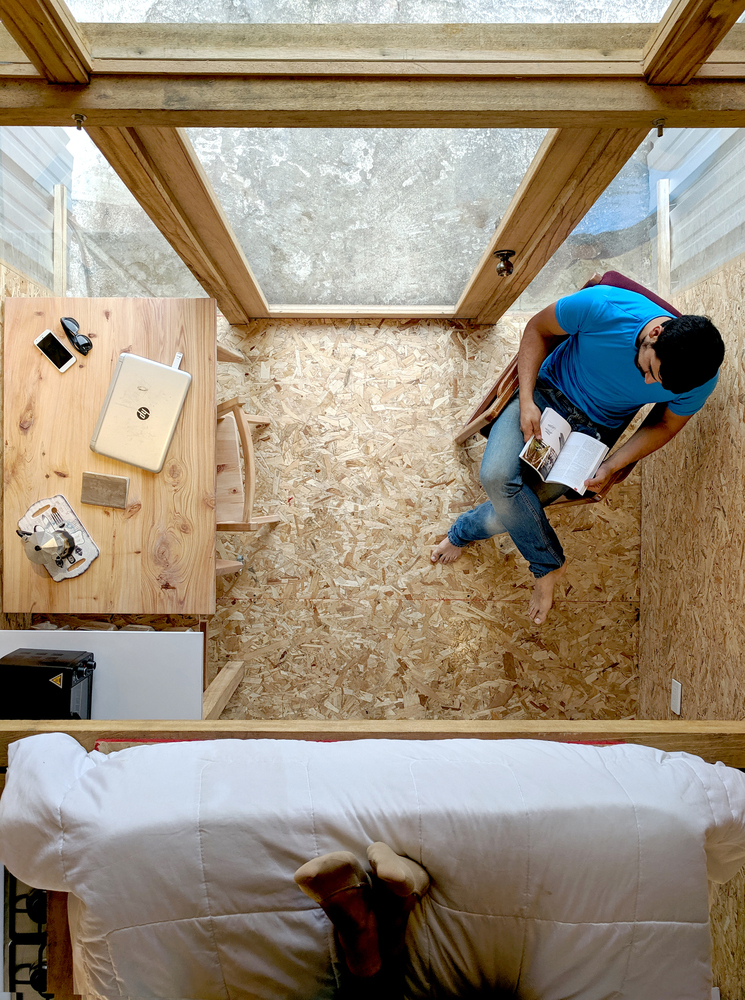 For this first version, things were kept simple on the inside, with an exposed wood structure and paneling that contains coconut-based insulation.  A rectangular core near the back contains the major utility functions for the house, making the most of its small space.  This leaves the living space and loft above to open upwards and outwards through the full-height window that offers views of the mountains beyond.  With windows at both ends of this small house, it is an understatement to say that it is suffused with light.  At the same time, its opaque side walls, along with the porch-like overhangs at both ends, prevents glare overload while also keeping the house from overheating in the equatorial sun. 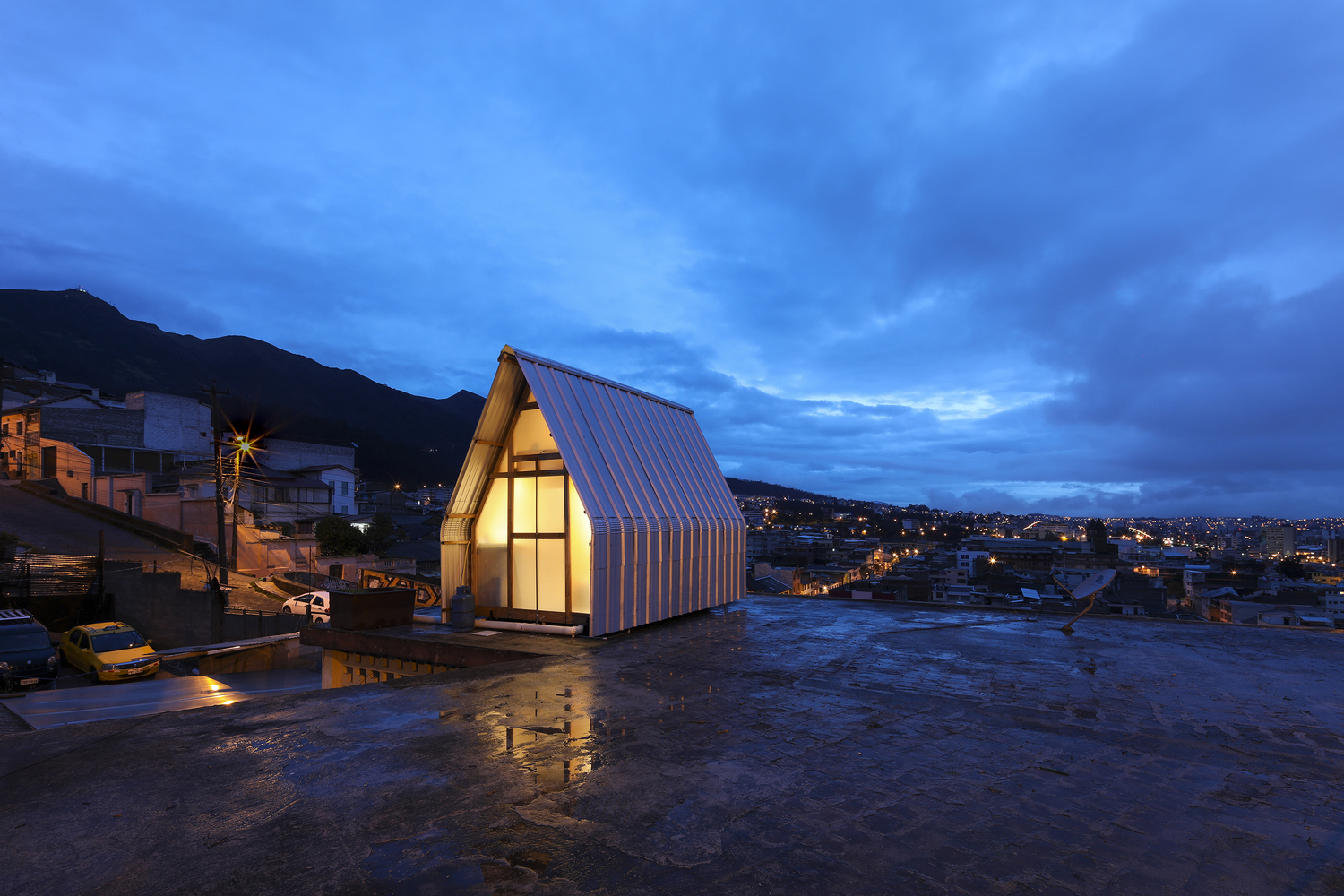