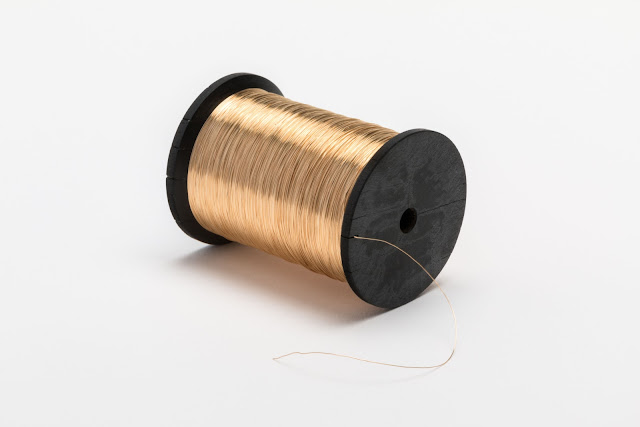 This is an artwork by artist Sonya Clark, named Gold Coast Journey.  Finished in 2016.  It is 5,000 inches of gold wire spun around an ebony spool.  Clark carefully wrapped the wire as a way to measure and try to grasp (and perhaps symbolize) the 5,000 mile distance between Richmond, VA — which was both the seat of the Confederacy and the second largest port for human trafficking, as well as her home at the time — and the Cape Coast of Ghana, also known as the Gold Coast, were millions of people were captured, bought, and brought across the Atlantic Ocean to be sold, abused, and ultimately enslaved into forced hard labour throughout the Americas.