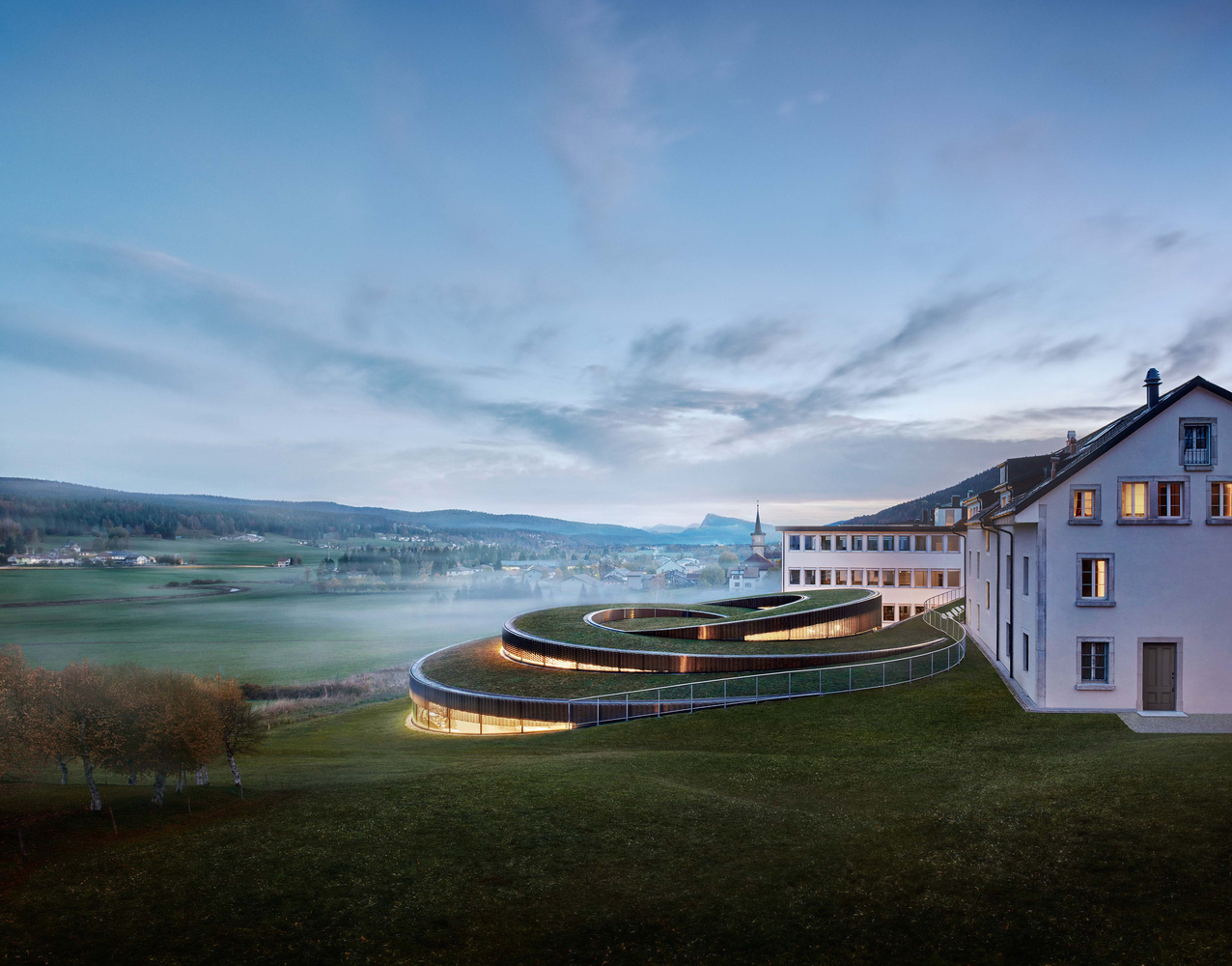 There’s something about this building that I just can’t stop loving.  It’s a museum about watchmaking, rendered exquisitely by BIG in a way that marries the intricacies of fine Swiss timepieces with the landscape and the fields from which they grew. 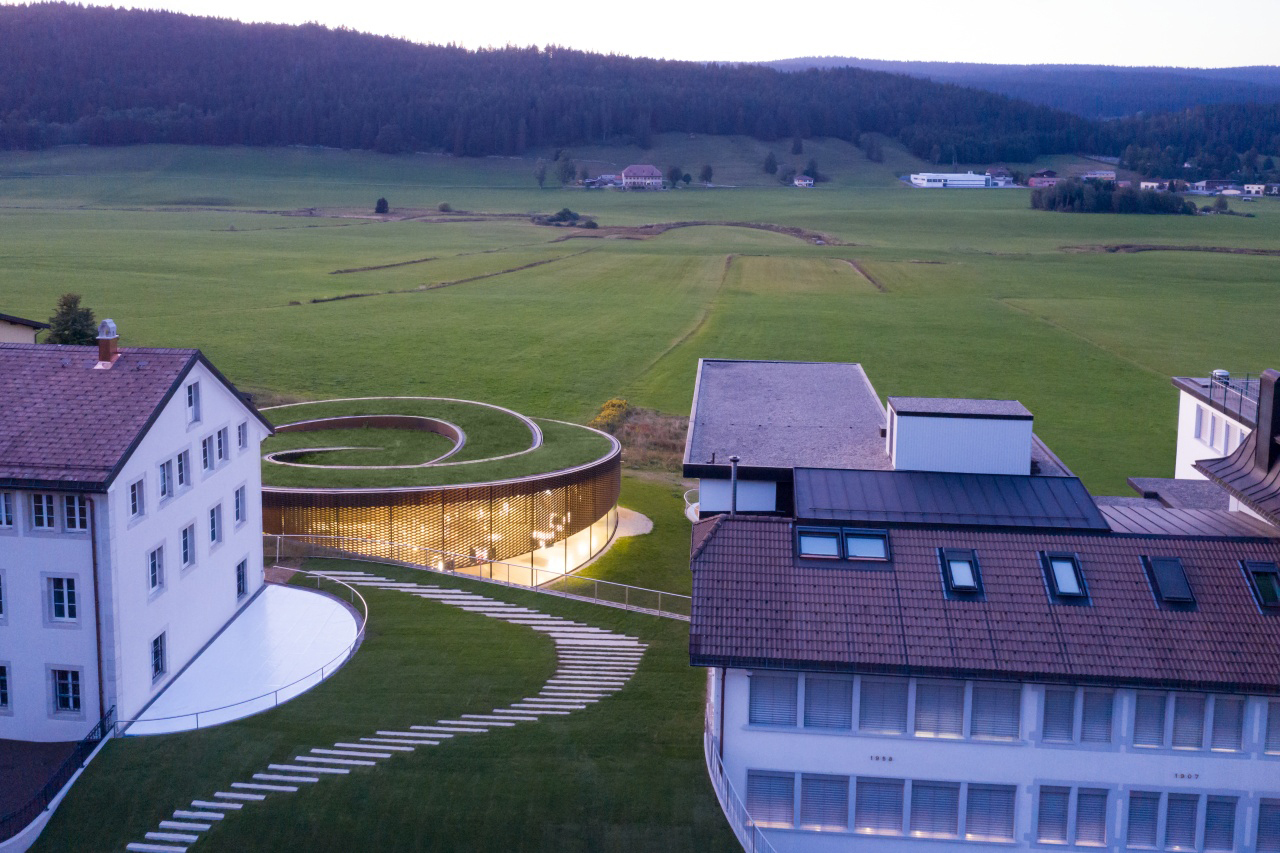 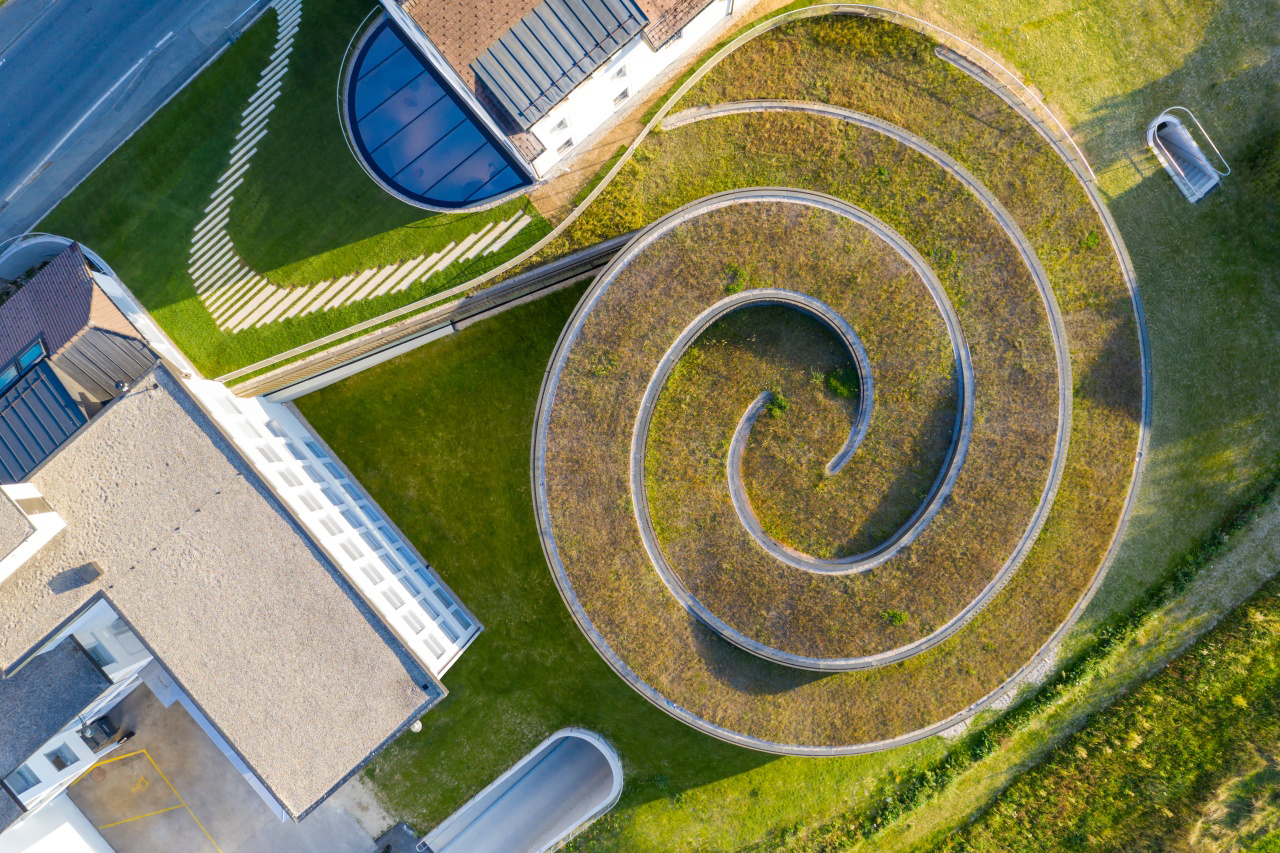 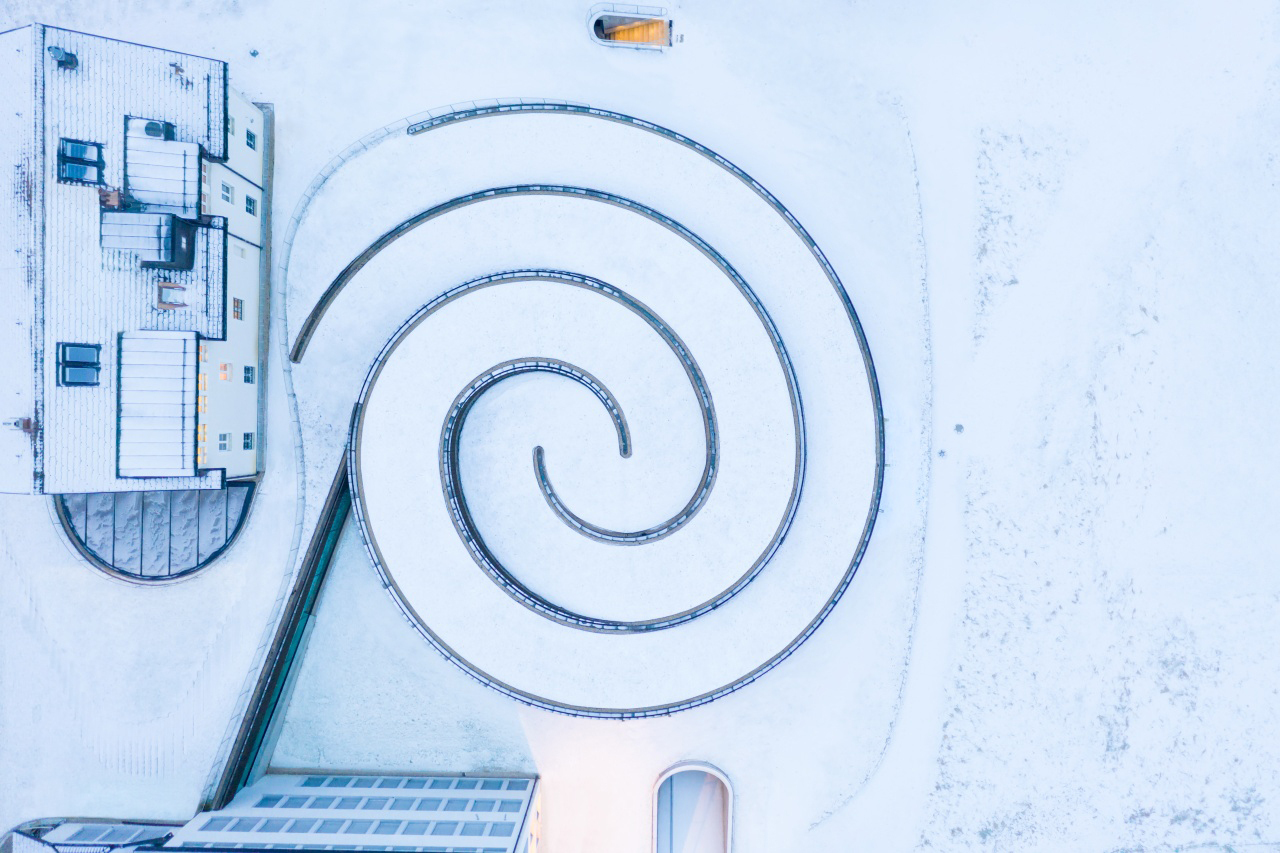 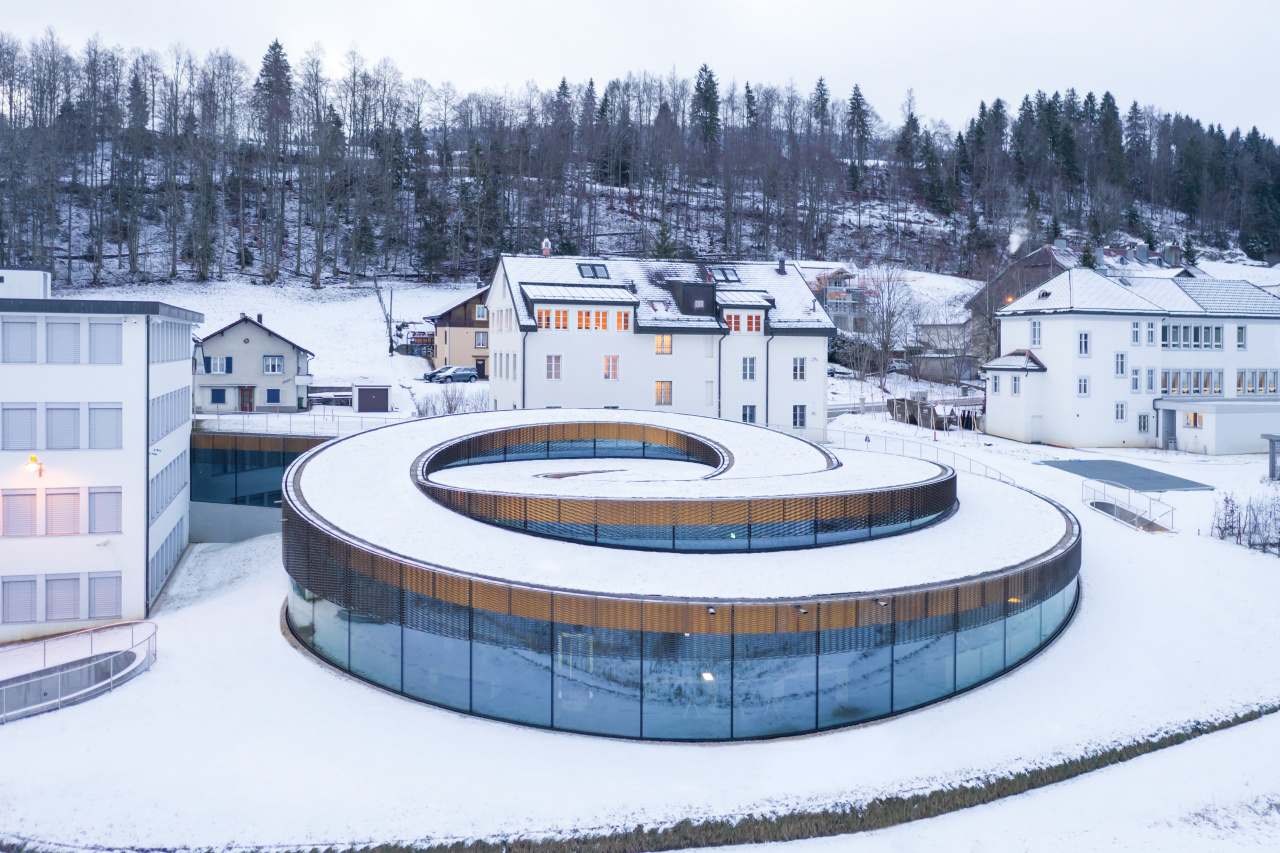 Sunk into a hill, the base plan is of a couple of interlocking spirals.  But it is the roofs above, canted and ramping, that really defines the building.  Covered in the same grass as the hill into which it is nestled, it is as if the ground itself pushed up to create this sculptural form, one that is as striking in the lush green of summer as it is in the white blanket of winter. 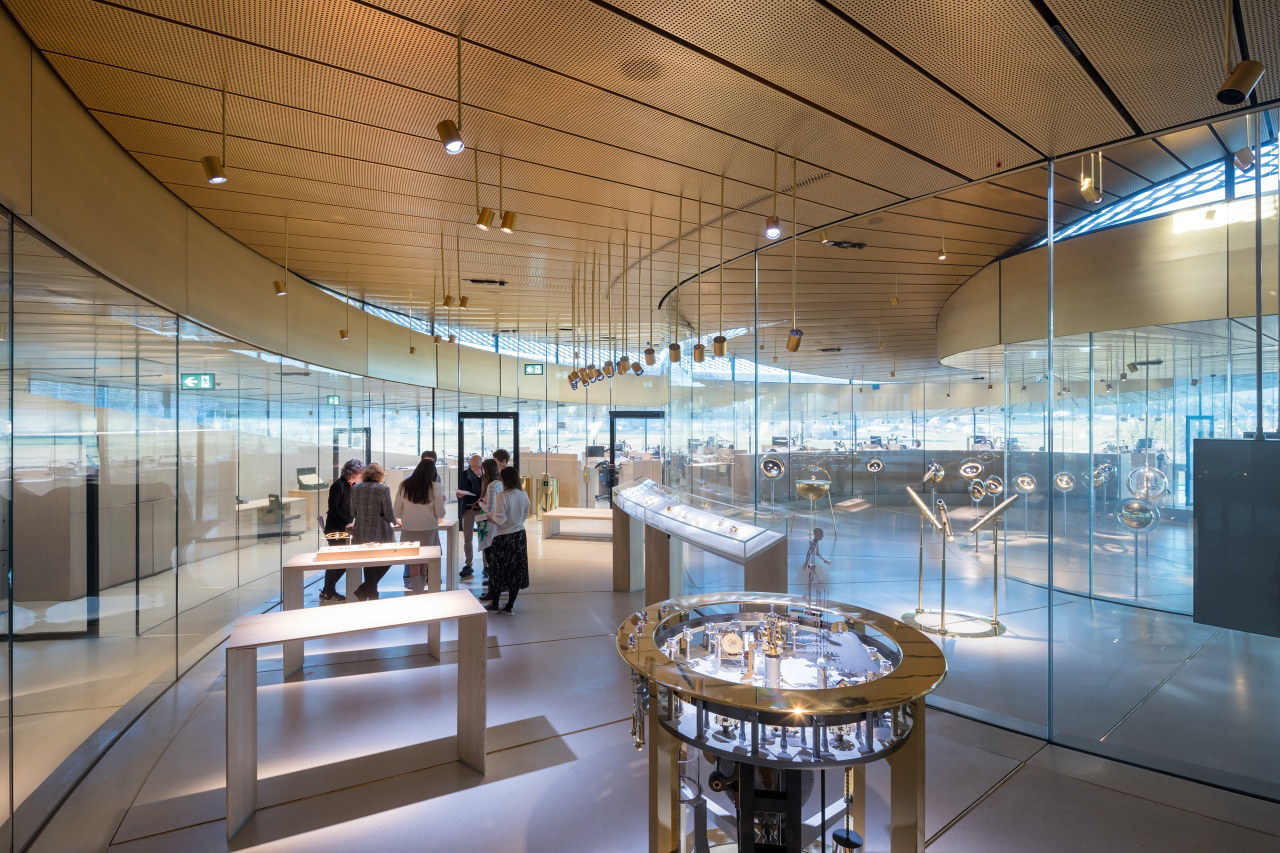 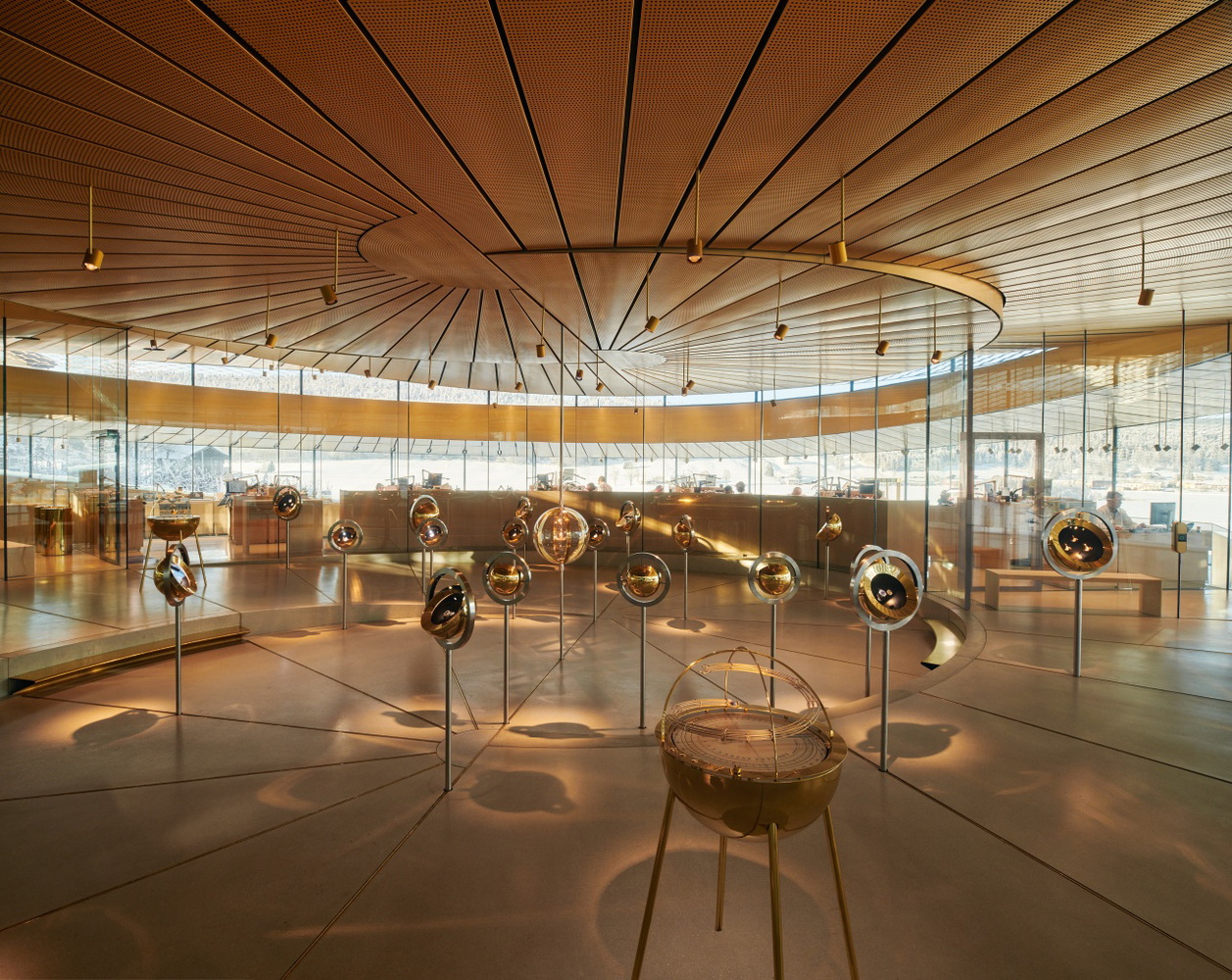 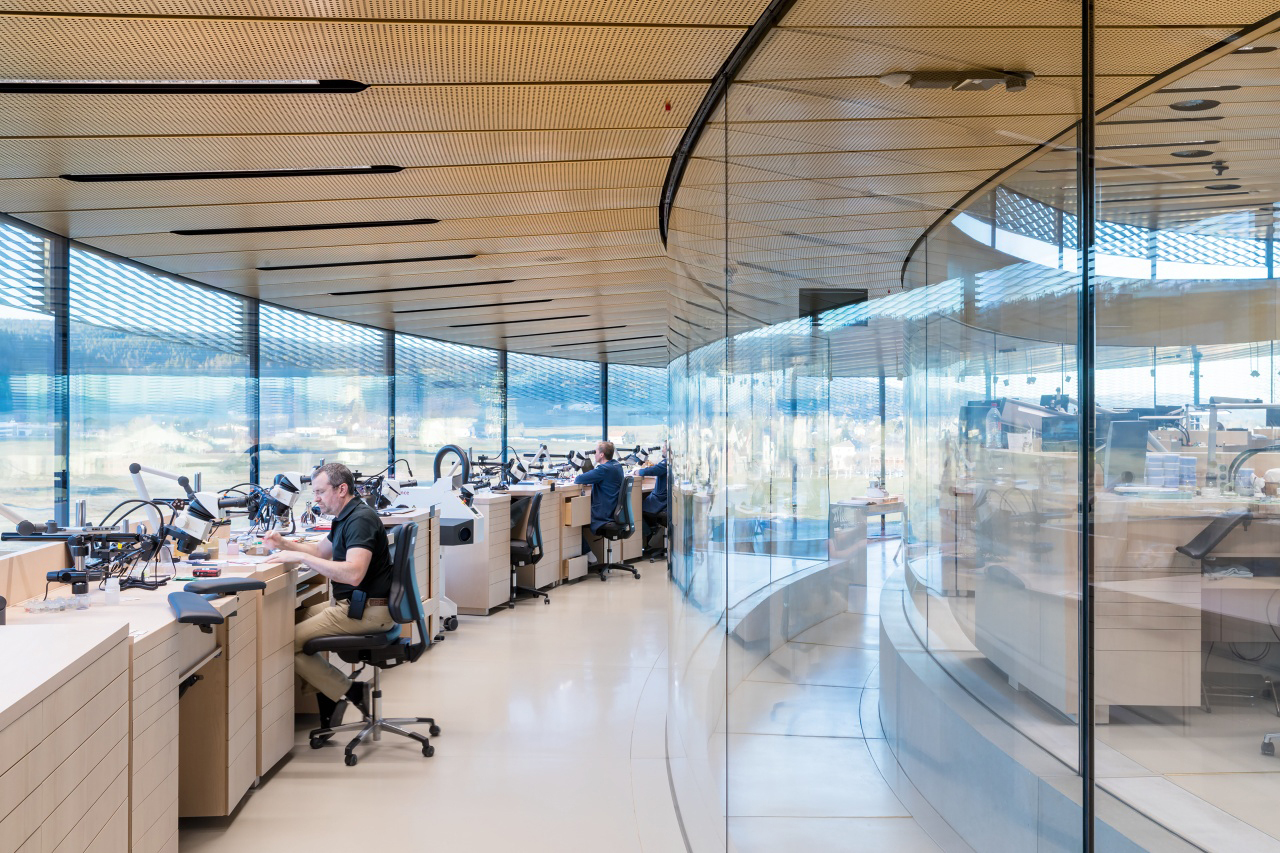 With the ground hovering above it, every wall is made of glass, both inside and out.  This makes for a rather kaleidoscopic experience travelling through the museum to view the exhibits, further amplified by the highly reflective polished metal ceiling (again, recalling the inner workings of a watch).  And among its outermost ring there is a working watchmaking lab, one that lacks nothing in terms of light, delight, and one heck of a view. 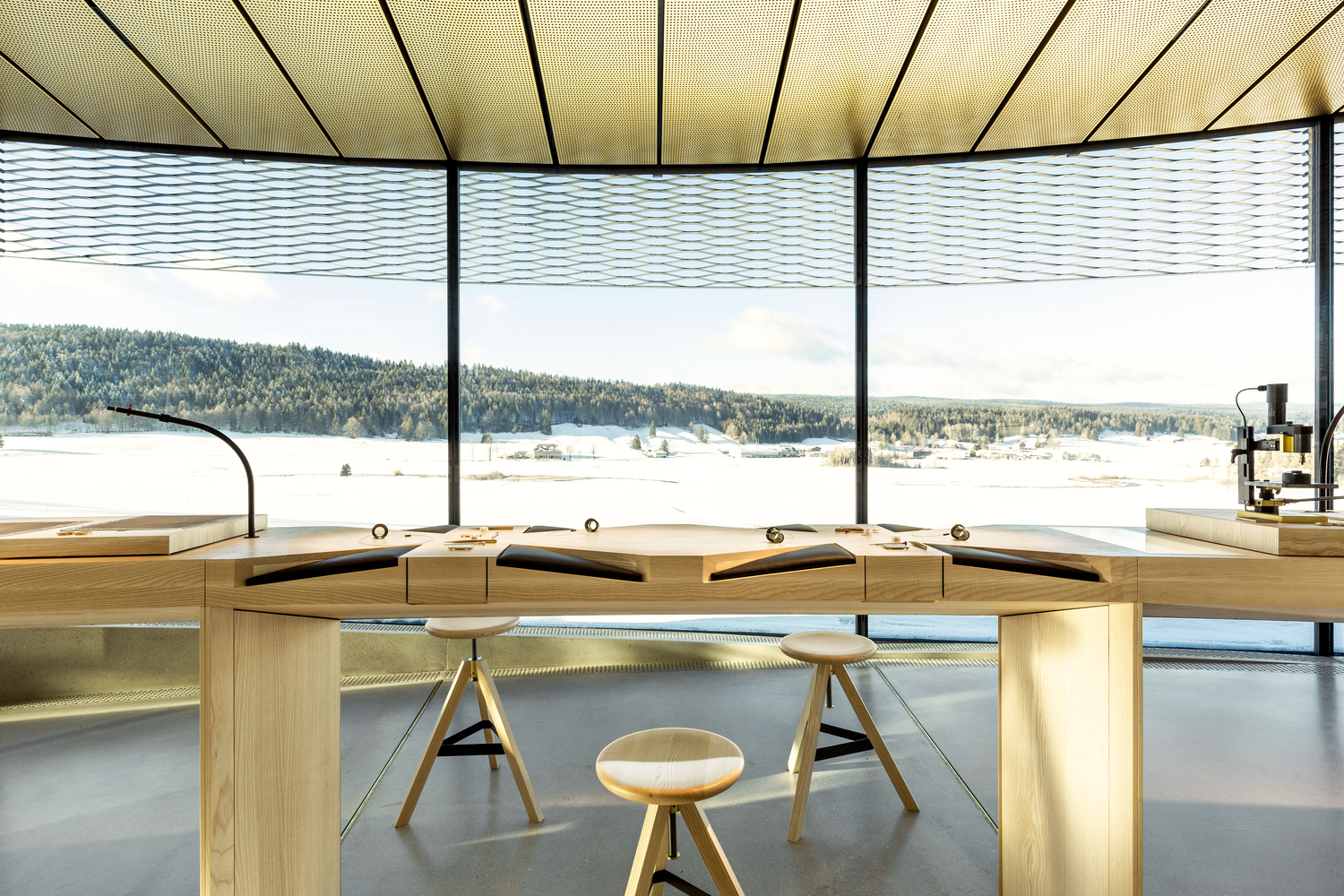 I’d totally be down to work in an office like that.  This is one of BIG’s earlier buildings, and it already shows off their inventive and exciting building that feels wonderful to be in.  Great stuff.