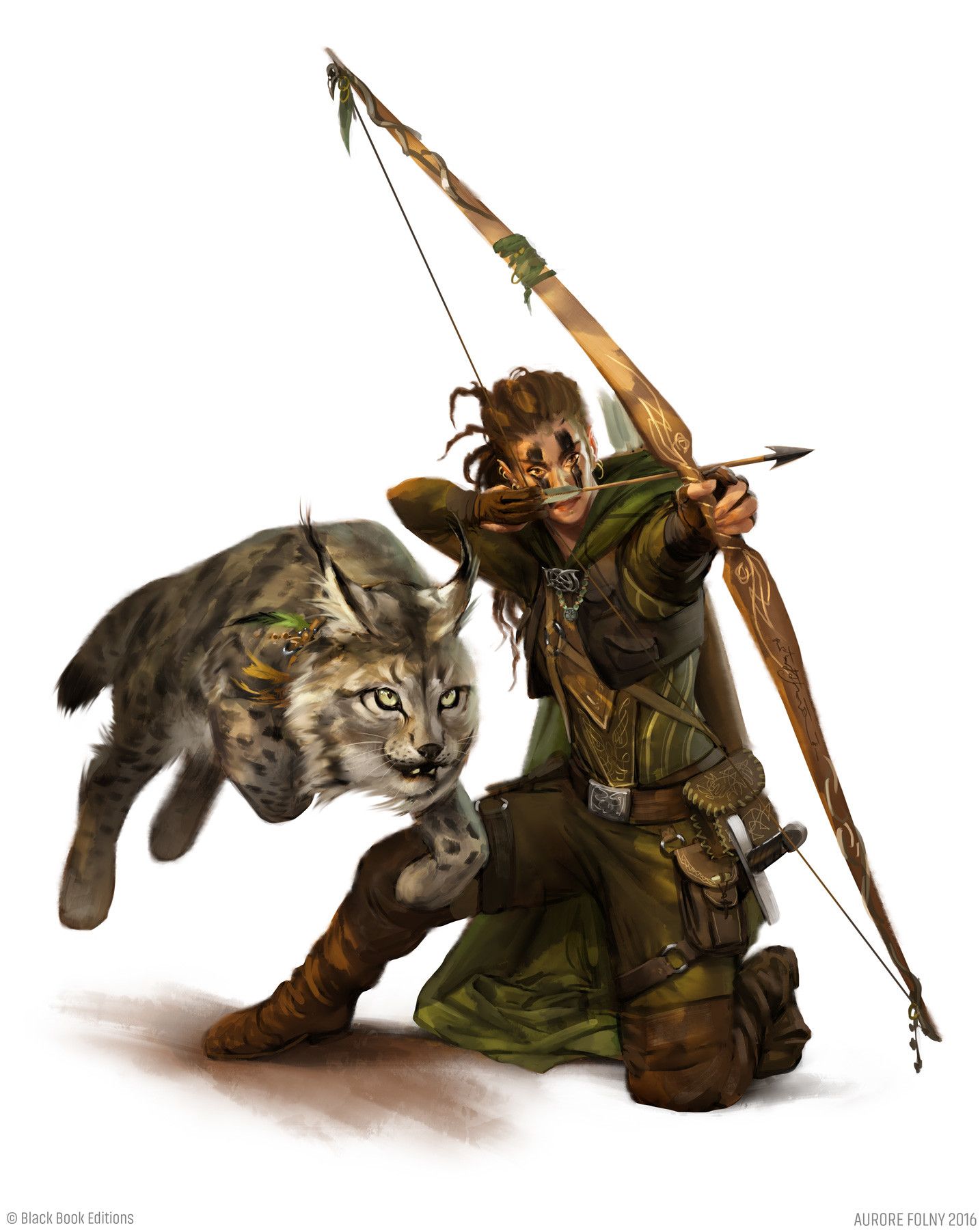 Here’s a quick, off the cuff, totally not fleshed out or playtested idea on how to handle a pet class (ie someone with an animal companion or similar) in D&D that may resolve the current disappointment/issues with the current iterations of the Beastmaster Ranger (and similar) classes.

To begin though, I get the difficulty in crafting this kind of class.  There’s a few of major things to balance:  first you don’t want to add too much complexity (having a player have to manage two full-fledged characters), and second you don’t want to add too much power (where the character + their companion’s abilities overshadow everyone else at the table).  And while the revised Ranger and it’s Beastmaster subclass from Unearthed Arcana seems to have found a mostly workable solution for that, there is a third area of balance that remains the Achilles heel:  hit points.  To avoid allowing the companion to become a vast sponge of extra hit points for the party, the companion’s AC and Hit Points remain modest… which means they are all too often going down like a chump.  Sure, the Ranger can resurrect them, but few want to play a class where their best bud is dying every other day.

So here’s the concept:  Have the companion fully share the combat economy with the main character, not only in actions and attacks, but in Hit Points as well.  How this is fluffed will depend on the specific pet class – a ranger or druid could have a real spiritual connection/ bond to their companion, a warlock might have a more parasitical and/or arcane tie, etc – but the basic idea is that you can balance the class almost as a single actor within a combat encounter.  So when the main character takes a move action one or both can move, and when the main character takes the attack action, each attack they get as part of that attack action can be performed either by the main character or their companion.  And when one gets hit, both are closer to being knocked down.

At its simplest, as well as in some ways the most extreme, everything about the two could be set to be exactly the same:  to hit, damage, AC, etc.  It’s one character, just being two places at once on the board.  (To be fair, though, if both are caught in an area attack, they only take the damage once).  It’s also workable to have some minor differences between the two in AC and attack power.

The nice thing about this is it makes it easy to turn nearly any character into a pet-using class, since there’s little change in their effective contribution to the party’s abilities and power.  Of course, even if using the option of complete identicalness, there are some extra benefits that come from having two bodies in play, but they mostly fall into the same category of advantages that come from having a familiar (albeit one with much greater hit points, though outside of combat that should matter much less).  The biggest impact may come from having an extra ally for the purposes of controlling territory or granting the Rogue sneak attacks.  It’s fair then to have the character need to swap out a minor class feature, or make a custom Feat that allows them to gain the companion (with, I’d say, a few extra riders or a single +1 ASI, since the power gain wouldn’t otherwise be a full feat’s worth).

The last tweak that may make this sing is to allow – or require – the character or companion (whichever one takes the damage when this occurs, or a choice if they take area damage simultaneously) to drop unconscious when they reach 25% of their Hit Points.

So that’s the idea.  Iffn’ and when I get a chance to test this out, I’ll report back.  And if you try it, please comment below with how it went and any suggestions you have!