While the Voxman Music Building’s exterior is fine enough, it’s the spaces within where the project really shines, crafting some wonderful, inventive, and playful spaces that don’t neglect the other senses even as beautiful music is being made within them. 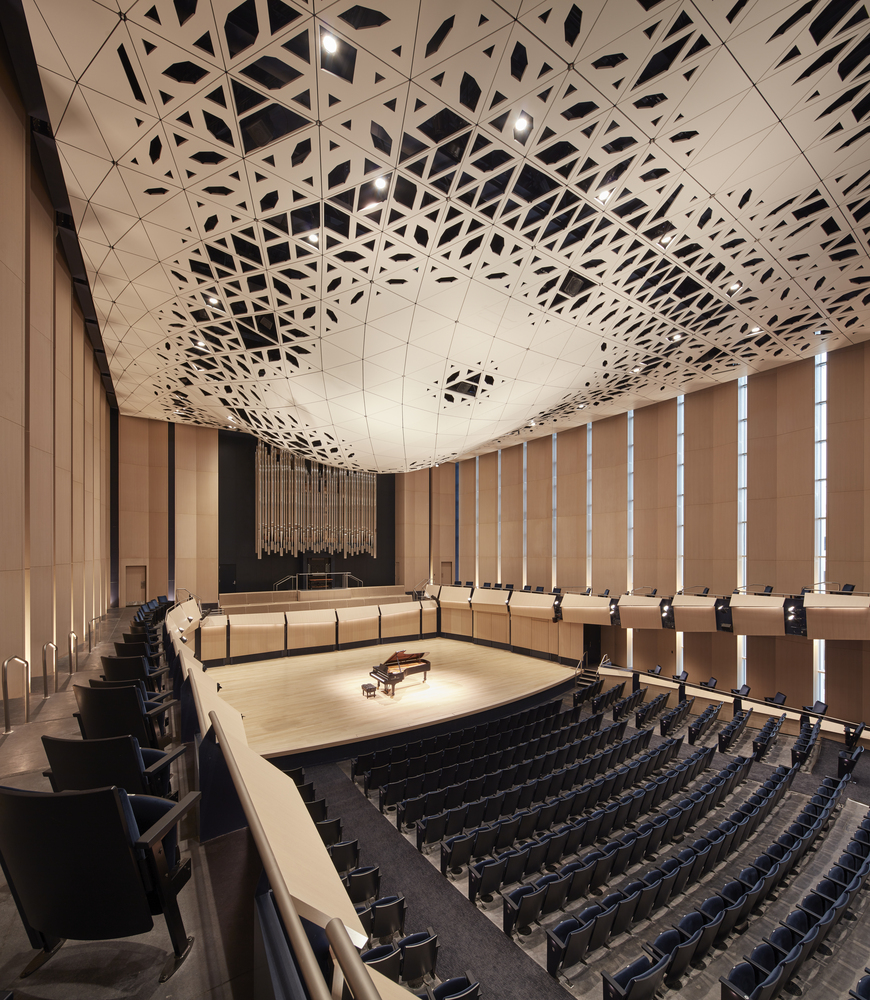 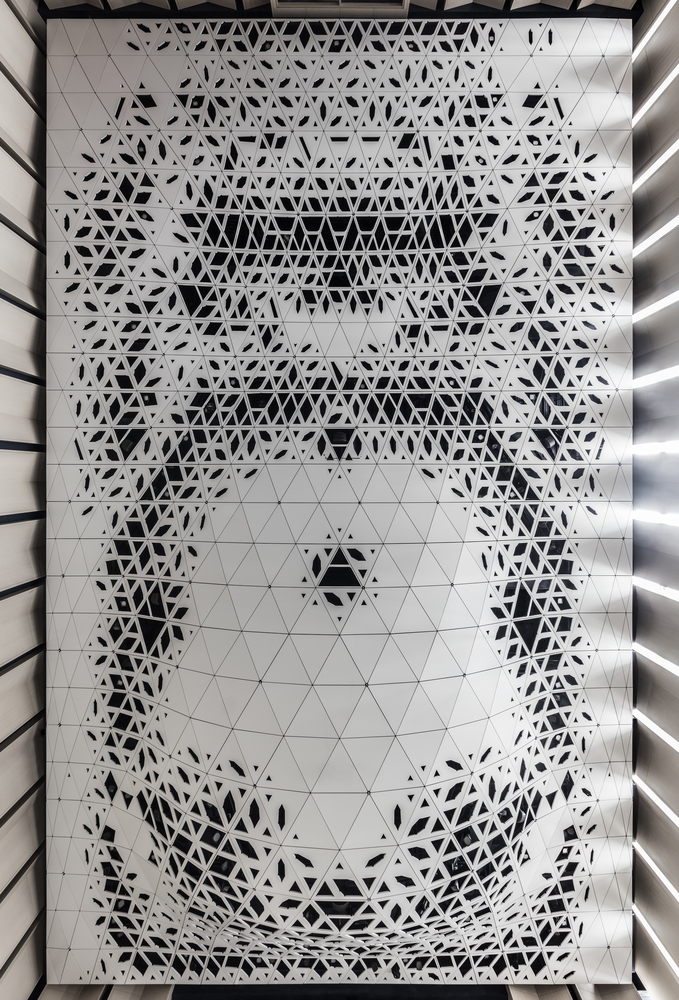 The main hall’s got this expressive ceiling that does triple duty of being a visual focus while also honing the acoustics and providing concealed lighting space. 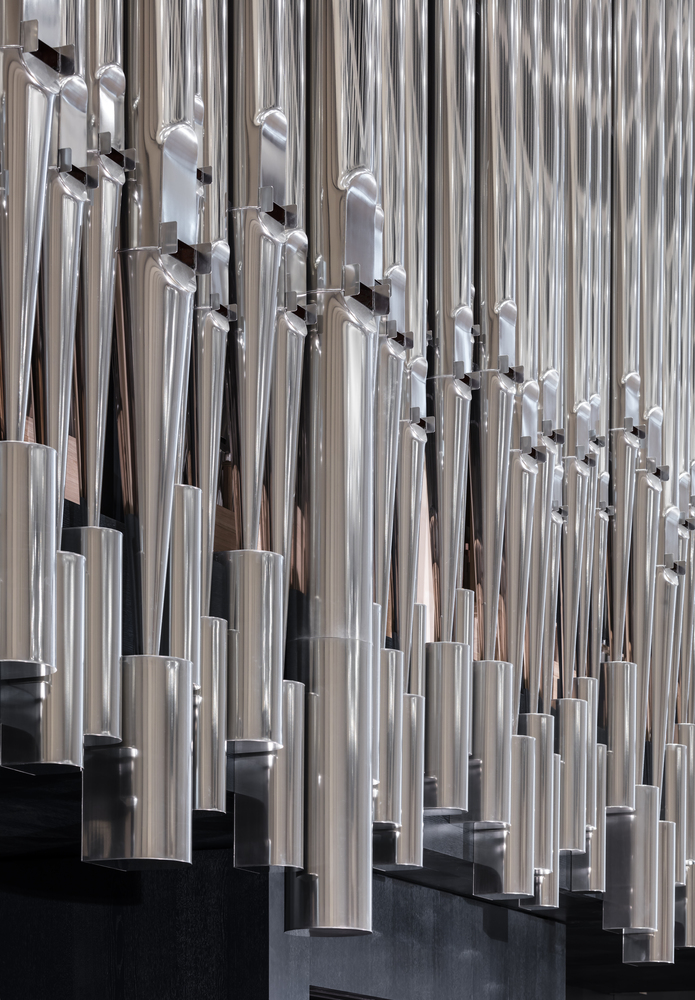 And if you think I’m going to avoid mentioning the pipe organ on the back wall, well, not a chance! 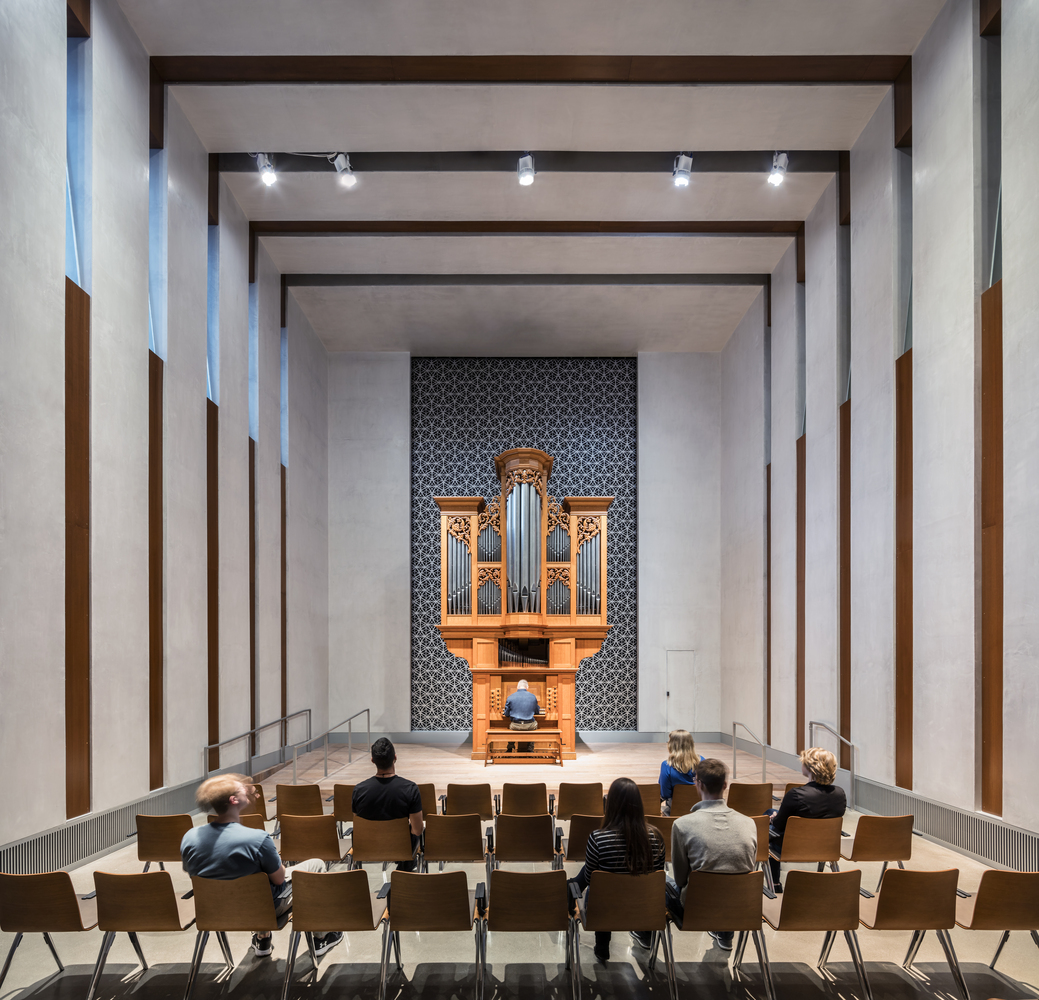 Even better, there is an entire hall dedicated for pipe organ recitals!  The extra tall space, accented by the recessed wood “arches” and clerestory windows does a perfect job of drawing attention to the instrument of choice, which itself is nicely contrasted yet complemented by the white lattice over the sound-absorbing wall, the tracery paring well with the leaf motif on the light wood organ. 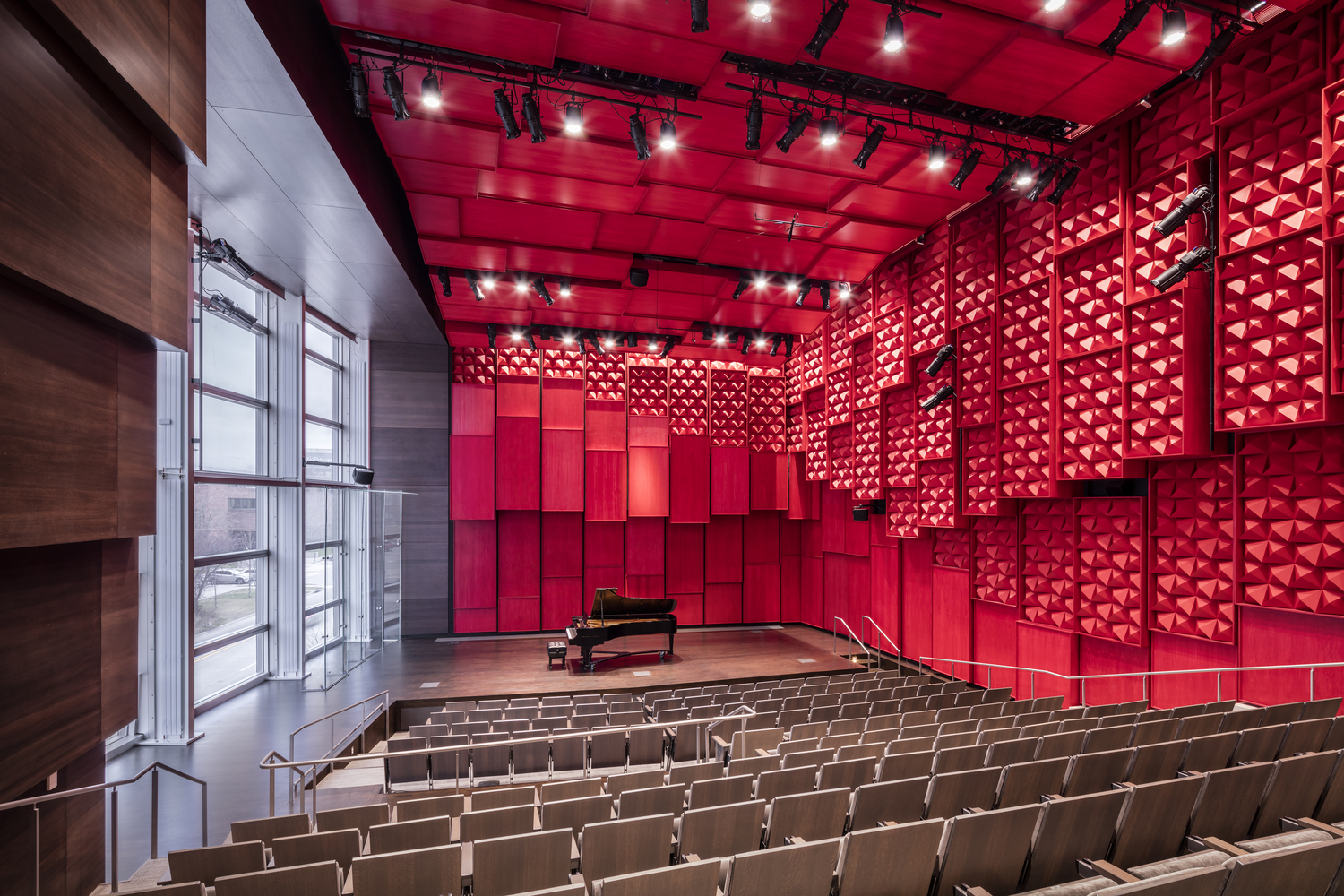 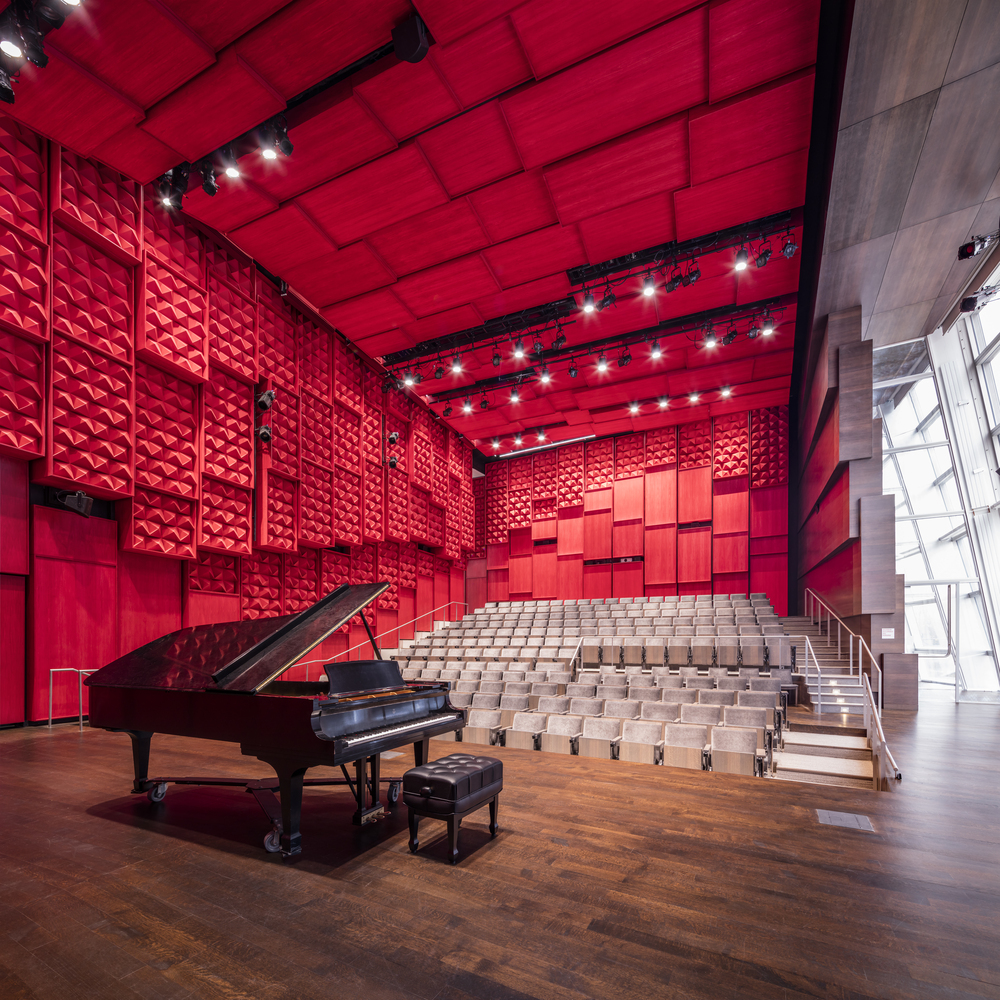 But for me the greatest of these three is the fiery red recital hall, not the least of which because it is both asymmetrical and angled in floor plan, but also for the unusual feature of the giant windows that extend outward from the building’s façade, casting strong light over the stage and bringing out the complex geometries of the wall acoustic treatments, whether red on the one side or deep wood on the other.

There’s lots of great details and design twists happening throughout the new building, where nearly every space has been considered as spaces for performances.  On the whole it’s a grand and exciting performance venue.