I always loved the back of the Canadian 5 dollar bill from the “Birds of Canada” series of bills.  Something about the light blue colour and the stillness of the scene really did it for me.  A restaurant I used to visit in Ottawa even had a giant version reproduced on the wall.

But… somehow… I never knew of the practice of Spocking the bills!  A few choice scribbles turns Sir Wilfred Laurier into the famous Vulcan: 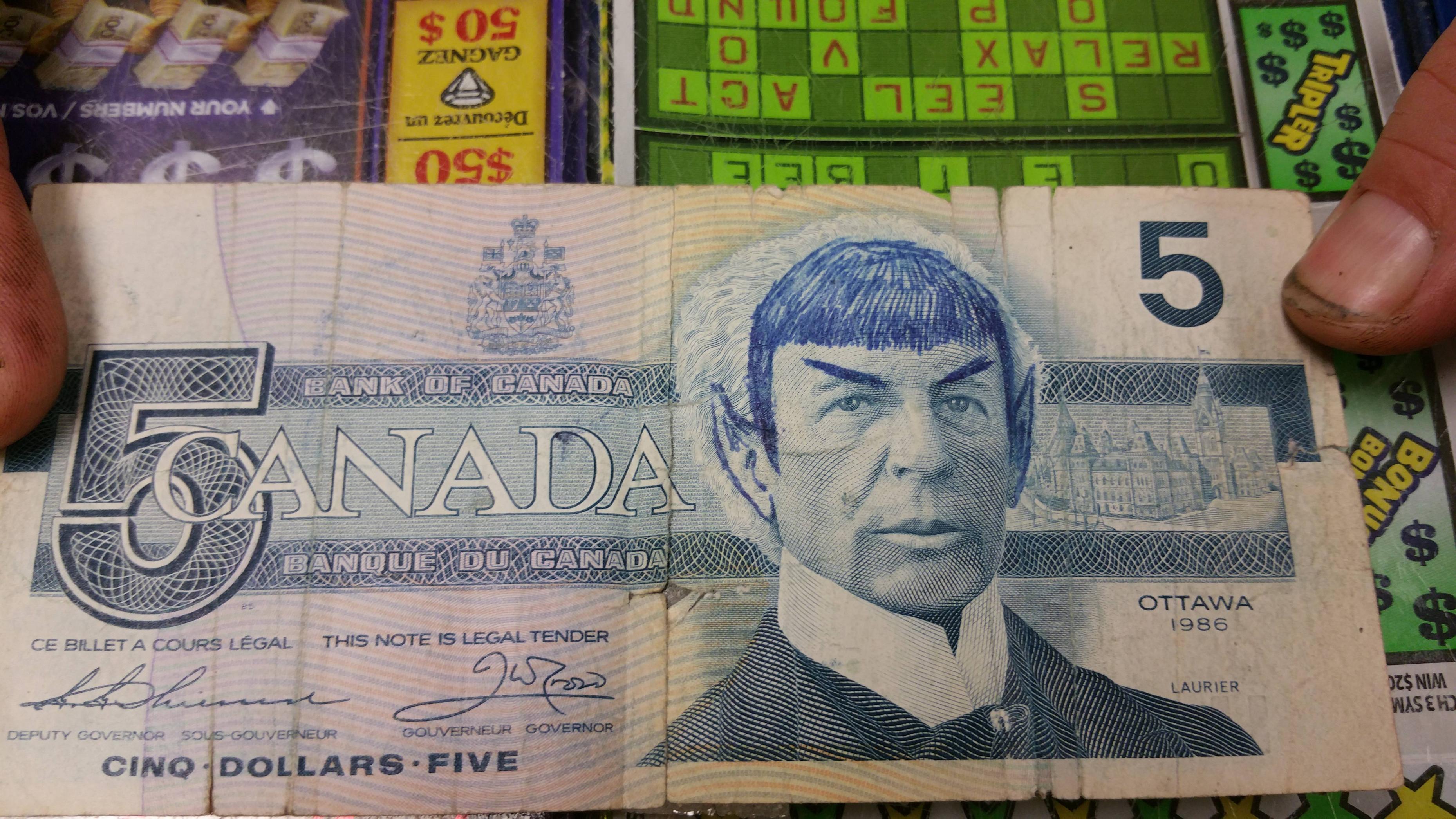 Which continued in the next version of the bill: 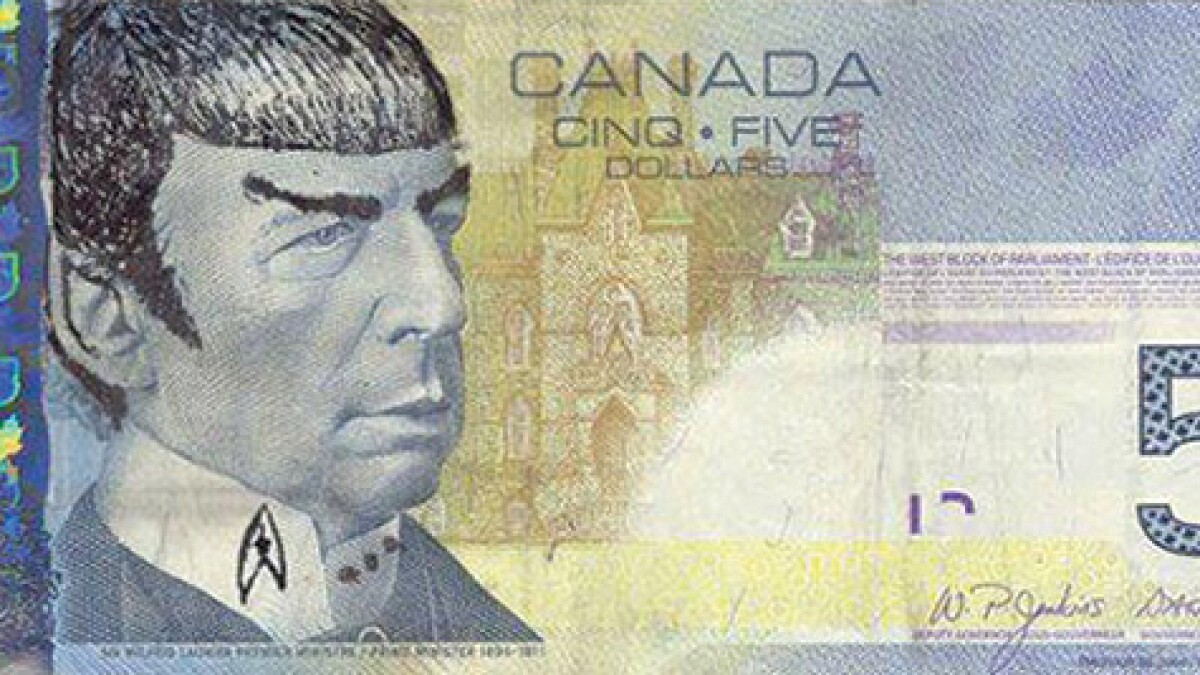 I knew even less that some slightly different scribbles could turn him into Snape:

Who knew that Laurier was so versatile in his acting roles?

(Apparently, alas, his rendition on the latest series of bills is such that he isn’t so easily disguised anymore…)

Check out more on the Canadian bank notes at this link here.