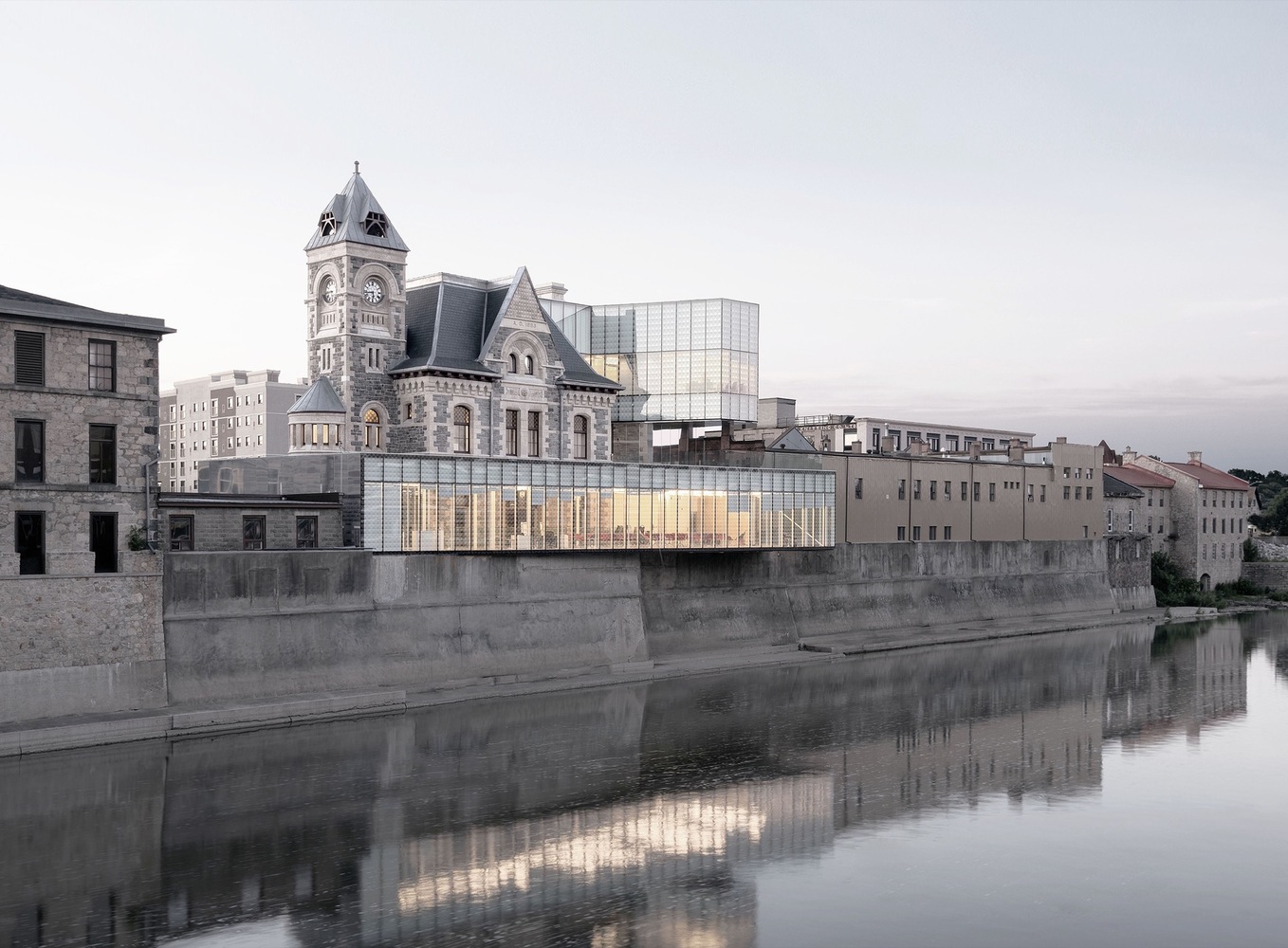 Oh this one’s awesome… (and kinda close to my hometown!)  An over 125 year old romanesque post office brought to new purpose to become a ‘bookless’ library, filled with creative labs and maker spaces and more.  And it’s not just the stately post office building, it’s a new wrap-around glass pavilion that reaches out to engage the adjacent canal and make the whole shebang a part of the community space. 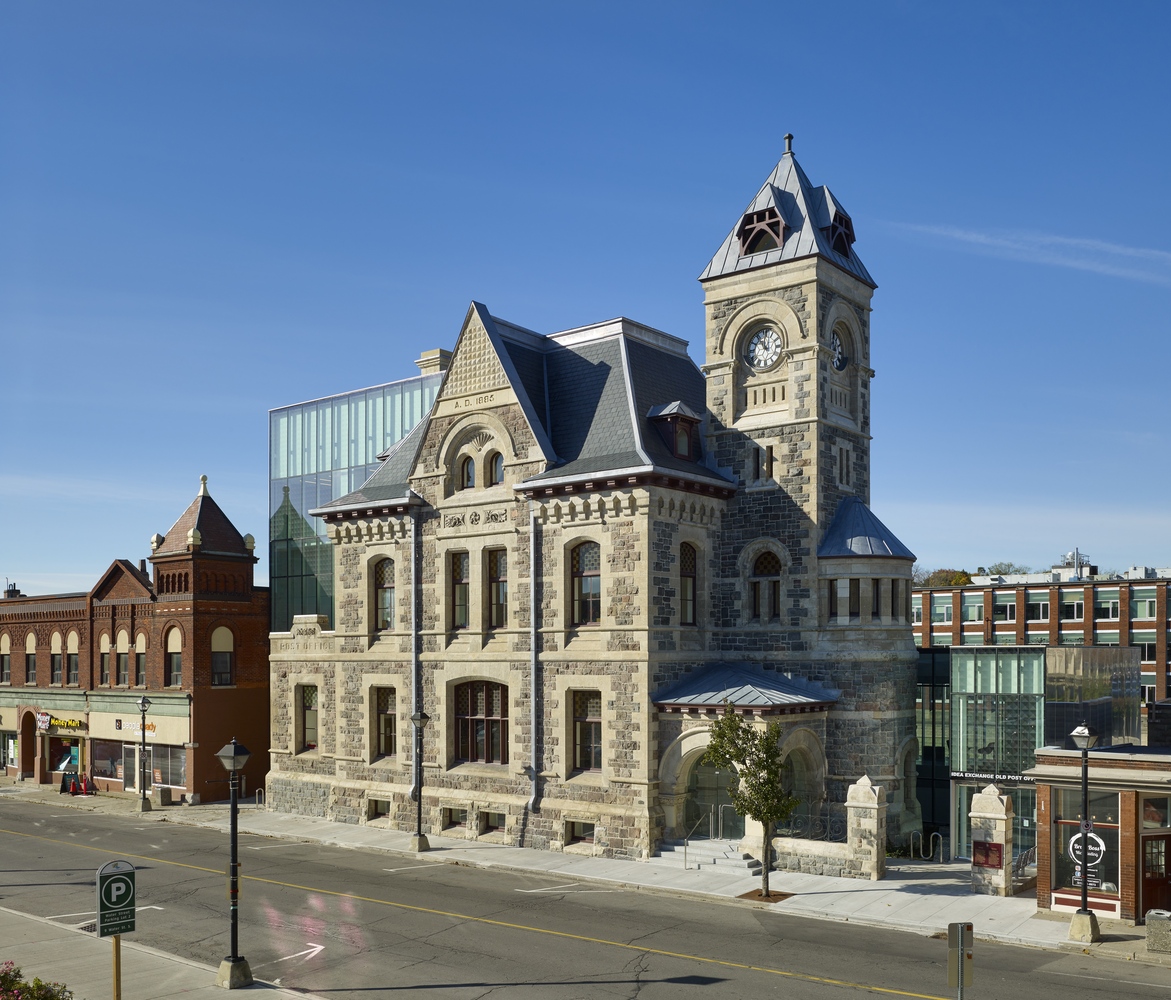 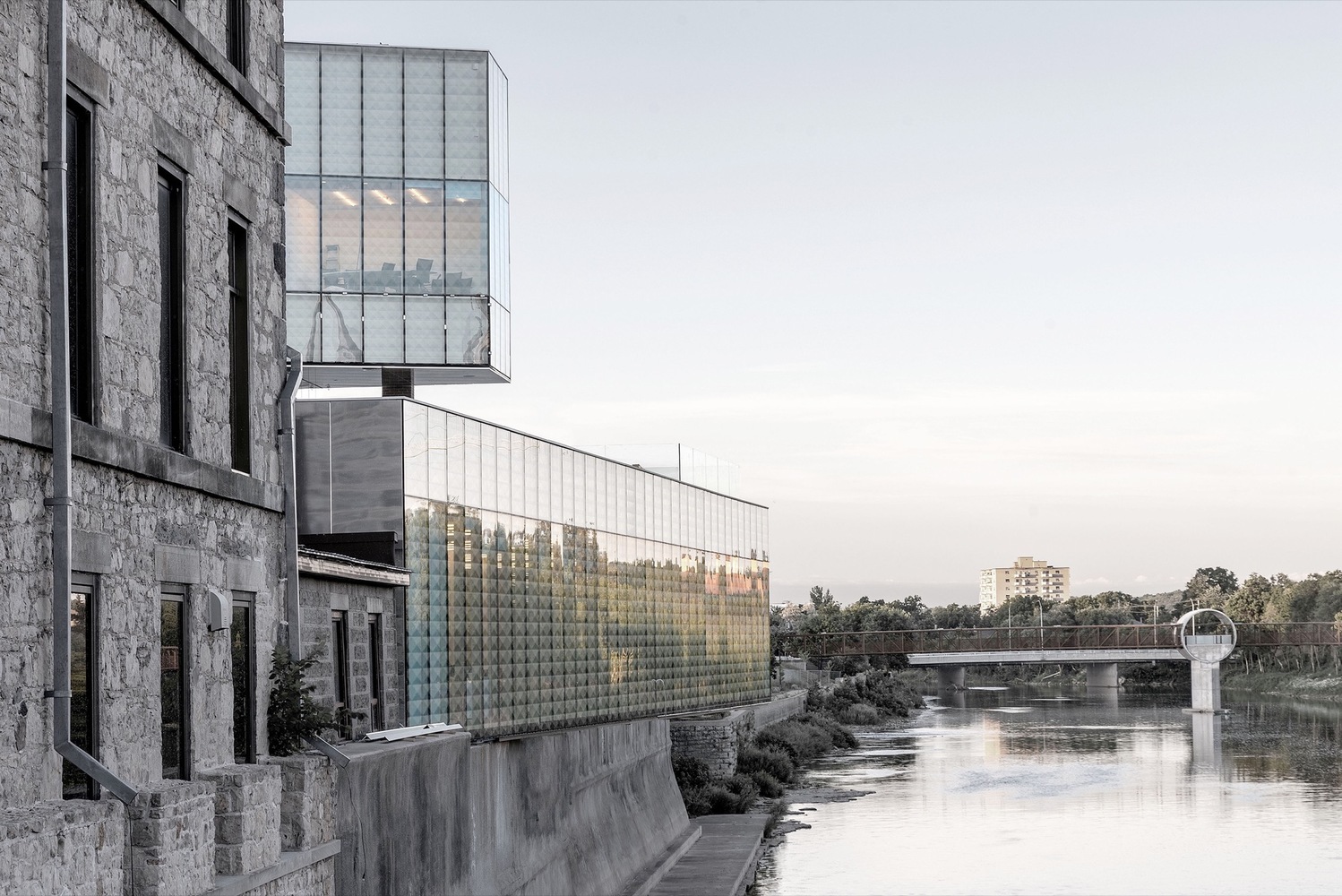 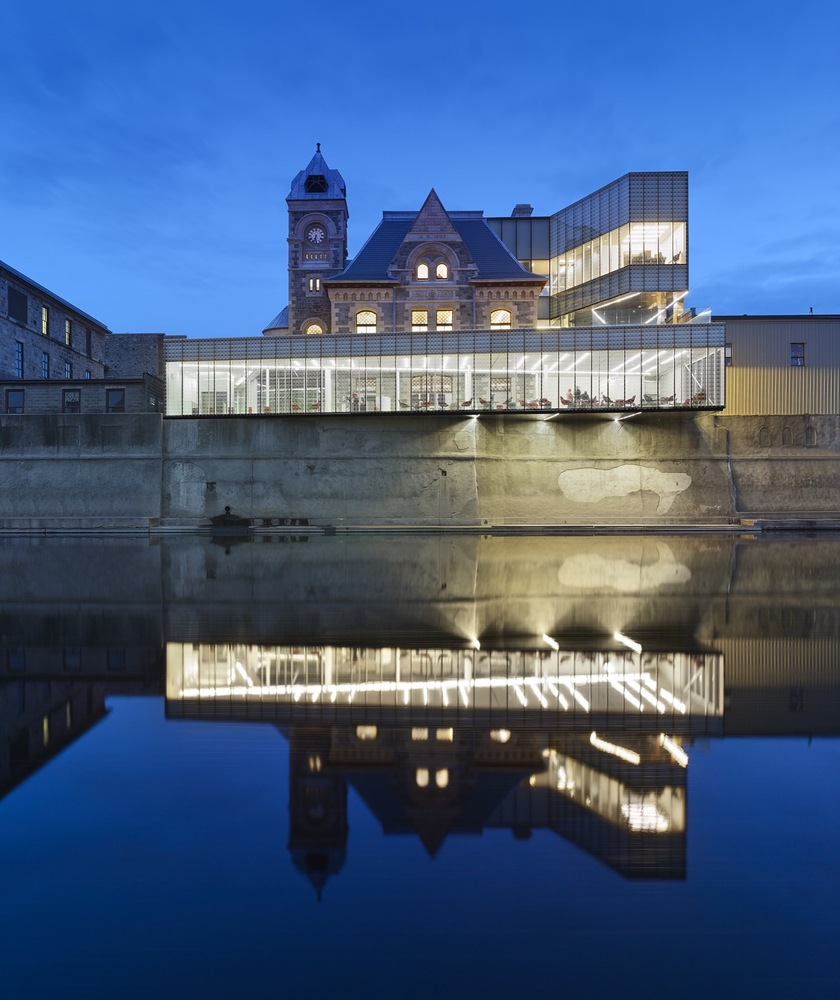 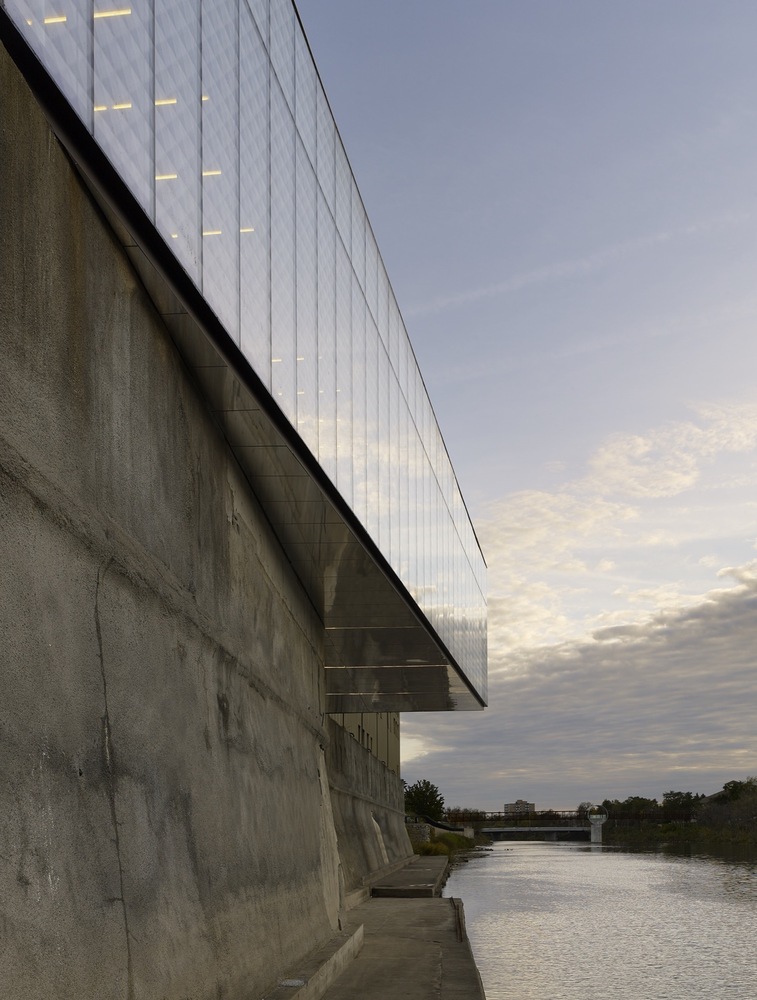 So, yeah, that gallery that hangs out over the river pretty much sells the whole thing.  I mean, the original (and restored) post office is also lovely, with its arched windows, half turrets, towers, steep gable roof, and the brick and stone.  All of that is enhanced with the new glass and steel surround that cantilevers not just once, but twice, hovering first over the water, then above over a patio/deck.  And the undersides of which hasn’t been neglected, with polished aluminum and integrated lighting that speaks towards a future river walk.  It’s dynamic and playful and though a very different language than the original building that contrast enhances each other, even more so when they are reflected off the water whether by day or, glowing like a lantern, at night. 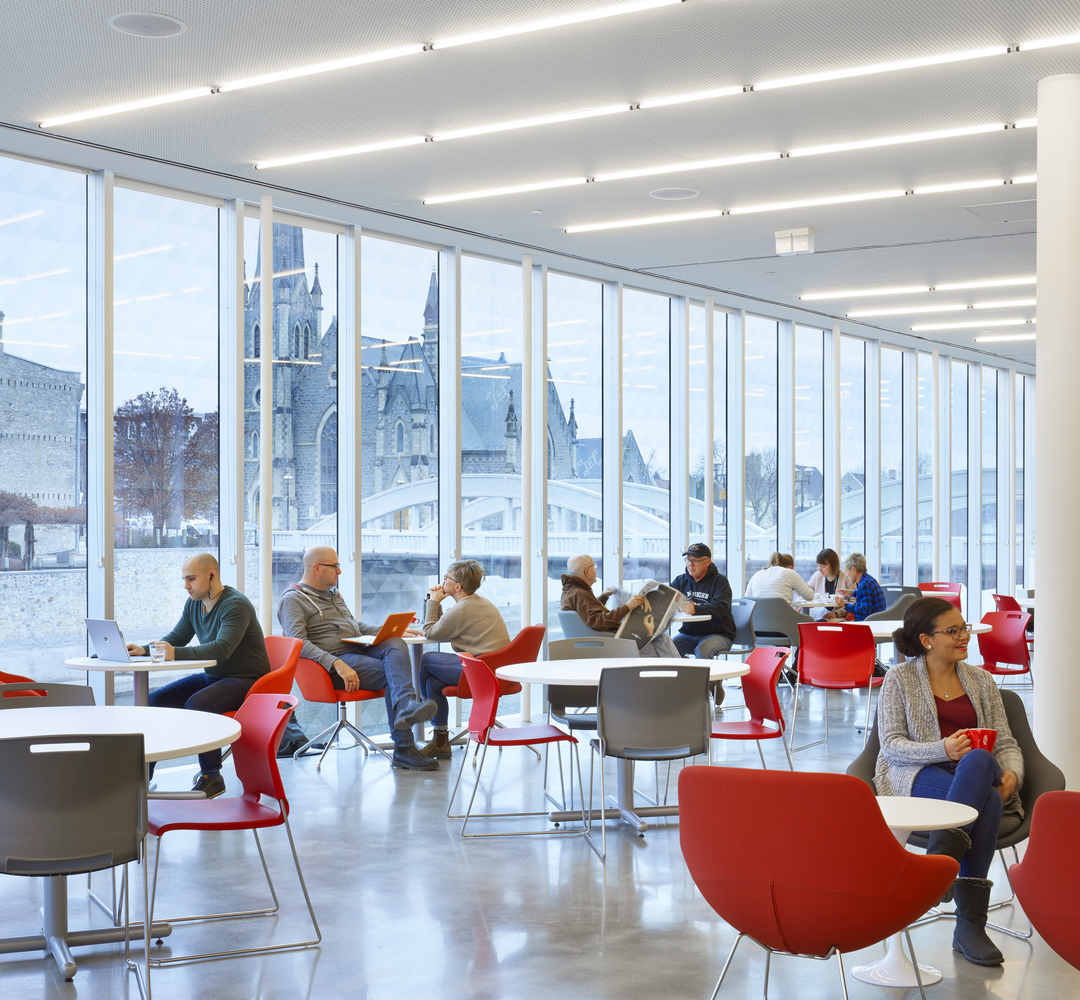 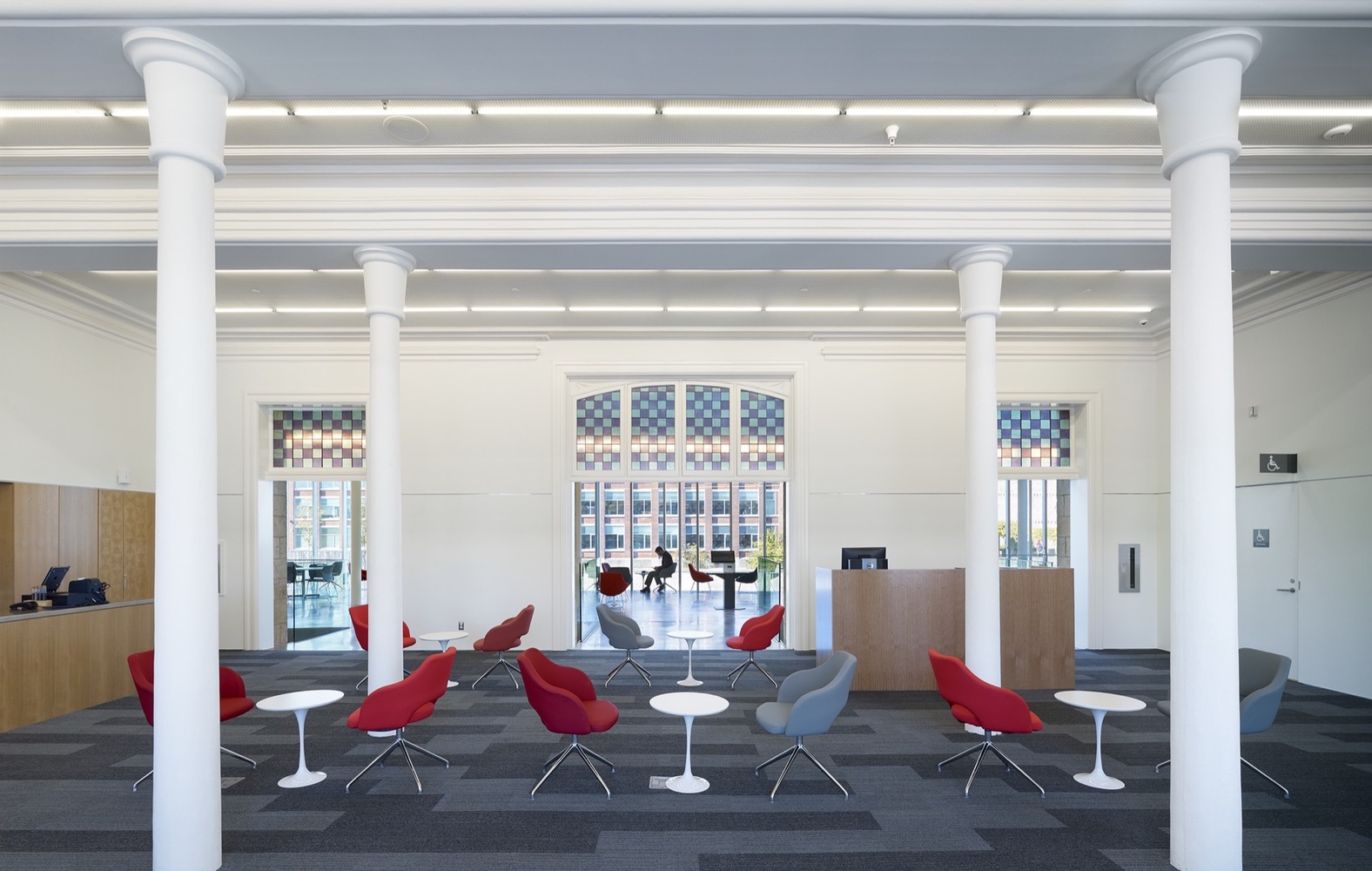 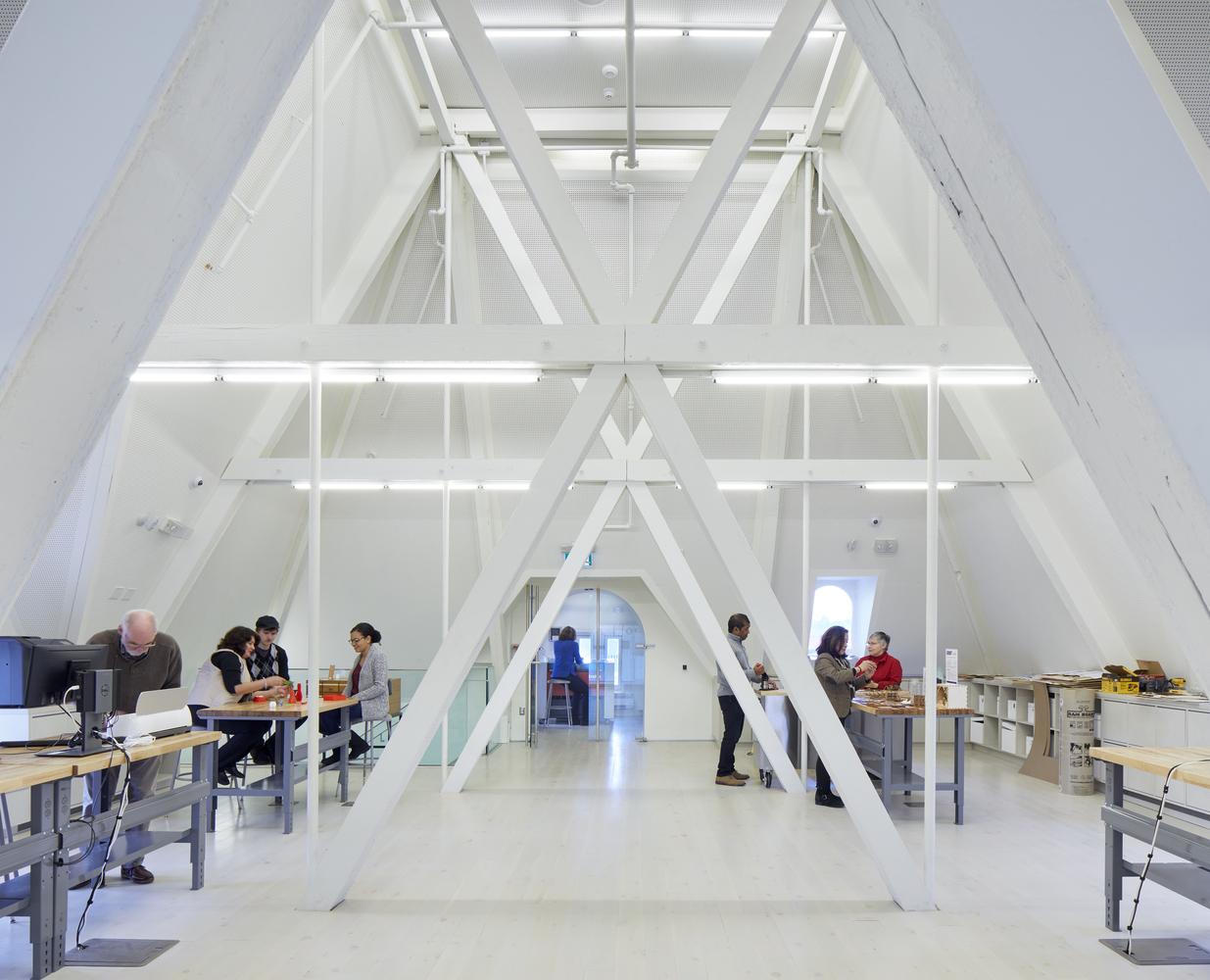 Lots of light, lots of great views to the river and city beyond, and more interplay between the crisp new and the rugged old are what awaits within.  These two languages combine in a culmination in the third floor maker space, inhabiting the cathedral-like space under the old high-pitched roof amongst the old support frames. 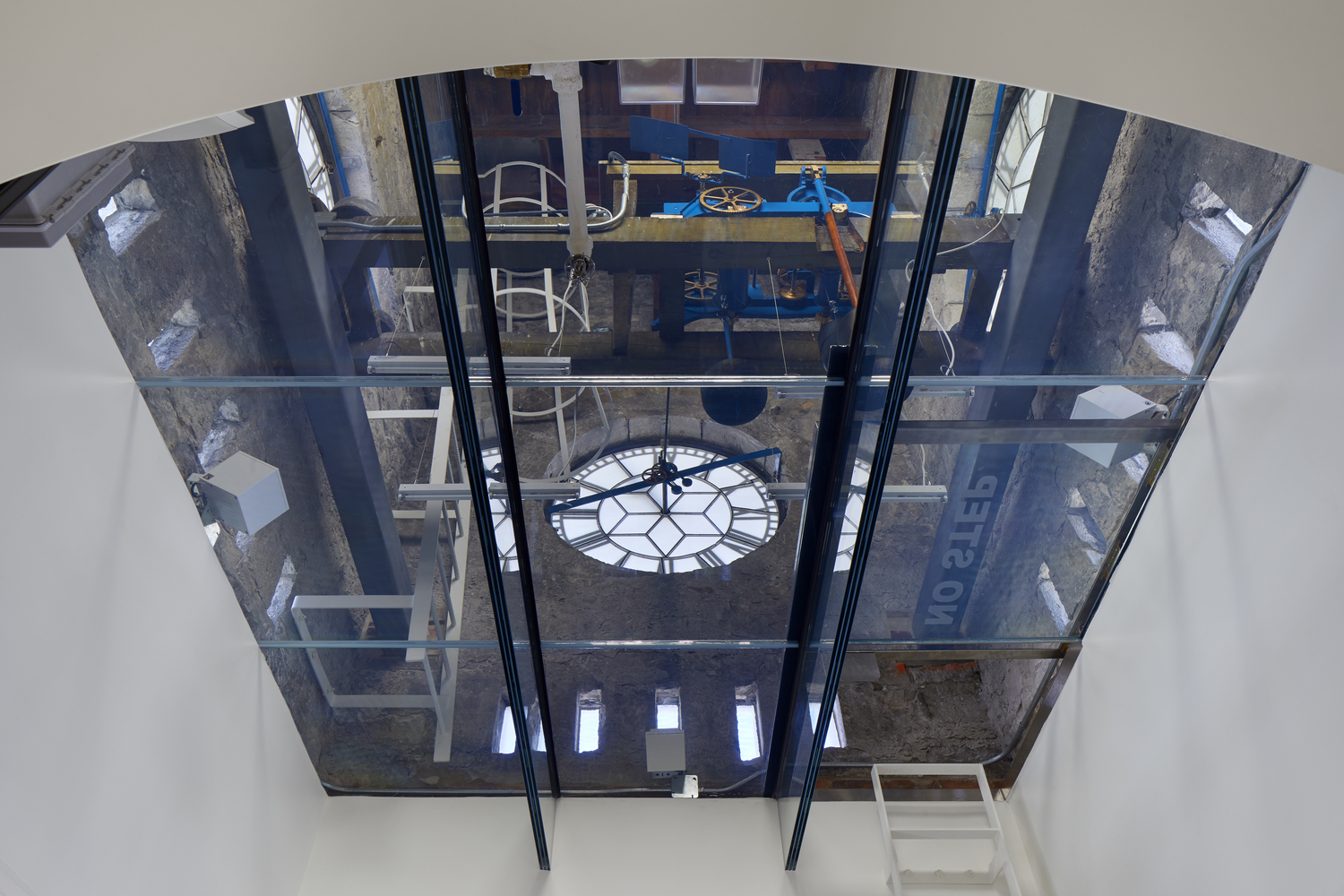 For an added bonus, there’s the glass ceiling that looks up into the old clock tower, putting the mechanisms on display!

Very cool project, another example of taking something already existing and, through re-use and a clever set of additions, turning it into something even greater.  Plus public maker spaces/etc are a great addition to a community (I loved the one at the new library in Helsinki).  And if you, like me, still love traditional book-filled libraries, there’s one right across the river.