There was a concept and a technique that I learned early on during my philosophical training:

Instead, look for what’s missing.

A clever little distinction there, for the former tends to hang us up, raise our hackles, and generally bog us down through muddy terrain as our ego and calculating self and identity and shame and all sorts of things gets involved.  It also can sometimes (often?) lead us to a dud prize: Congratulations, you know what’s wrong!  Now what?

Even more meaningful is the insight that often nothing is actually, truly, capital-W, wrong.  It may be unproductive or detracting, and may have deleterious outcomes, but perhaps Wrong isn’t actually there and/or isn’t so binary.  And so Wrong isn’t the best place to look.

Looking for what’s missing sidesteps all of that.  What’s missing looks for what, if it were present, would alter how things occurs for us and what would create new possibilities.  There are many avenues to display there, but the most fruitful place to look is often in who we are being in those moments.  When we shift our being so too do our actions shift, and thus so do the results also shift.  When we add in what’s missing the rut is broken and we get ourselves in gear in ways that may have seemed unfathomable before.  As a bonus, our experience also shifts to the better! 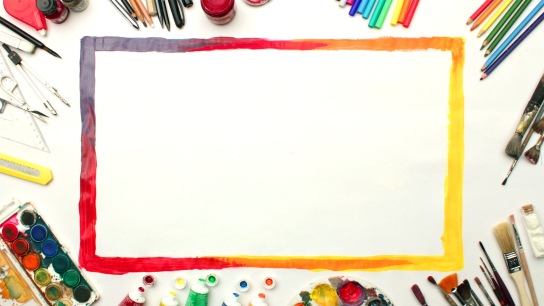 All of which is all great in the realm of mindfulness and philosophy.  But I also want to expand this into the realm of art, and specifically in the realm of critique.*  Because looking for what’s wrong not only can blind you to the work you’re exploring, but expressing a series of what’s wrong is often unproductive at either improving the work or the growth of the creator.**  What’s missing can provide way more valuable and actionable feedback and builds up rather than undermines.  Relate what caught your attention and was memorable, review your impressions, and express what was missing that would elevate the work and its impact even further.

With what’s missing our possibilities are opened, our art (including the art of living!) is strengthened, our excitement grows, and, above all, our spirit soars.

* As you might already see, this also works great for other critiques, be it performance reviews at an employment, coaching sports, and etc.

** If the foundation of the work doesn’t resonate with you, or if you think there’s something problematic, then that’s a thing too and certainly worthy of expressing, but both express it in that way and also you can still critique the rest of the work from what’s missing to elevate the craft.  Even if this particular work itself is discarded due to those primordial issues, what’s missing has helped to strengthen the creator, and the next work they create will be grander because of it.

One thought on “Philosophy Tuesday”