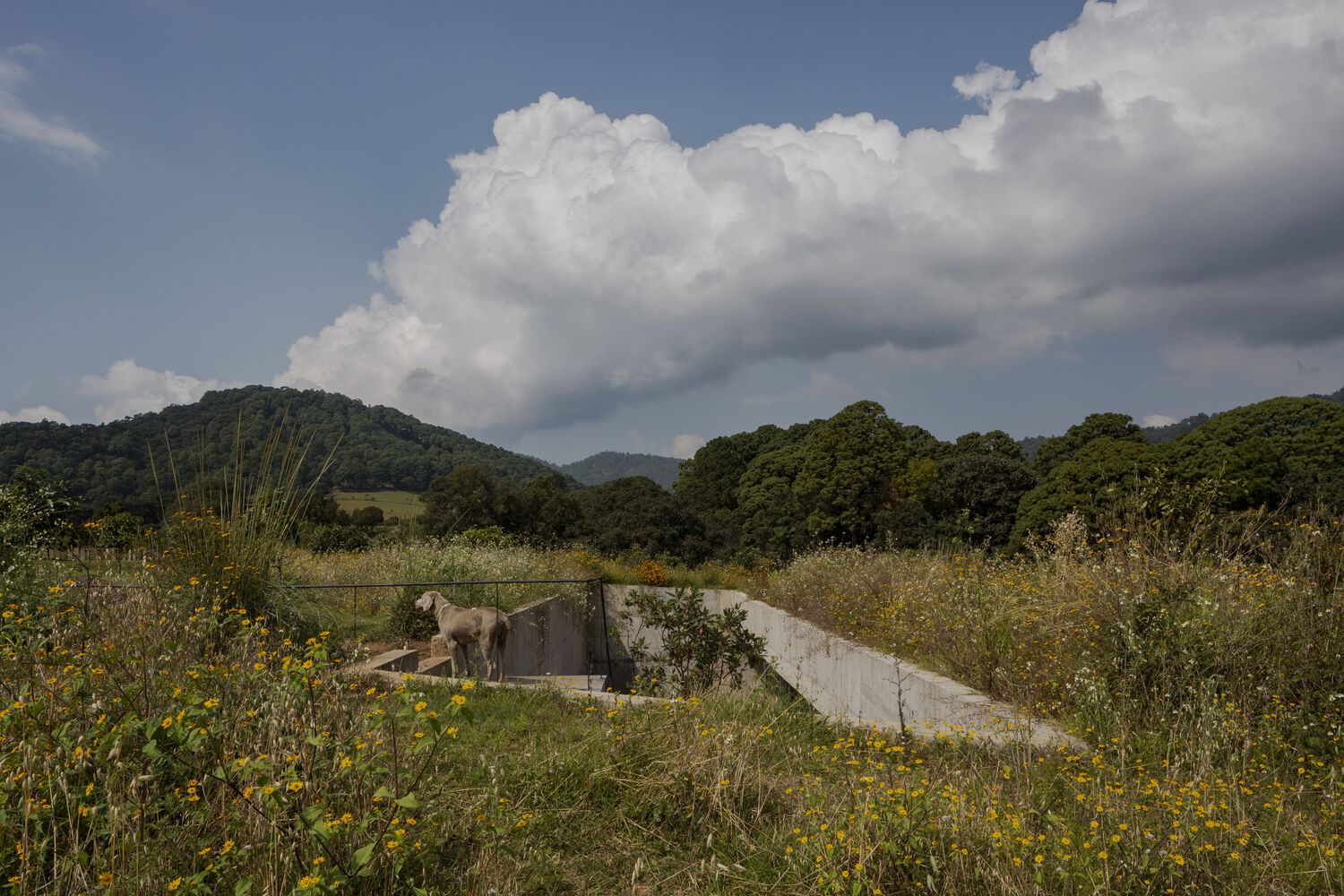 It’s not quite a hobbit hole… but it is an underground house.  One that, with its sunken courtyard, perhaps has an even more dramatic entry than a simple round door in the side of a hill. 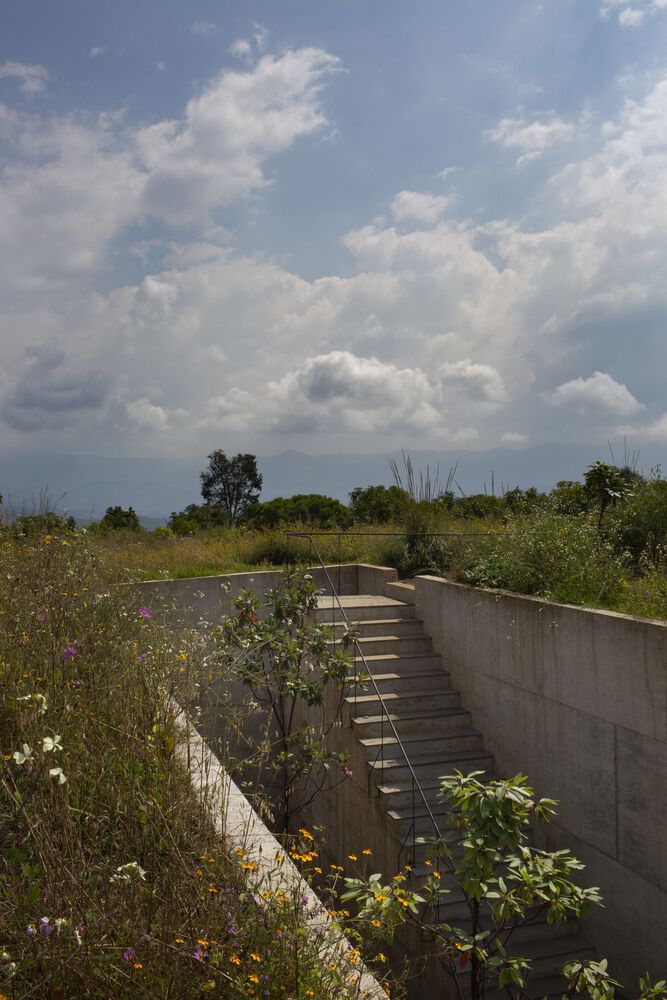 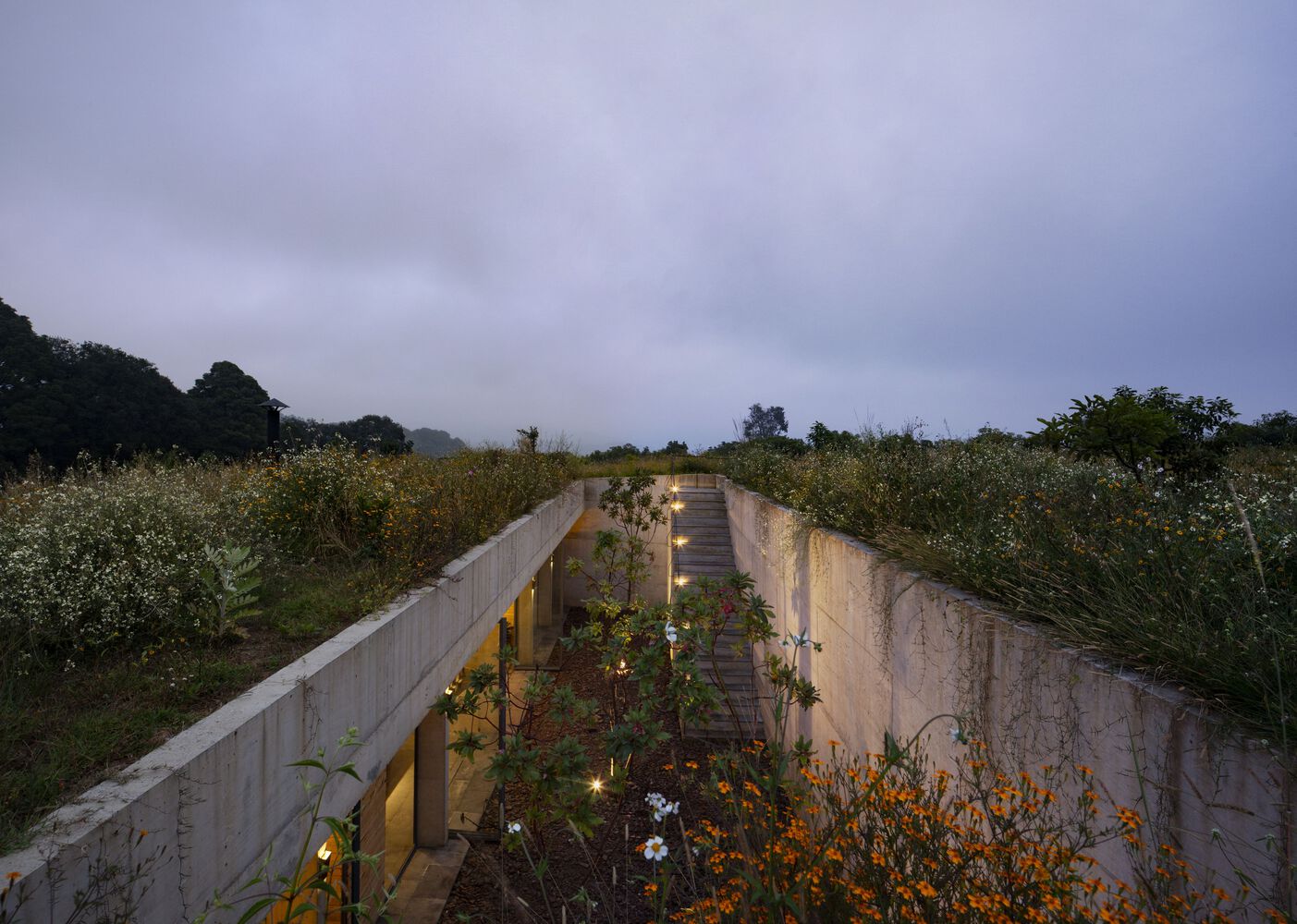 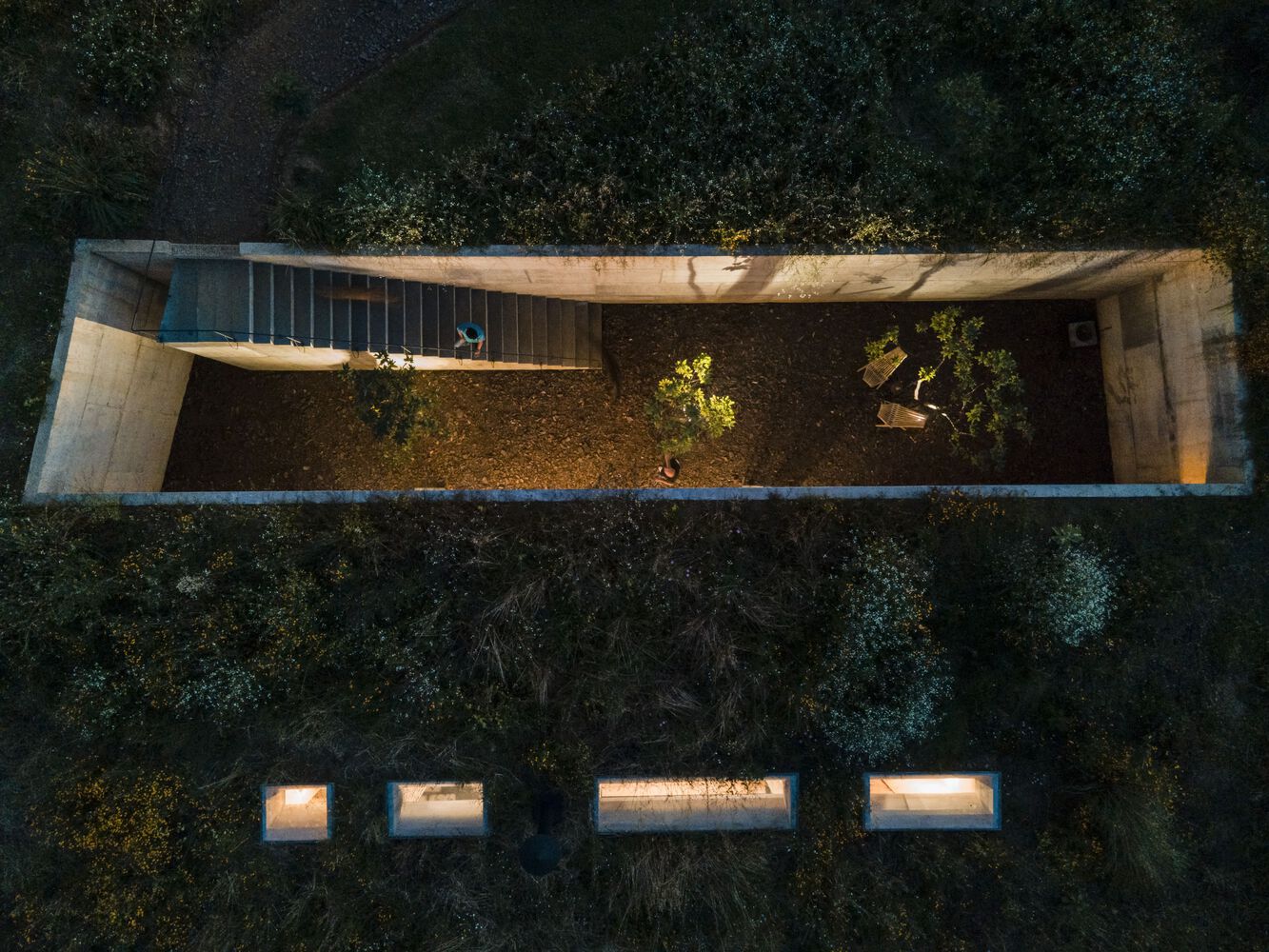 How this came to be is kind of fun:  the owners enjoy hang gliding and from that vantage point gave a lot of thought of how the house would appear from the air.  Also, they didn’t want to cut down too many of the avocado trees on the property, and who could blame them?  Avocadoes are awesome.  Hence, the buried house. 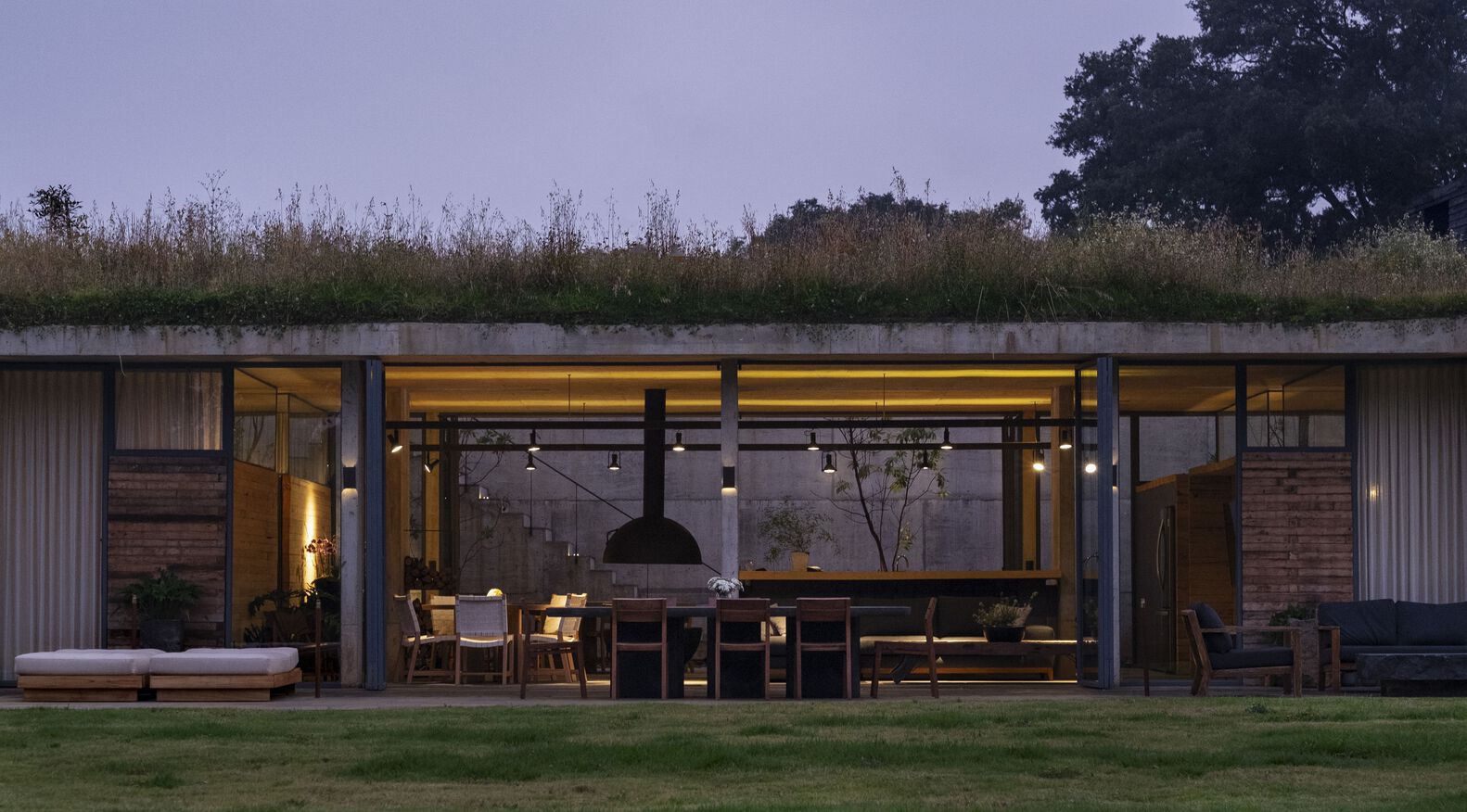 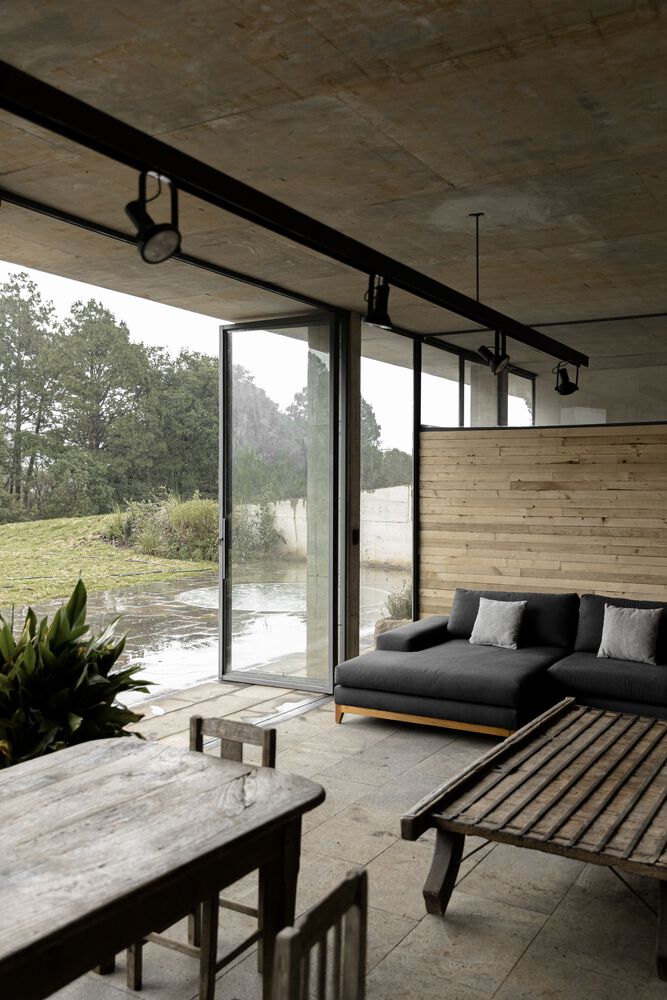 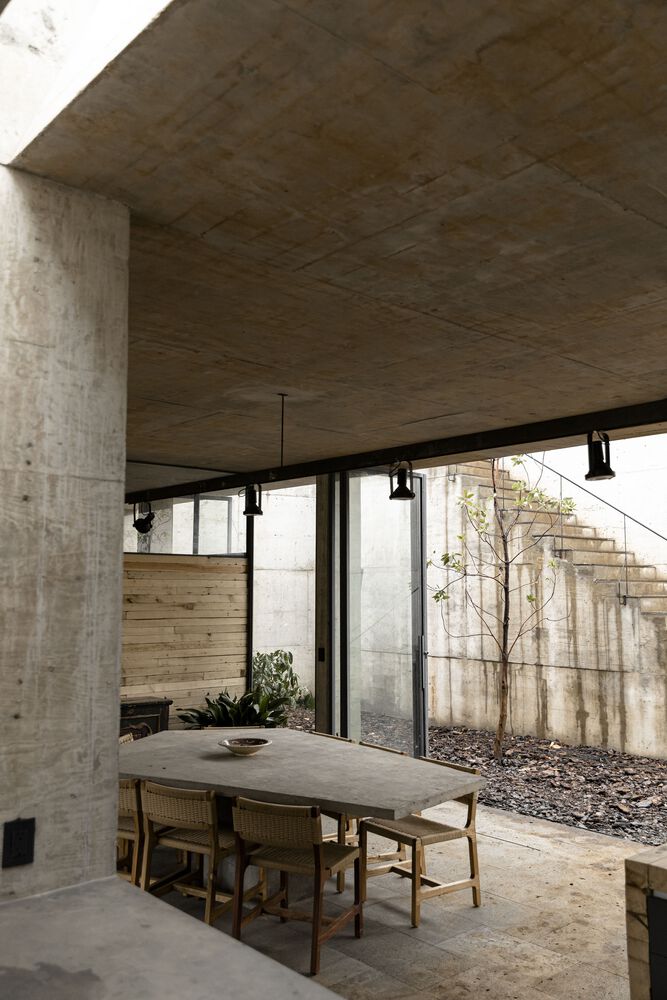 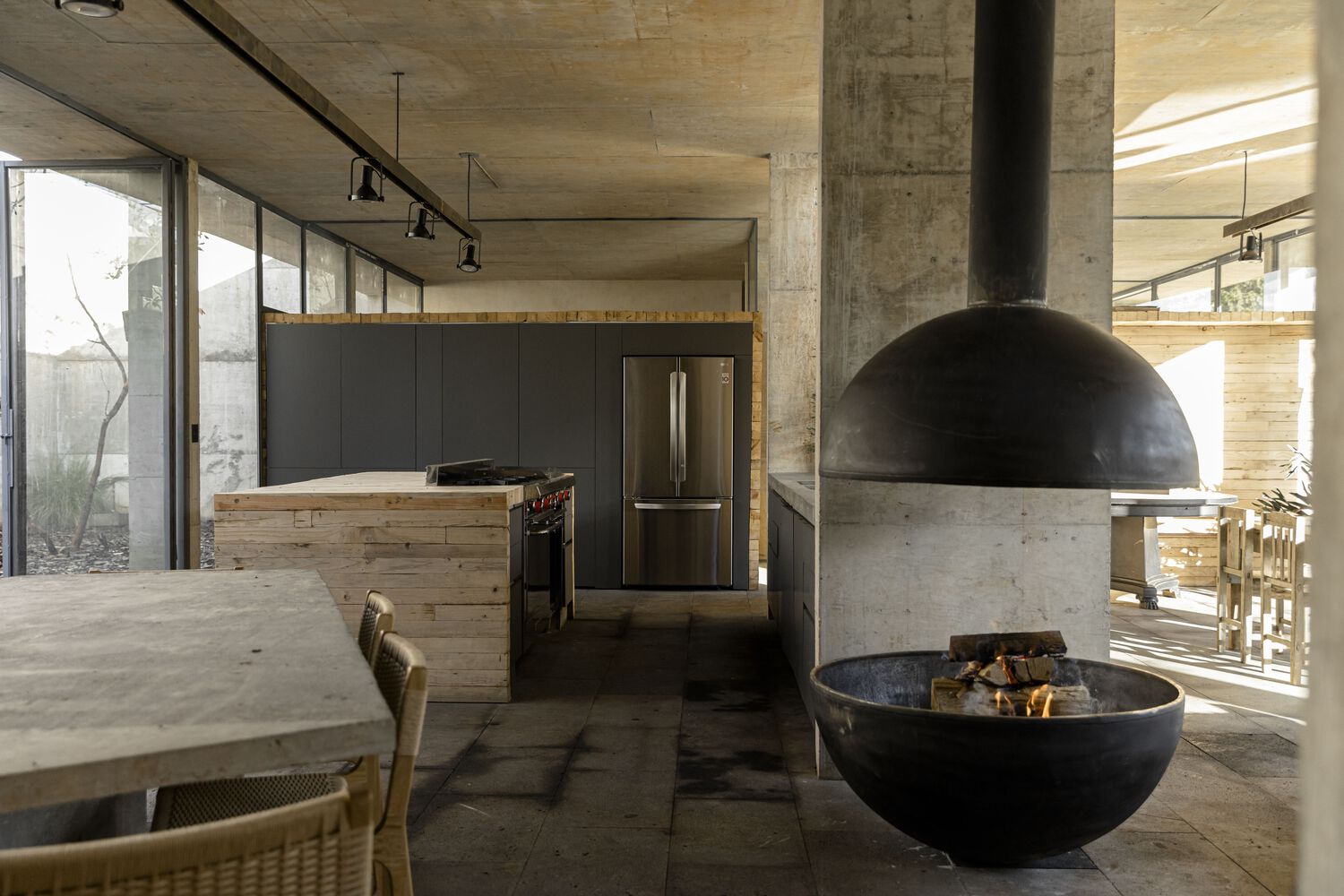 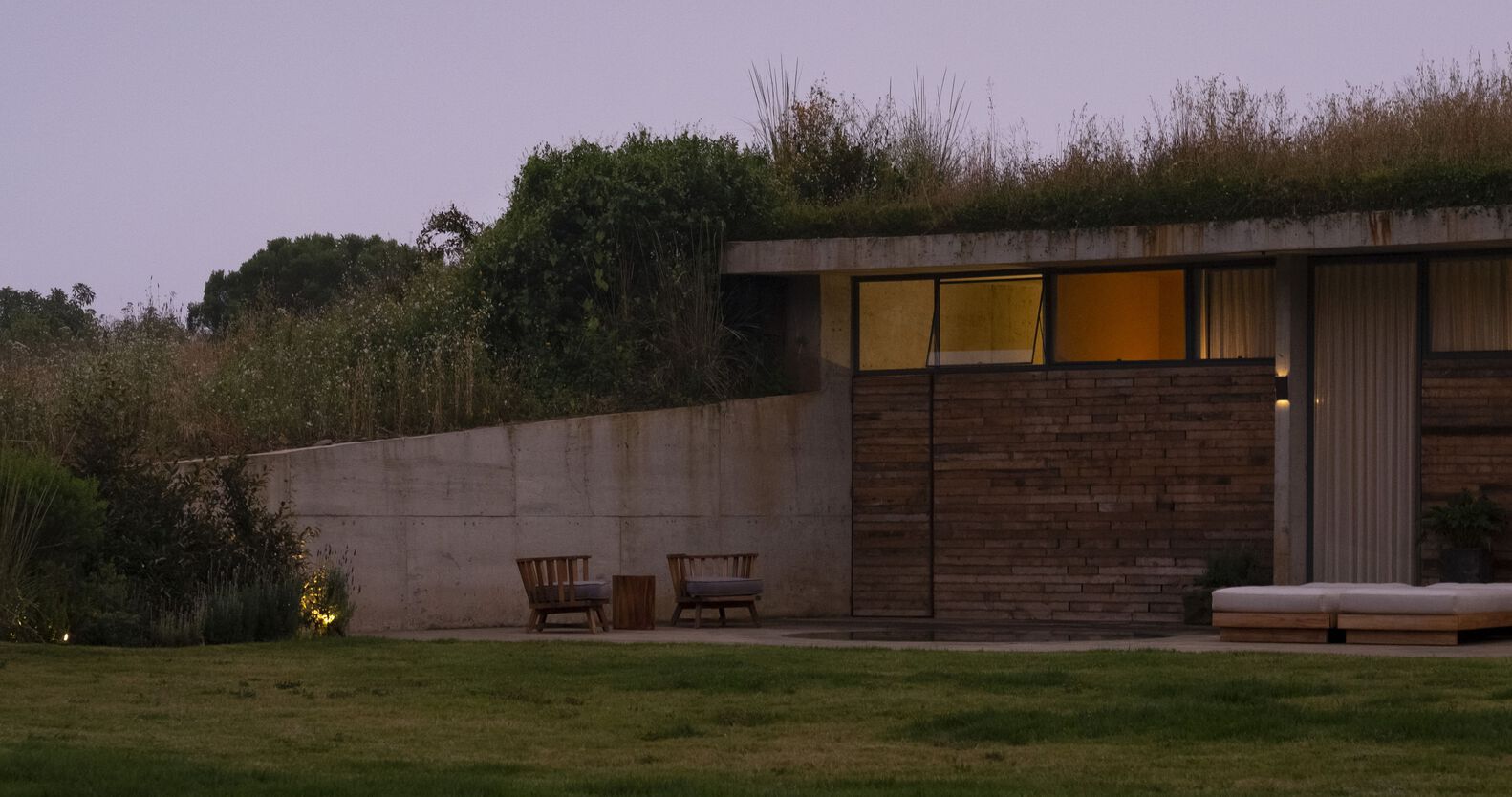 Now, it’s not 100% buried, for one façade does indeed get exposed, with a slope partially carved away to reveal the house just like that hobbit hole front door.  Between that face and the entry sub-subterranean courtyard, coupled with its narrow and linear layout and a few choice skylights, there’s plenty of light despite its buried nature.  If the slope wasn’t there, I think it would’ve worked equally well (and I might even have preferred it this way) with two sunken courtyards.  Definitively very cool how the very green roof is an extension of the field, littered with wildflower bushes and, of course, those avocado trees! 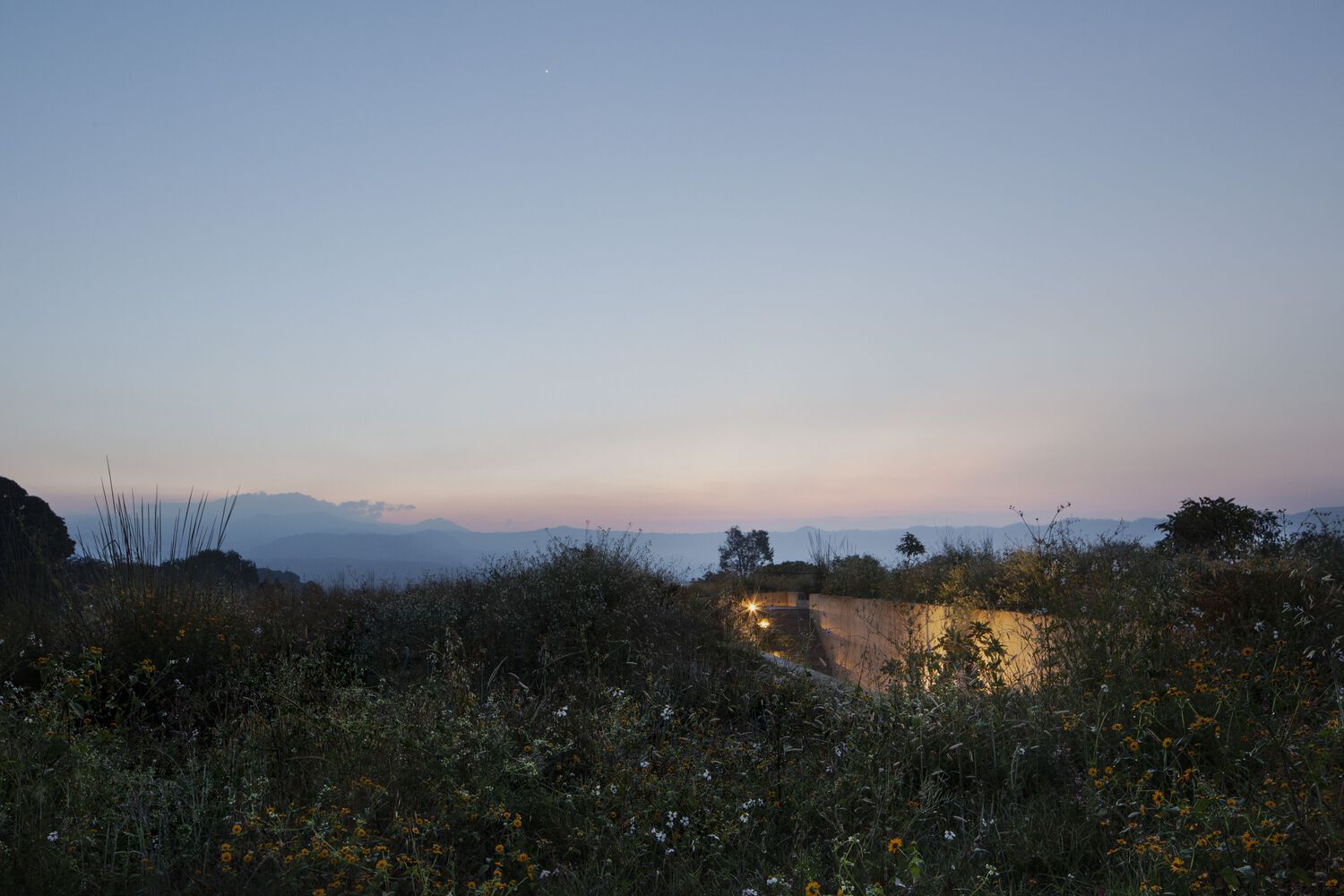 Very nice, a way of inhabiting the field rather than perching on it, living in the soil just as the nature around it.