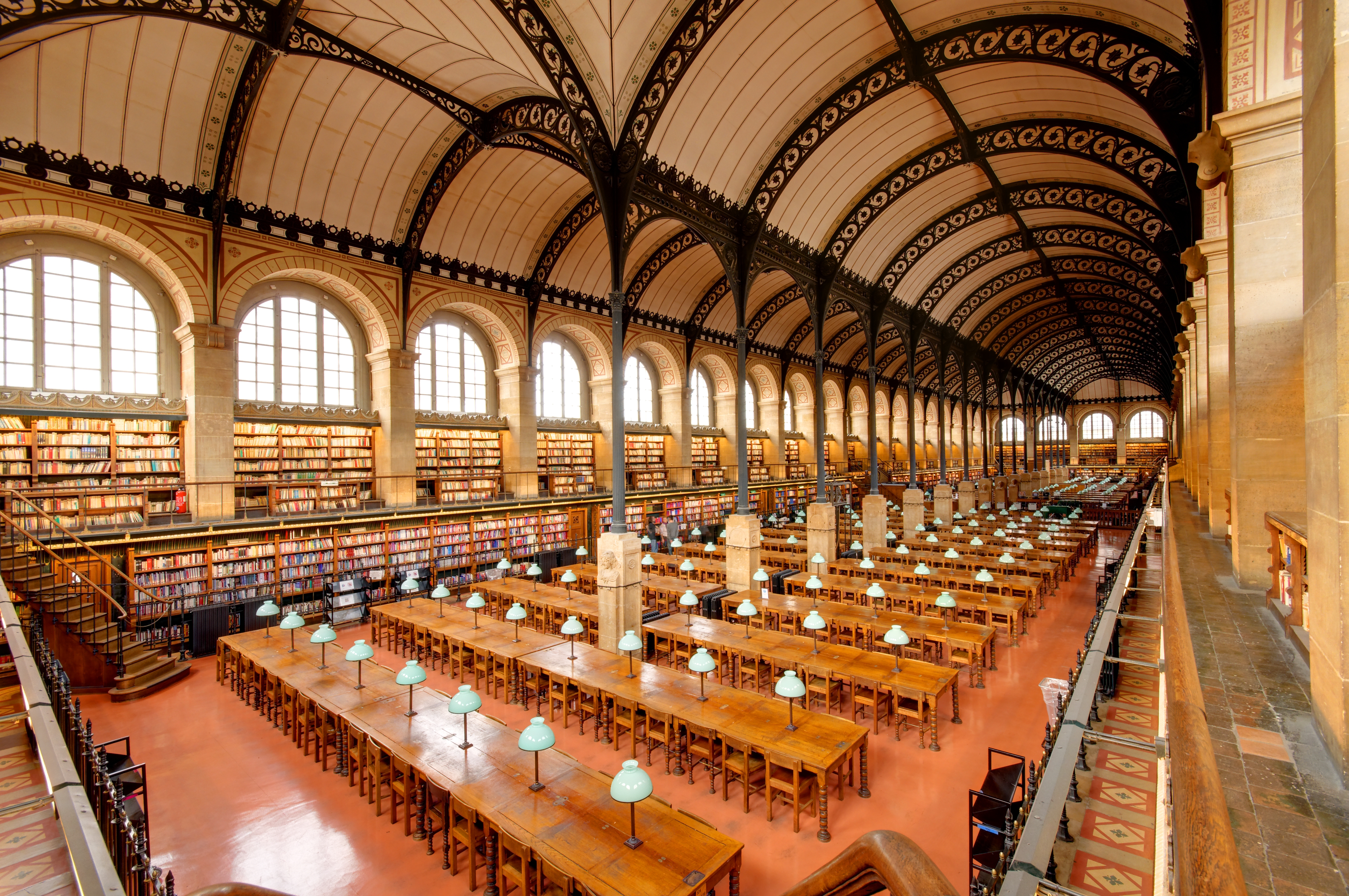 This is such a gem.  From 1851.  Kinda surprising, for it looks decidedly modern.  Indeed was in many ways, for it was one of the first buildings to use steel in such a monumental way, not only to create these massive open bays of space (and thus monumental structure) but also in such strikingly decorative ways (and thus monumental in decoration). 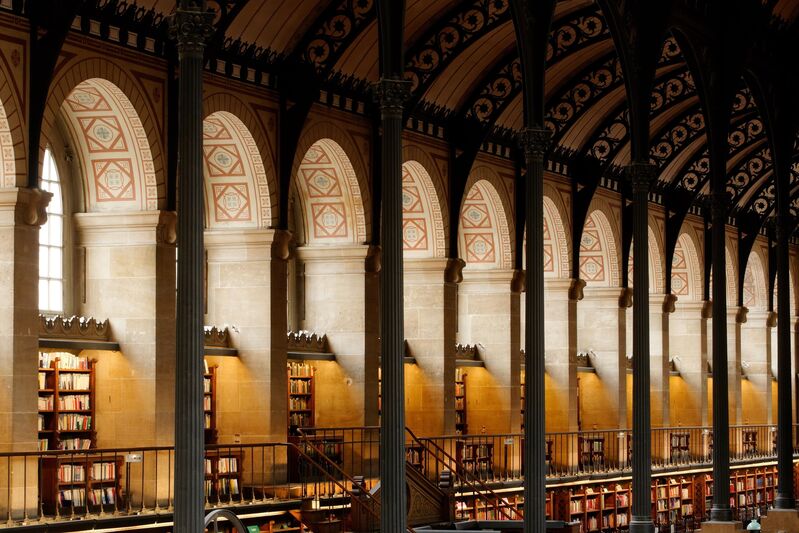 Beyond even that though, what must have been the most stunning for those visiting it in the 1850s  was the slenderness of the steel columns.  Used to the large and heavy stone or wood structure of contemporary buildings, the lightness and slenderness of these columns must have been wonderous to behold, mixed with perhaps no small amount of trepidation.  Could something that thin support so much roof? 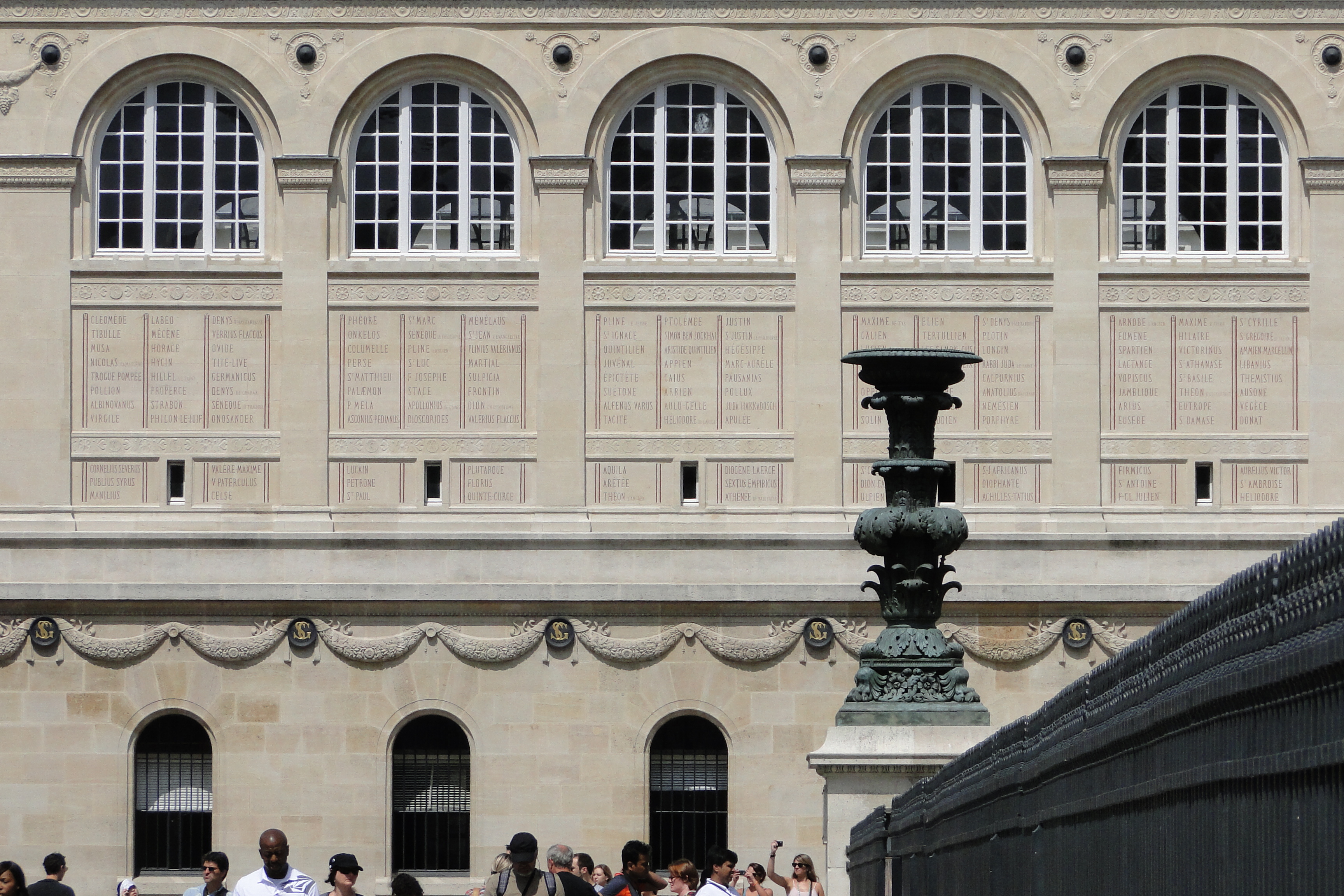 This building was also somewhat of a first in that it was a public building that paid more attention to its inside than its outside.  That said, the outside is a classic creation with a decidedly unclassical twist:  the inside is reflected on the façade (ie, the function informed the form).  Check out the representation of the book stacks from within, complete with author’s names.

Definitively a momentous architectural work and still a wonder to this day.