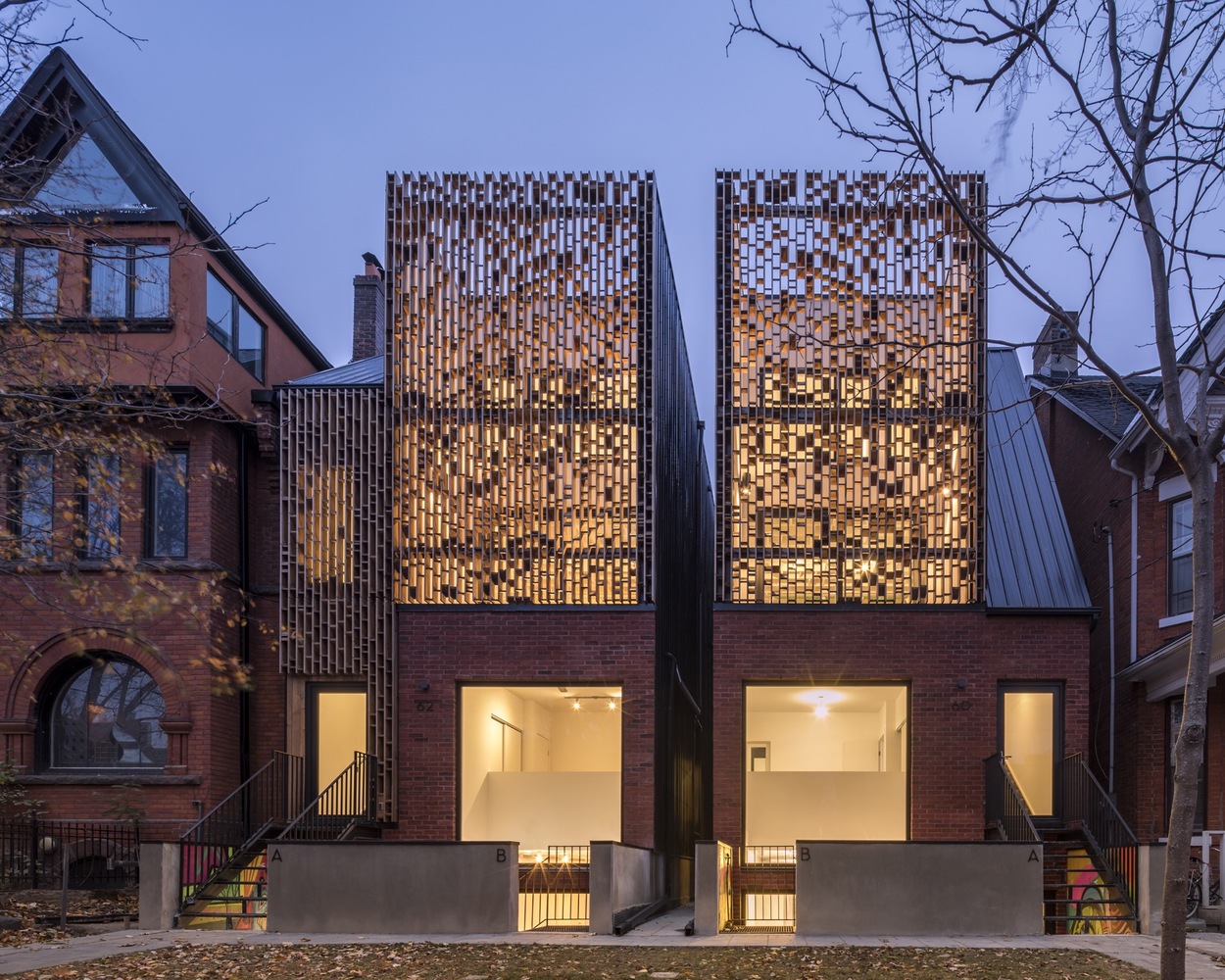 I didn’t see this one while I was last in Toronto (though now it’s on my list), but this is a very cool pair of duplex houses. 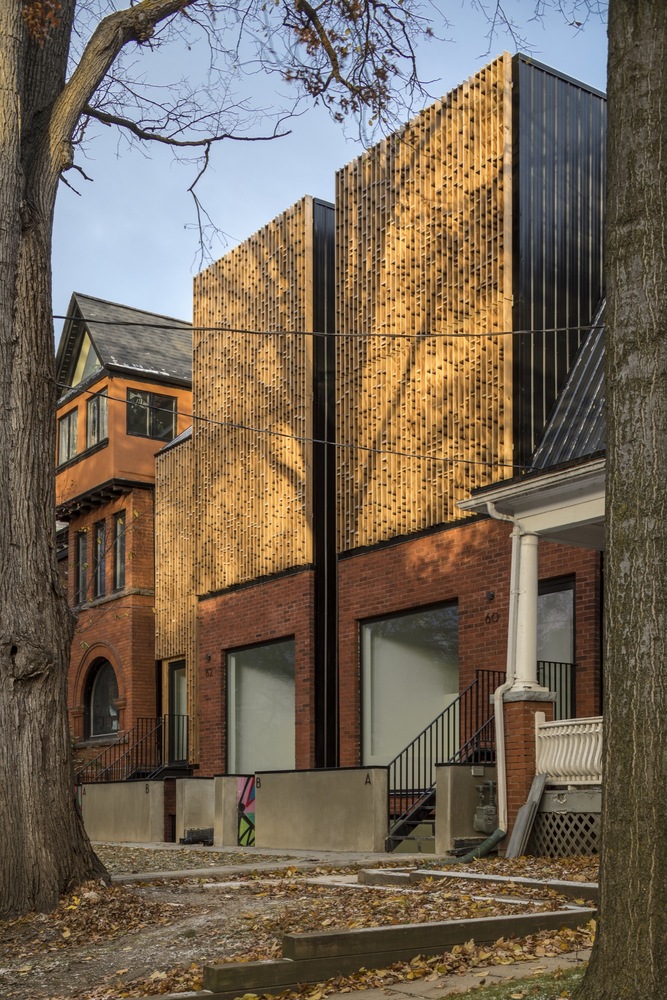 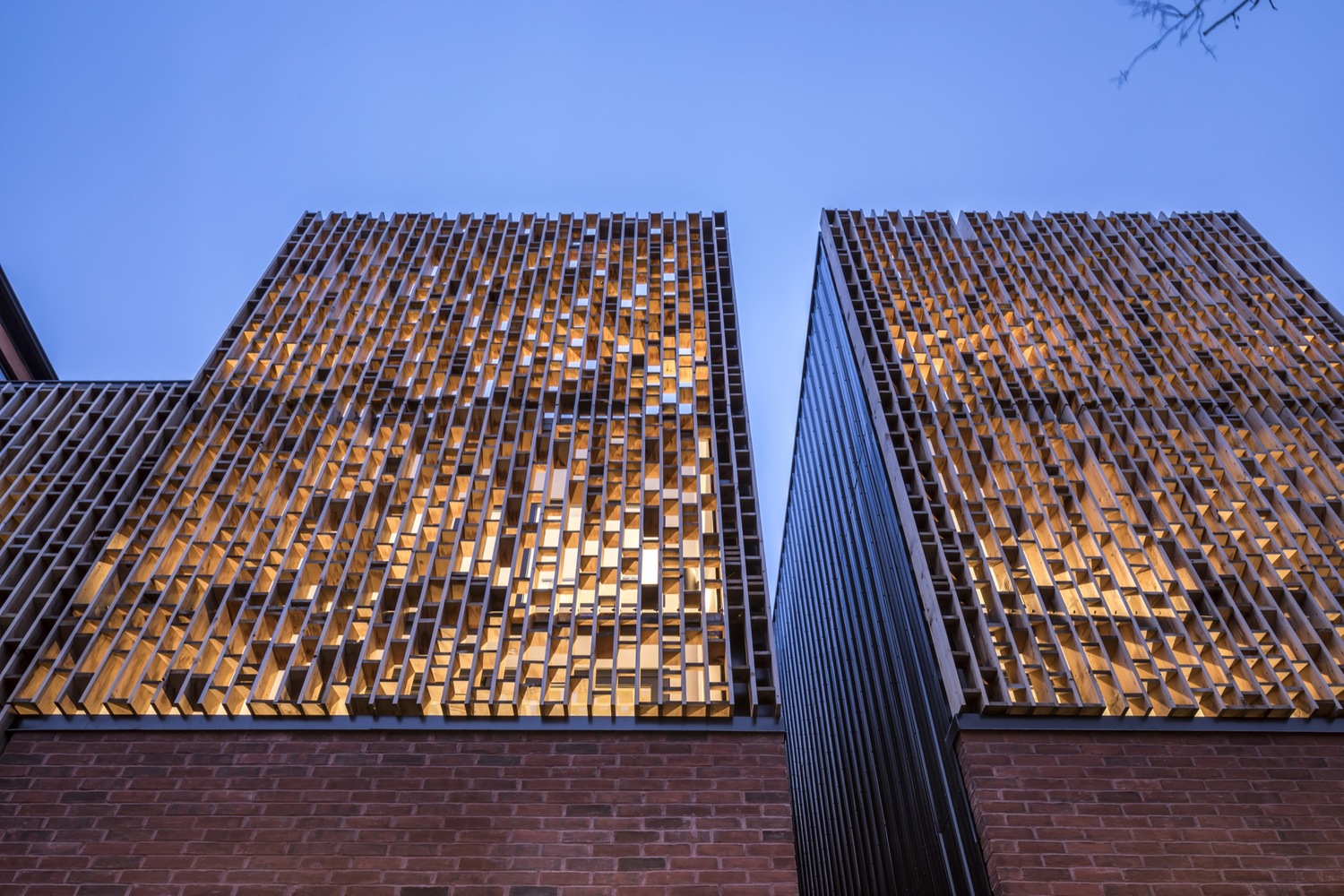 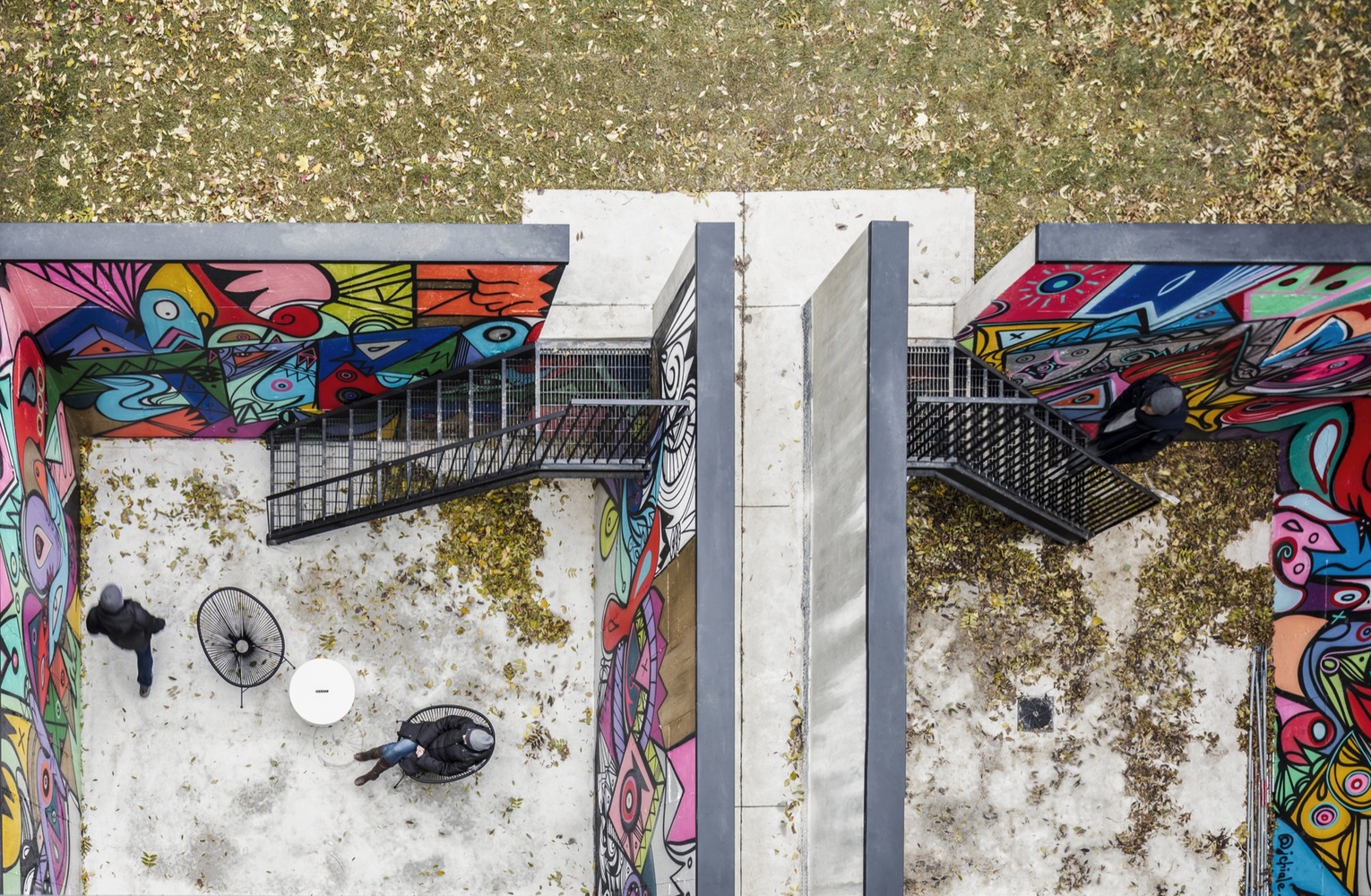 The two units in each house are stacked atop each other, and there’s a mirroring effect between the two of them.  Sunken courtyards (replete with colourful murals), generous windows, and multi-story spaces make the lower units dynamic and filled with light.  But no doubt it’s the scrim on the top floors that catch the eye, both from inside and out.  Made of wood with a seemingly random pattern (but that supposedly draws something, though I can’t see it), the scrim also screens a raised patio. 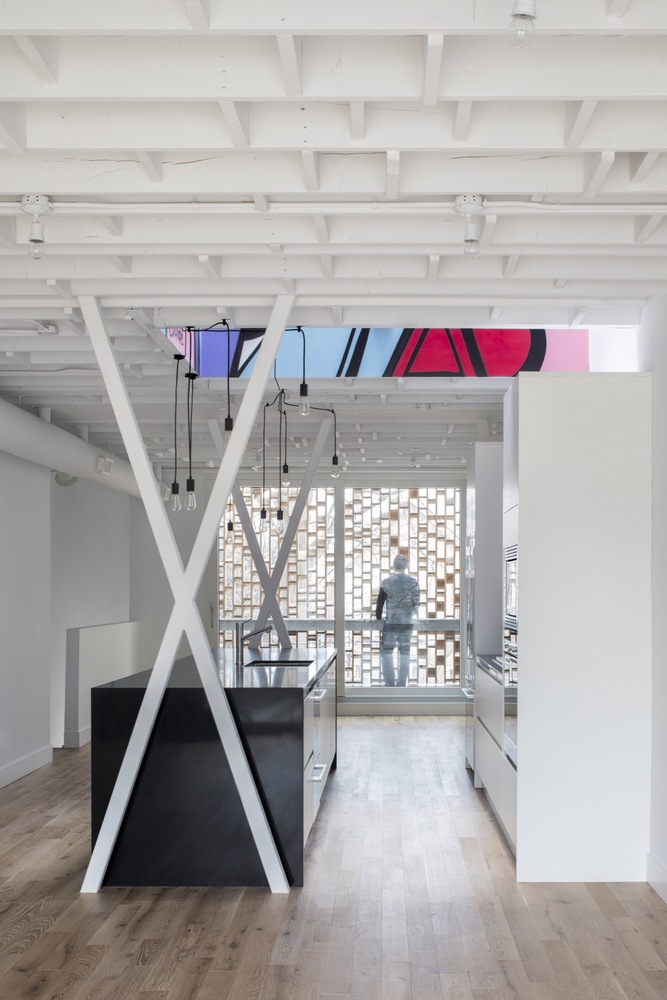 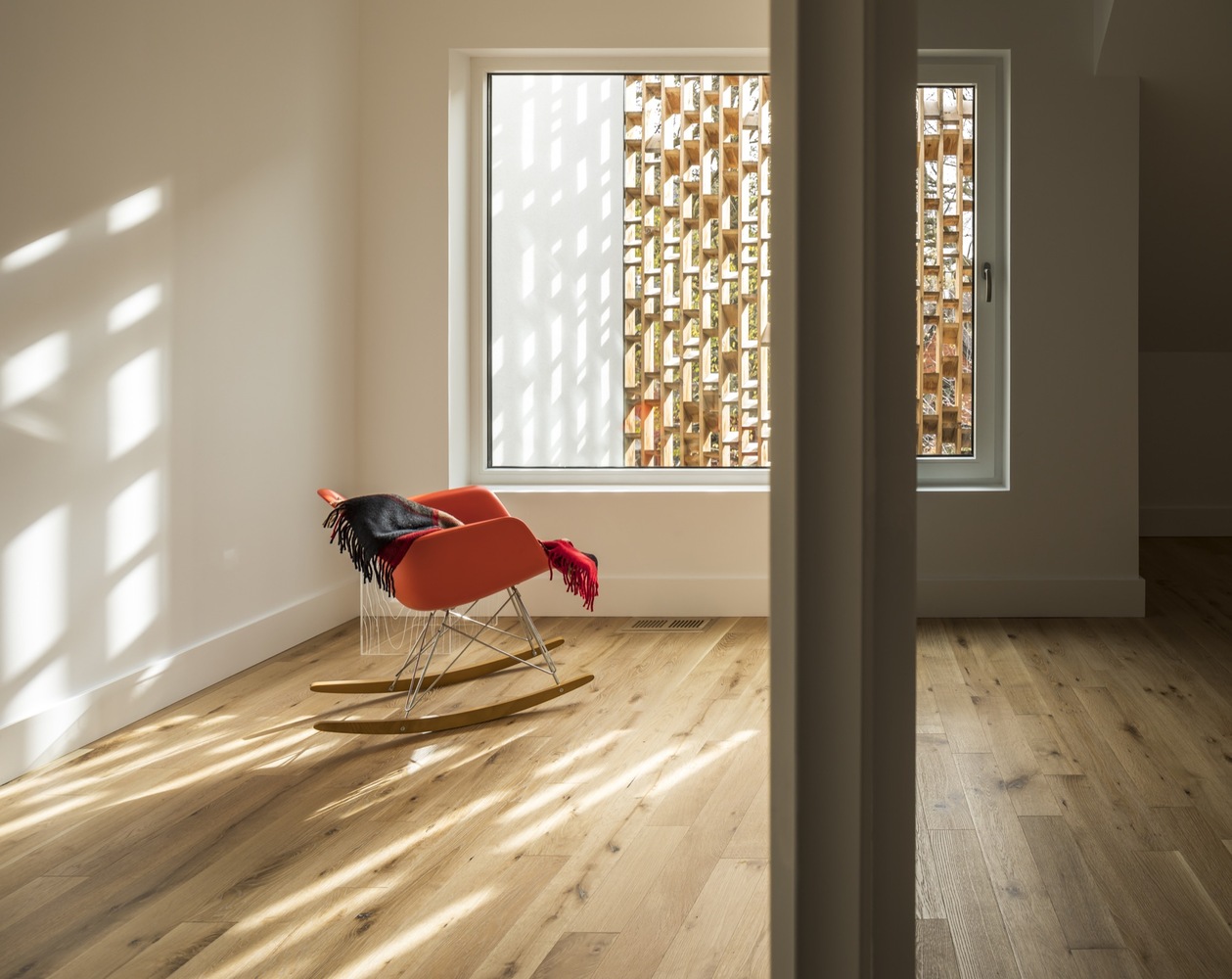 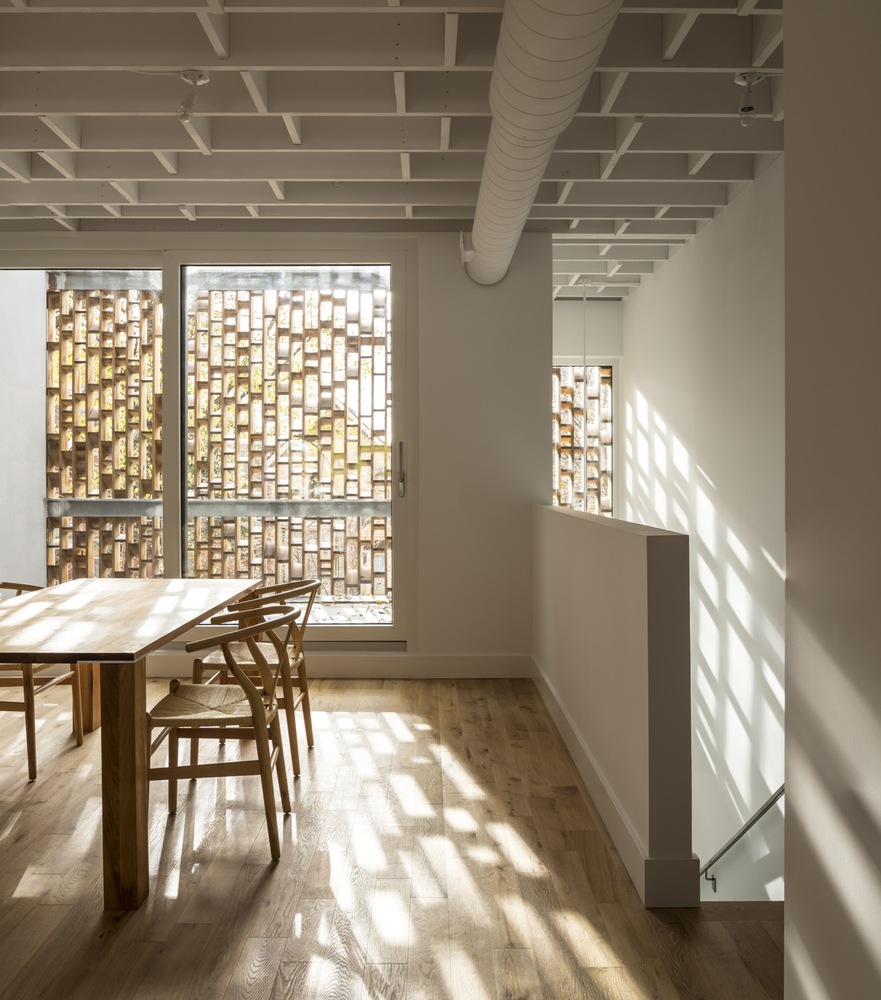 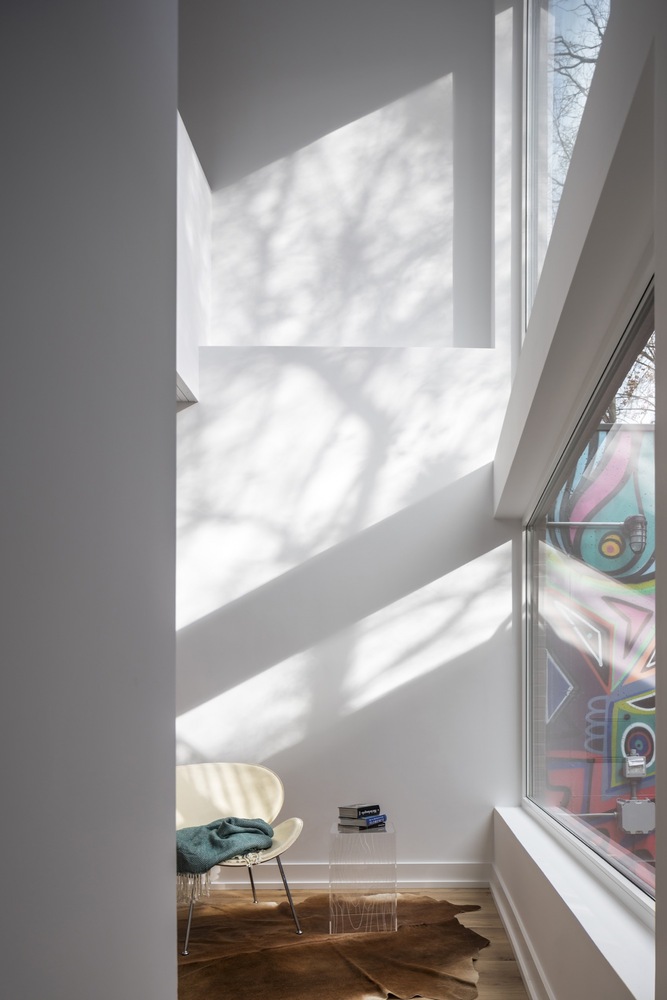 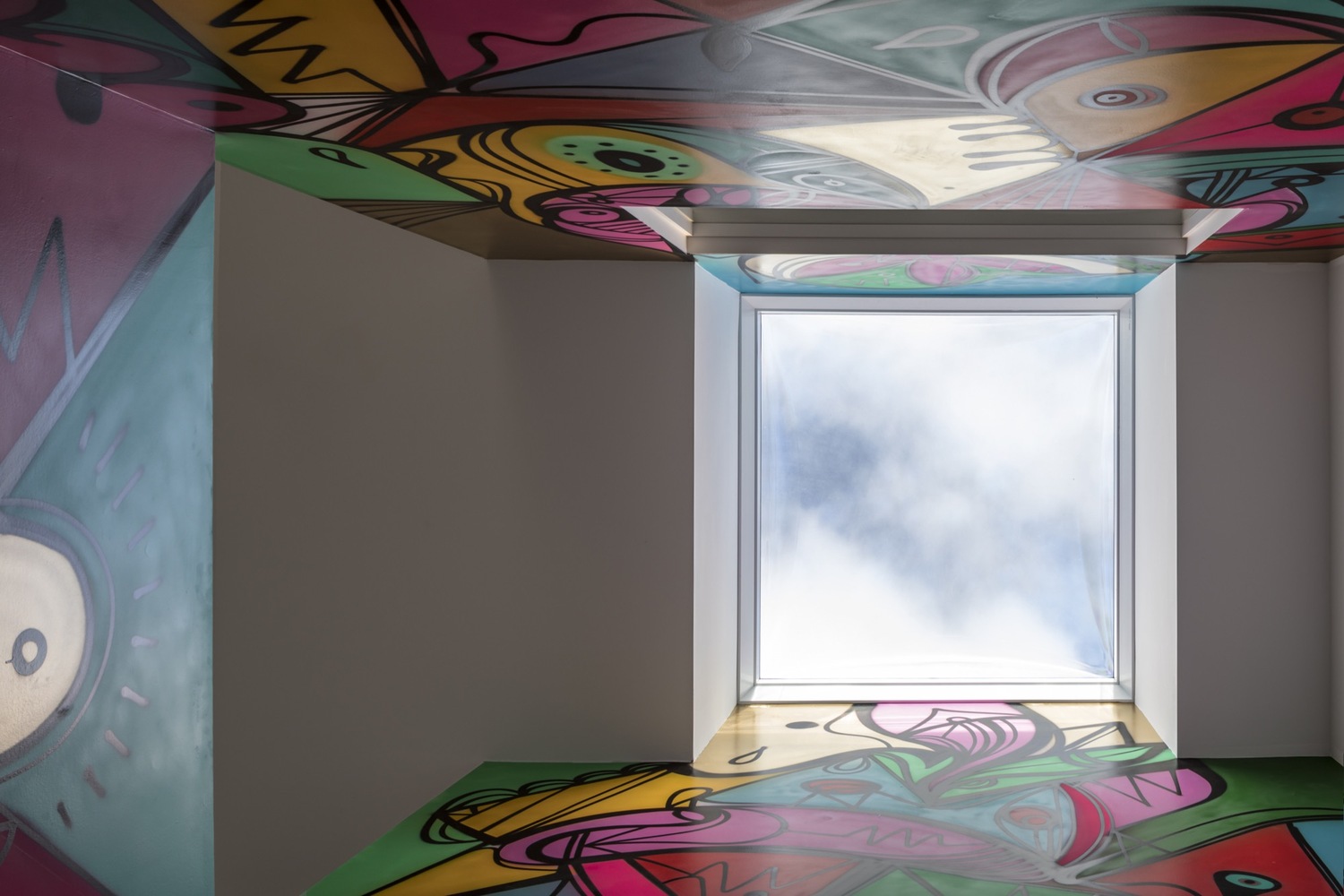 Inside in both units, the skylights, courtyards, murals, and, of course, the scrims make for some pretty nifty living spaces. 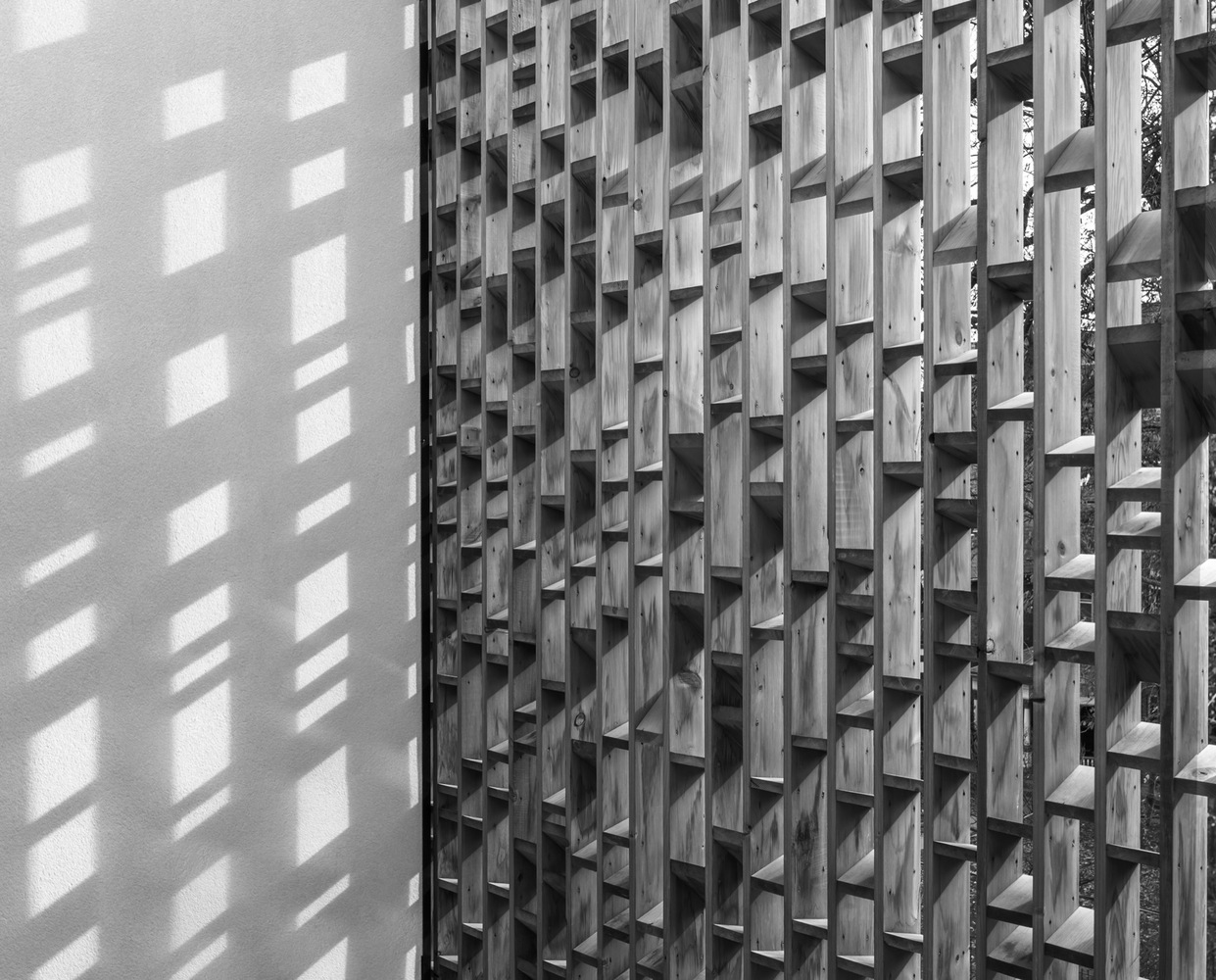 They’re simple but thoughtful moves that elevate this from the typical banal box of a house into something much more exciting.  Great suff.