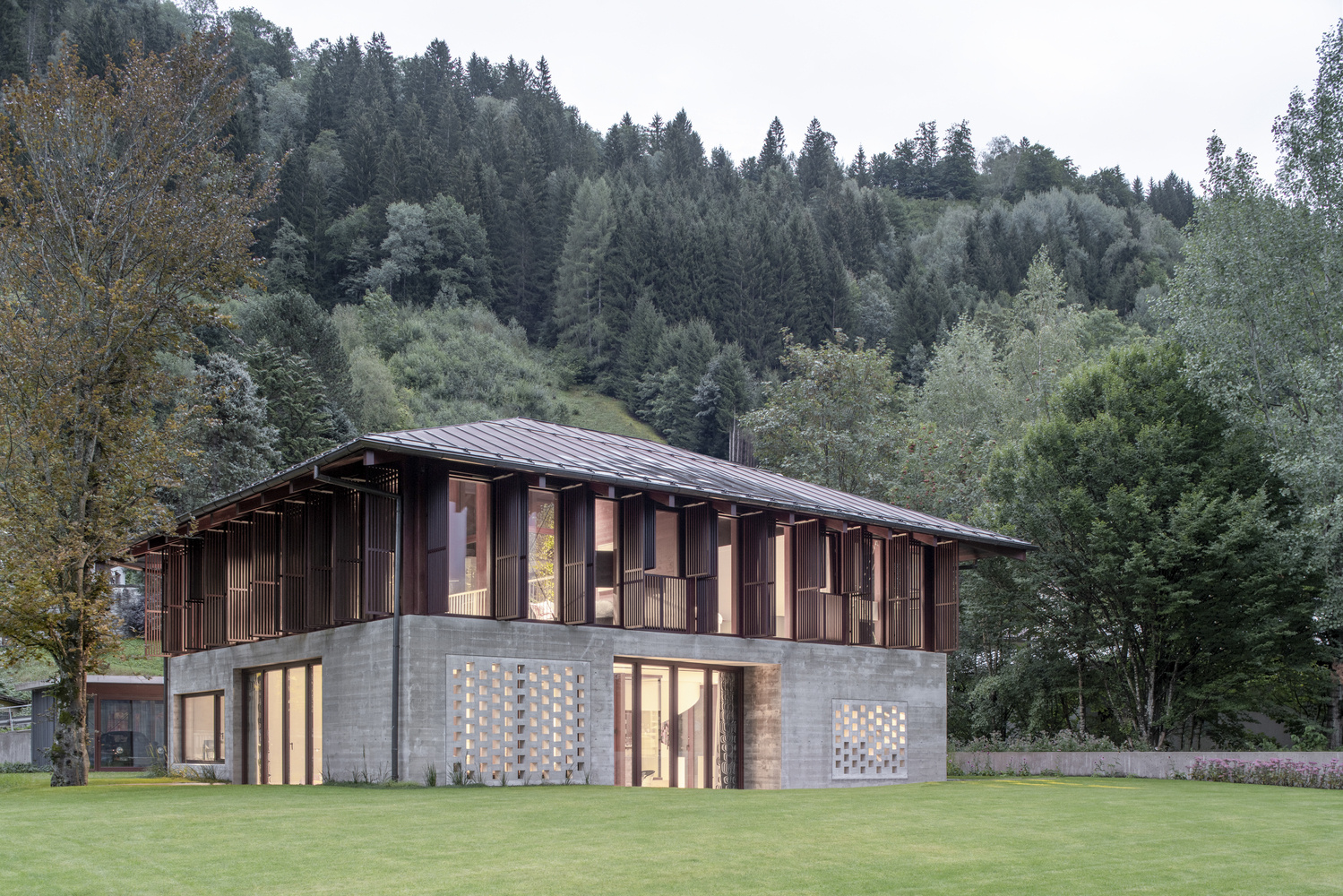 There’s something quite appealing to me about the “simplicity” in this house design, with its solid, board-formed concrete base topped with an airy wood top that’s entirely ringed with windows. 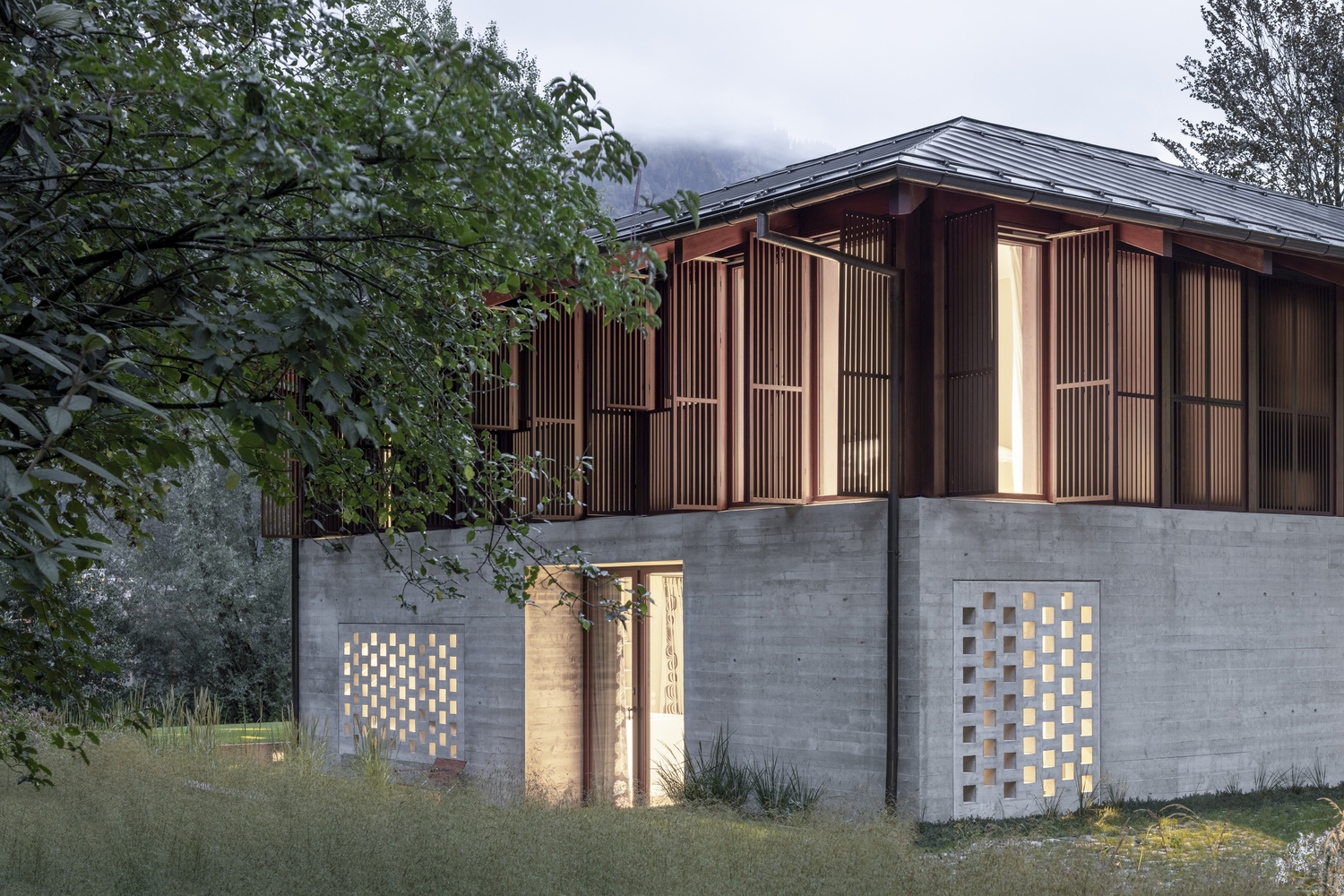 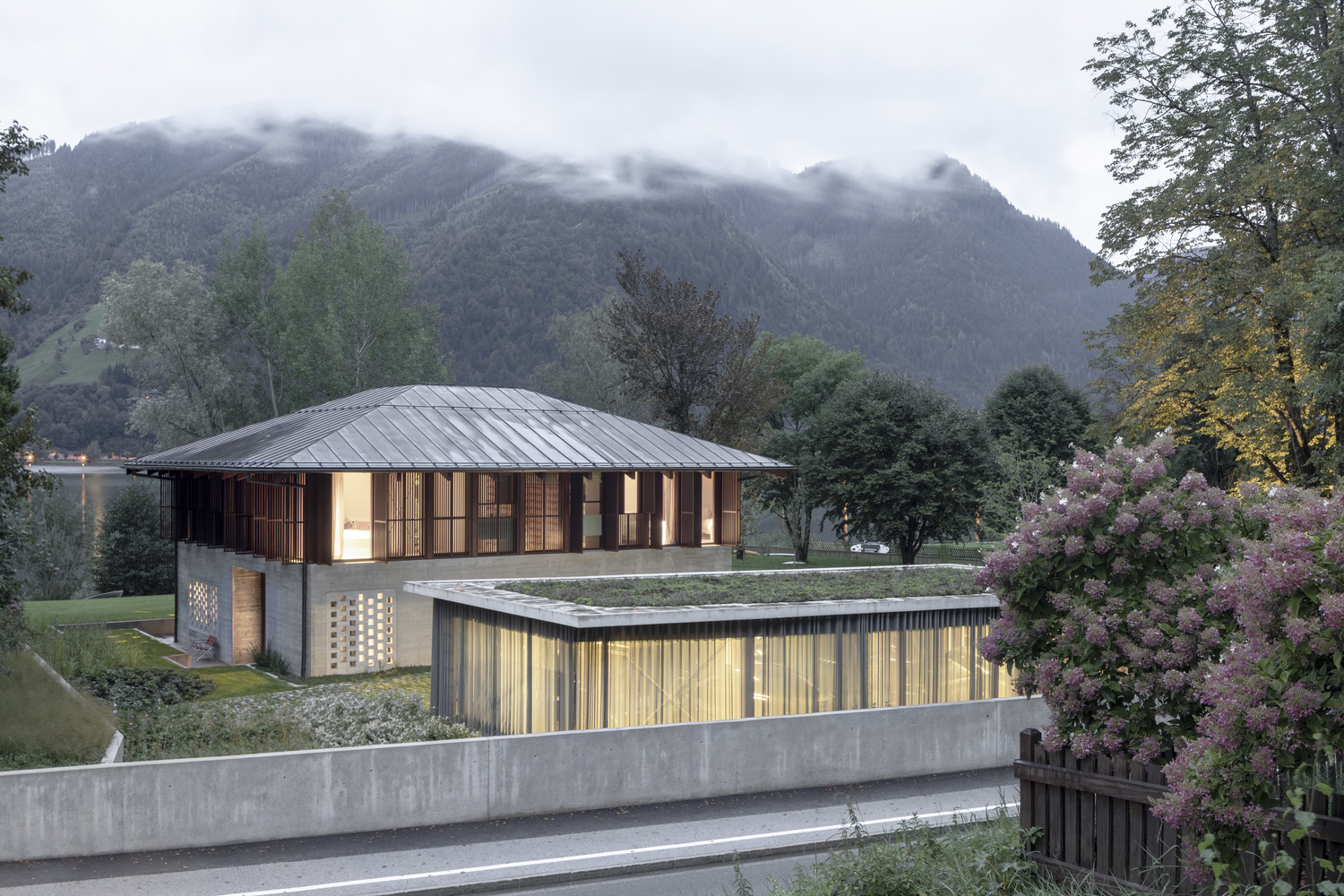 Though the base is created in concrete, there’s plenty of openings, some with a perforated concrete screen, and similarly though the upper story is all windows, each has a shutter as well.  The mix of the concrete base, wood mid, and steel roof all are well proportioned and pair well into a most pleasing combination. 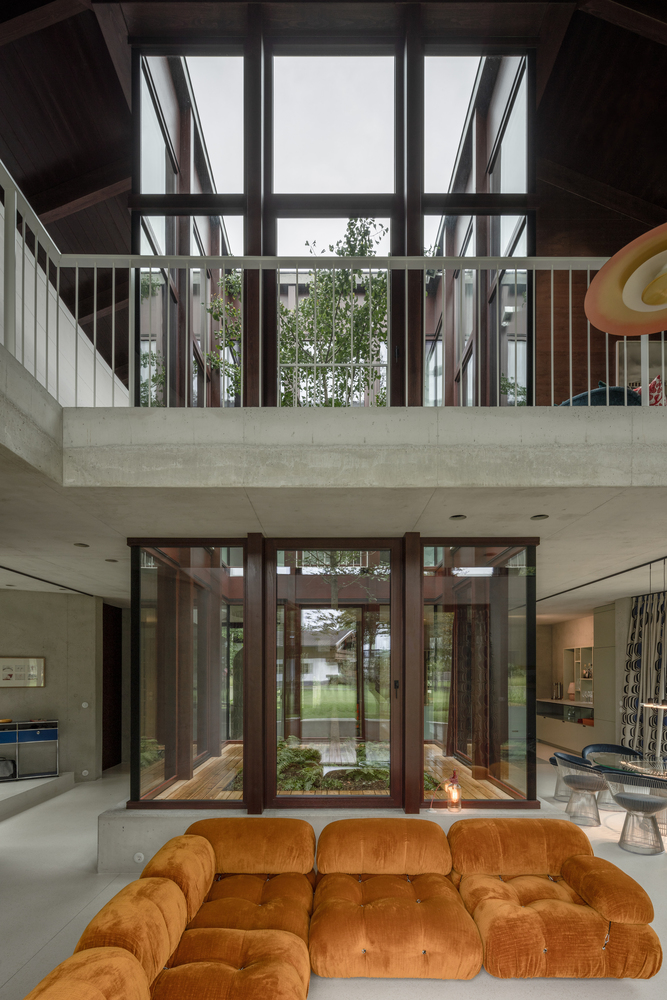 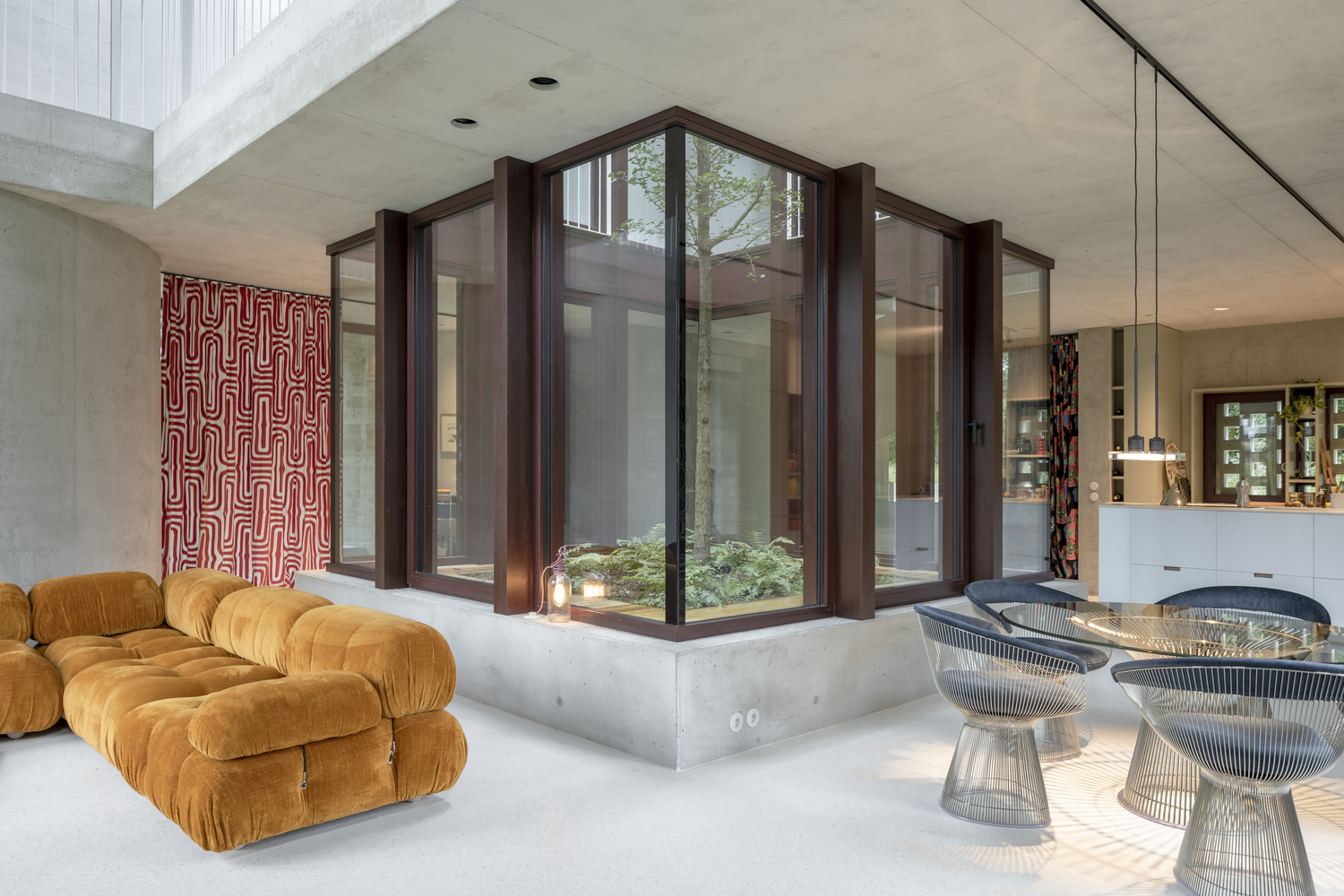 Oh, and it’s got a two-story courtyard down its centre, because apparently I am very much on a courtyard kick right now… 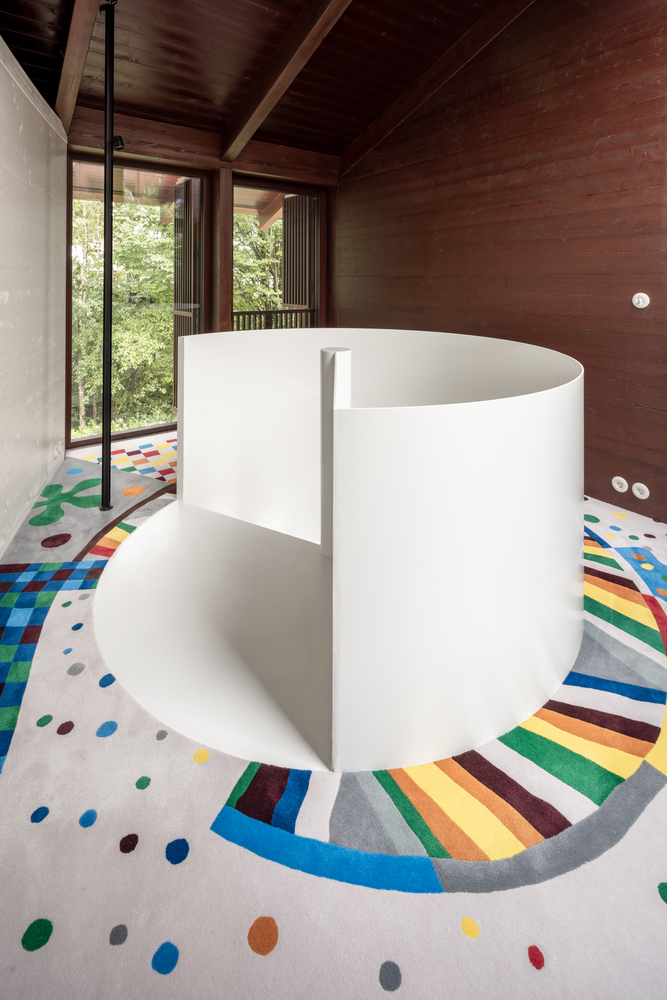 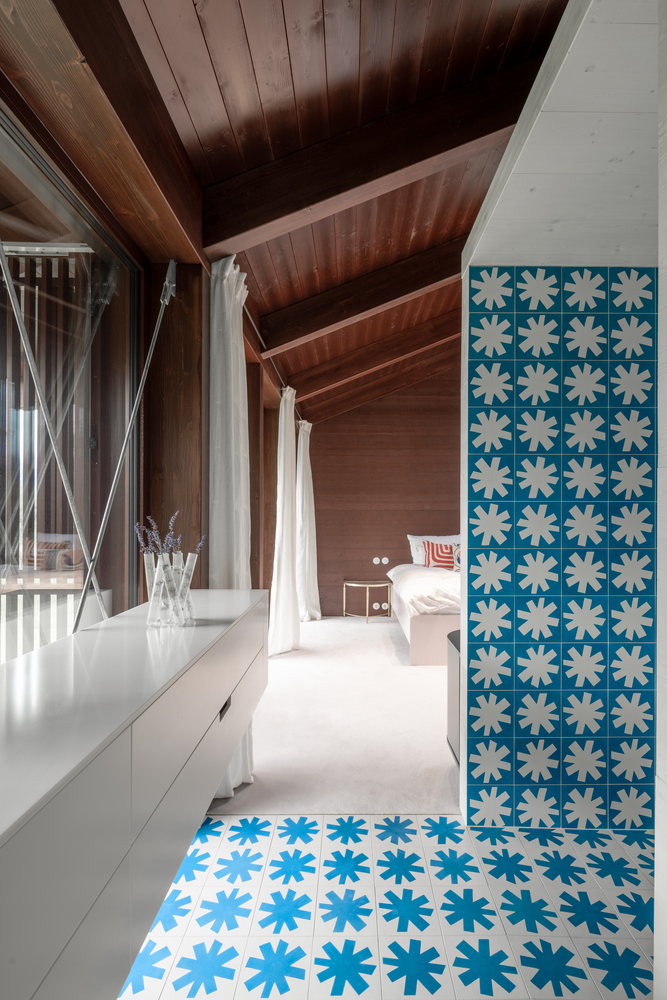 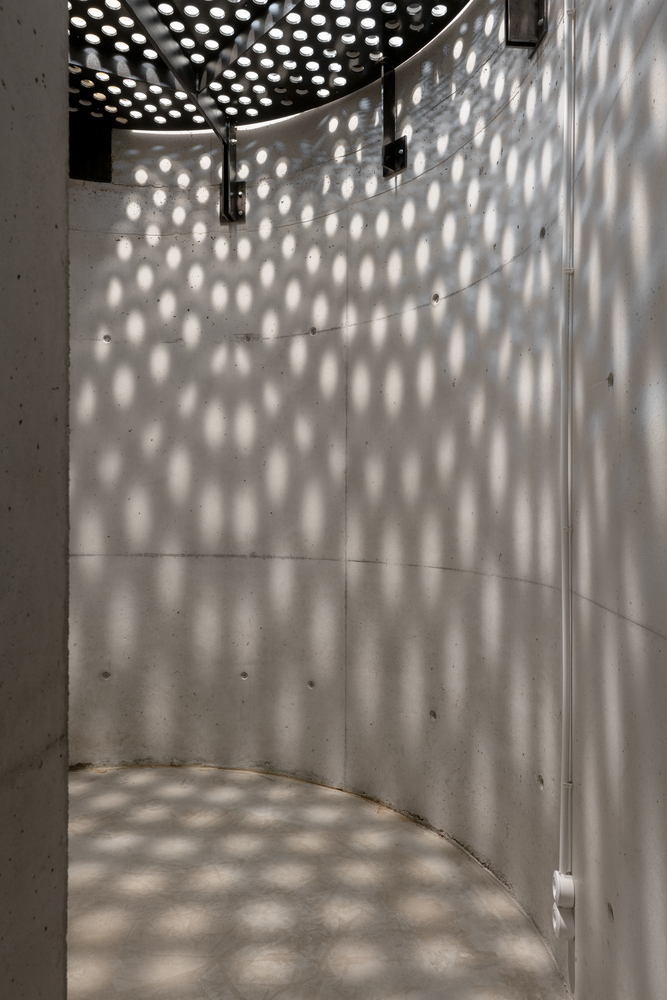 Unfortunately there aren’t too many photos of the inside that show the gamut of different spaces that the plans hint at, so we have to let our imaginations fill out what’s just offscreen. 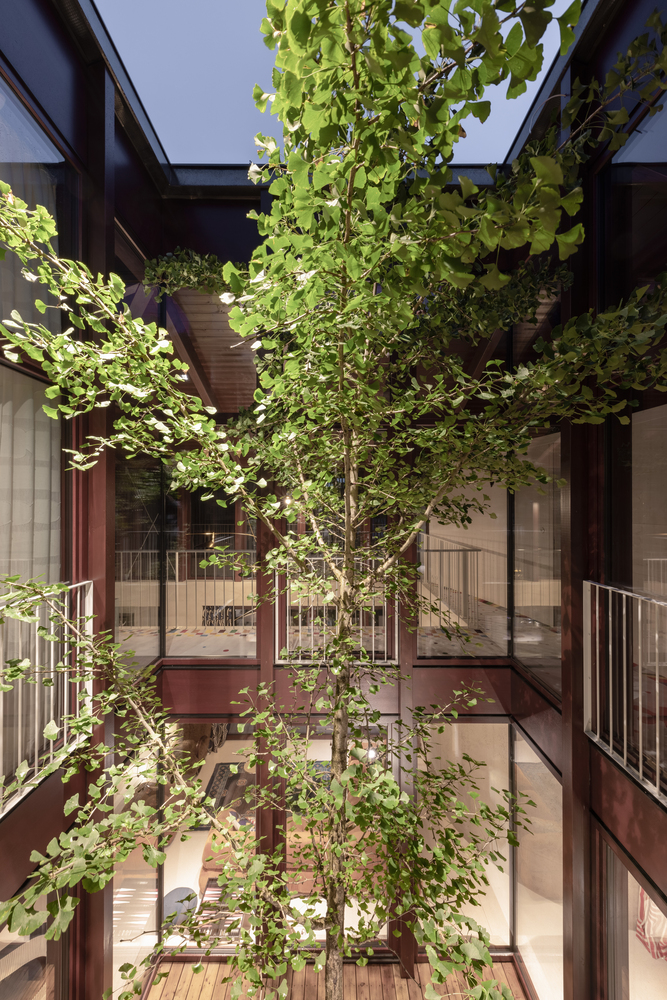 On the whole, solid work!