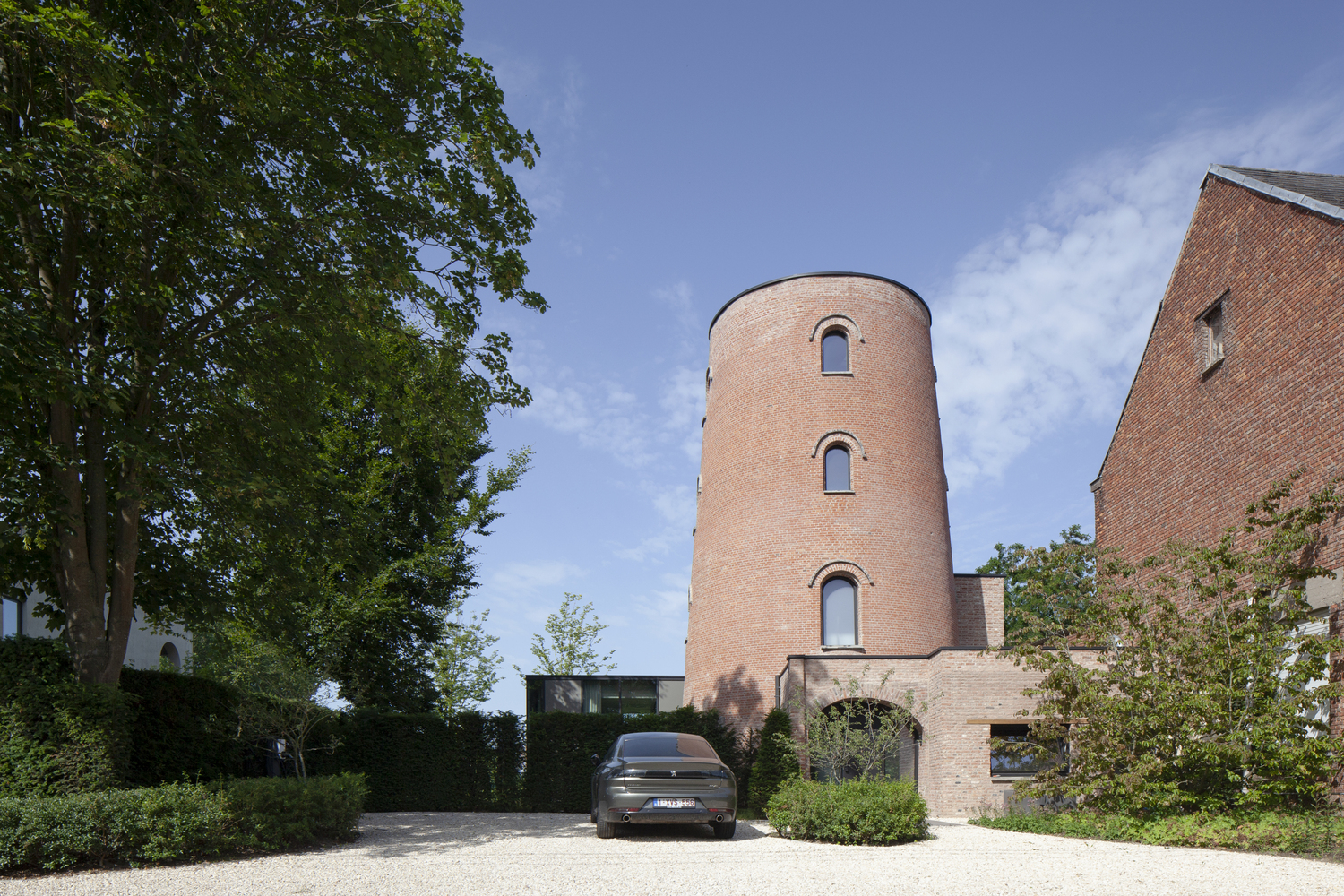 Is this a house for Rapunzel?  Sure, why not… but it’s even cooler than that!  Take a restored hull of and old mill as the literal core, add an airy addition to one side to compliment the heavy brick construction of the mill on the other, and you have a most intriguing place to live. 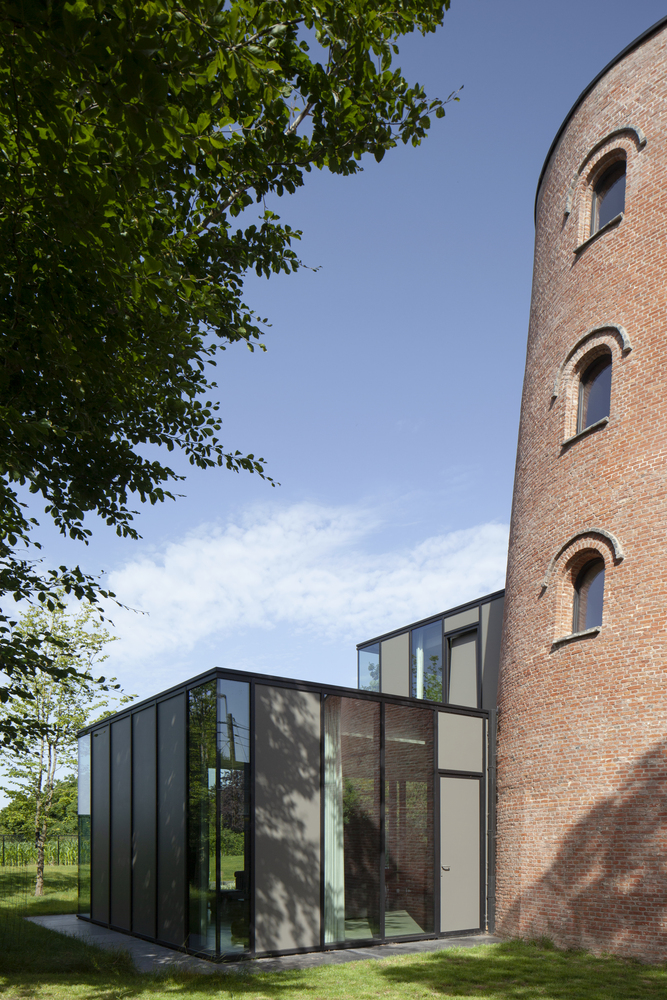 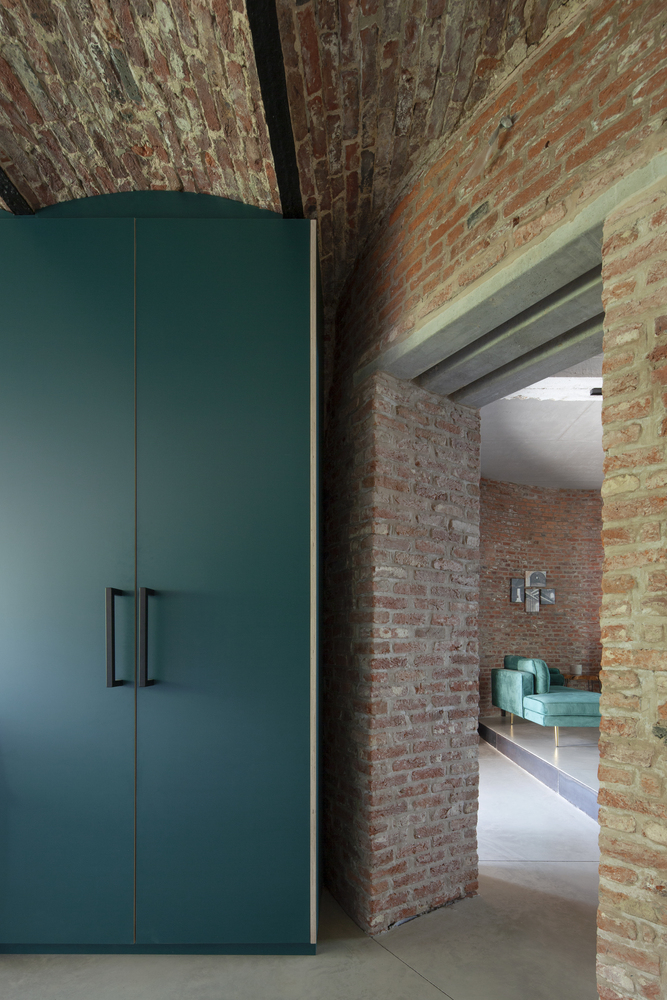 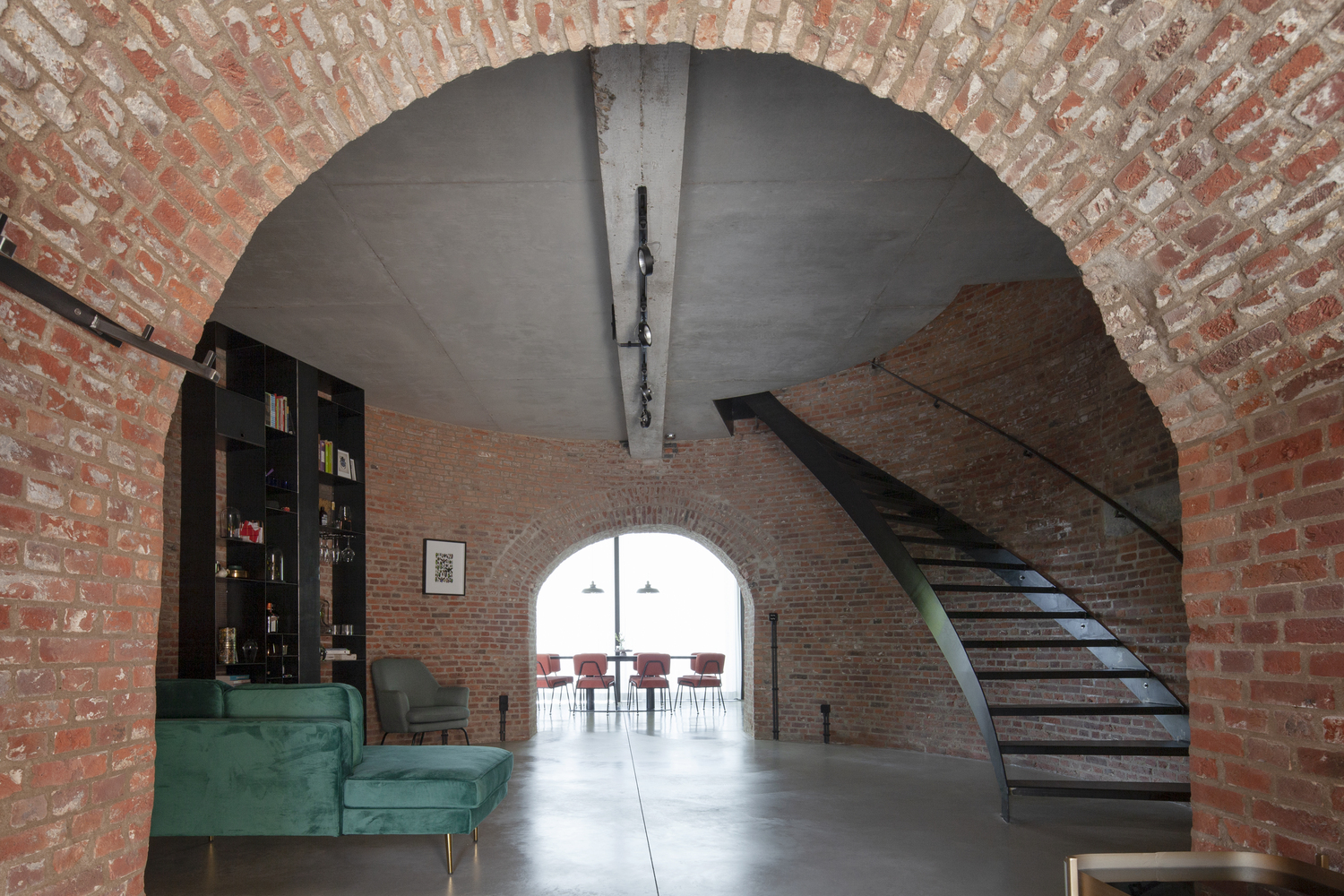 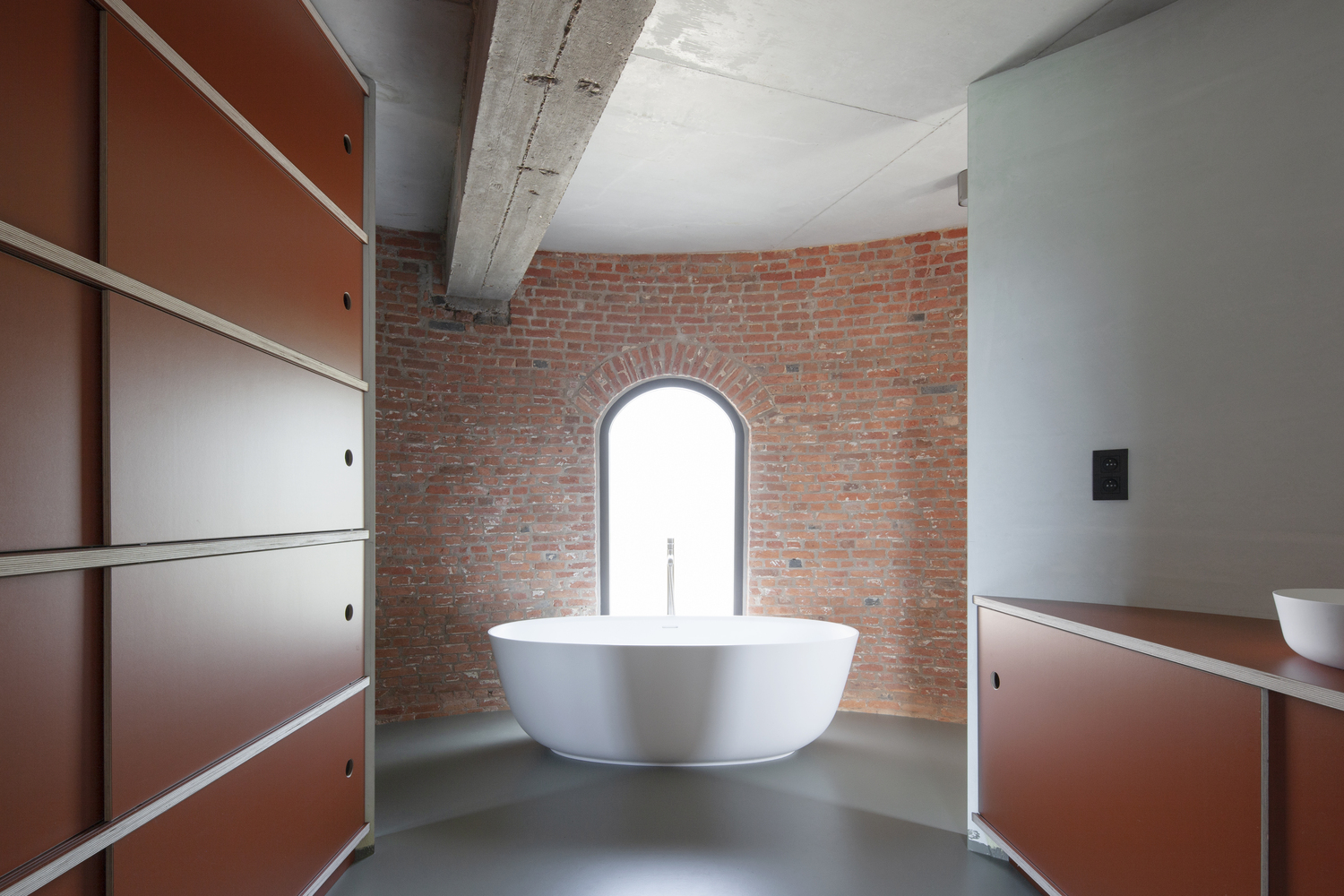 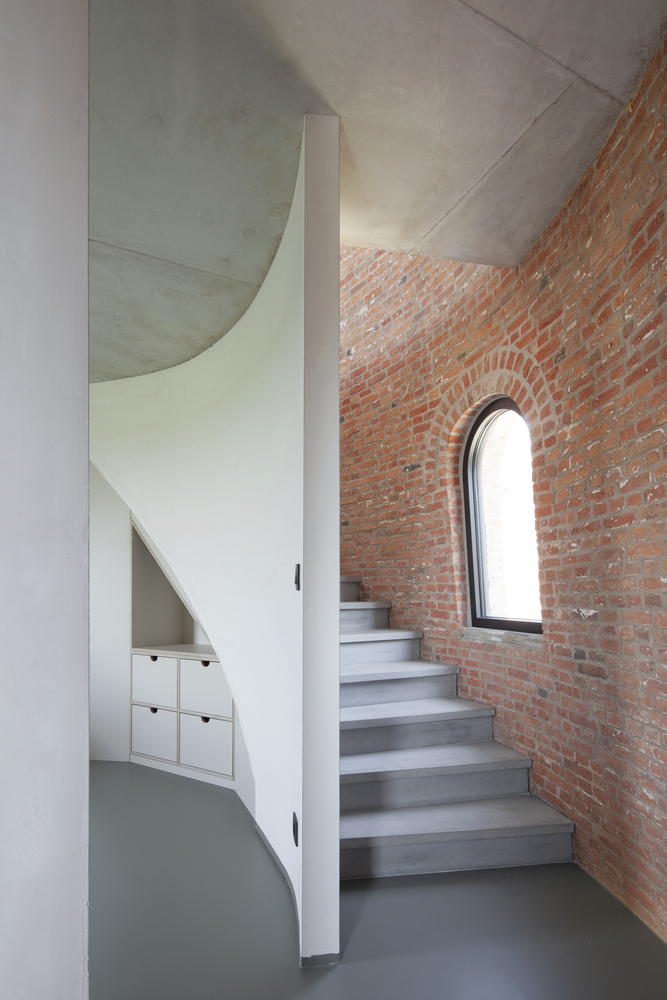 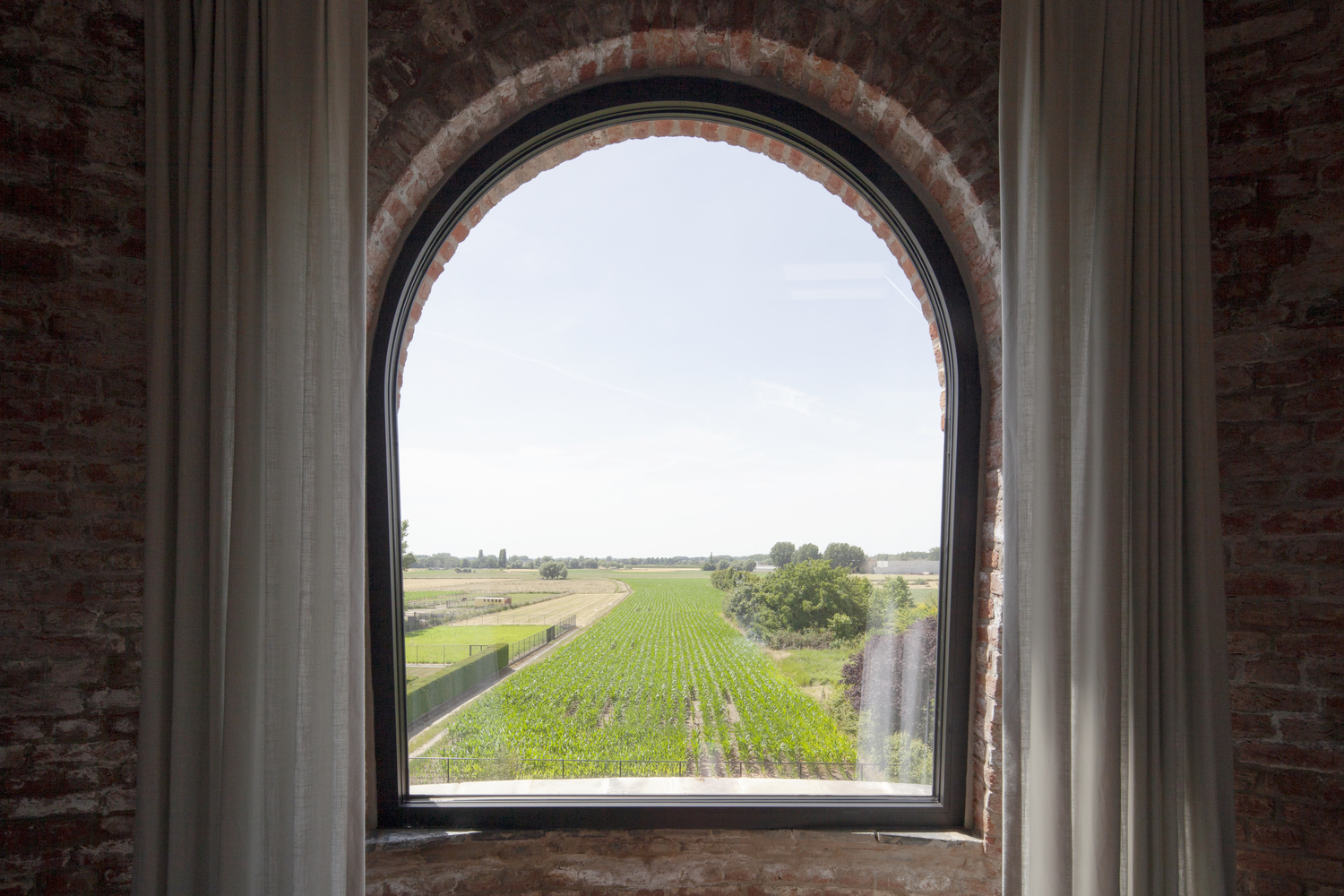 Not surprisingly given both living in a tower but also its smallish size, the tower, there’s a lot of vertical division going on within, with the library on the first floor, the bathroom on the second, bedroom on the third, and crowned with an office (with a view!).  All accessed by a sweeping stair that travels along the outer edge and punctuated with arched windows. 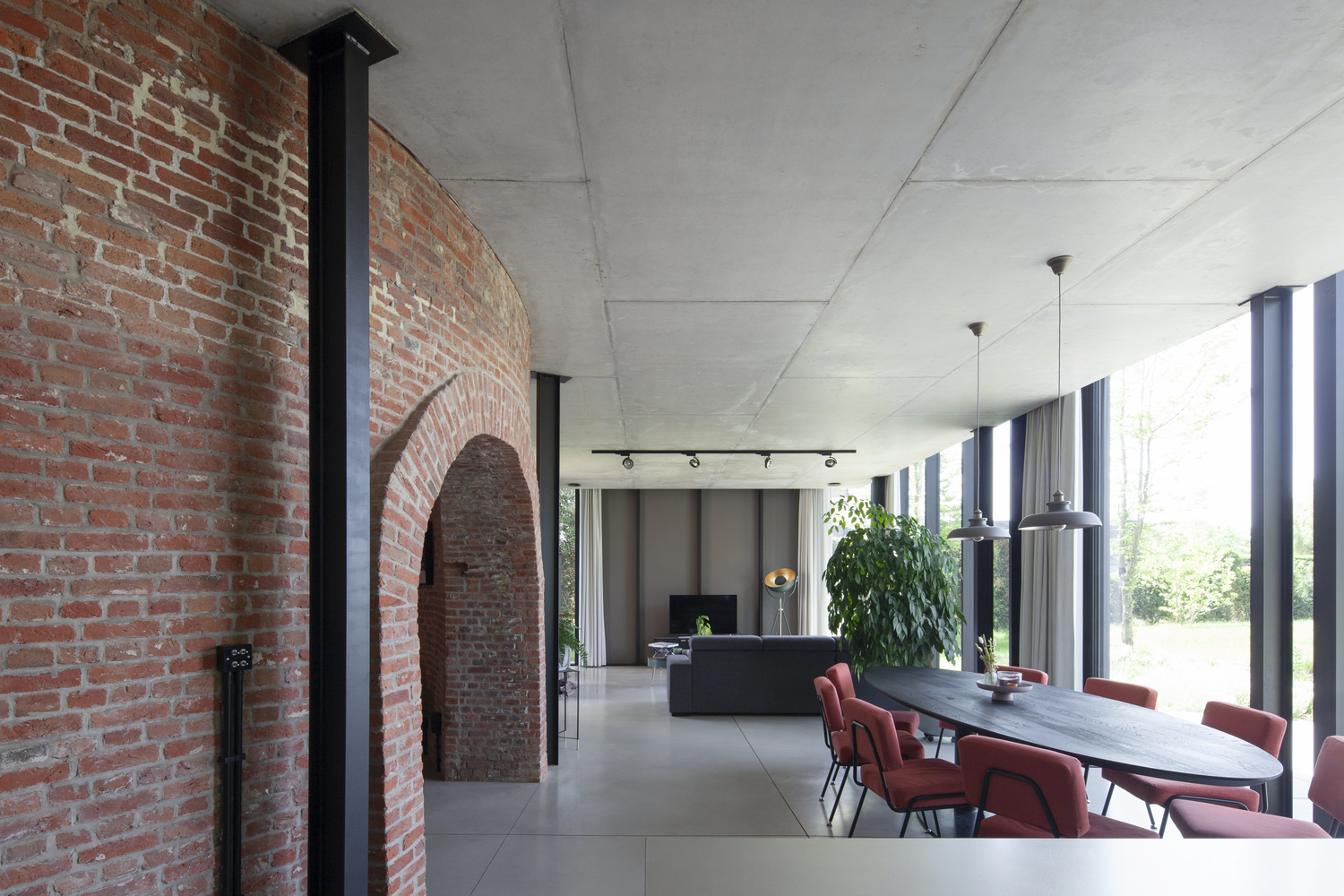 This photo shows off much of what I love here, including the way the heavy texture of the brick plays off the slickness of the floors and the steel and glass addition.  And the fun of tower living!  But also how much that arched opening into the brick tower it looks like a giant pizza oven…