A fun little adventurous tale, tracing the clues and seeking out the history/explanation for strange spots on the landscape!

When I got a paper route as an early teenager, I learned one of those things that makes complete sense in your head but is somewhat impossible to grok on a complete level until you experience it first-hand:  A single newspaper hardly weighs a thing.  You don’t even think about it.  But stuff 30 to 60 of those things in a bag and sling it over your shoulder?*  HOLY THE COW that’s heavy!

Which is just a positively visceral way of learning (and getting) that maybe there is no such thing as a “little thing,” for many little things quickly add up to something quite large.

Which, perhaps not surprisingly, applies all over the place.

Often, we think about in terms of making a difference.  Much like the pulling of the Trojan Horse, this means that even though we may put in a little bit of effort towards something, when we collectively pursue a grand intention even giant things can be brought into being or (even easily) moved.

However, it is equally important to remind ourselves that this applies equally to the destructive side of things.  When we collectively pursue poor intentions, whether consciously or not, whether individual or shaped by the systems we’re surrounded by, or whether by callousness, great things can be destroyed.  This includes, by the way, instances of not taking action.

The seductive thing about it is that our thought on it does, in a narrow sense, have some truth to it.  “If I do this/don’t do this, it’s just me in a big sea.  It won’t make any difference.”  Sure.  Except it’s almost never really just you, or one person.  It’s multiples.  And the more who do/don’t do it, the more who also get on that same boat and do/don’t do it, until the impact is downright deleterious and far worse than just a sore shoulder.

And so the “newspaper bag” effect applies both ways.  The game, therefore, is to remain present and recognize that our actions (or inactions) do matter and do have a greater impact on the whole.  And from there, choose who we are going to be, and what we are going to create.

* Interestingly, and fortunately, I had come across how some of the First Nation communities carried things in backpacks that weren’t supported in the “usual” way, but rather by a strap around the forehead.  This is because, as it turns out, the neck is one darn strong muscle.  So that’s how I carried my paper bag, slung down my back with the strap around my forehead, pulling it to the side only every few houses to grab a handful of newspapers.  No sore shoulder for me! 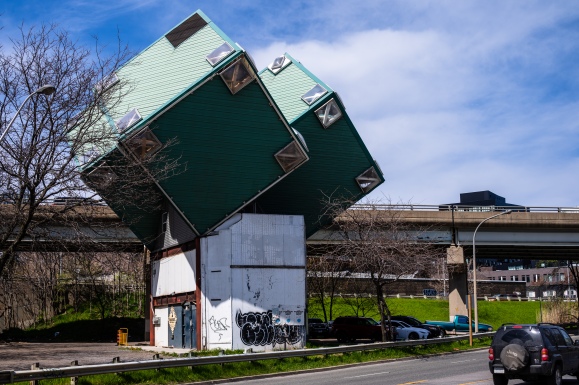 Coming upon this the cube house (that I visited couple of weeks ago) in Toronto is bound to launch some question marks into the air.  In the middle of a pretty industrial area, surrounded on many sides by busy roads and freeway bridges (though one side of this triangular property does face old-style connected houses), with nary a front yard or even mailbox… is this really a house?  Does someone even live there?

Yes, and yes.  And, while it looks in rough shape for its mere 26 years of age, and despite its very odd and rough location, it’s quite cool.

Built back in 1996 and inspired by Piet Blom’s complex of Cubic Houses in Rotterdam, it is only one of the gaggle of them originally planned buildings that was built.  As an aside, today its Rotterdam counterparts are super well known and popular and have become a tourist attraction in their own right.  But for what’s likely a myriad of reasons it, unfortunately, never took off here.  While the base is a bit inelegant, with awkward siding and windows below the cube, it still manages to create a nicely sheltered private balcony, leaves more of the site as open space, and creates an intriguing skyline. 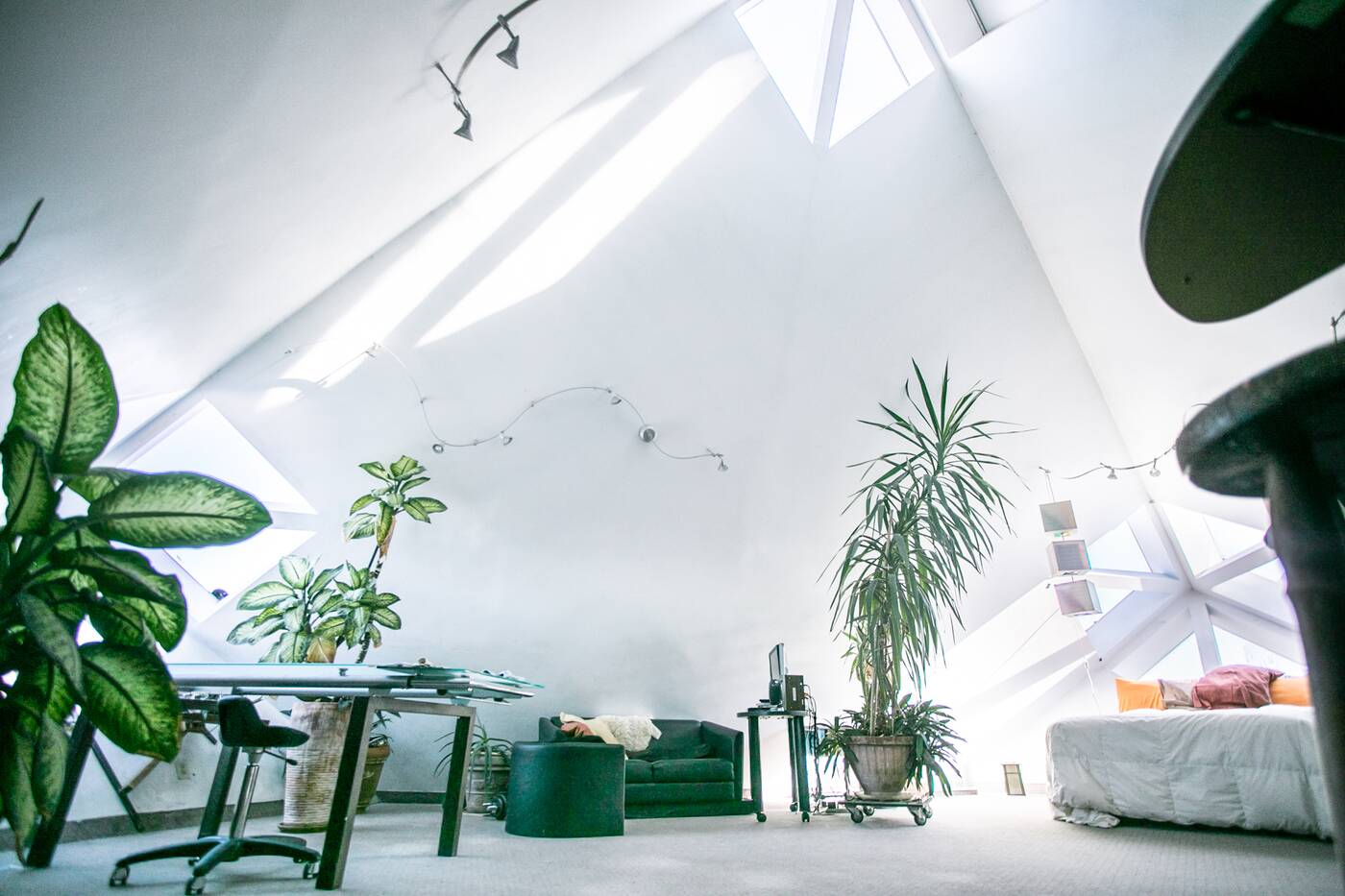 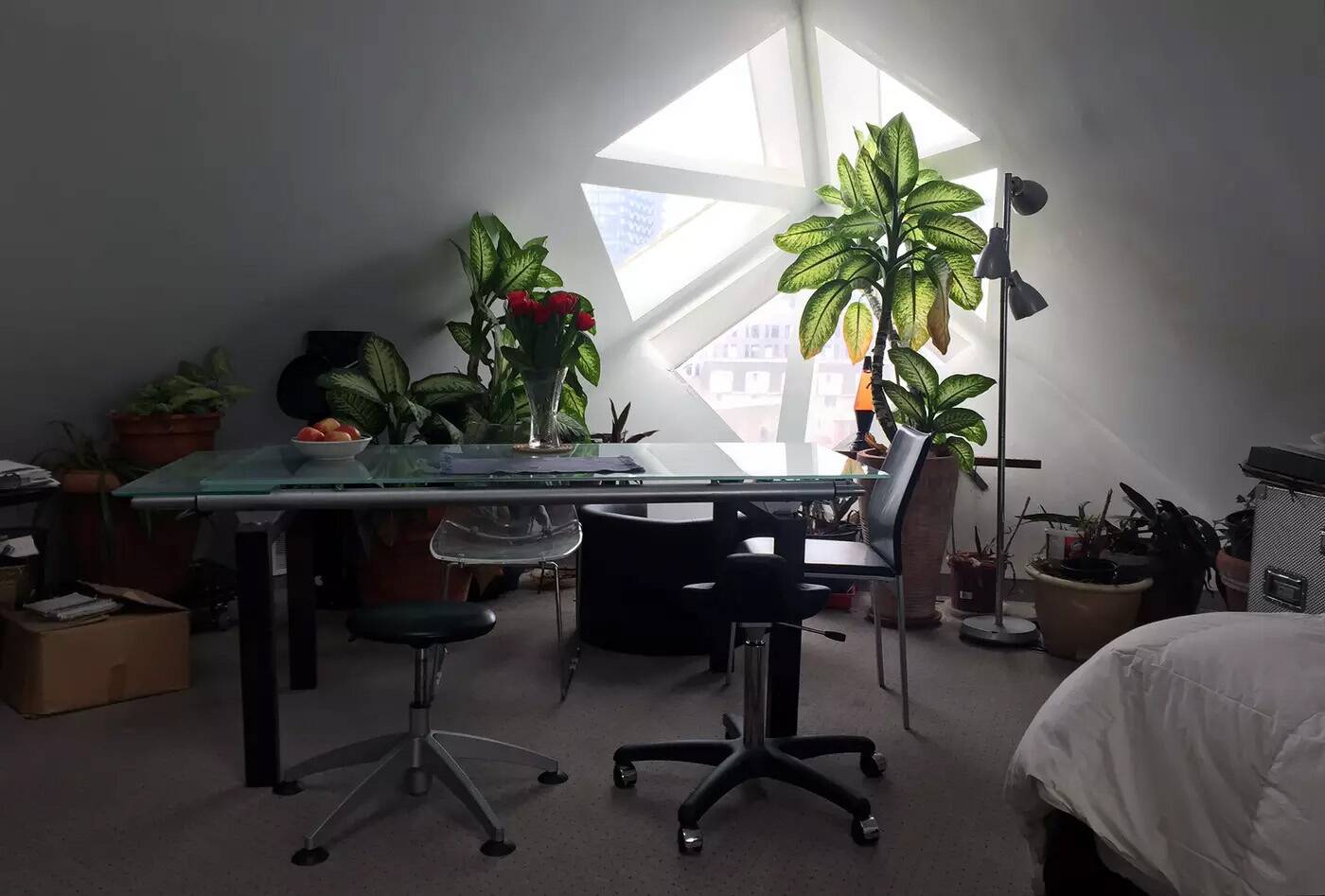 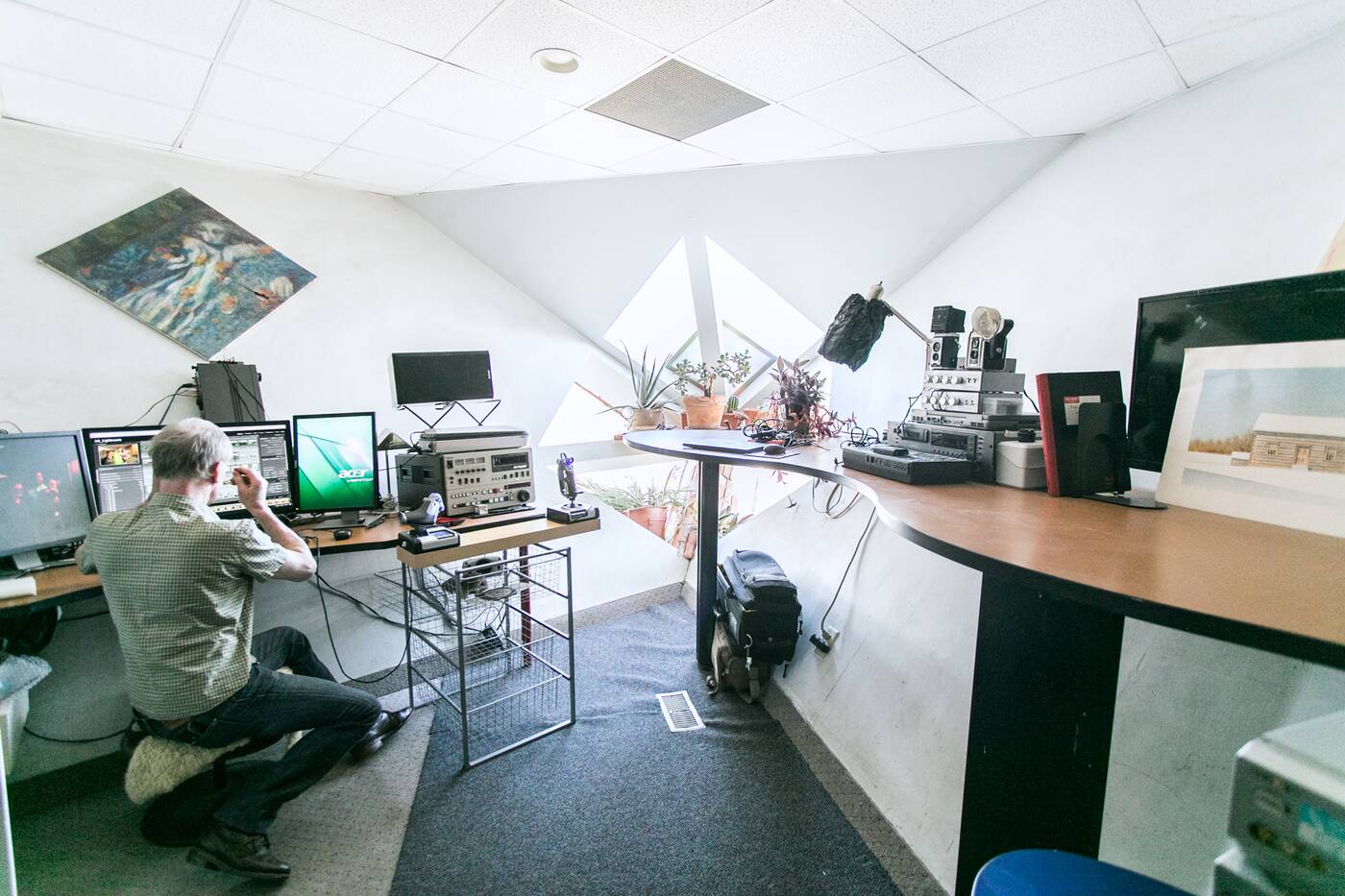 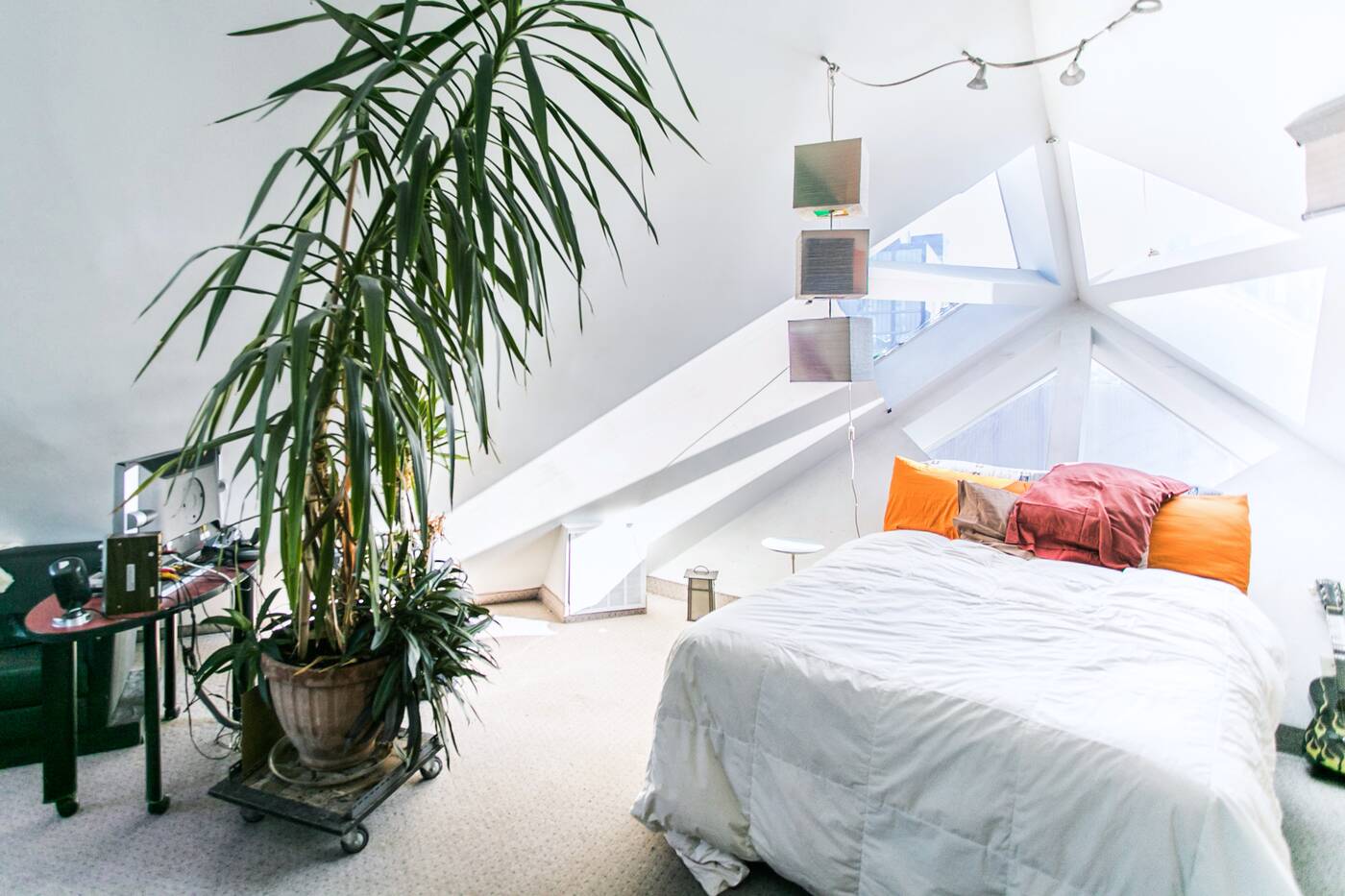 But oh my, the interiors!  The pure cubistic form of the exterior belies the space within, as each 42’ cube is split into three floors.  And with each cube balancing on its point the space inside is decidedly sculptural, accentuated by the light from the corner windows.  This explodes to the extreme on the top floor in each cube, where the ceilings soar upwards to a luminous point.  It is not unlike how it would be living in the upper gallery Liebeskind’s addition to the Royal Ontario Museum!  (Though this house predates the ROM addition by some years…)

I really dig it, especially those dramatic upper floors.  There’s been a redevelopment proposal recently entered into the city for the property, and I really hope that the house will be moved and preserved rather than simply torn down.

The Cube House by Ben Kutner and Jeff Brown.

Heyo everyone!  Out for a bit, be back in a couple of weeks… make it a great one! 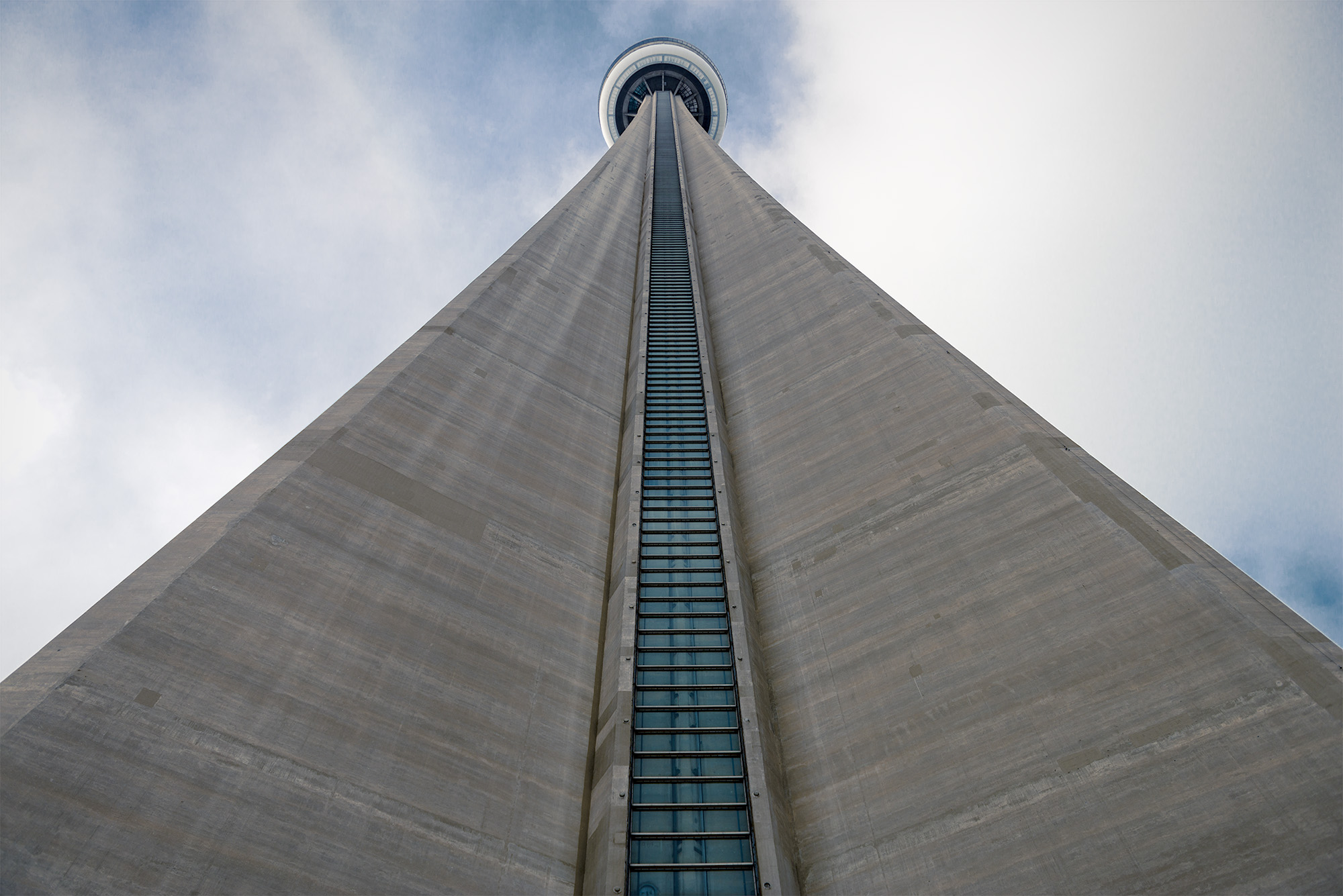 A lovely piece of animation, totally beautiful yet tinged with melancholy at the same time.

“It’s easy to confuse what is important,

with what is easy to measure.” 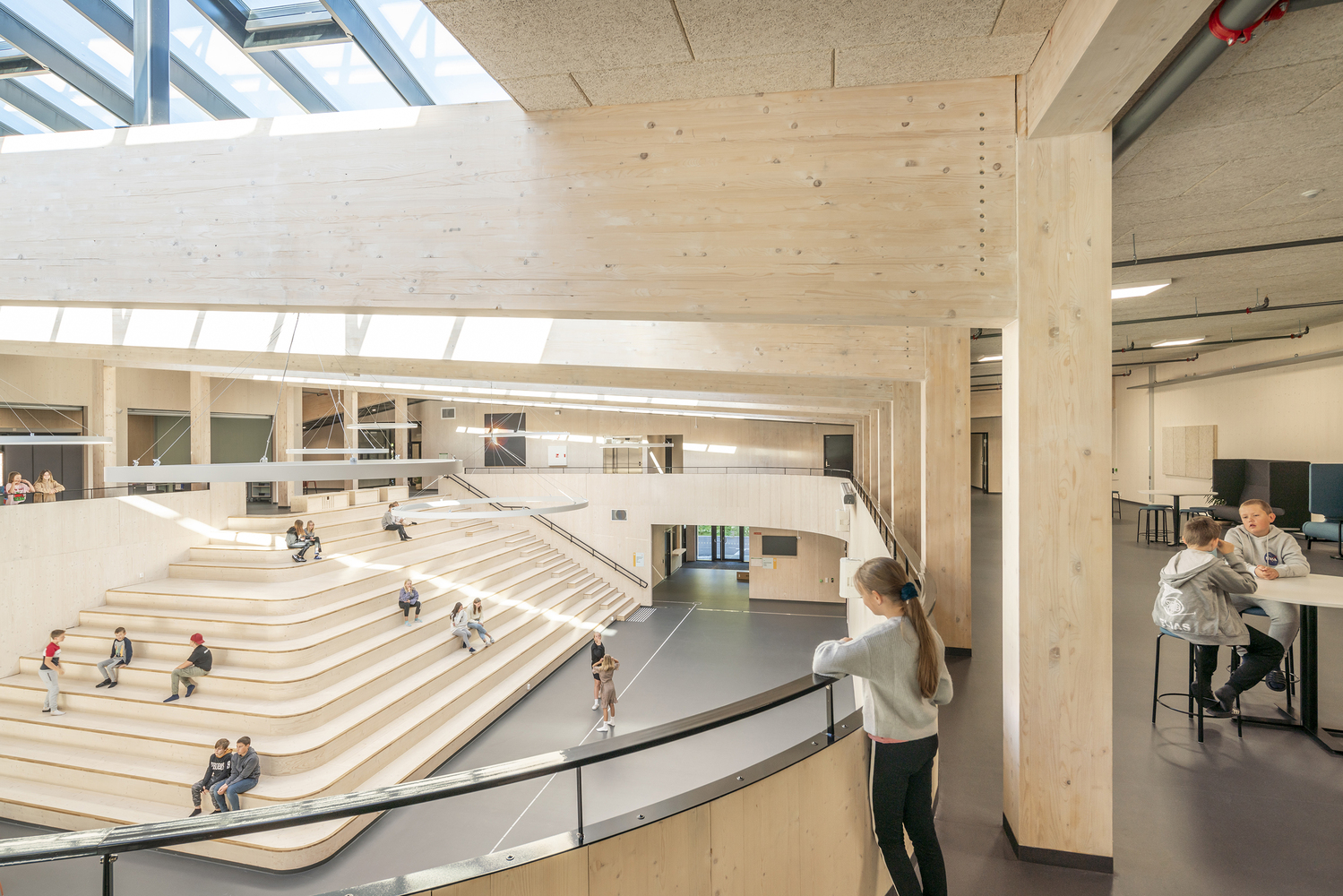 I’d go back to school for this!  Just from that first picture alone… but there’s plenty more goodness in the design of this elementary school. 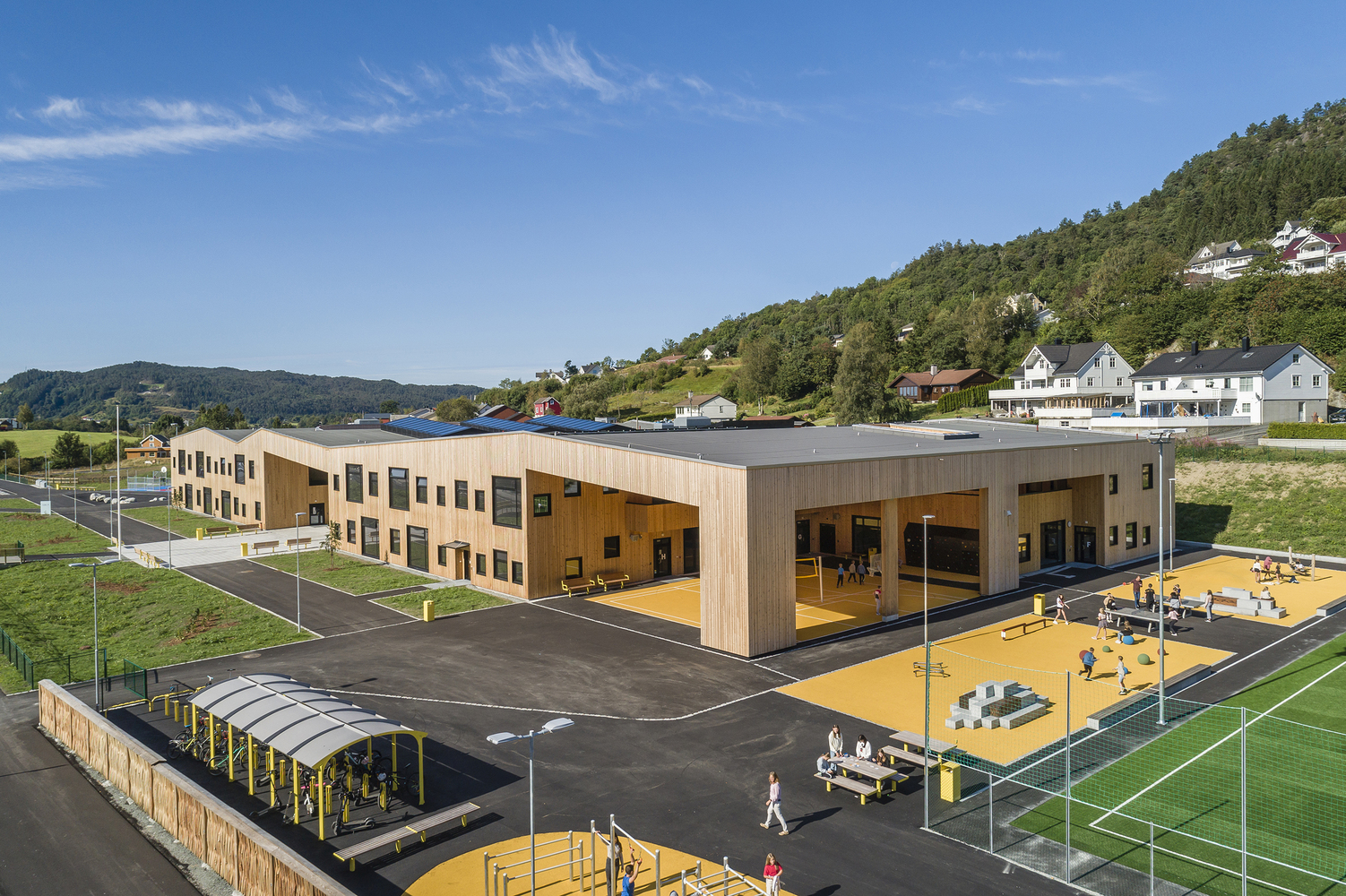 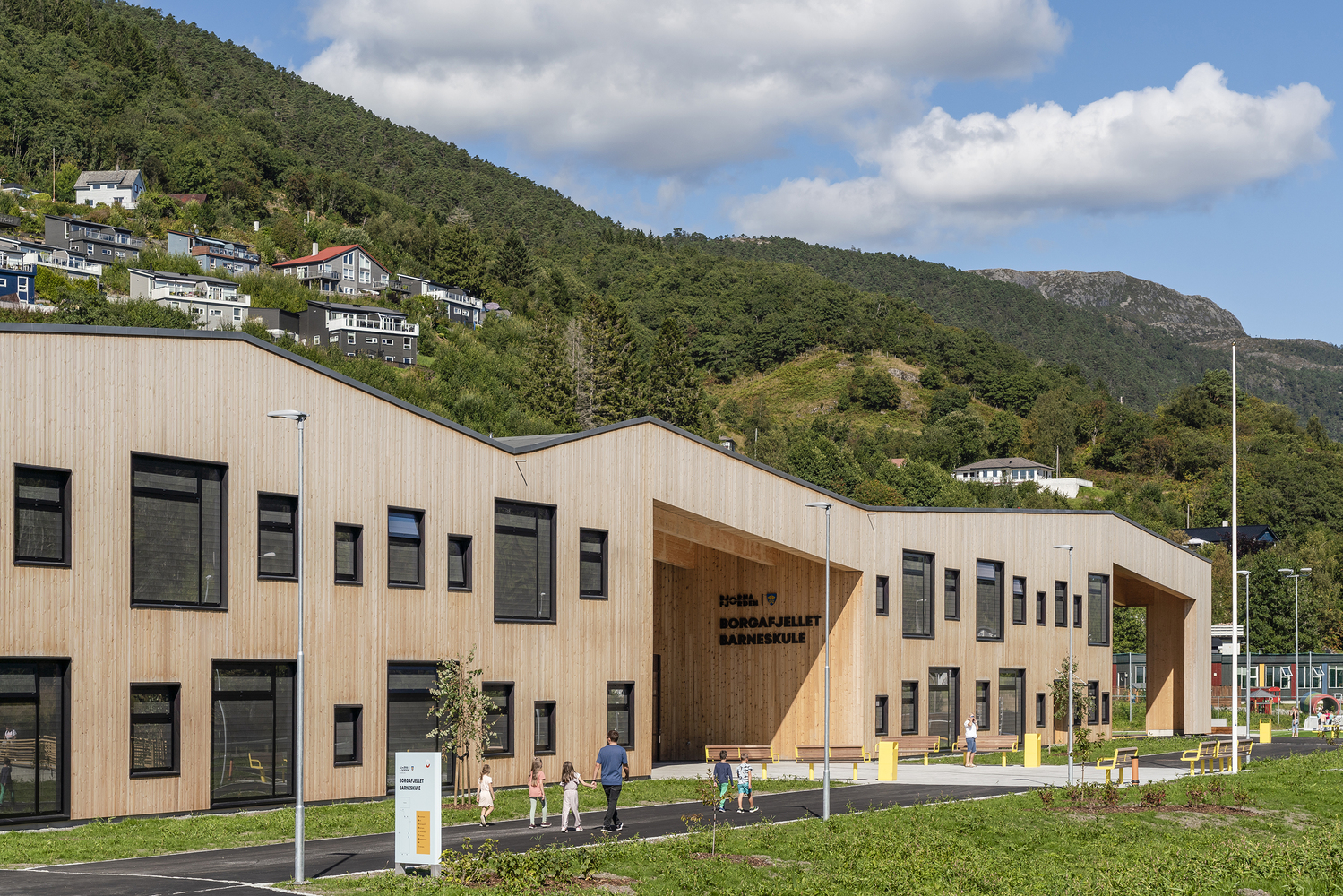 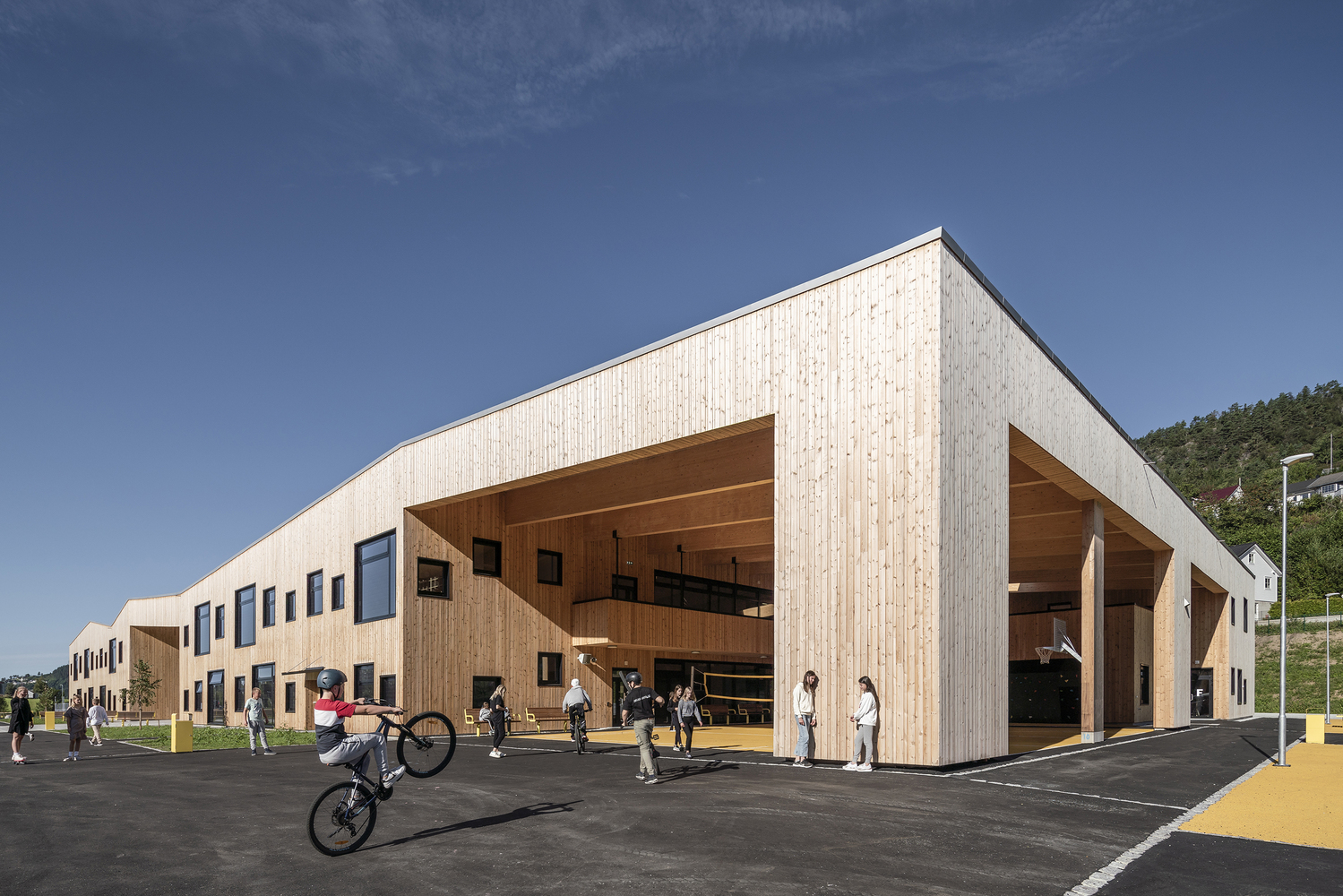 The zig/zag sawtooth roofline is neat on its own, but it’s especially neat how the building pushes and pulls its volumes to use those ridges to create both an entry portico and a larger covered outdoor sports area (complete with observation gallery and right next to the indoor gym). 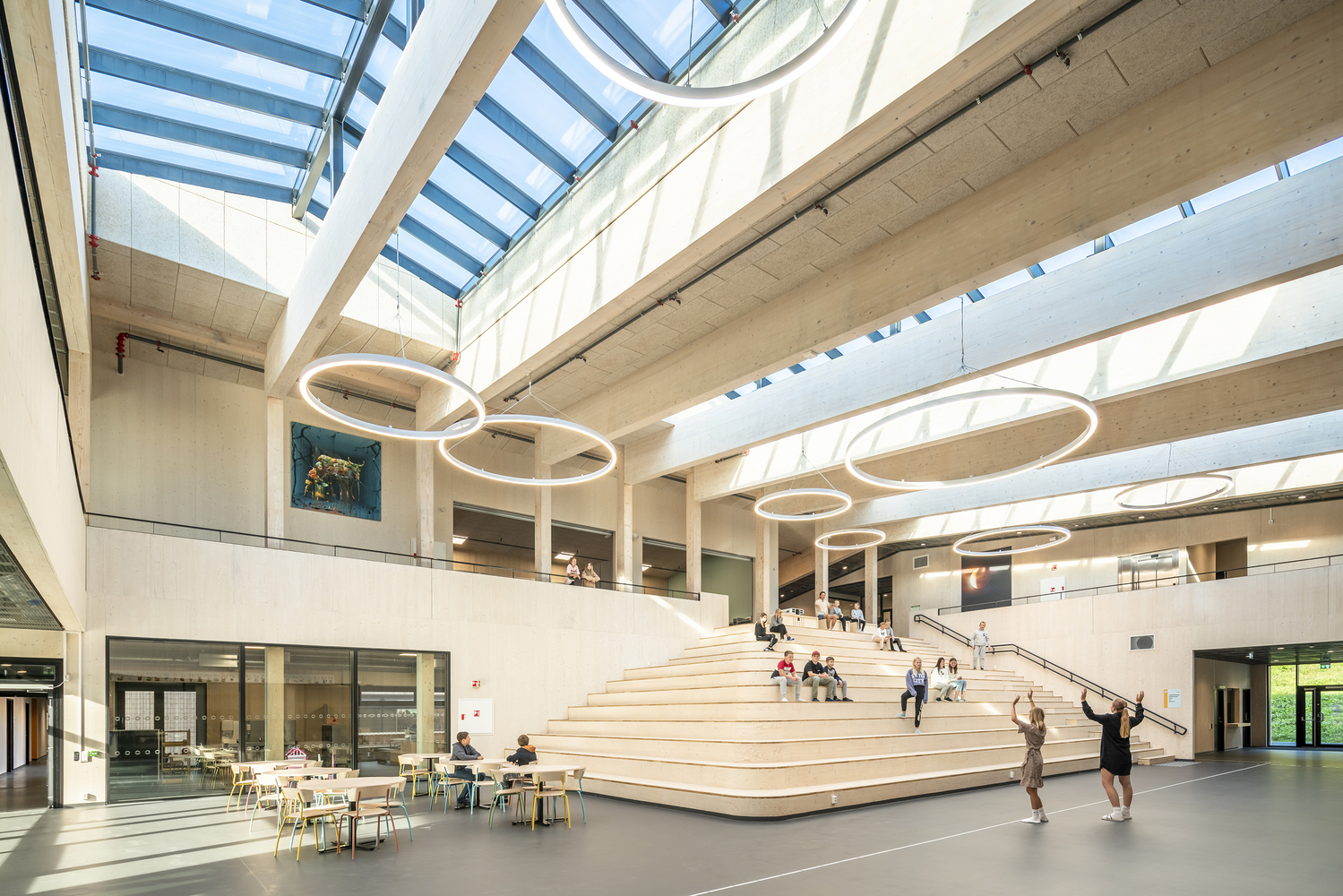 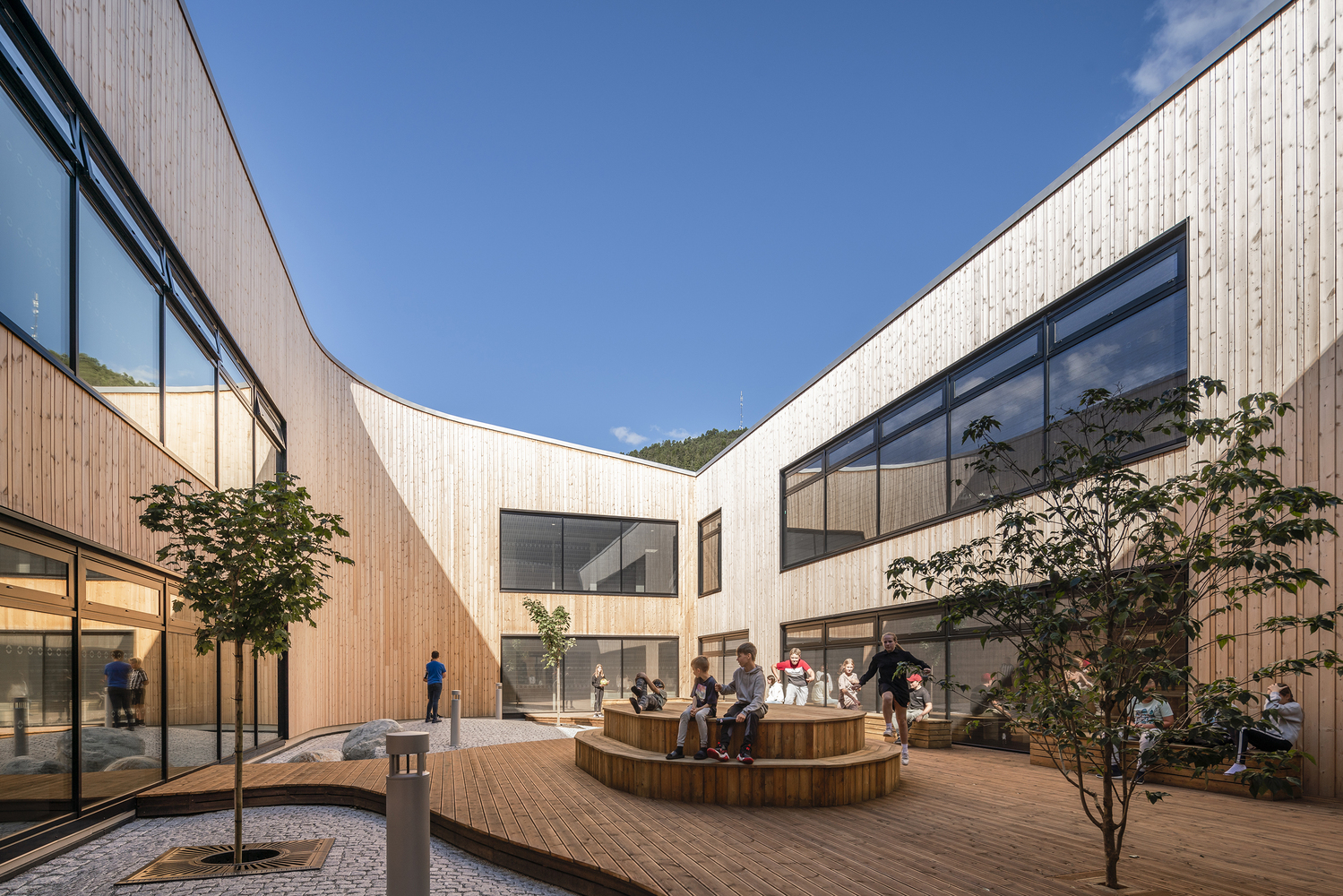 And then to complement that bold entry hall/assembly space there’s a more intimate courtyard. 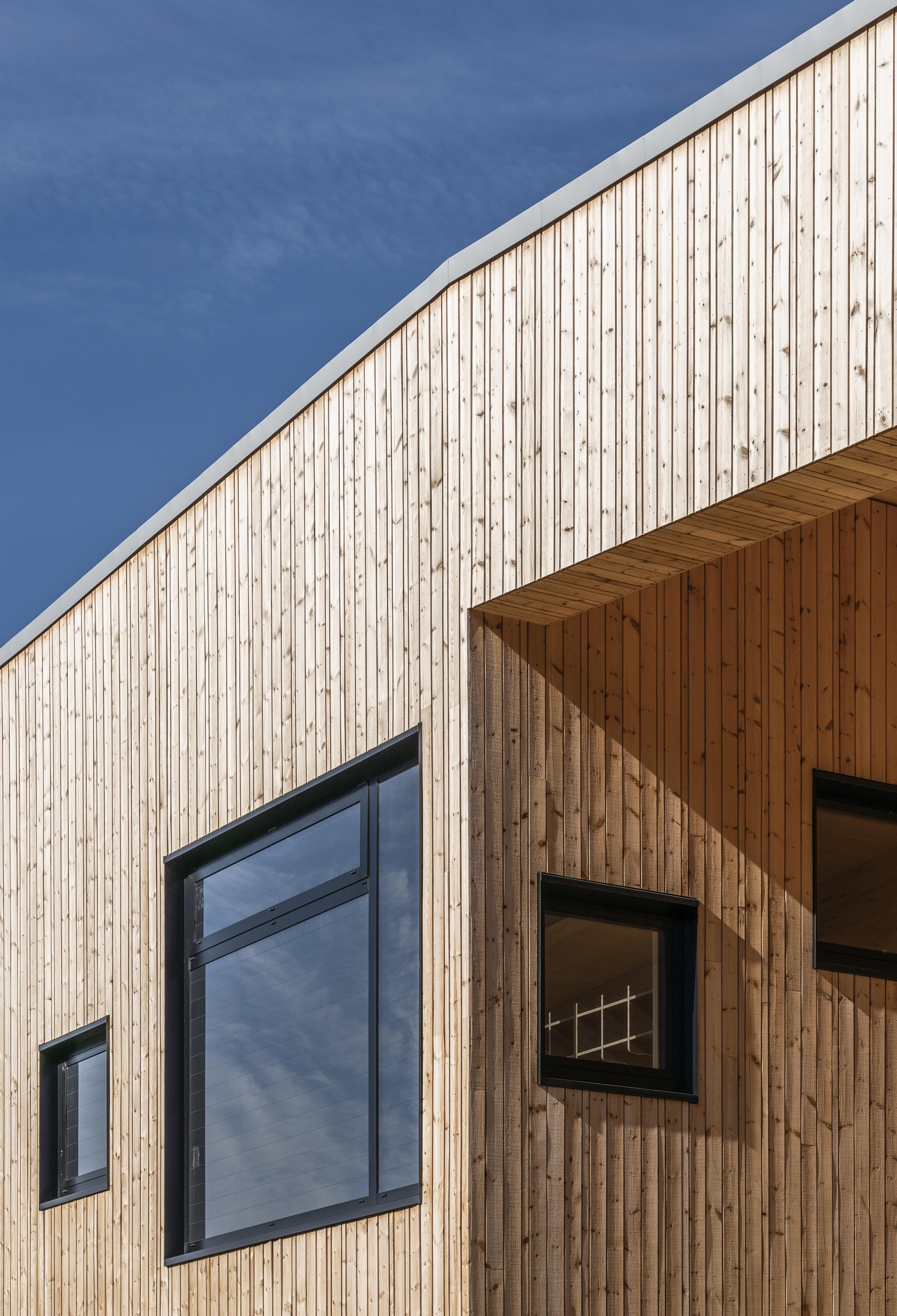 Sweet design.  Love the LVT/large timer frame, the infusion of light, the sculptural form, and the care to create an environment befitting our children.

Woah.  “Toronto chef cuts things into super-thin slices,” is accurate, but “thin” is not epic enough to describe just how crazy-thin he can slice things!  Mad knife skills!

The purpose of art is not to be good at it.

The purpose of art is for SELF-EXPRESSION.

The reason we hone our craft – ie “get good” at it – is to better express.  So that our self-expression is as full and free and clear and powerful as it can be.  And that’s awesome.

The purpose of art is not to get praise.

The purpose of art is for SELF-EXPRESSION. 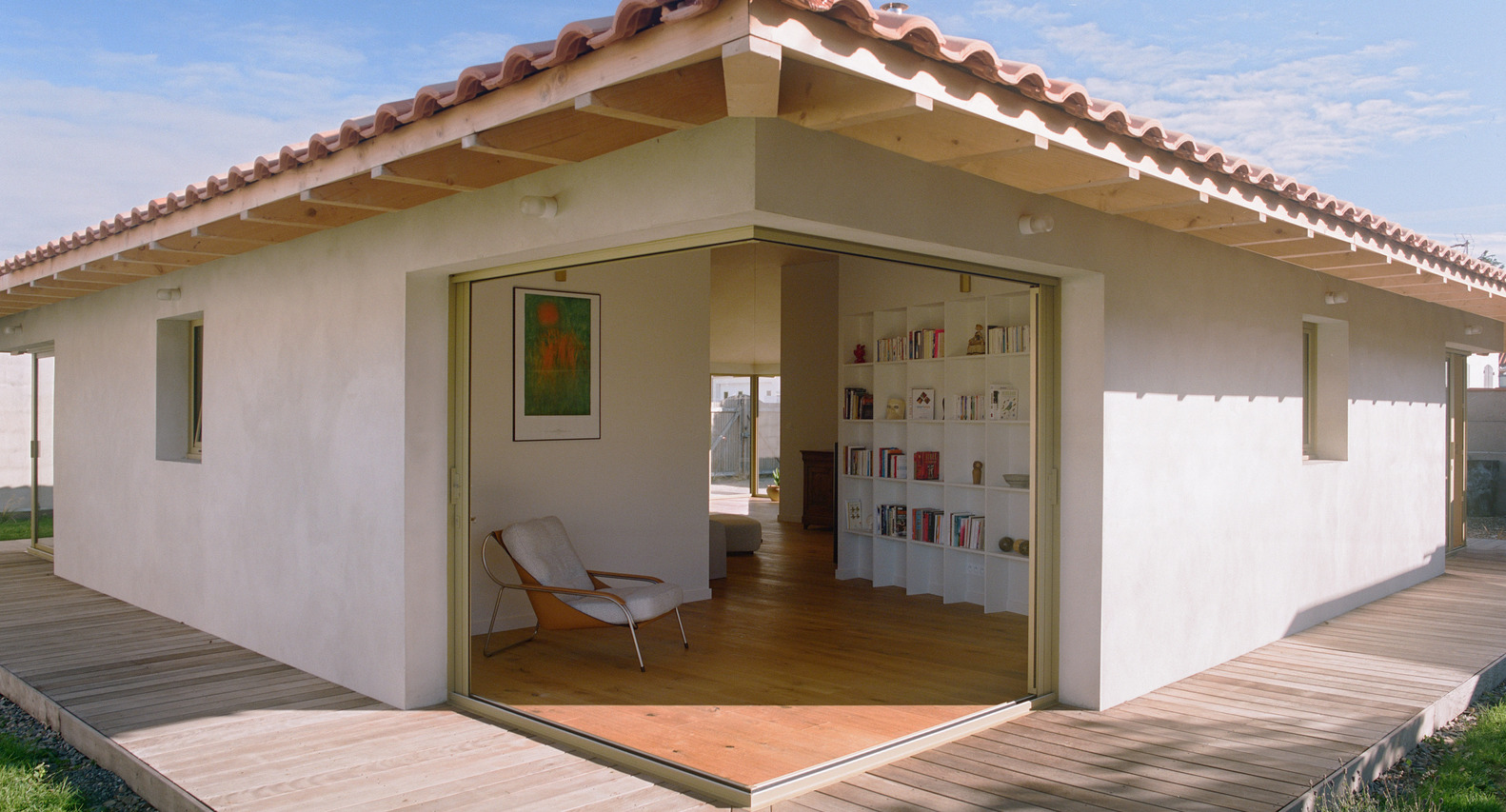 There’s something cool about rooms that blow away the corners.  FLW often did so in his houses, but it’s a fairly common technique that breaks down the confines of a room in a most peculiar way (especially given how accustomed we are to rooms having definite corners).  This little house takes it to a very nifty place, a square where all four of its corners can, through pocket sliding doors, be completely dissolved. 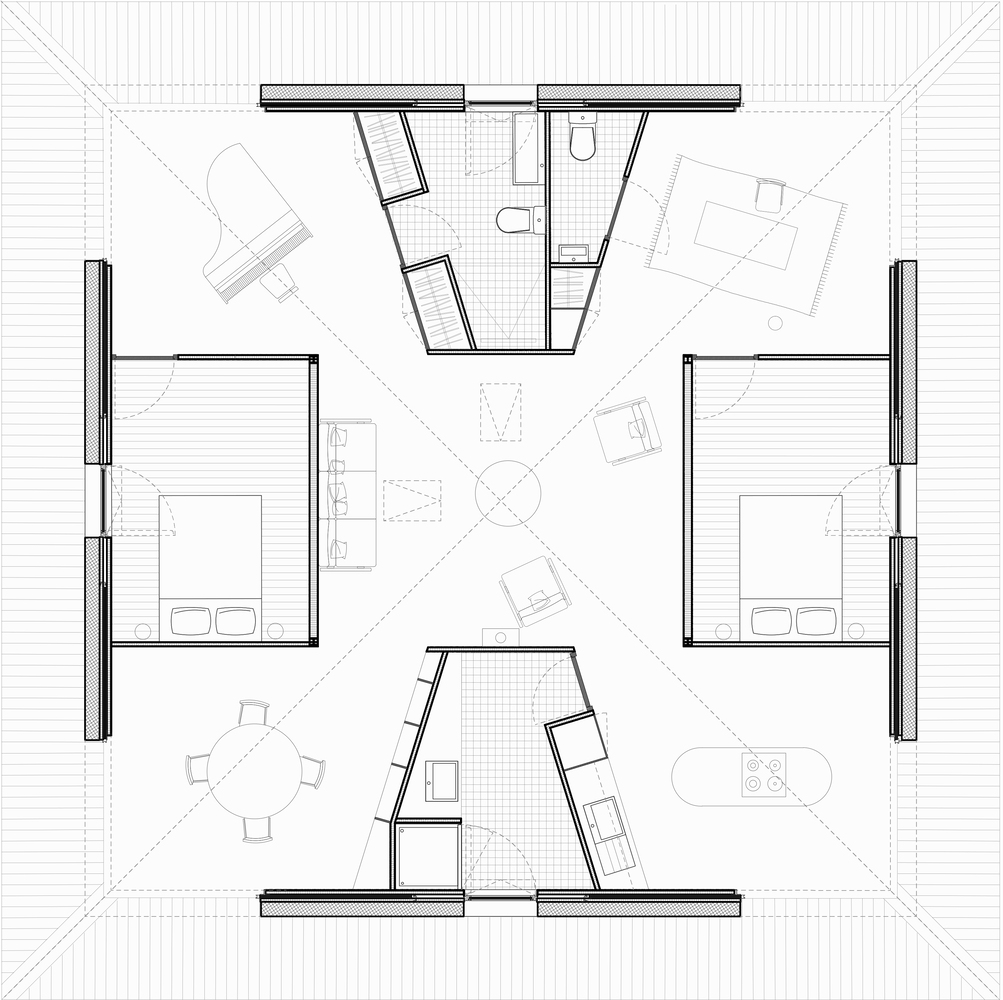 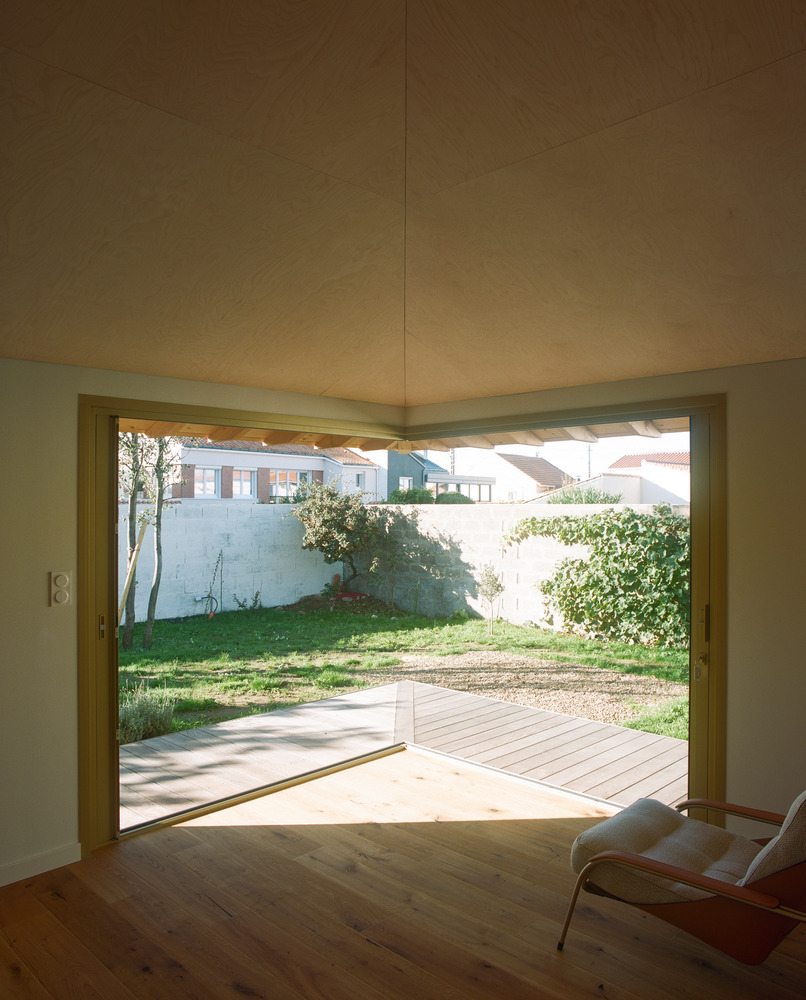 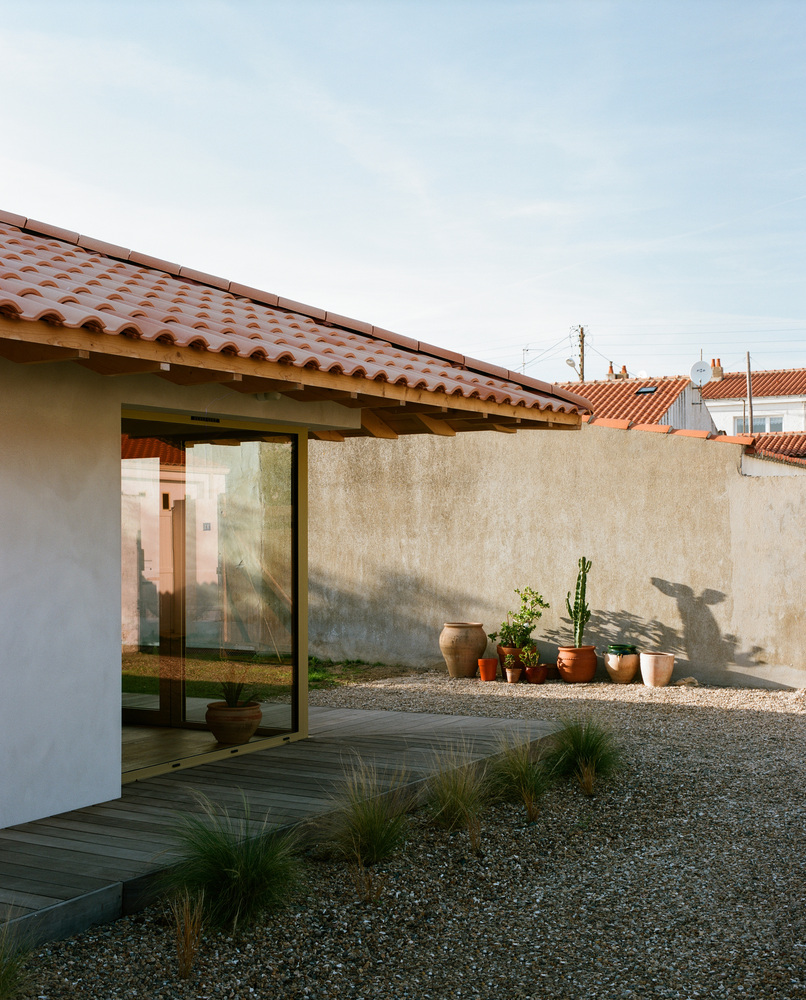 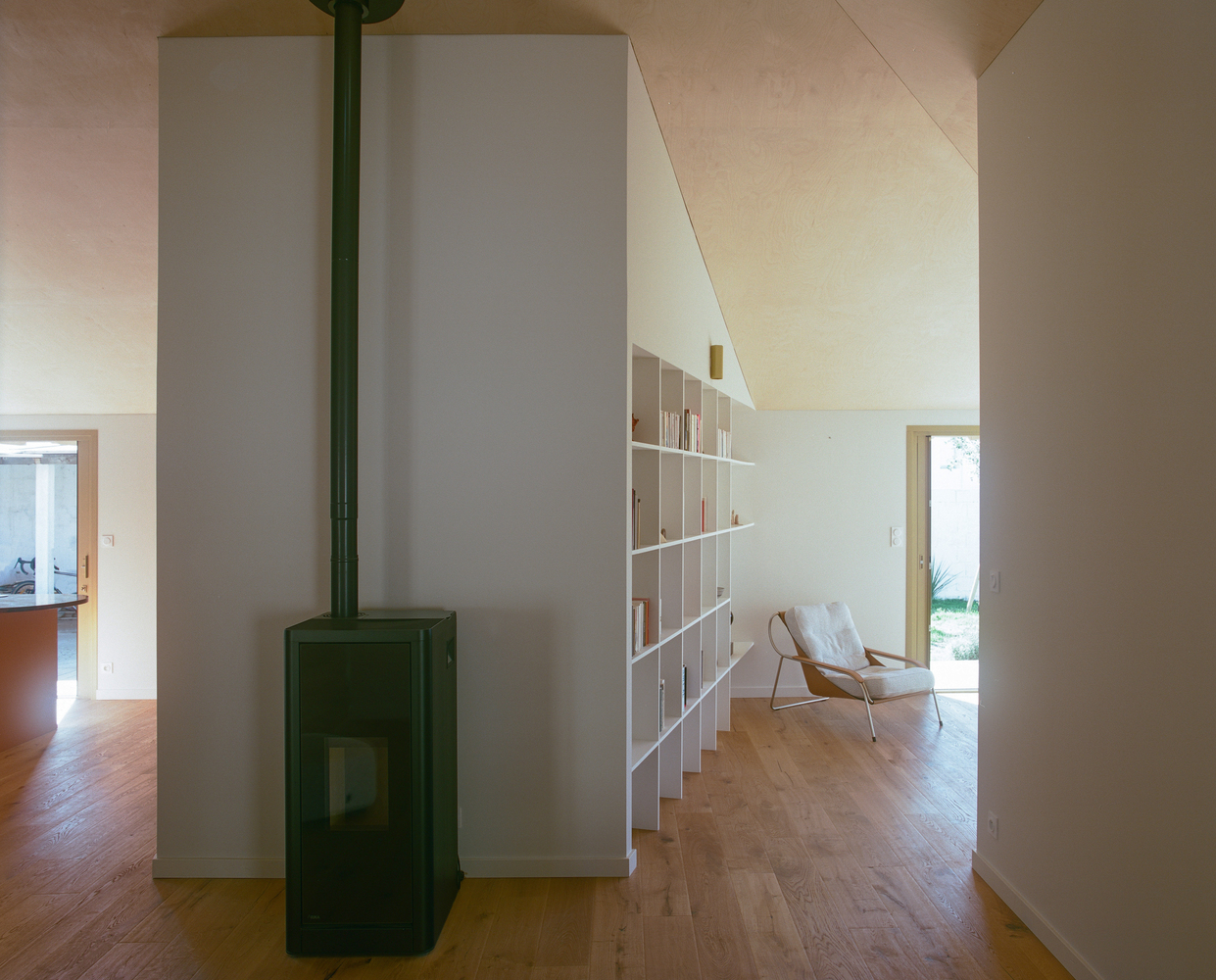 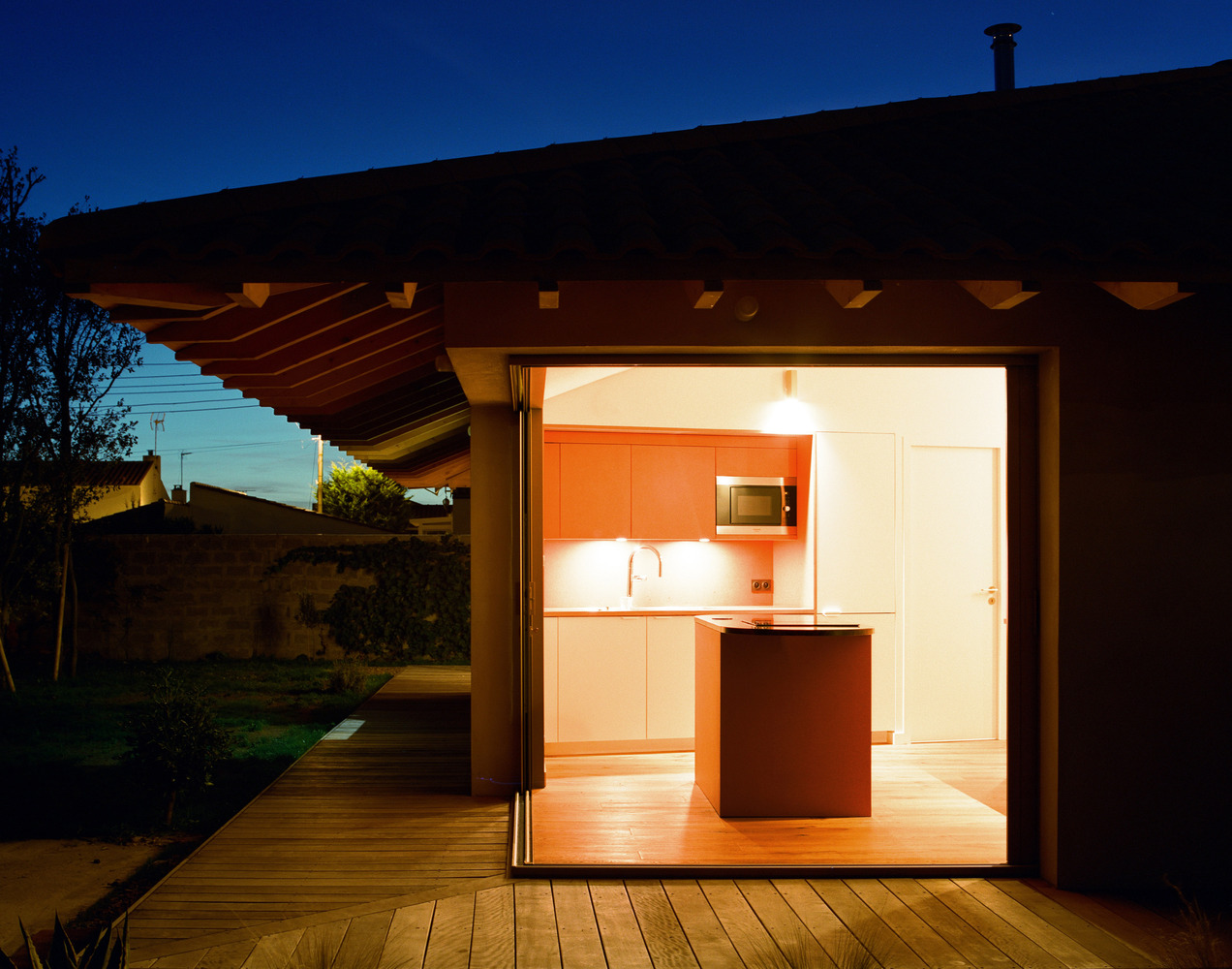 With a few more years planting and growth, each bit of the house could open into set of interconnected lush gardens (a hint of which is in the pictures below). 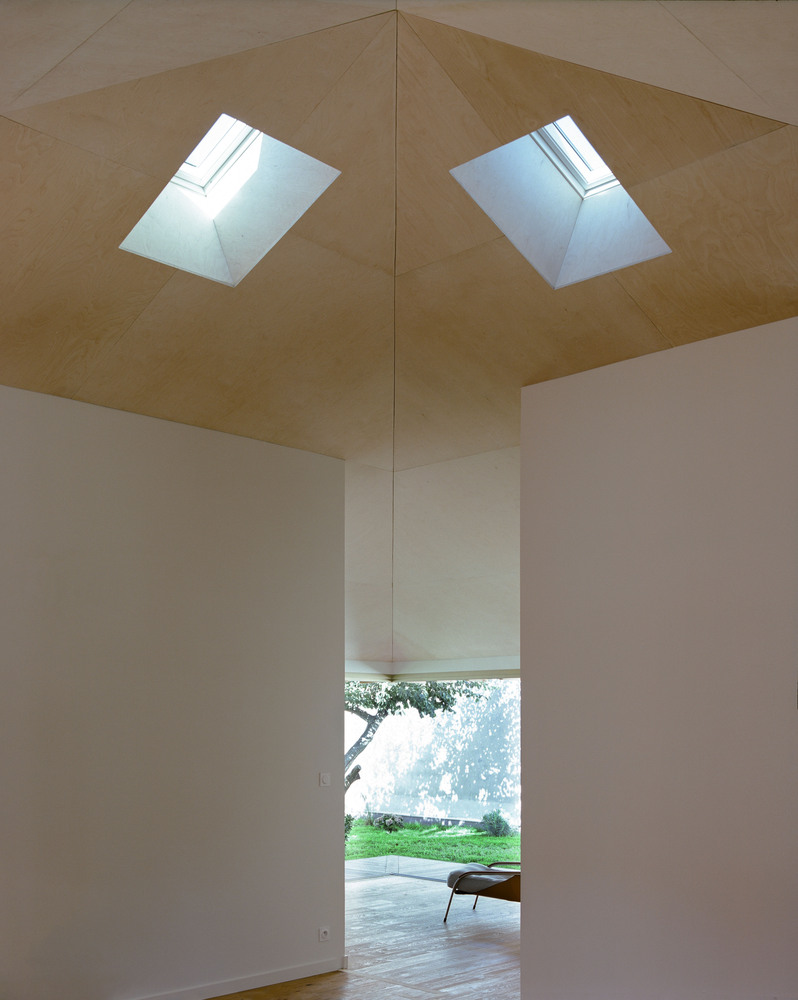 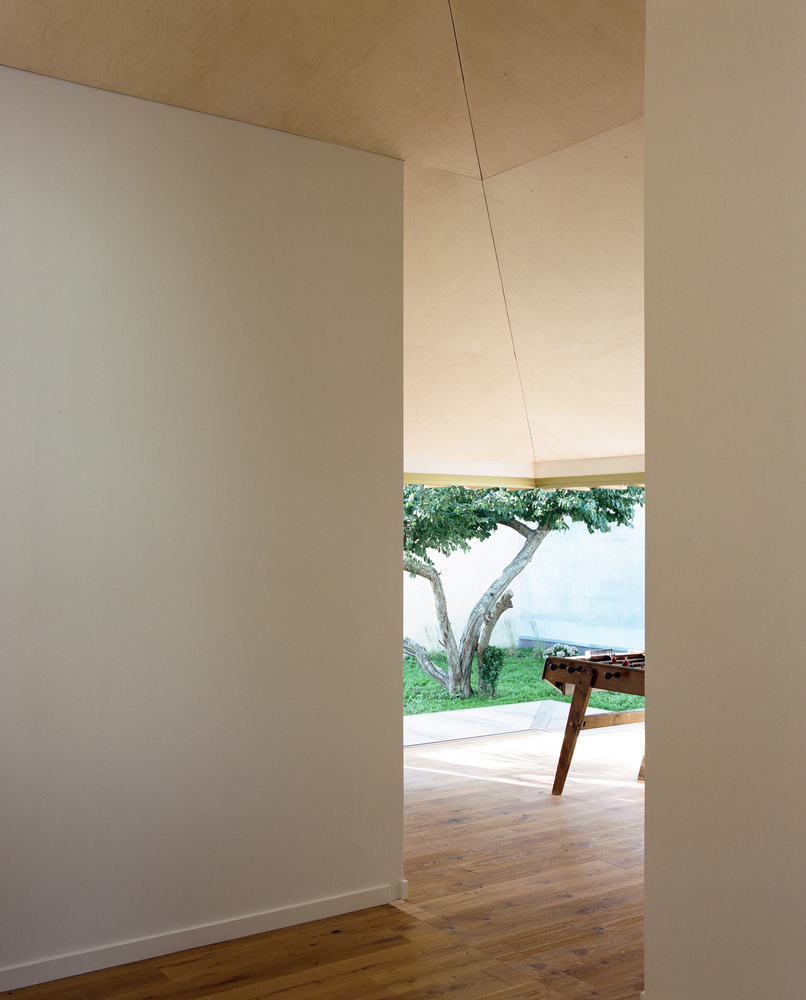 A small house that uses its neat concept to create something above the ordinary.

The None Angle House by Benoit Rotteleur Architecte.