Look, I love me all sorts of fondue, but even I agree that last one is a good rule!

by Foxes in Love I think tonight is a great night to swing by a winery… and wait, it’s designed by Tom Kundig?  SIGN ME UP! There’s an elegant simplicity to the layout here:  two bars, one that follows the slope of the land, the other that juts outward to hover above it, both clad in weathering steel that grounds it visually into the surrounding hillsides.  The sloping bar contains the functions of the winery while the other contains offices and hospitality bits.  Where they meet, a large covered portico shields entry both for visitors as well as for the grapes, entryways for where all the magic begins. 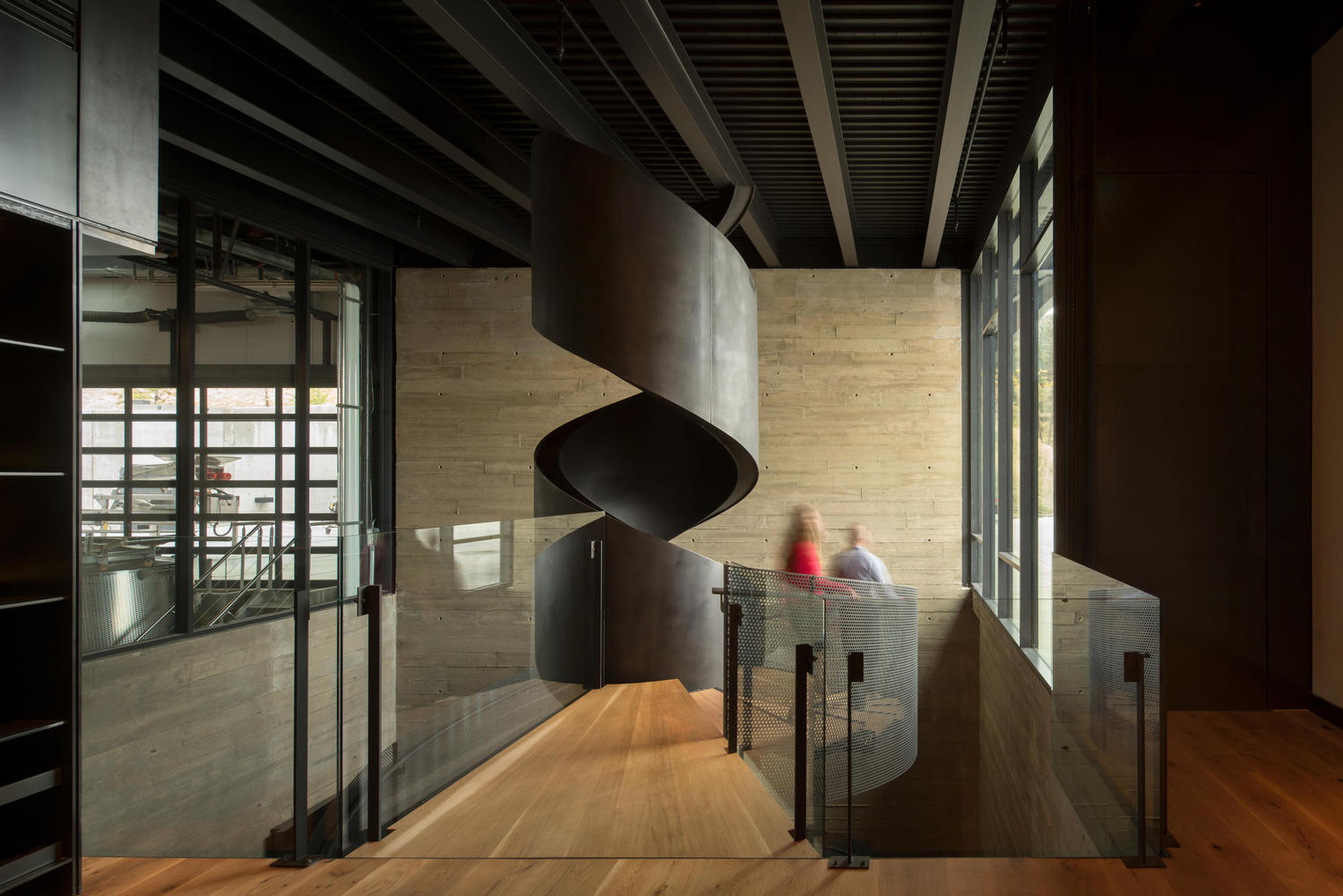 This straightforward arrangement is accentuated by highlighting the changes of elevation and playing up where the two bars interact.  This is accompanied in no small measure with the hallmark Kundig-style precision detailing that embraces the best of industrial craft.  And  absolutely, a precision deployment of theatricality (which is totally appropriate here). 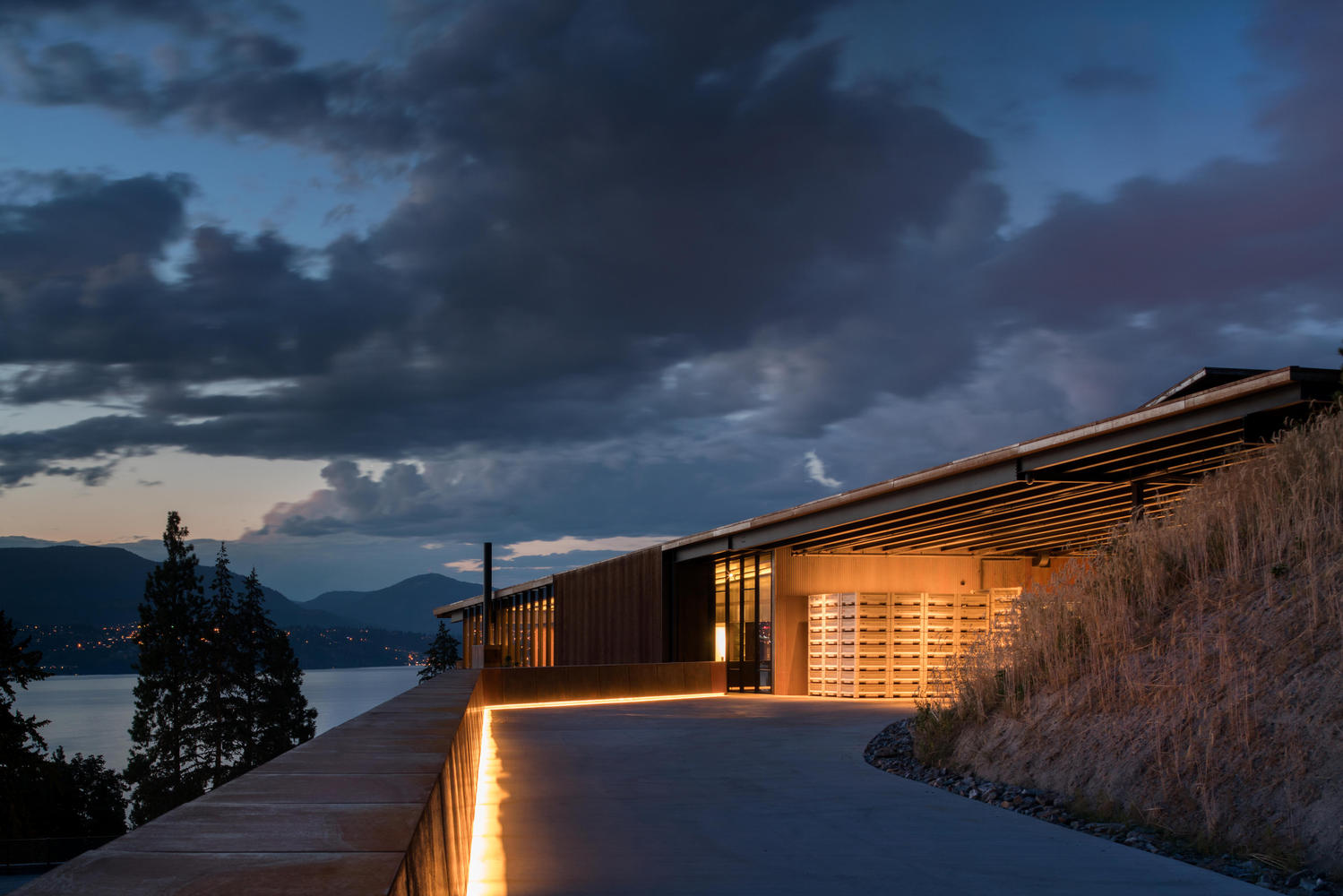 I’ll raise a glass to that!  And now that’s at least two amazing wineries in BC by Olson Kundig Architects… all the more impetus for me to visit sometime.

Wasa Bread is great.  Totally delicious.  So I was excited to find this in the store:

Hooray!  Must try.  And I did, and they are exquisitely good.  Happy dance time!

But… then there’s this:

Still delicious.  But not keen at all on the packaging…

Companies were adding copper to vegetables to make them look greener and 20 Mule Team Borax to butter as a preservative—assuming it was butter and not beef tallow or ground-up cow stomach dyed to look like butter. Spices contained things like ground coconut shells, charred rope, brick dust, even floor sweepings. Honey was often little more than dyed corn syrup. The phrase “a muddy cup of coffee” might date back to this era, when ground coffee typically contained dyed sawdust, tree bark, or charred bone, and fake coffee beans were made out of wax and dirt. “I’m especially bitter about this, because I love coffee,” says Blum.

Dairy suppliers were among the worst offenders, adding pureed calf brains to milk to make it look more like rich cream, thinning the milk with water and gelatin, and then adding dyes, chalk, or plaster dust to correct the color. Worst of all, they added formaldehyde—then widely used as an embalming fluid to slow the decomposition of corpses—to milk as a preservative. (The additives were given innocuous names like Rosaline and Preservaline.) Hundreds of children were sickened, and many died, from the tainted milk. Formaldehyde was also used as a preservative in meat.

That was the driving force behind Wiley’s radical “Poison Squad” project. (He actually referred to it as “hygienic table trials”; journalists gave it the more colorful moniker.)  He recruited several young men to be his guinea pigs—all of whom signed waivers—and provided them with three healthy square meals a day. The catch: half of them also were given capsules containing borax, salicylic acid, or formaldehyde. Wiley started with the borax, thinking it would be the safest additive, and was alarmed at how quickly his squad members sickened.

The results convinced Wiley that federal regulation was necessary to protect American citizens from the dangerous and fraudulent practices of food suppliers. Naturally, industry leaders pushed back against Wiley’s proposed legislation. The National Association of Food Manufacturers formed around this time, along with chemical industry manufacturing associations, as companies pooled their resources to oppose the ominous specter of government regulation. They even instituted a smear campaign against Wiley. One trade journal called him “the man who is doing all he can to destroy American business.”

With Roosevelt’s support, Congress finally passed the Meat Inspection Act and the Pure Food and Drug Act in 1906.”

— excerpt from this great article at arstechinca

It’s amazing to me that this was just over a hundred years ago.  That until then you had to spend time and effort and worry to check every thing and even with that work could never know for sure if what you were getting was what you thought you were getting and you or others could easily be sickened or maimed or die.

It’s also a great story about the scientific method, of curiosity, of rigour, of courage in the face of opposition, and a commitment to your fellow human beings.

Definitively makes me want to read the book about Dr Wiley.

Just made a butternut squash, sweet potato, tomato, collard greens, lentil, and curry stew for upcoming lunches!  Looking forward to the mmmmm over the next few weeks…

Peeking their way into the world

Though I’ve lived in this area for 17.5 years now, I’m still not completely used to how variable the weather can be throughout the day.  From waking up to wind and rain, to it being seriously overcast at arrival to class, to the sun emerging in a sudden burst of radiance, to the sky becoming well-nigh clear, to the clouds and rain returning full force in the short 10km/6mi drive home.

So, to that end, I made a big pot of cabbage soup!  Comforting warmth for everyone.  Bring a bowl.

Using the remnants of 3 chickens and 1 duck, made in the slow cooker over 22 hours.  Turned out niiiiiice…

One of our peach trees is being rather productive again this year… however, with the drought we’re being pounded with the peaches are very small.  I’d guess maybe 1/4 the size of previous years.  Stark evidence of what we didn’t get this year.

Fortunately, they are still nice and tasty!  Fresh peaches hooray!